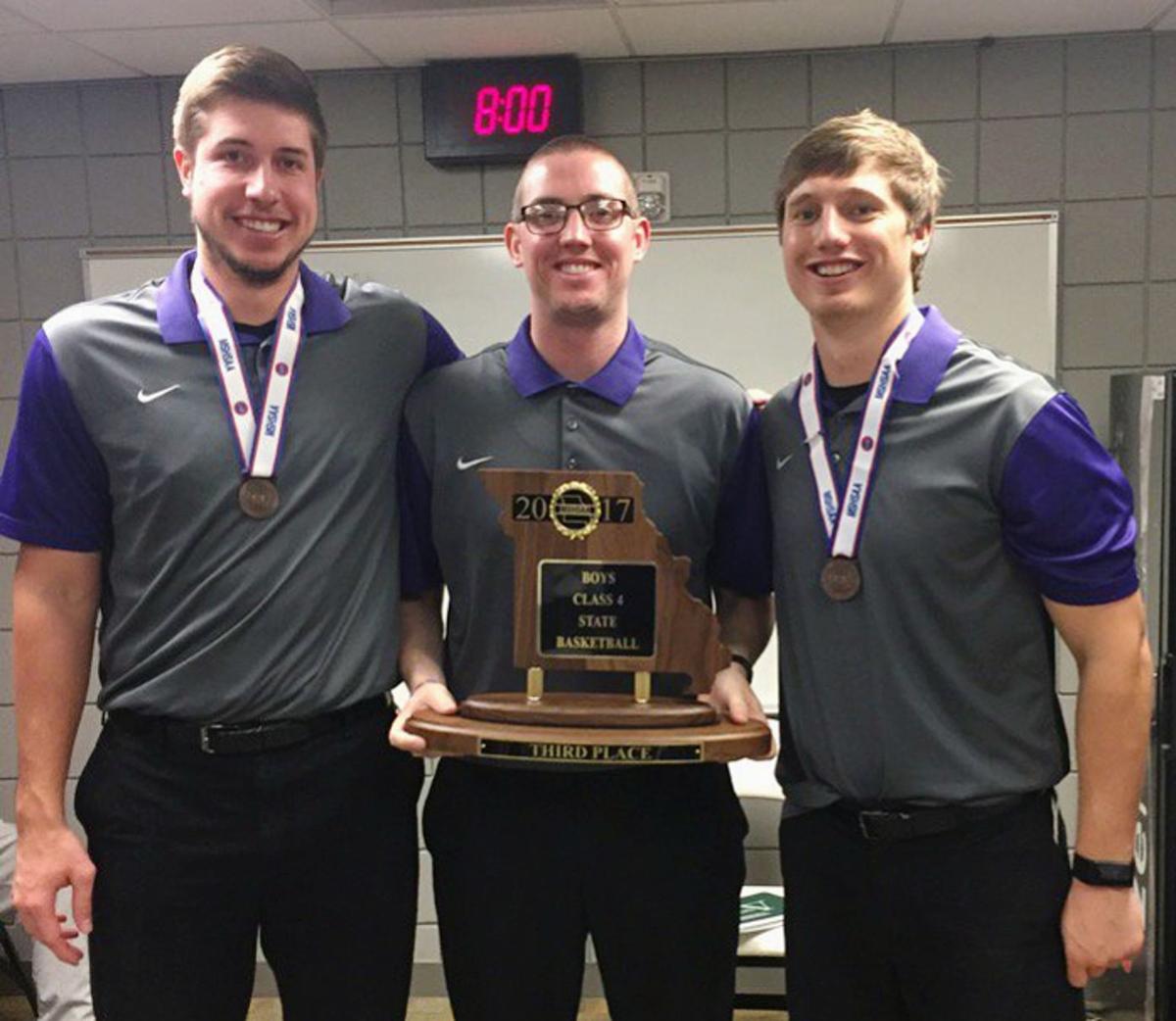 Dillon Starzl, left, is the new Kearney boys basketball coach. He will replace Kirk Stegeman, middle, who took a job as the boys basketball head coach at Winnetonka High School. 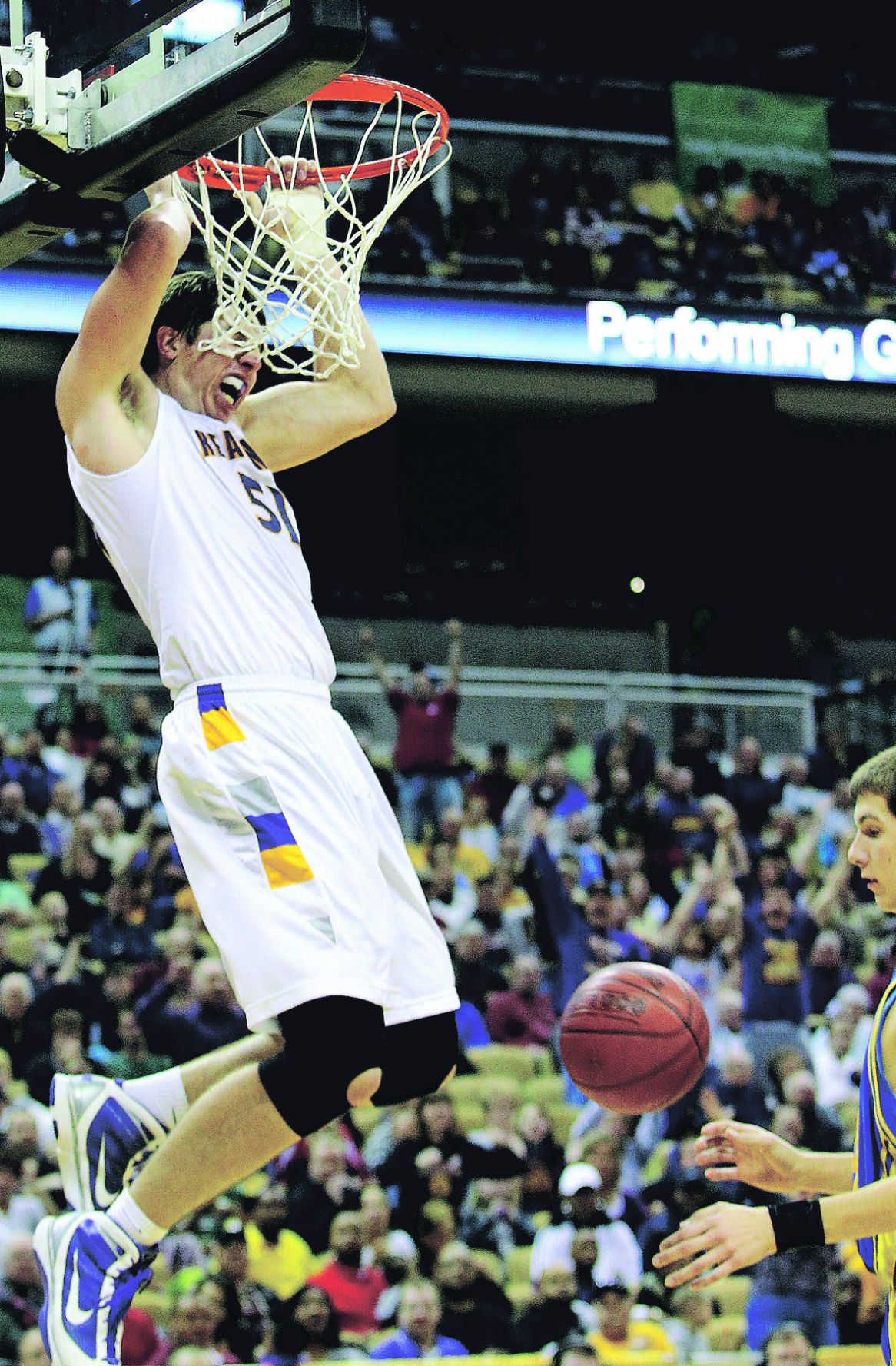 Dillon Starzl throws down a dunk during the state basketball playoffs in 2010.

Dillon Starzl, left, is the new Kearney boys basketball coach. He will replace Kirk Stegeman, middle, who took a job as the boys basketball head coach at Winnetonka High School.

Dillon Starzl throws down a dunk during the state basketball playoffs in 2010.

KEARNEY — Kearney High School has had a pattern of selecting head coaches who are either alumni or in-house candidates.

Starzl, a 2010 Kearney graduate, spent the last four years as an assistant coach for the Bulldogs.

“It’s been a dream for a while to be the head coach of Kearney basketball,” he said. “I didn’t know it was going to be this quick.”

Starzl replaces Kirk Stegeman, who announced in May his departure for the heading coach job at Winnetonka High School. Kearney finished with a 60-51 record in four seasons under Stegeman. His teams won two district championships and earned a third-place finish at state during his first season at the helm.

Starzl said it’s important to continue building on the great things Stegeman created while also starting to make this program his own.

“I can’t say enough about Kirk guiding me along this whole process,” the new head coach said. “He taught me everything I know so far in terms of coaching. He’s going to do great things.”

Starzl was born and raised in Kearney. He helped lead the Bulldogs to a state championship in their 2009-10 season, averaging 14 points and 9 rebounds during his senior season. Starzl continued his basketball career at Northwest Missouri State, where he earned all-MIAA honors as a senior and became the 11th player in school history to surpass 1,000 points and 500 rebounds in a career.

“I’m just extremely excited,” he said. “I learned a lot about myself going through the (hiring) process and kind of developing how I would want my program to run. I’m extremely grateful and I’m ready to get started building memories with my athletes that are going to last a lifetime.”

Starzl also became the Kearney boys golf head coach in the 2019-20 school year, but his first year at the helm faced a canceled season due to the coronavirus pandemic, which caused school closures in March. He tried to help his players deal with the adversity by giving them a unique perspective.

“I told my seniors, ‘Hey, you can tell everyone you had an undefeated senior golf season,’” he said.

Starzl is married to Brittini Starzl, another Kearney grad who is head coach of the Golden Girls dance team. The couple has one child, Kayson, who will turn 2 in July.