You are the owner of this article.
Edit Article Add New Article
You have permission to edit this article.
Edit
Home
News
Sports
Obituaries
Opinion
Announcements
Special Sections
Multimedia
Classifieds
Info
1 of 5 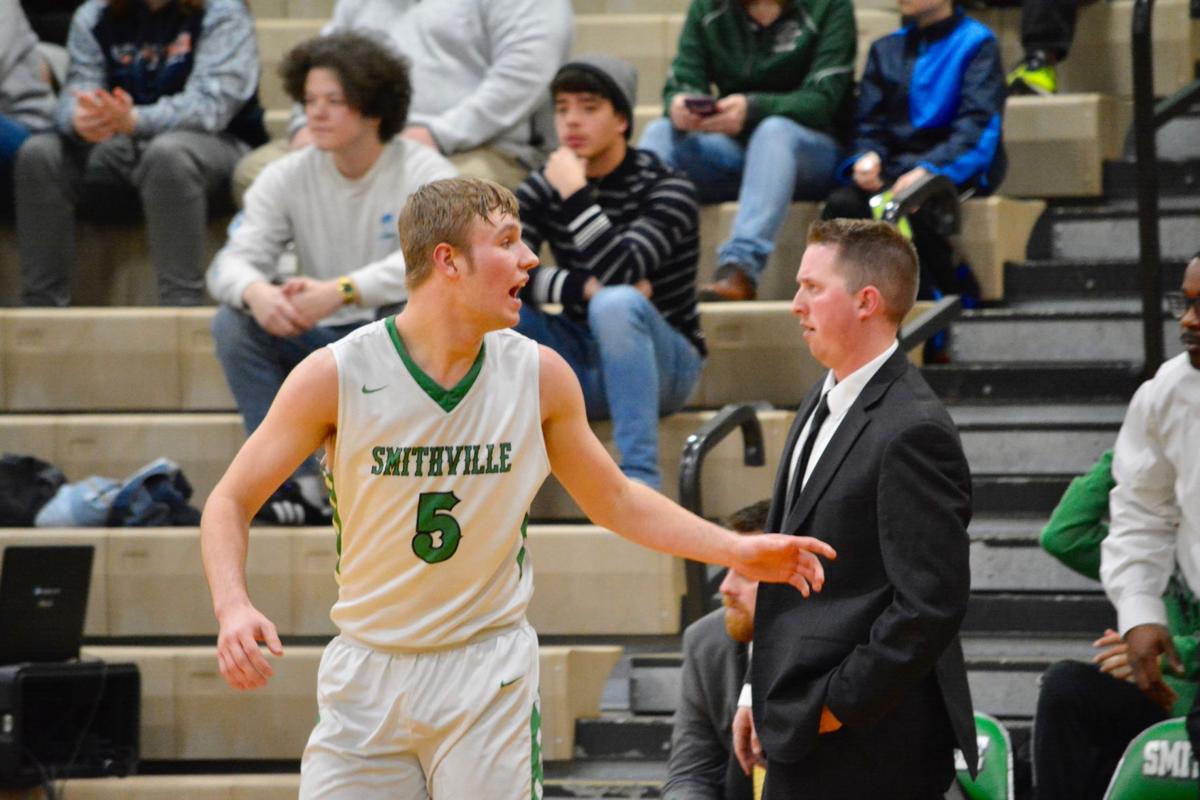 Smithville guard Paxton Payne communicates with his teammates on the bench during a game against Grain Valley Friday, Feb. 7, at Smithville High School. 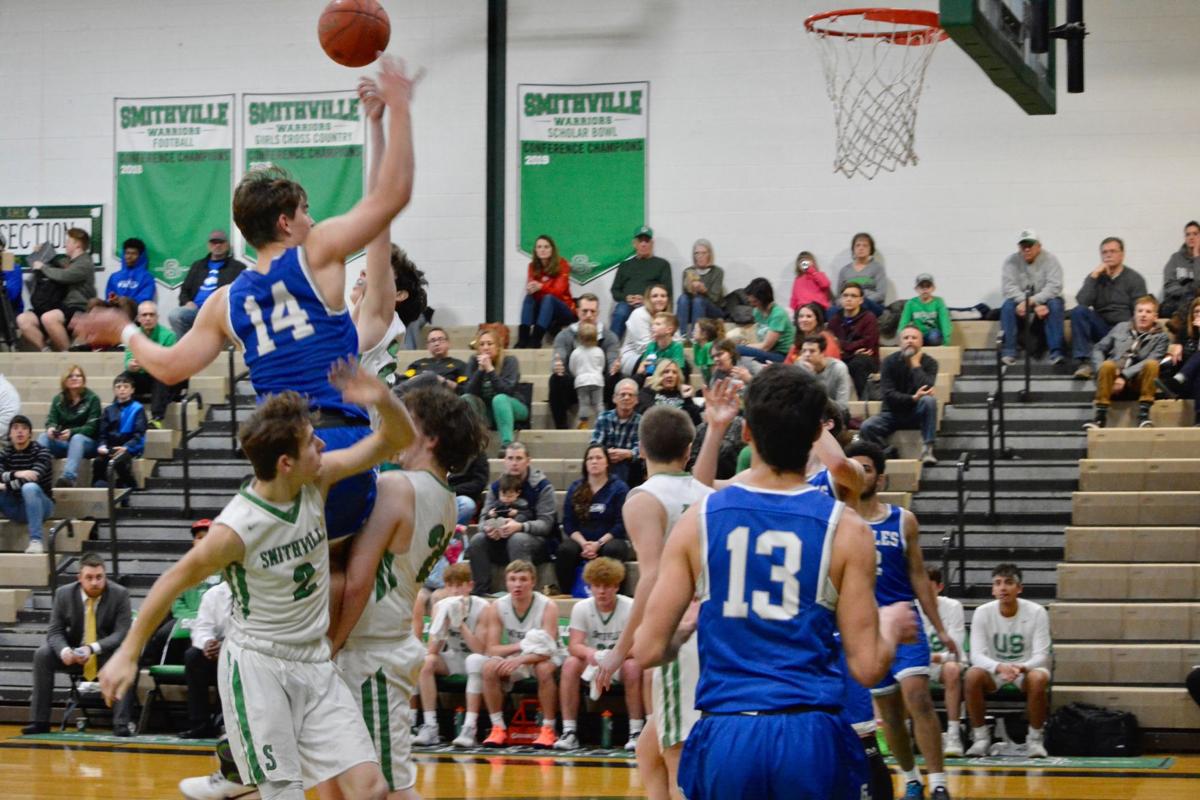 Grain Valley guard Caden Melton loses the ball as he slams into a sea of Smithville defenders during a game on Friday, Feb. 7, at Smithville High School. 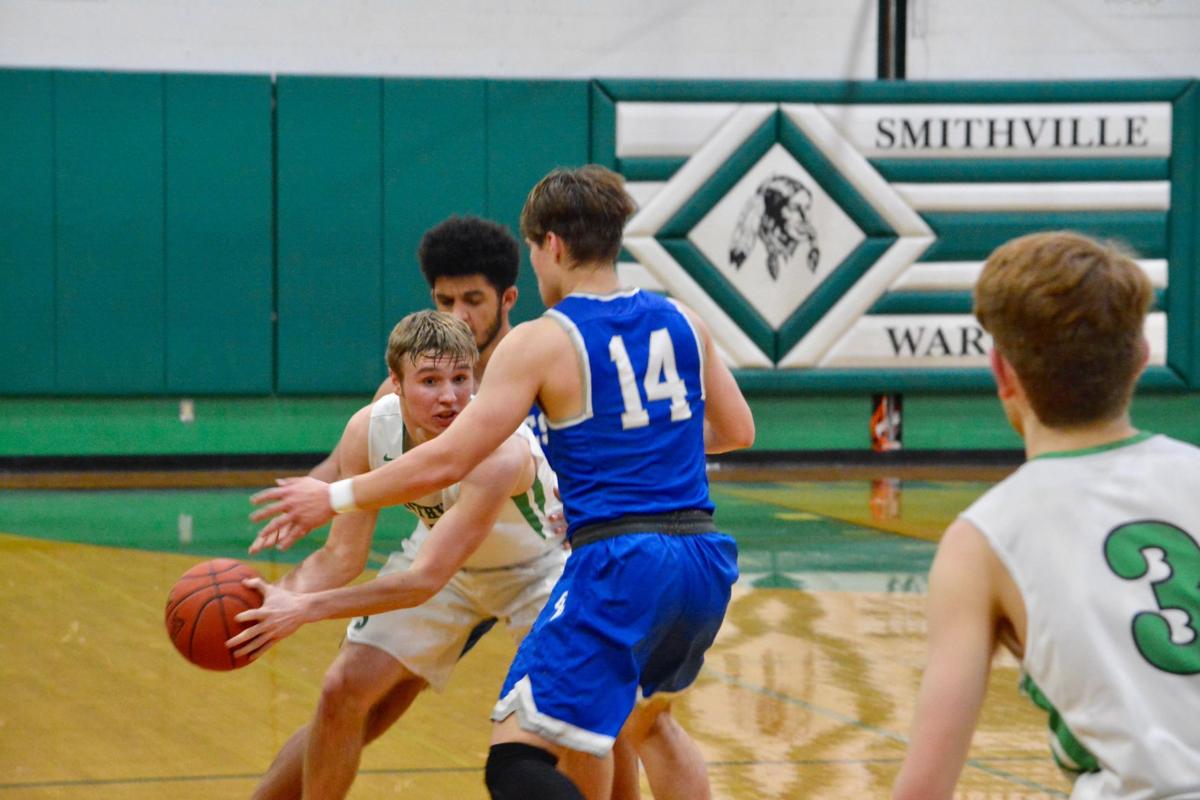 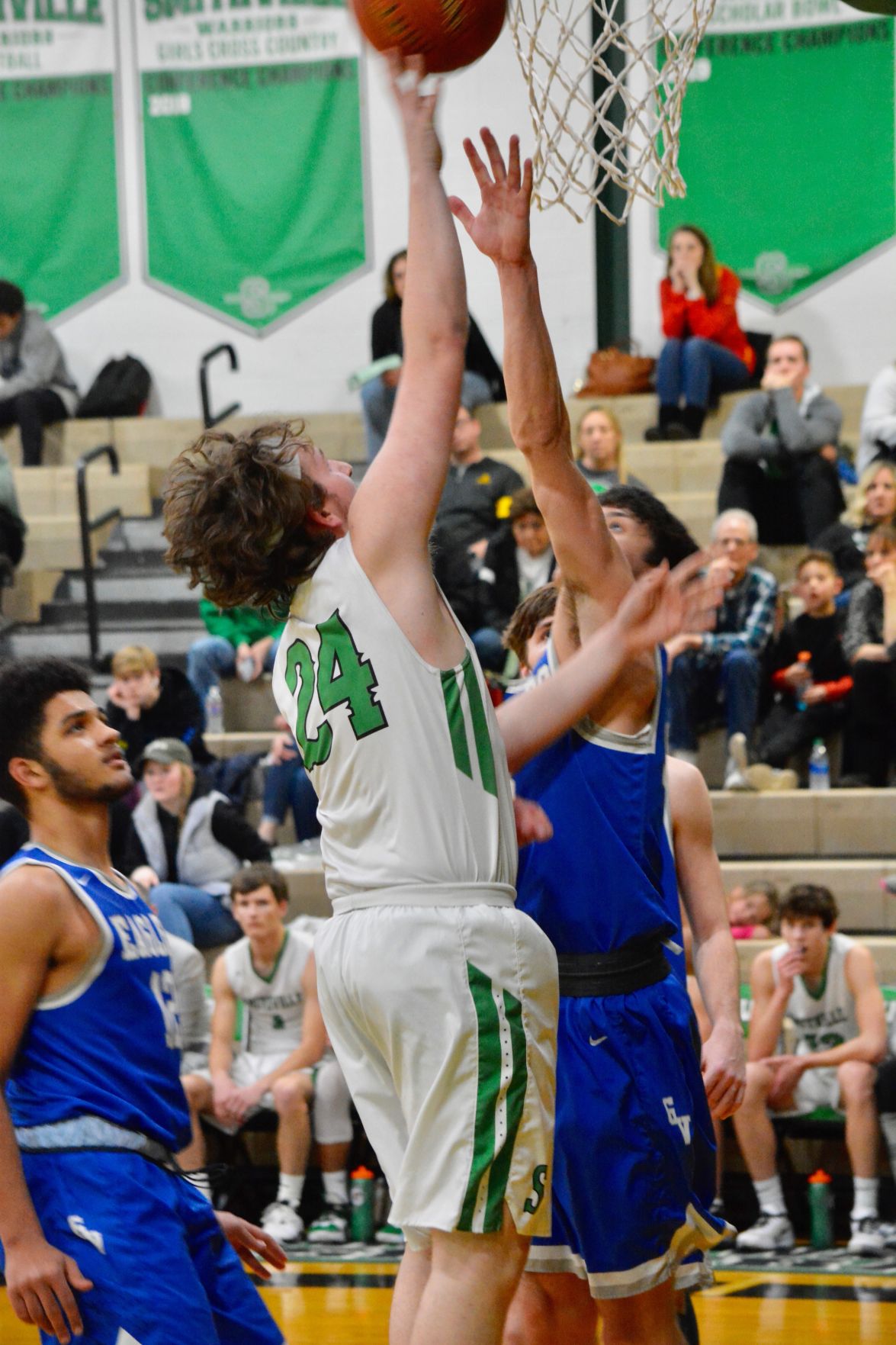 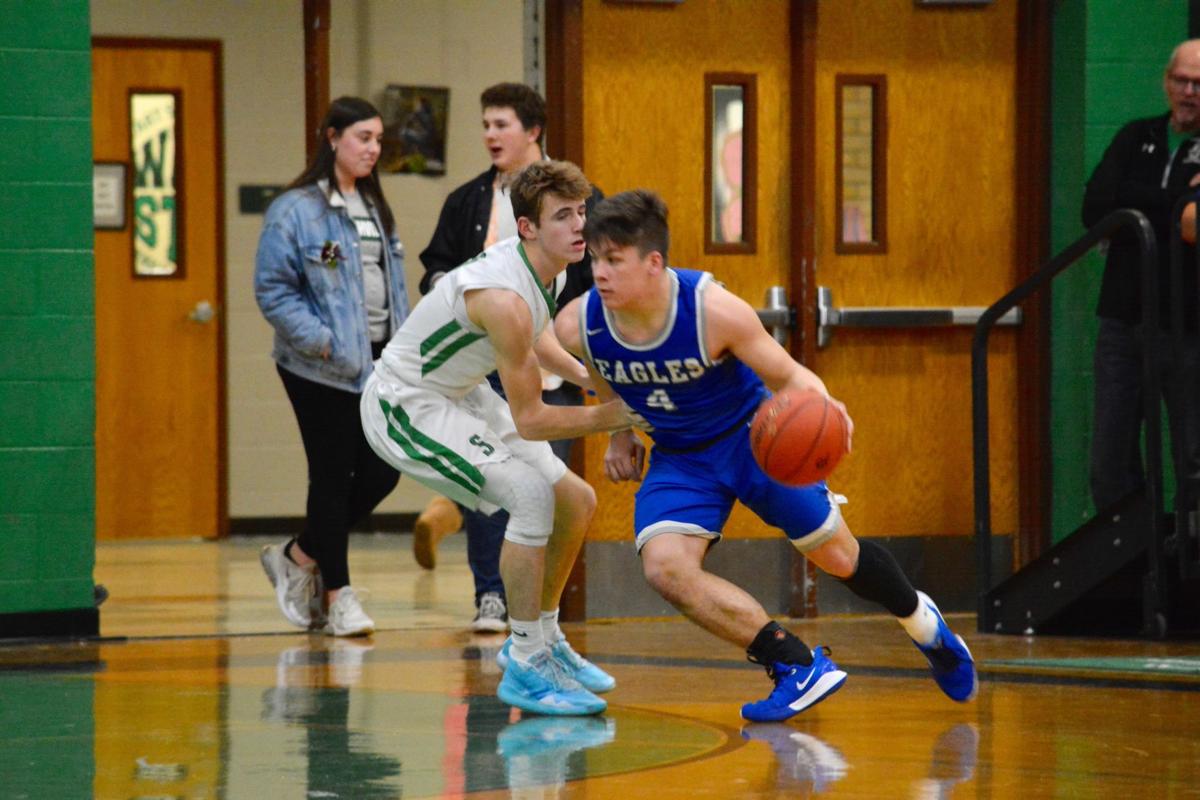 Smithville guard Paxton Payne communicates with his teammates on the bench during a game against Grain Valley Friday, Feb. 7, at Smithville High School.

Grain Valley guard Caden Melton loses the ball as he slams into a sea of Smithville defenders during a game on Friday, Feb. 7, at Smithville High School.

SMITHVILLE — The Warriors boys basketball team felt like they had momentum heading into senior night, but were unable to get their shots to fall as Grain Valley’s high-powered offense ran away with a 77-53 victory Friday, Feb. 7.

The Warriors kept it close in the early going, trailing 17-13 at the end of the first quarter. But Smithville (7-11, 2-7 Suburban Blue) started missing shots on their way to a 16-of-45 shooting night. Warriors coach Eric Bennaka called a timeout midway through the second quarter, but that didn’t stop the Warriors from being outscored 21-10 in that period.

“We just never found our stroke there,” Bennaka said. “That’s when the lead kind of got out of hand. And that’s not an uncommon thing for us. We can get hot real quickly, but the second quarter we just got cold shooting.”

Smithville senior guards Tucker Sharpe and Paxton Payne were the only Warriors able to keep up with the Eagles as the duo combined for 11 points in the first quarter.

“We got off to a great start in the first quarter,” Bennaka said. “We came out and shot the ball particularly well and kind of got us going and really focusing on the art of shooting.”

But those two went cold as well in the second quarter, with only Payne picking up two more points before halftime. Payne finished with eight points and three rebounds. Sharpe ended the game with 18 points on 6-of-13 shooting from 3-point range.

With the Warriors still down 17 points late in the third, Bennaka tried to get a little creative on defense.

“We threw three to four different defenses at them,” he said. “We started in the 2-3 (zone), then we jumped back to man-to-man, then we picked them up in our press. … And credit to them, they were ready for everything we had to throw at them.”

But Grain Valley (14-7, 4-4 Suburban Blue) still headed into the fourth quarter with a 24-point margin that they maintained to the final buzzer.

Junior Nick Dakon had a rough, 1-of-7 shooting night, but he had four steals and his single basket was a second-quarter 3-pointer that helped the Warriors put an end to their cold spell.

Smithville rode a hot streak into its matchup with Grain Valley. The Warriors had won four of its last five games, and two straight games by double digits, to reach seven wins on the year — the most for the program since the 2015-16 season.