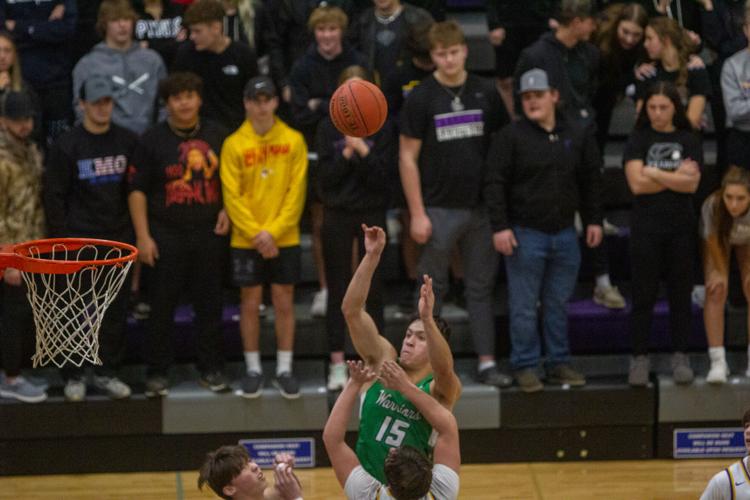 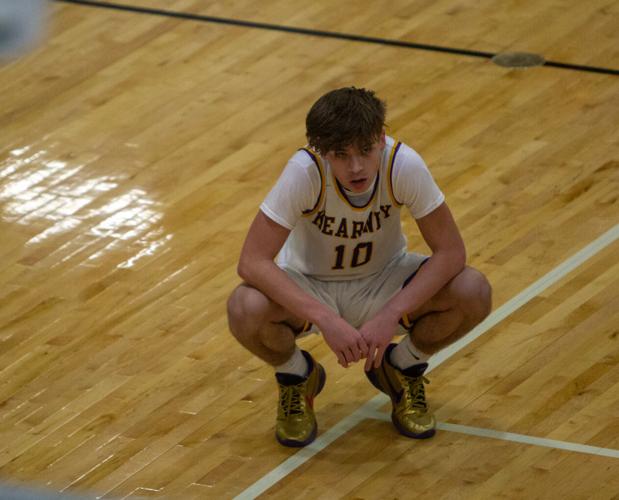 Kearney’s Davin Hanna crouches during a game against Smithville in the fourth quarter on Tuesday, Jan. 18. 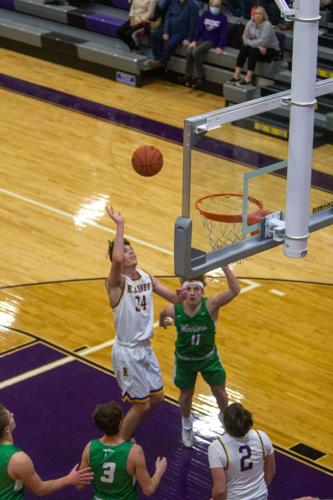 Kearney's Braxton Page shoots in the middle of the lane against Smithville Tuesday, Jan. 18. 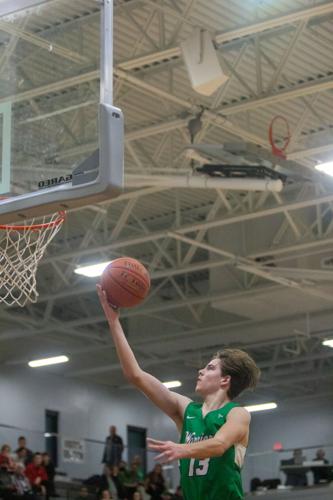 Kearney’s Davin Hanna crouches during a game against Smithville in the fourth quarter on Tuesday, Jan. 18.

Kearney's Braxton Page shoots in the middle of the lane against Smithville Tuesday, Jan. 18.

KEARNEY — It’s been 2,223 days since the last time Smithville beat Kearney. The streak finally snapped as the Warriors

defeated the Bulldogs 61-45 on Tuesday, Jan. 18. The key to Smithville’s win was simple.

A couple days prior to the Kearney game, Smithville players needed to do something fun to cure the mid-season blues. It came at the right moment after Smithville lost 76-51 to Ruskin last week. The trip to the restaurant gave the team time to bond over food and friendship. The team hit the reset button.

The Warriors cruised to victory, but the opening quarter was a close affair.

Kearney showed their strength inside the post with Ashton Holloway while Smithville came the other way with scoring point guard Ryker Edwards. Both teams were tied at 12 at the end of the first quarter.

“I thought we came out strong in the first quarter,” Kearney head coach Dillon Starzl said. “They just had a hot second quarter.”

The points were flying in for the Warriors as they had a 23-6 scoring advantage over the home team in the second quarter. This was due to the position-less basketball Bennaka has instilled in his team. He shared that in his first year with this offense it was tough, but staying the course would provide the fruit. This is the fruit of their labor, a team that can shoot from the outside as well as score inside.

“It’s been a three-year process to get them to this point,” Bennaka said. “We can play small at times, we can throw two or three bigs in there and be OK. It’s a fun way to coach and it’s nice not having to coach. I really enjoy watching us play.”

Smithville continued to add to their big lead in the third quarter as the Warriors installed a full court press that frazzled Kearney ball handlers. This led to some easy baskets for Smithville, especially Keltin Nitsche, who poured in 16 points on the night.

“We followed the game plan, it was a good team win,” he said. “One of the keys was to speed them up because we knew they were a younger team, so having that athletic advantage was good to get after them.”

The fourth quarter started with a 7-0 run in favor of Kearney as they played their best basketball late. Led by Davin Hanna, who finished with 13 points, the Bulldogs tried to mount a come back, but there wasn’t enough time.

The physicality of Smithville led them to the big time victory, the second win over Kearney since 2008. The Warriors can’t celebrate for too long as they face an athletic and fast team in Platte County Friday, Jan. 21.

There are murmurs of Thursday’s practice being similar to last week’s, including a trip to Buffalo Wild Wings. If so, Nitsche will be ready.