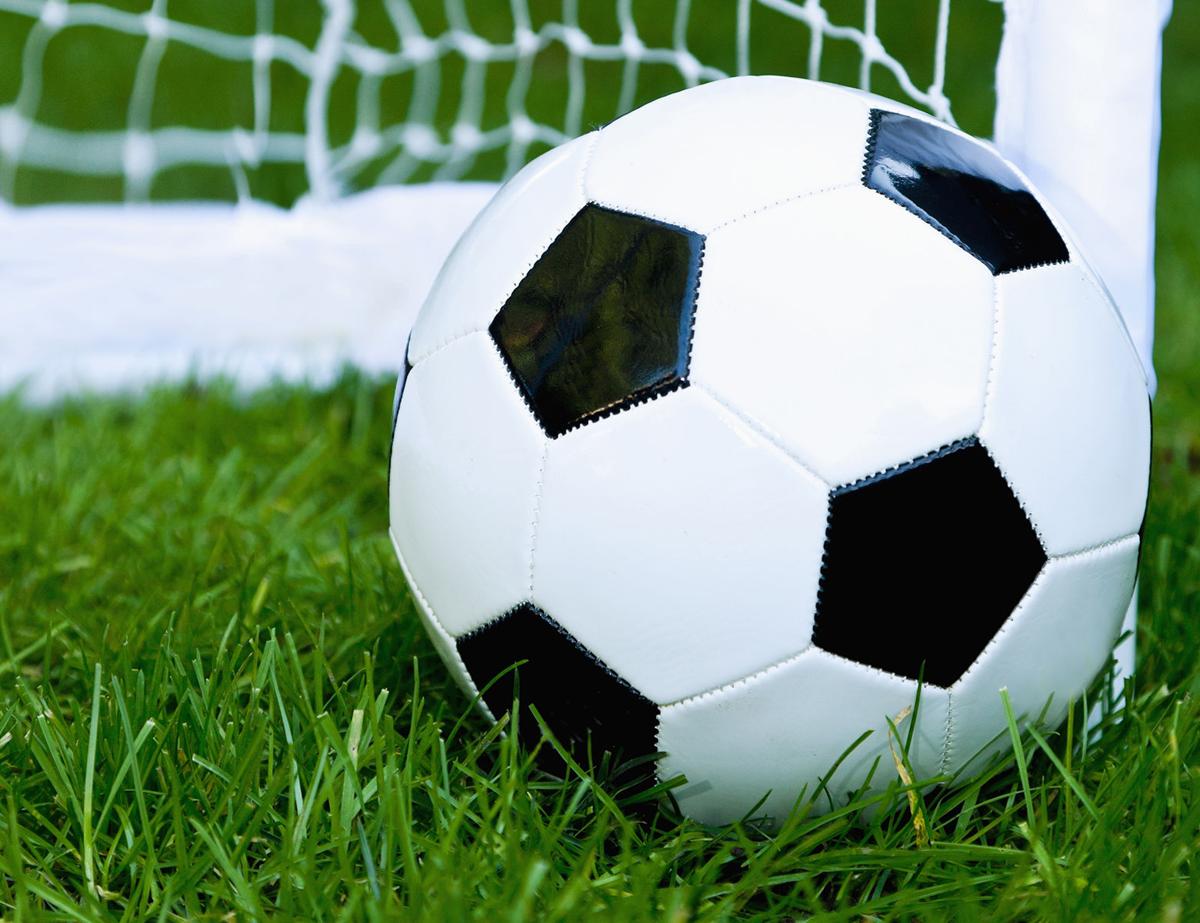 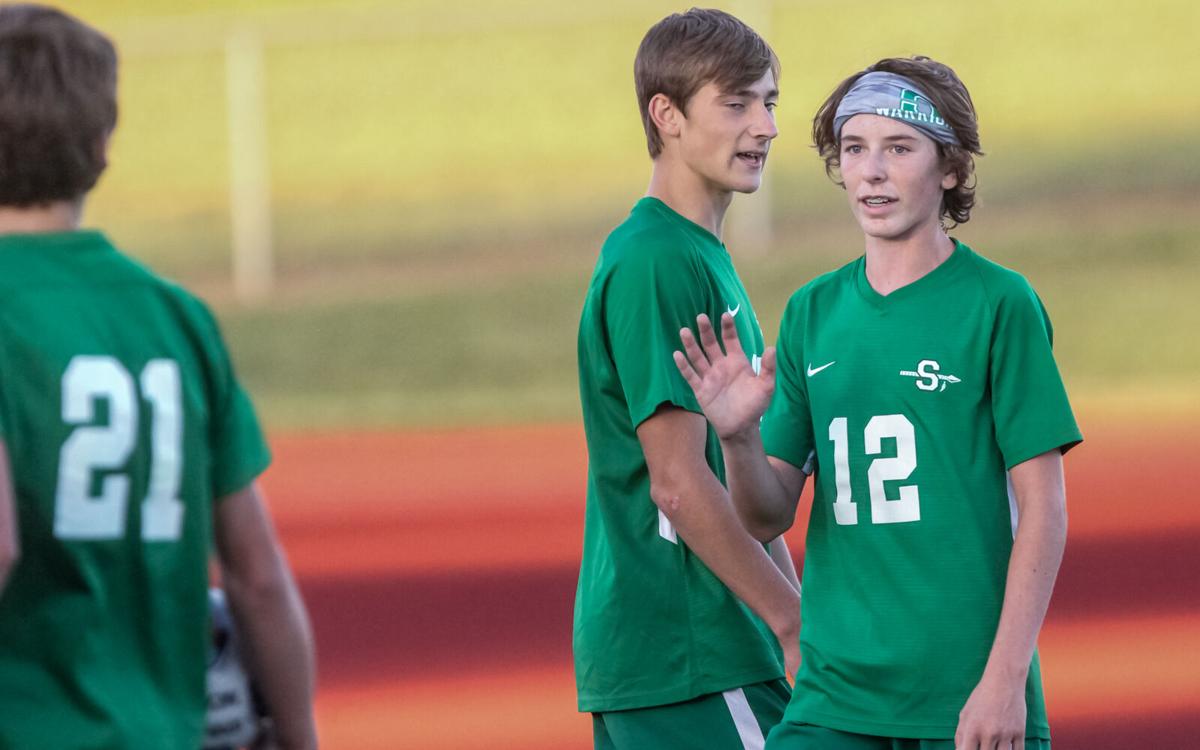 Smithville’s Regan Dunn communicates with a teammate during a soccer match last season at Smithville High School. Dunn has provided a spark again this season with three goals so far to lead the team in recent play.

Smithville’s Regan Dunn communicates with a teammate during a soccer match last season at Smithville High School. Dunn has provided a spark again this season with three goals so far to lead the team in recent play.

Thanks to some clutch victories, Liberty’s boys soccer team is off to a flying start.

The Blue Jays have bolted to a 5-0 start to the season, including four consecutive victories by a single goal.

“We’ve been playing pretty well and getting the results,” Liberty coach Tom Rottjakob said. “We’ve had some really good moments and others where we’ve struggled. But we’ve been able to get the job done.”

Liberty opened the season with a strong showing at the Liberty Kickoff Classic, winning all three games on the way to the title. Mitchell Dietrich scored both goals in the title game against Lee’s Summit North on the way to a 2-1 victory.

Dietrich has been playing in more of a holding midfield goal for the team, and his ability to makes plays has made a big difference so far.

“He’s one of those kids who’s in the right place at the right time,” Rottjakob said. “He’s just done a great job of finding the back of the net.”

The Blue Jays looks to build on their unbeaten start with a rivalry game against Liberty North Monday, Sept. 20. Rottjakob said the team always looks forward to matching up against the Eagles and wants to fine-tune a few aspects ahead of the clash.

“We are just looking at improving our speed of play and just finding each other a little bit better with some of our combinations and passes,” he said. “As long as we’re not having any letdowns, we set ourselves up in every game.”

The Eagles are back on the winning track after a couple of hard-fought losses this past weekend during the Parkview Showdown.

Liberty North started the year with consecutive victories against Grain Valley and East High School, and then competed in the Parkview tournament, which featured a tough field of teams. The Eagles competed well and went to penalty kicks against Branson and Ozark in their first two games, but came up short in both matches.

“We felt good about our games, but it’s kind of tough to lose in those situations,” Liberty North coach Art Smith said. “We’ll keep growing as a team and start learning about each other.”

Still, they bounced right back with a 5-0 win against Sacred Heart to close out the tournament, including a four-goal barrage in the first half.

“You kind of have to show character to come out with that energy,” Smith said. “I think the guys had some fun down there, and we learned a lot about our team.”

Liberty North picked up an overtime win, 2-1, against Raymore-Peculiar on Monday, Sept. 13, and the team will hope to keep rolling during a challenging stretch that sees the team play four games in nine days, including a matchup against Liberty.

The Warriors closed out their first tournament thanks to their second win of the year against conference and district rival Kearney, this time in dramatic fashion.

Smithville battled to a 1-1 score after regulation and prevailed on penalty kicks to take third place in the Excelsior Springs Tournament, improving to 3-2 this season.

“We’ve played them so many times in recent years, and we always have great games,” Smithville coach Jon Reed said.

Smithville opened the Excelsior Springs Tournament with a 4-2 victory against Maryville before falling in PKs against North Kansas City in the semifinals. The Warriors trailed against Kearney for much of the third-place game, but found an equalizer with four minutes remaining in regulation and went on to a 4-1 shootout victory.

With four returning defensive starters returning, the Warriors has been tough to score against, and Reed said he’s been especially impressed with how the team’s offense has taken advantage of its opportunities. Senior Regan Dunn has provided a spark with three goals so far to lead the team.

Smithville hopes to build on its winning ways during tournaments the next two weeks, including this week’s Van Horn Tournament, as well as the Smithville Invitational Monday through Thursday, Sept. 20 to 23.

“For us, we want to see how the rotations are going and what combinations of player work the best. We’re still experimenting around a little bit,” Reed said. “We’re hoping to get some young kids some playing time, and that’s good experience for them.”

Some last-minute heroics helped Kearney pick up its second victory of the year.

With just 51 seconds remaining in regulation, senior Aidan Komarek scored the game-winner against St. Joseph Central on Monday, Sept. 13, and handed the Bulldogs a 2-1 victory.

“Anytime you can go to St. Joe and win, it’s a good day,” Kearney coach Bill Forman said. “We’re definitely starting to figure some things out.”

The Bulldogs opened the season with losses against Park Hill and Smithville, but emphatically posted their first victory with a 5-1 win against Savannah to start the Excelsior Springs Tournament. Komarek scored twice to lead a balanced effort on offense.

Kearney struggled during a semifinal loss against Fort Osage and nearly snagged a third-place finish in the event, falling in penalty kicks to Smithville.

Fresh off the dramatic victory, the Bulldogs turn their attention to a run of conference games, including matchups against Platte County (4-0) and Grandview (3-1) in the next week. Forman said the team has shown progress in some key areas and will focus on its attacking play against its Suburban League competition.

“Finishing taking good shots and taking the most of our opportunities will be key for us,” he said.