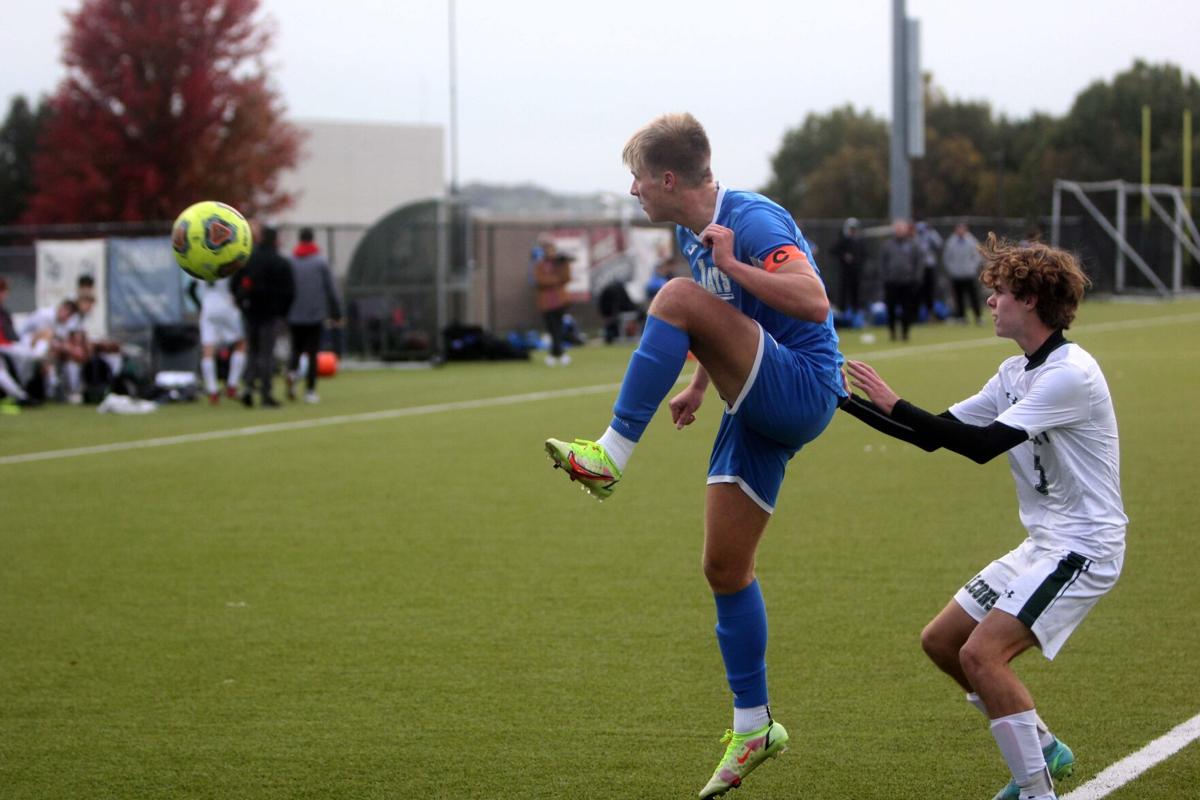 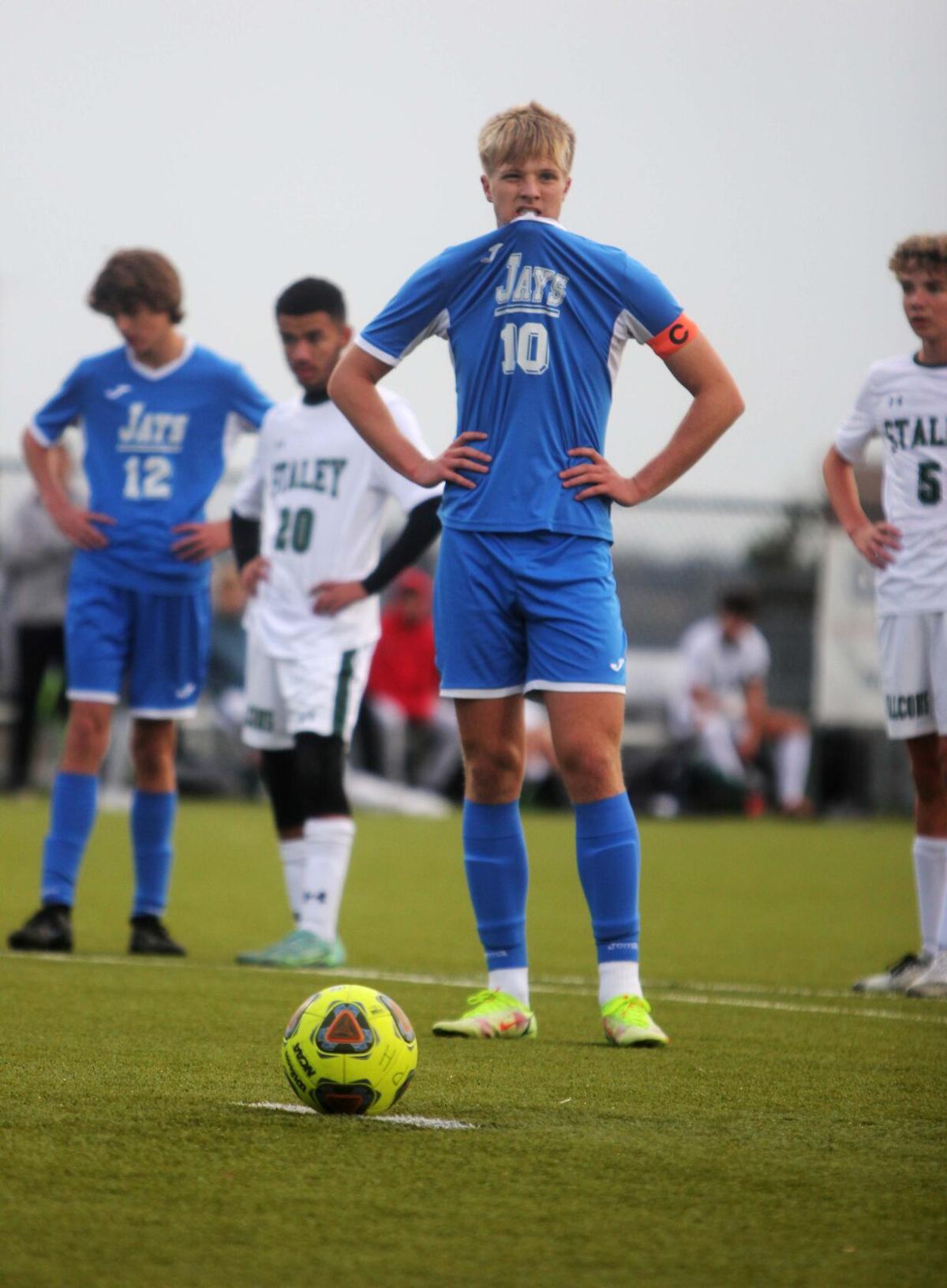 Liberty’s Bryson Gosch prepares to take his penalty during the first half of the Class 4 District 8 Quarterfinals on Tuesday, Nov. 2.

Liberty’s Bryson Gosch prepares to take his penalty during the first half of the Class 4 District 8 Quarterfinals on Tuesday, Nov. 2.

Liberty and Staley squared off in the Class 4 District 8 quarterfinals at Park Hill South on Tuesday, Nov. 2.

The Blue Jays and Falcons needed the full time, extra time and penalty kicks to settle a match that was dominated by Liberty. Liberty was able to defeat Staley 1-1 (4-1) in PKs on the cold evening.

“It’s tough to get in,” Rottjakob said. “I felt that we had a couple of opportunities that were called back, but I was happy that we were able to keep our heads and get the win.”

The opening goal for Liberty came with 15 minutes left in the first half when Joel Litten picked the ball up on the left wing and sprinted towards the Staley box. Litten was tackled from behind and went down. The referees’ whistle blew and the penalty was awarded.

Liberty’s Bryson Gosch was able to step up at the spot and bury the shot to give Liberty the 1-0 lead.

Staley answered in the second half with an attack down the left wing of their own. The cross came from the far touch line and carried straight towards the Liberty goal mouth. The ball was flicked into the air and an awaiting Staley player was at the back post to head the ball into the net.

Full time would end with both teams level awaiting extra time. Liberty continued to control the game with the majority of the possession, but could not find the winning goal.

In the second portion of extra time, Luke Porter was able to find the back of the net for Liberty, but it was called offside. Porter’s shot came after a blistering strike from outside the box by Jordan Gaona that pinged off the post.

Liberty and Staley needed a shootout to find a winner in the game. Both teams already met earlier in the season. That match ended in a shootout as well.

The Blue Jays were able to win by scoring four of their kicks that were all taken calmly and struck well. The Falcons missed two of their three opportunities, which was not good enough to win.

“We felt we were the better team with better play, but we had to go into penalty kicks,” Rottjakob said. “We made all of ours, but we’ve also lost some games in penalty kicks. You never know.”

The district championship will feature Liberty against Park Hill on Thursday, Nov. 4.