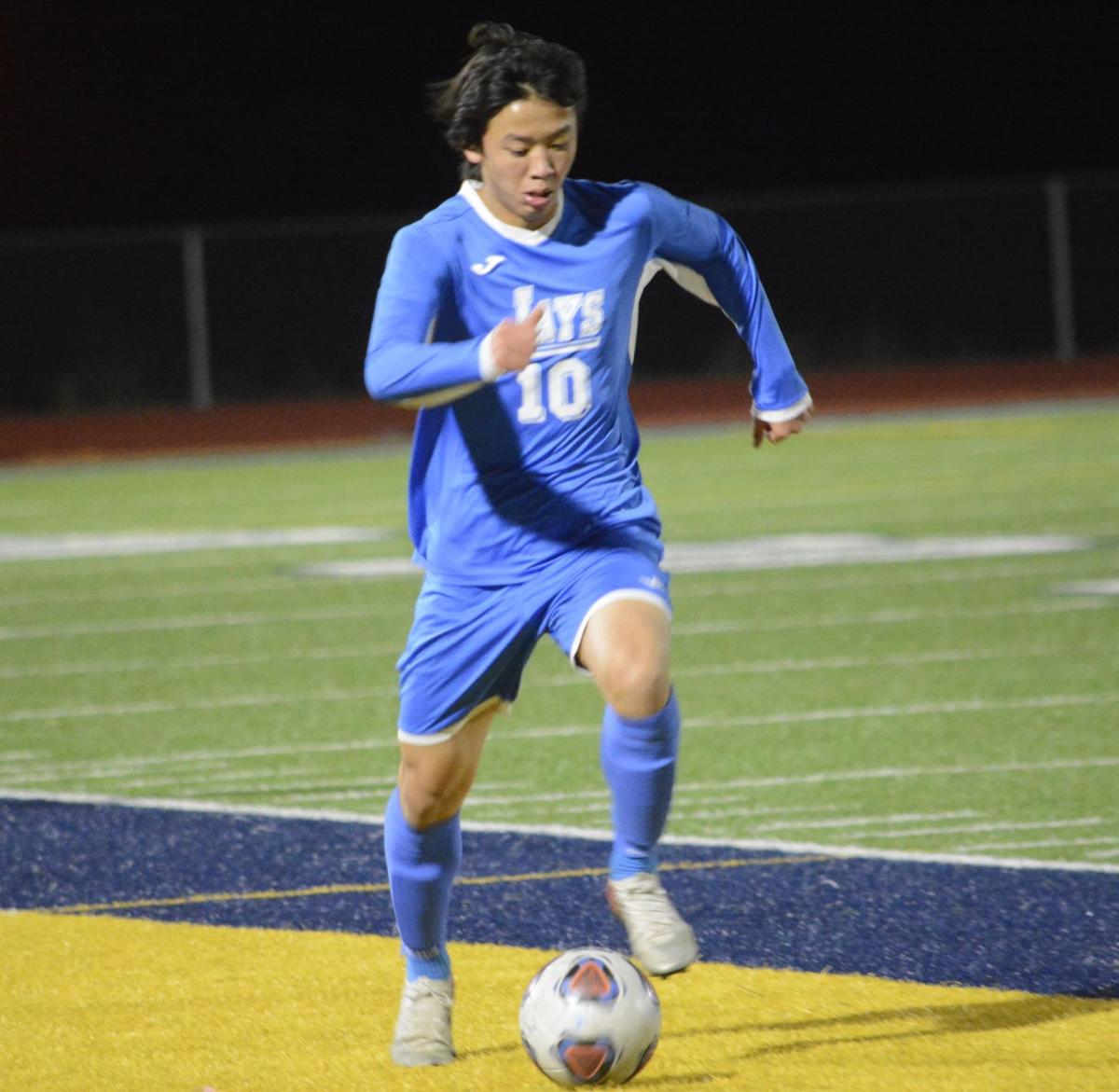 Liberty's Noah Senthavy recorded a hat trick to lead the Blue Jays to a 3-2 victory in extra time during the Class 4 District 15 semifinal round Tuesday, Nov. 5, at the Crossley Family Activity Complex. 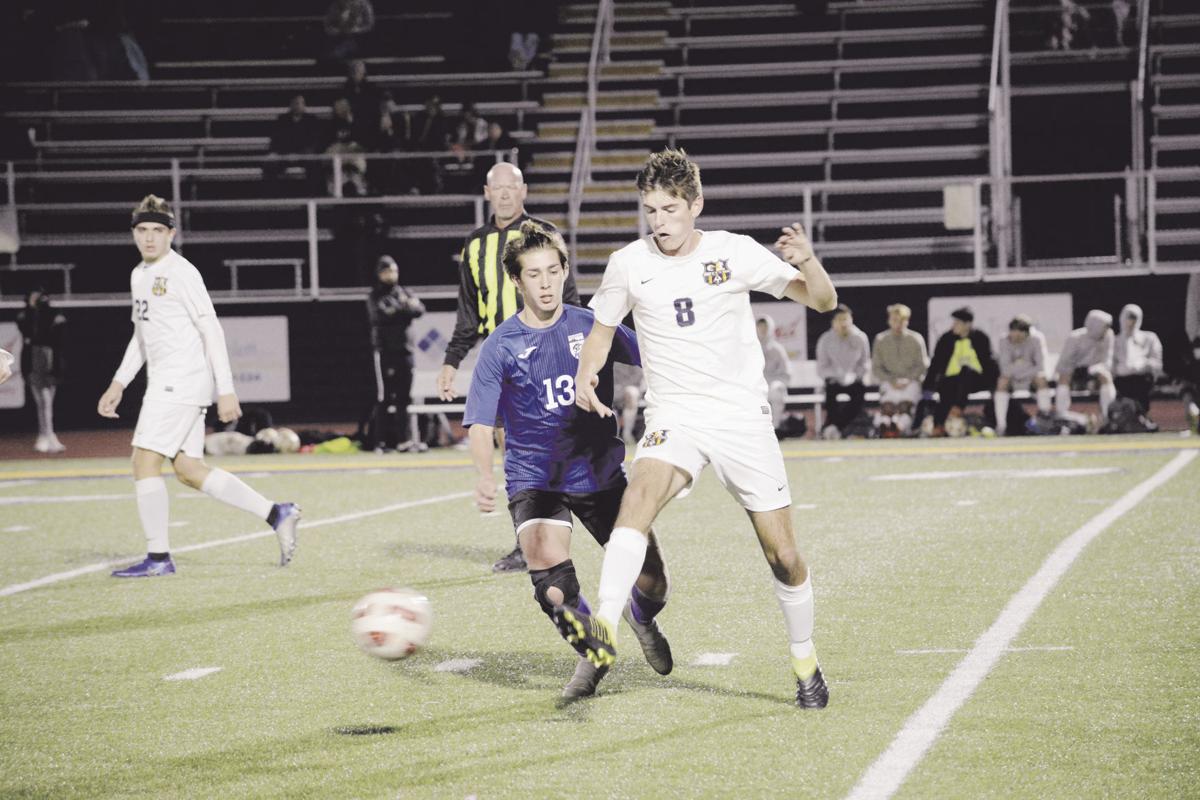 Liberty's Noah Senthavy recorded a hat trick to lead the Blue Jays to a 3-2 victory in extra time during the Class 4 District 15 semifinal round Tuesday, Nov. 5, at the Crossley Family Activity Complex.

LIBERTY — Noah Senthavy secured a hat trick with a golden goal in the 95th minute to lift Liberty to a 3-2 victory over North Kansas City in a Class 4 District 15 semifinal contest Tuesday, Nov. 5, at the Crossley Family Activity Complex.

“It feels good just to get the win,” Senthavy said. “Scoring a hat trick is cool, but I just wanted to advance to the finals.”

“I’m glad we finished it when we needed to,” Liberty coach Tom Rottjakob said. “I’m pleased that Noah got it on fram, and that’s what we’ve been talking about. We just have to get our shots on frame to give it a chance.”

Senthavy, a senior midfielder, bagged a pair of goals in the first half as the second-seeded Blue Jays gained a 2-0 halftime advantage.

The third-seeded Hornets (16-6) responded with two goals in the second half, including a Byron Pacheco Grande goal from beyond the penalty box with five minutes left in regulation, sending the match into two sudden death extra time periods. Brian Vidal scored North Kansas City’s first goal in the 48th minute.

The Blue Jays benefited from a Hornets player receiving a second yellow card and ejection for a hard foul, leaving North Kansas City with 10 players on the field.

Liberty went on the attack, sending players forward and multiple shots on target and wide of the mark.

“I knew we were going to score eventually,” Senthavy said. “We were getting the shots off, so the goal had to come.”

Then, Sentavy finally broke through with approximately 30 seconds remaining in the first extra time frame. His first goal came in the eighth minute and his second was in the 19th minute.

“First two goals the build-up was good,” Rottjakob said. “Both of those were team goals.”

With the dramatic win, Liberty (13-8) advances to the district title, where it will face conference foe Park Hill South at 6 p.m. Thursday, Nov. 7, back on the Liberty North campus. The two sides split the regular season series.

Liberty North Before some fans even entered the stadium, Park Hill South had already secured its dream start against Liberty North.

The top-seeded Panthers scored only minutes into the match and went on to tally four more goals on their way to a convincing 5-0 win over the No. 4 Eagles in a district semifinal match.

The Eagles, who ended the season 6-16-2, were down from the start and struggled to find much offensive momentum.

Liberty North, one year removed from a state quarterfinal appearance, suffered eight defeats by a single goal this season.

“We struggled to find our groove at times,” Eagles coach Smith said. “We had about eight overtime gamess, and I think this is the first season where we couldn’t turn an overtime game into a win. After a while you kind of feel you’re going uphill.”

The Eagles will graduate 15 seniors.

“They’re great guys,” Smith said. “Not all those guys played, but they all support each other and have been part of our program for three or four years. We had good leadership from our senior captains.”