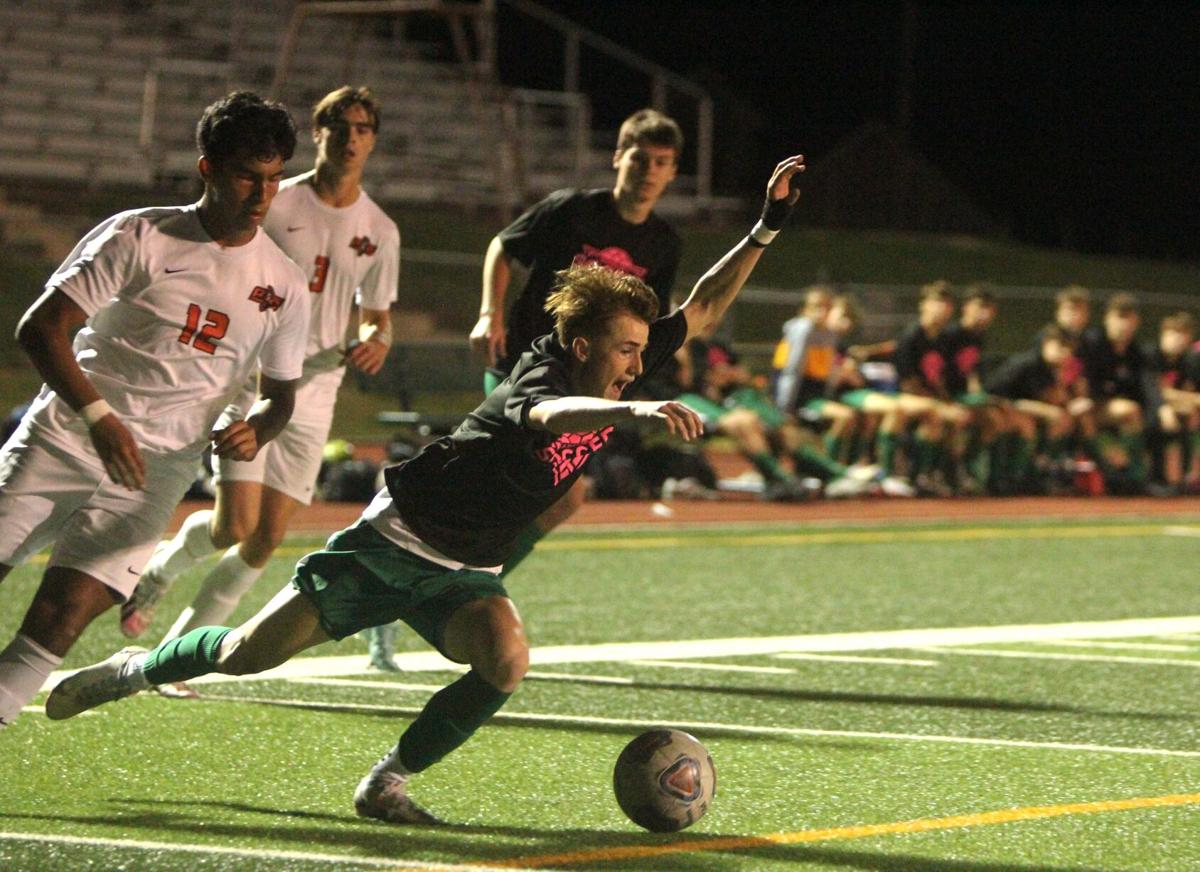 Smithville's Max Dolloff is brought down outside of the box by Platte County defender on Thursday, Oct. 14. 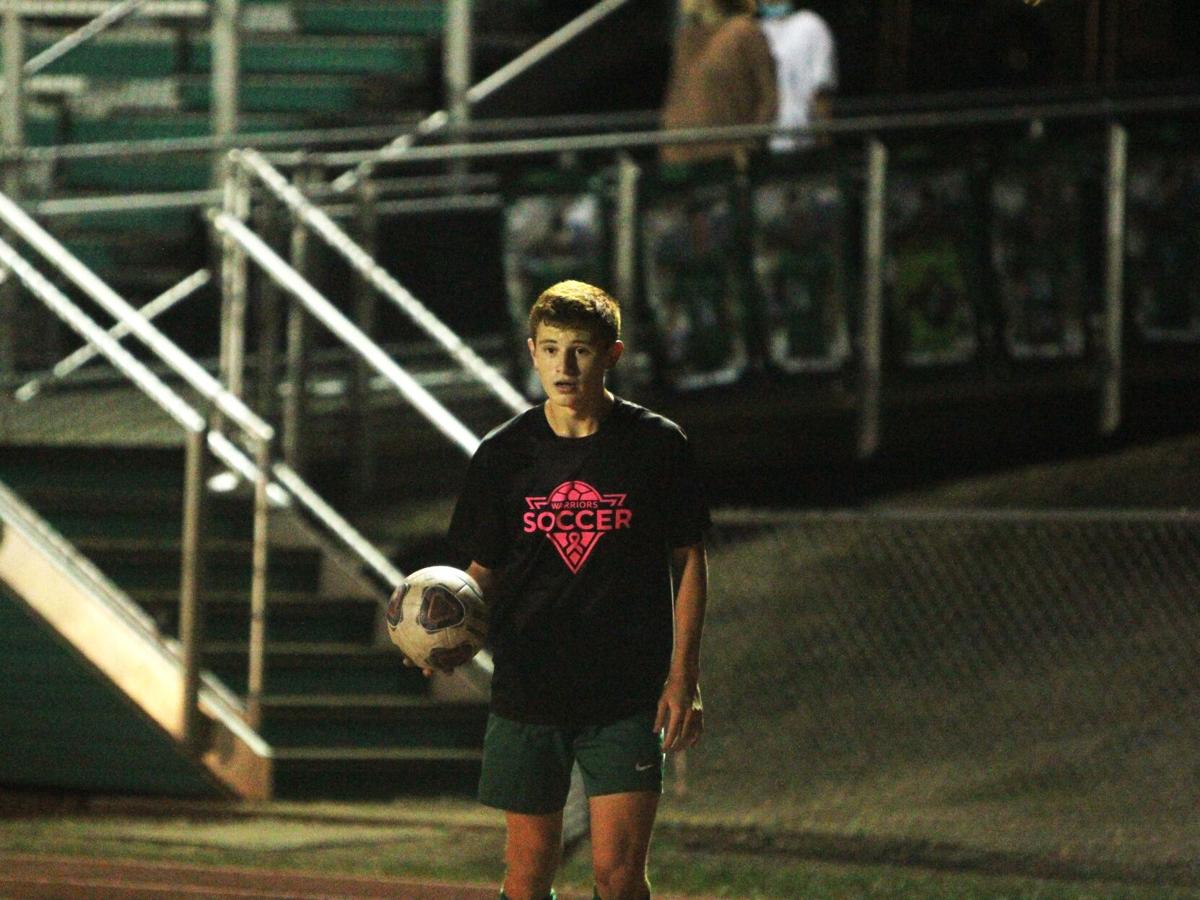 Smithville's Marcus Garza prepares for the long throw in against Platte County on Thursday, Oct. 14.

Smithville's Max Dolloff is brought down outside of the box by Platte County defender on Thursday, Oct. 14.

Smithville's Marcus Garza prepares for the long throw in against Platte County on Thursday, Oct. 14.

SMITHVILLE — Smithville boys soccer was edged by Platte County 1-0 in the second period of overtime on Thursday, Oct. 14.

The Pirates were able to slip behind the Warriors' defense and take a shot on goal, but the ball ricocheted off of the Smithville goalkeeper and landed softly behind the back of the net.

A hint of luck was going to be needed by either side if they were going to win. The two teams were equal in shots on goal, possession and even yellow cards.

Warriors head coach, Jon Reed was pleased with his team’s performance and chalked up the loss to, “just soccer."

“We had chances to score,” he said. “We created chances, and when you play a really good team like that, you are only going to get a few good chances.”

The biggest chance for Smithville came in the second half when Marcus Garza prepared for a long throw in from the near touch line. He hurled the throw in toward the near post and the ball was flicked on by Zach Miller. Miller’s flick flew to the back post, where Lawson Richards was waiting with an open goal.

Richards was unable to capitalize as the ball flew over the post. It was not an easy shot to capitalize on, but it was a good chance. Long throws into the box is an aspect of the game that Smithville has been succeeding in, but that isn’t something Reed is emphasizing.

“Our guys know how to get into the right place at the right time,” Reed said. “We actually don’t practice them that much because the kids are doing a great job with them.”

The Warriors loss to Platte County left them dropping their first conference game of the season. But this defeat is not making the Warriors feel bad for themselves. They know they have another opportunity of beating the Pirates on the Pirates' home field.

“We played exactly the way we wanted,” Reed said. “The end came down to a fluke play where it rolled off of my keeper’s leg and spun in the goal.”

Smithville’s next game will be against Grandview away from home Tuesday, Oct. 19. As for their rematch against Platte County, the Warriors will head there Monday, Oct. 25.