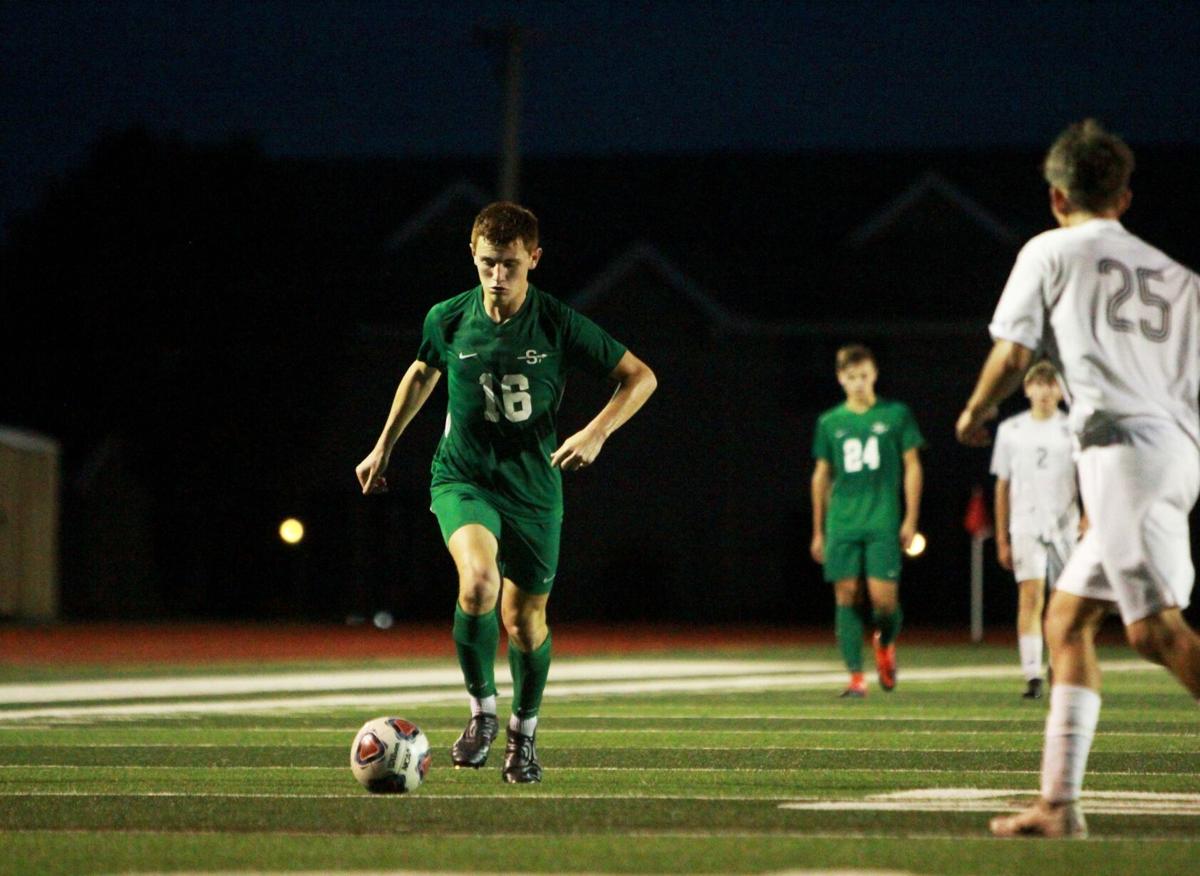 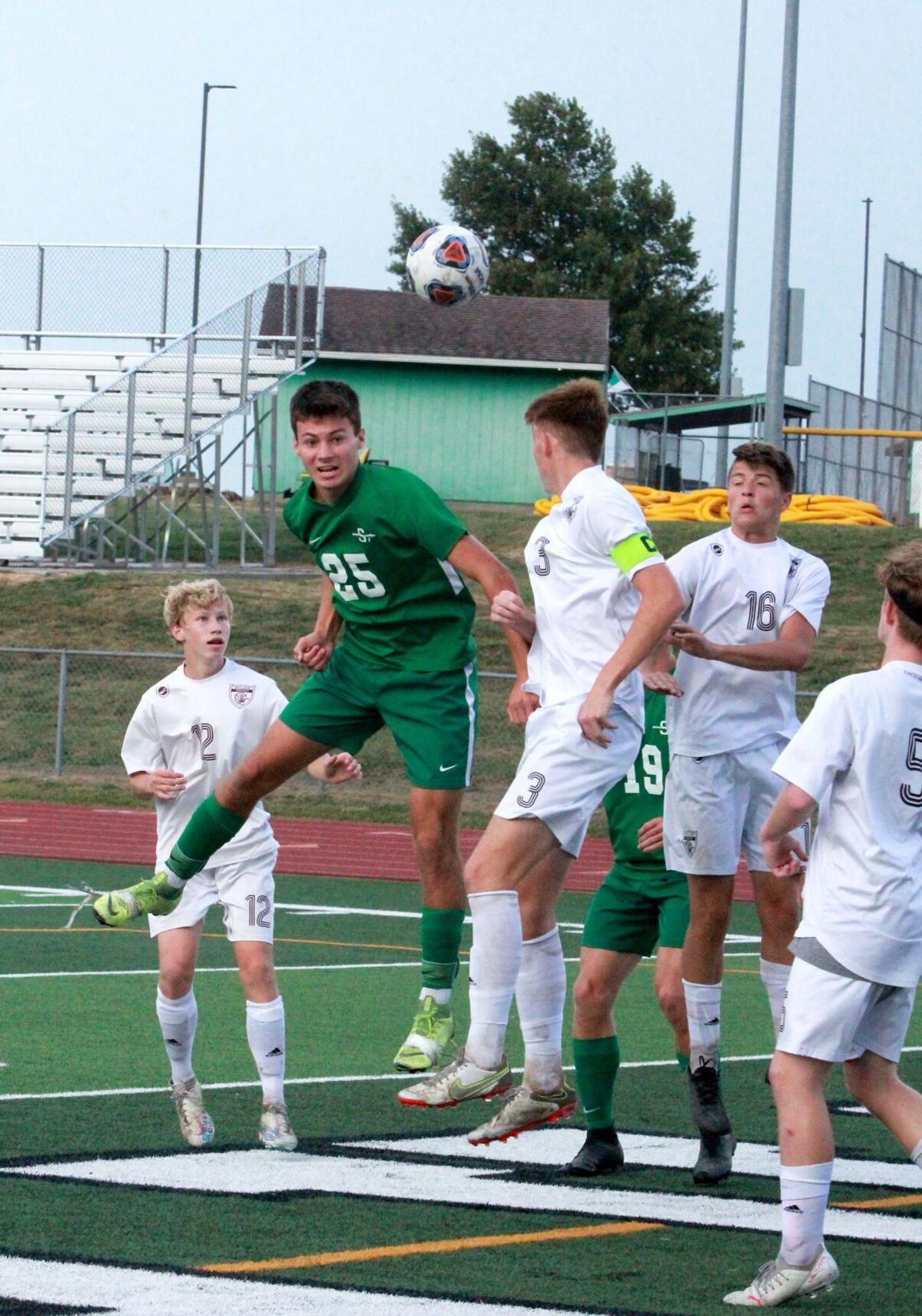 Smithville's Kyle Corkill goes for the header off of a corner kick against Excelsior Springs on Thursday, Sept. 30.

Smithville's Kyle Corkill goes for the header off of a corner kick against Excelsior Springs on Thursday, Sept. 30.

SMITHVILLE — Smithville and Excelsior Springs faced off on Thursday night in a game that featured crunching tackles and impressive goals in the Warriors 2-1 come-from-behind victory.

The Tigers opened the scoring with a free kick in the first half from outside of Smithville’s box. The ball was blasted past the wall and through the hands of Smithville’s goalkeeper, Caden Egbert. Head coach Jon Reed shared what wasn't working for his team in the opening stages of the game.

“We struggled in the first half. We couldn't connect passes,” Reed said. “They are a solid team, we just had a flat start.”

Excelsior Springs would not have the ball for very much after their goal. The Warriors attacked and attacked, using strong play on their wings especially on the right side. Smithville’s attack was promising especially in the closing minutes, but the Tigers cleared their lines as the halftime horn sounded.

After the halftime break, Smithville came out with a quick start. Marcus Garza used his long throw ability to hoist a ball into the box. The ball found the head of Zach Miller who barely touched the ball as it bounced over Excelsior Springs goalkeeper for the equalizer.

41’: SHS 1-1 ESGoal for the Warriors! Controversial one though.Did Smithville touch it off of the throw-in? You be the judge! pic.twitter.com/VgWcV47EGb

Smithville never relinquished the momentum after tying the score. They continued to pass the ball well and fought for open dribbling lanes as the Tigers provided harsh tackles. The Warriors would provide a strong tackle right back at the visitors as the game grew more physical.

With 24 minutes remaining, the Warriors received a free kick from 40 yards out after an Excelsior Springs foul. Nick Harlin stood over the ball that gave his team a great chance.

“One of my main things is a big free kick,” Harlin said. “I saw him (opposing goalkeeper) come off his line and I figured that I could try to chip the keeper and it worked out.”

Harlin’s 40 yard bomb flew over the Tigers goalkeeper and into the back of the net. This would be Smithville’s final goal of the night and good enough to hold Excelsior Springs off for the win.

“Second half, we had pretty good domination,” Reed said. “This is a good win because we were able to come back. The kids made a lot of good adjustments.”

The Warriors will be back in action to take on Grandview at home on Monday, Oct. 4.