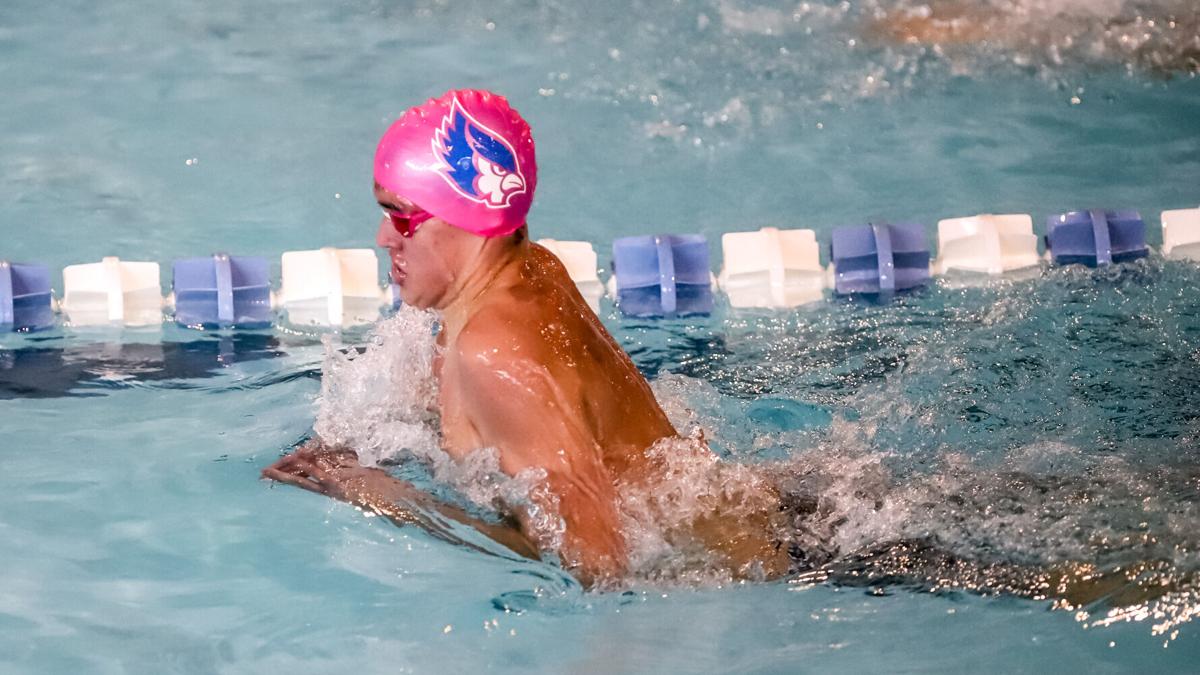 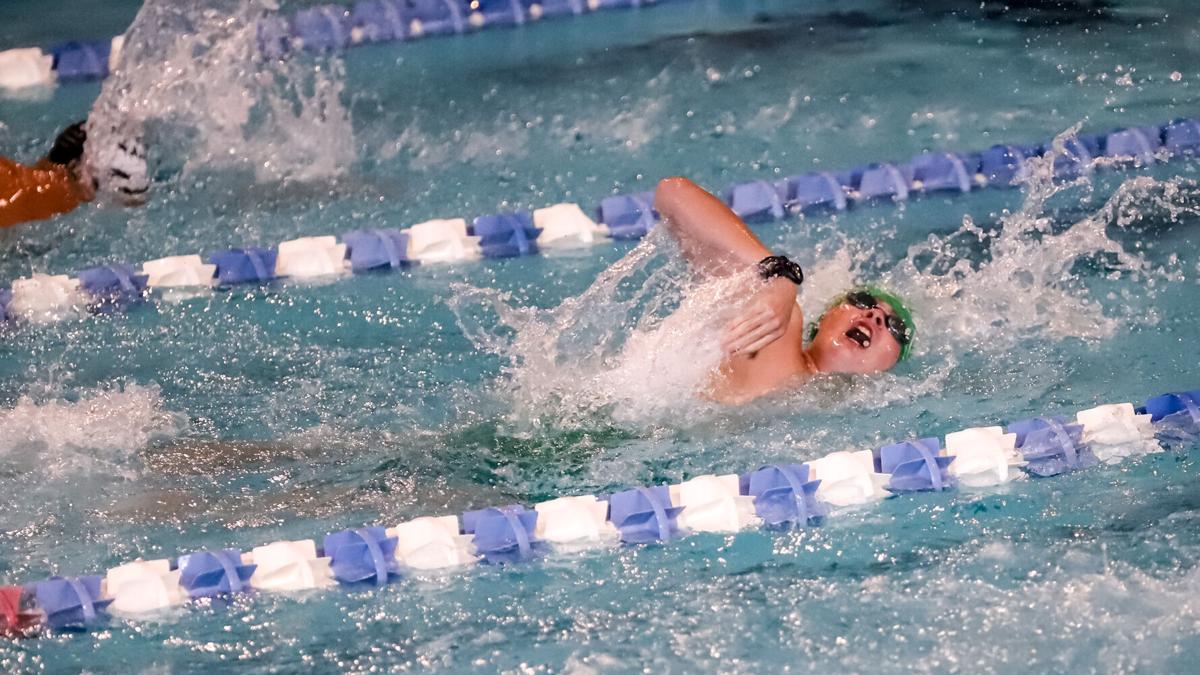 A Smithville swimmer during the NKC Invitational Saturday, Sept. 19 at Gladstone Community Center. 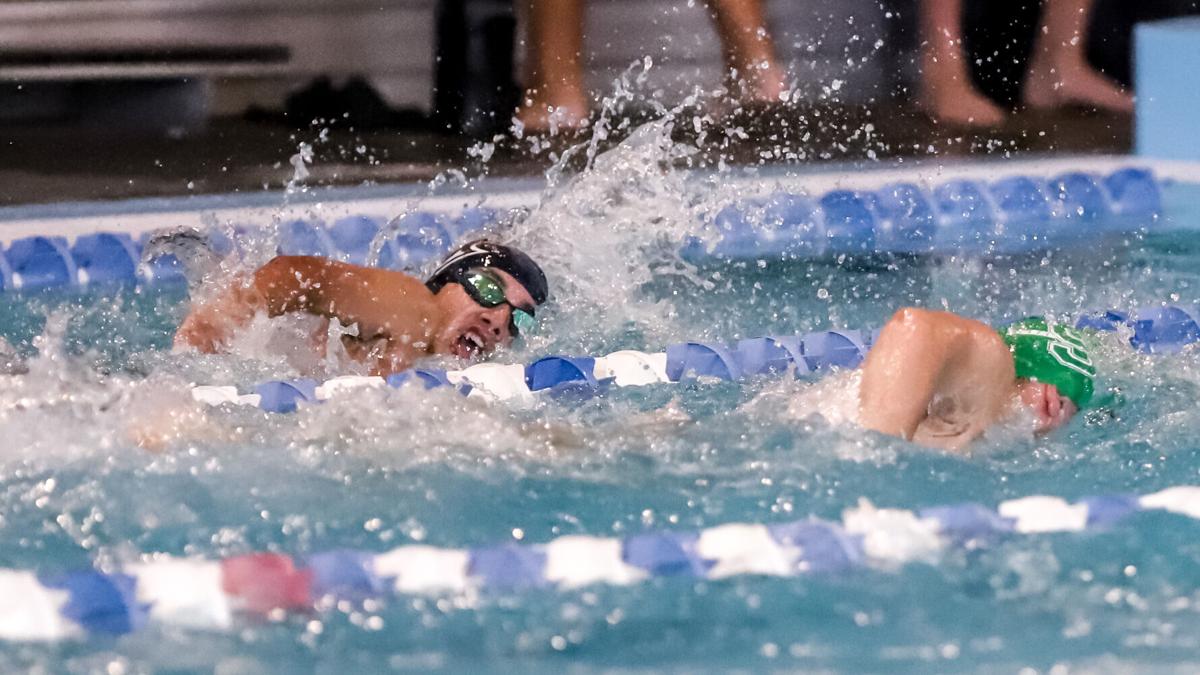 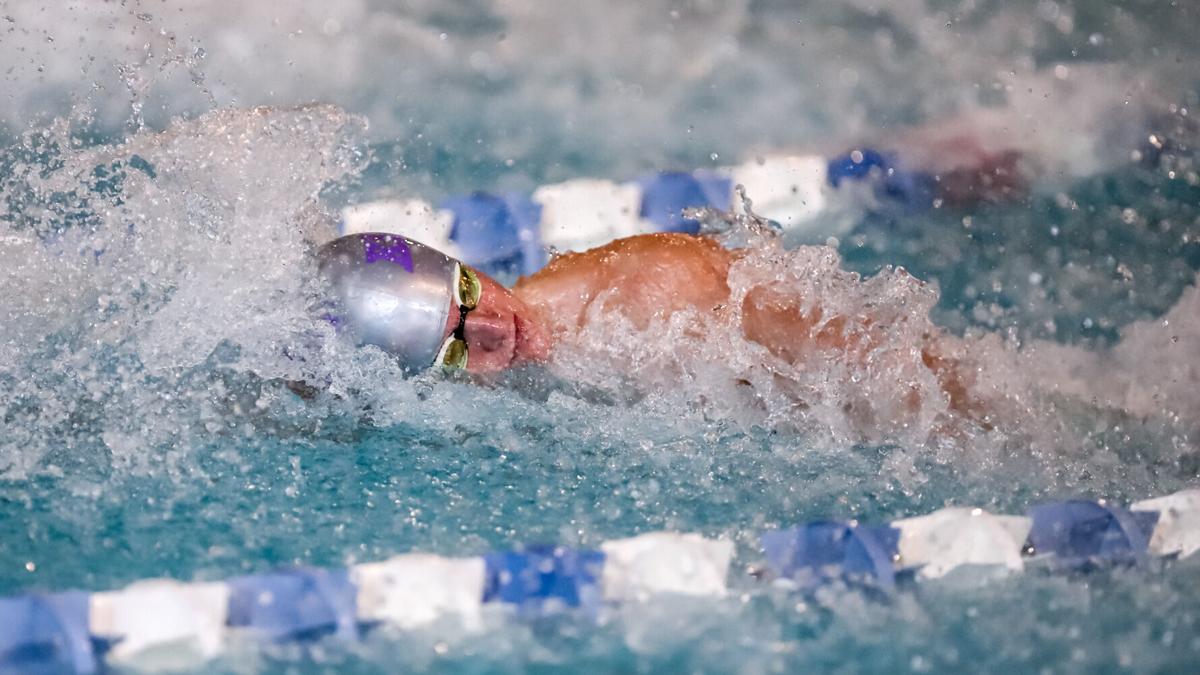 A Smithville swimmer during the NKC Invitational Saturday, Sept. 19 at Gladstone Community Center.

Junior Caden Murphy led the way by winning the 200-yard individual medley along with placing top four in three other events, including his fourth-place finish in the 100-yard breaststroke.

The Warriors tied for ninth place after receiving a big day from junior Ray Fuggett and senior Nathan Noll.

Fuggett won the 50 free with a time of 22.32 and earned a top five finish with the 400 free relay along with Noll, junior Brady Bell and sophomore Tristan Pottebaum. Noll added two third-place finishes in the 100 fly and the 200 free.

Fuggett and Noll earned automatic state qualifiers in their individual events while both of their relay teams, which also includes the 200 free team with Pottebaum and sophomore Curt Bollinger, earned state considerations.

The Eagles took 11th thanks to four top ten finishes from Andrew Augustine and Jake Anderson-Jones.

Augustine took fifth in the 200 IM and the 100 breast. He was joined by Anderson-Jones, Baxter Brecht and Kegan Murrow on the 400 free relay for eighth place and the 200 free relay for 10th.

In addition to the relay performances, Anderson-Jones took seventh in the 100 free and ninth in the 200 free.

The Bulldogs finished 14th with strong performances from Scott Doll and Vaughn Sloan.

Doll took third in the 200 IM while finishing top four in two other events. He finished the 500 free in fourth place, as did his 400 free relay team with Sloan, Adam Hoffman and Ridge McBride.

McBride and Carter Woods earned some more points for the team in their individual events. McBride took sixth in the 500 free. Woods finished eighth in the 100 fly and sixth in the 200 free relay along with Hoffman, Peter Moore and David Mudge.