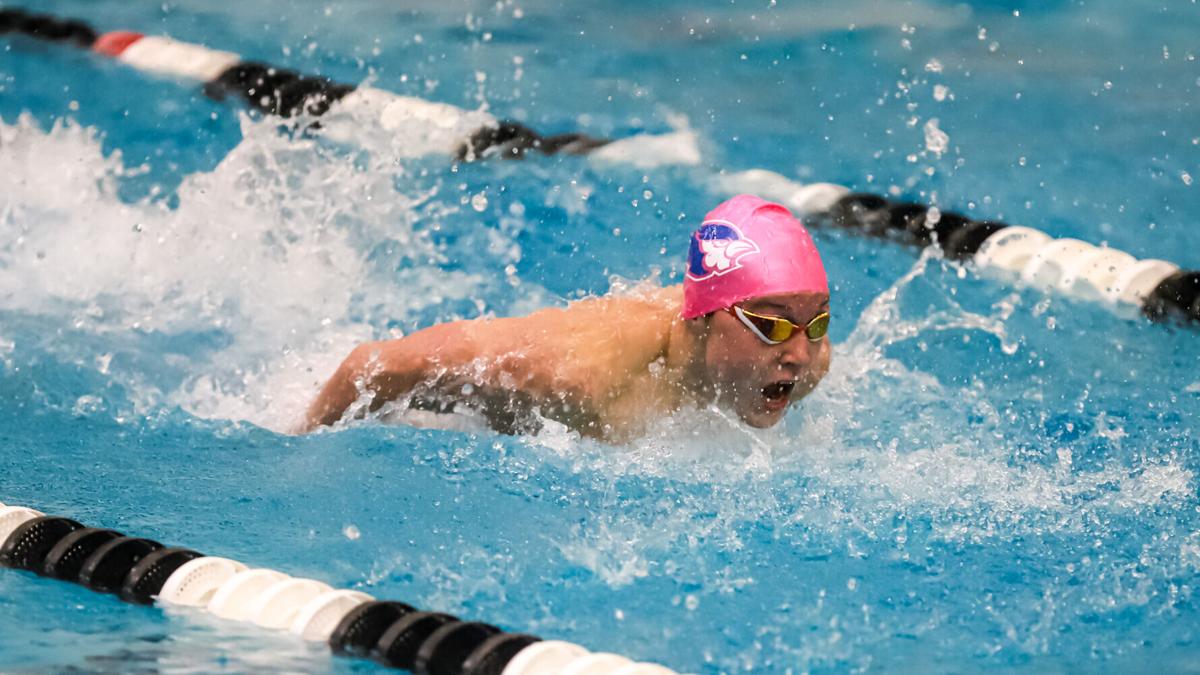 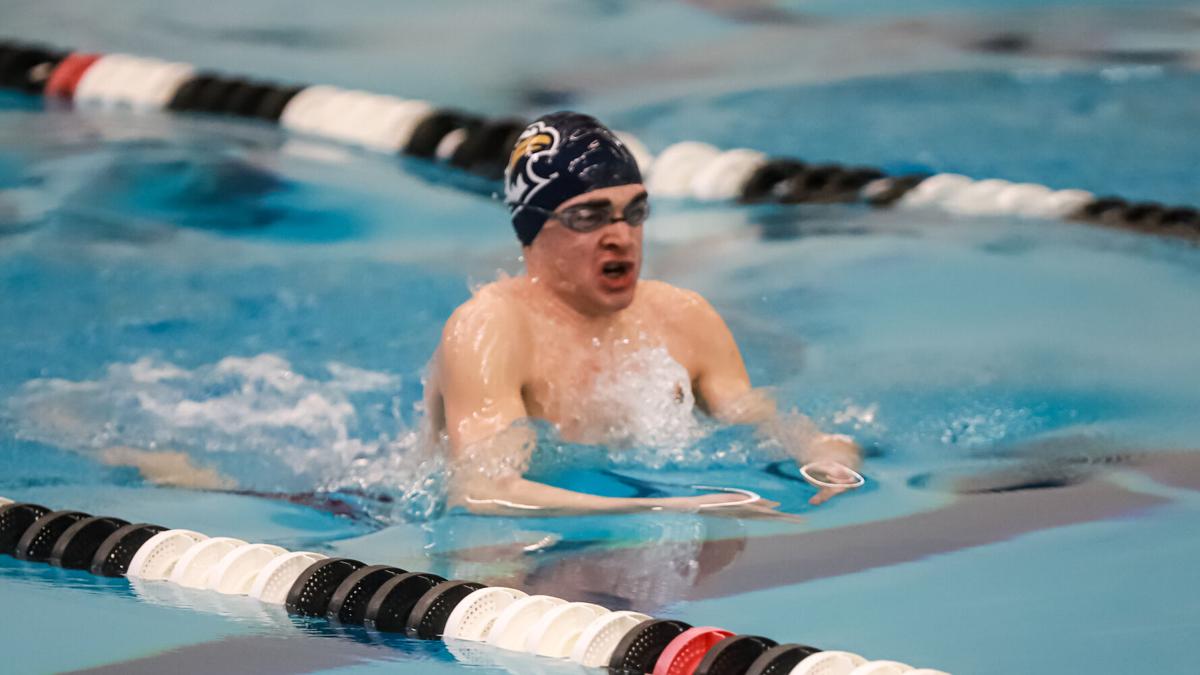 LIBERTY — Liberty boys swimming team held its own as it battled in the Suburban Gold conference swim meet.

The Blue Jays took third with multiple personal records broken in its first year moving up to the bigger conference. Liberty swim head coach Chris Murphy said his team delivered on nearly every goal he set for them.

“That was the meet we were waiting for all year long and then some,” Murphy said. “It was a great meet all around.”

Murphy dropped more than three seconds in the 200-yard individual medley and broke his own school record in the event with a time of 1:54.39. His time of 59.10 in the 100 breaststroke, breaking Tony Lonsdale’s record from 2018.

“I felt great about my performance,” Caden Murphy said. “I had my two best times and then on the relays I had my best splits ever,”

Ian Everett won the 100 backstroke with a time of 52.30. That mark, along with his third-place time of 51.38 in the 100 butterfly, became the second-best times in school history.

Everett said he thought he executed well on the 100 fly, but he felt his performance in the 100 backstroke was a little shaky for a stretch of it.

“I’ll definitely clean that up for state,” he said.

Everett was mostly just glad his team had the opportunity to compete a conference with the COVID-19 pandemic making a full swim season seem unlikely back in August.

“I’m very grateful that they allowed us to come out here and have this meet and have state,” Everett said. “I’m very appreciative that I got this opportunity.”

Zach Popejoy secured third in the 50 free with a time of 22.23 and Alex Hill took fourth in the 100 back with a time of 54.30 to round out the Blue Jays top-four finishers.

The Blue Jays foursome of Murphy, Everett, Hill and Popejoy finished second in both the 200 medley relay and the 400 freestyle relay.

Their time of 1:37.74 in the 200 was just short of the team from Lee’s Summit North while their 3:15.15 in the 400 finished behind Lee’s Summit West, both teams that finished ahead of Liberty in the final team standings.

“I told them all year long, we got do well at conference,” Chris Murphy said. “Then we’ve got to show up for state and go even faster.”

Murphy said the team is in good shape with most of their swimmers qualified for the state meet scheduled for Nov. 13-14 at the City of St. Peters Rec-Plex in St. Peters.

Liberty North swim team finished sixth with 187 team points in the Eagles very first crack at the biggest division of the Suburban Conference.

Eagles coach Mark Warner said he could not be more happy with how his team performed at the event.

“We just wanted to come out, control what we can control and swim as fast as we could to see what happens today,” Warner said.

Warner said the swimmers were dead set on cutting their times with MSHSAA altering the postseason format and limiting the number of swimmers attending state as a response to the COVID-19 pandemic.

Jake Anderson-Jones and Andrew Augustine were a couple of the swimmers that shaved seconds off their top events as both took home two top-four finishes to lead the team.

Anderson-Jones said he tapered his workouts before the meet to come out fresh and it paid off for him.

“I felt really good about my performance today,” he said. “Times dropped and I pushed on the way to state, so hopefully that sets me up well.”

Augustine said he enjoyed the jump to Suburban Gold as the larger group of top-flight swimmers helps push him to improve his times even more.

Warner said the hardest part of the jump is just the limited opportunities, particularly with the changes to this season.

“It’s just one of those things where we knew what the expectations were, so you just got to rise up and try to meet those expectations,” Warner said.”