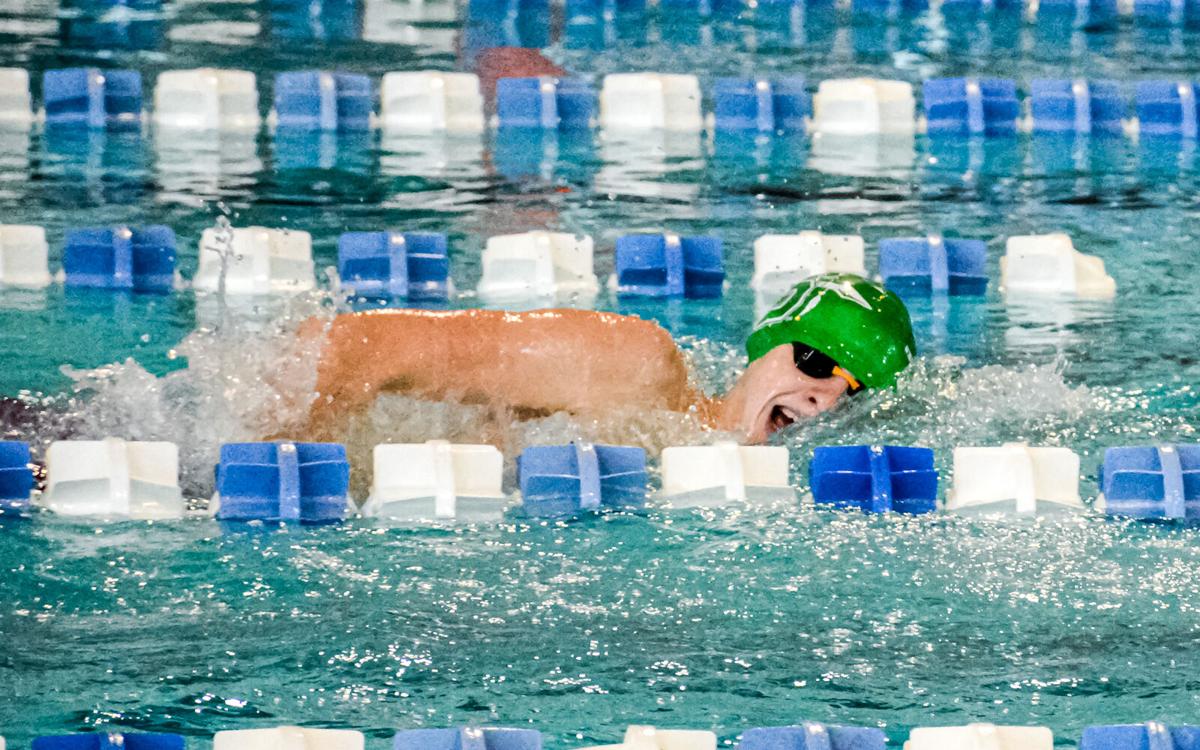 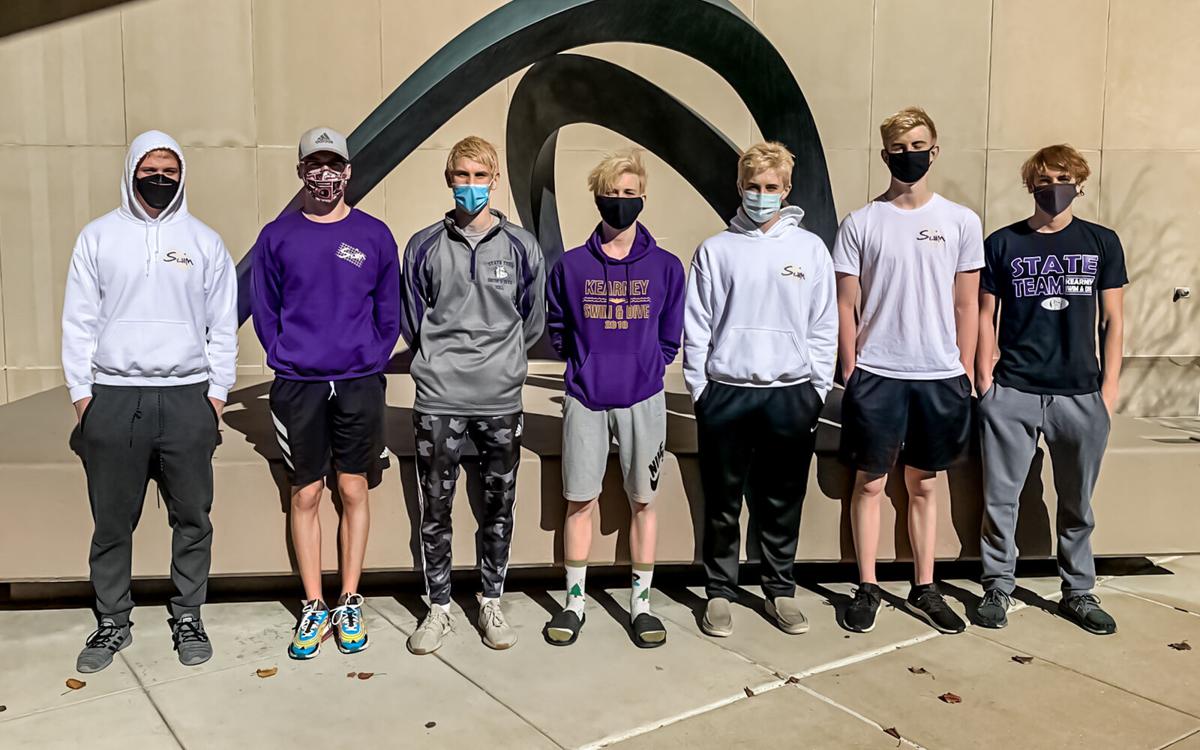 Kearney boys swimmers pose for a photo before the state meet. 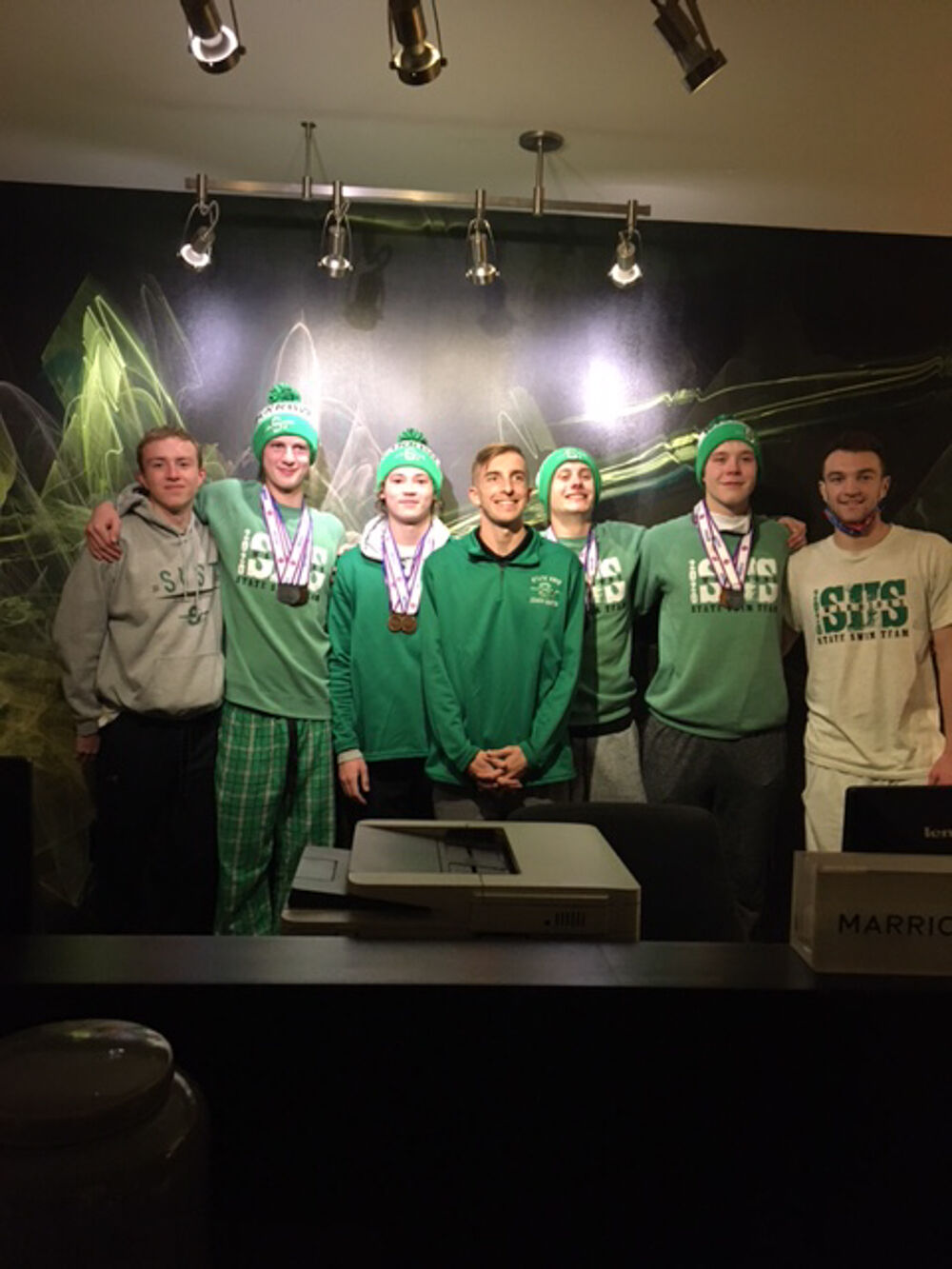 Kearney boys swimmers pose for a photo before the state meet.

SMITHVILLE — Smithville boys swim and dive team put together another program-best year with a sixth-place finish at the Missouri Class 1 boys state championships Friday, Nov. 13 at the City of St. Peters Rec Plex.

Senior Nathan Noll and sophomore Kolby Ruff led the way with each swimmer securing three second-place medals during the meet.

Noll finished second in the 100-yard butterfly with a time of 50.54. He edged out the eventual state champ Ben Hines of Nevada in the seed time but touched the wall less than half a second after him in the finals.

Ruff earned second in the 100 freestyle with a 46.32 to Glendale’s Michael Jasinski 46.20, both were a full second ahead of Carter Murawski of Parkway West in third place.

Ruff said he was very happy with the performance of himself and his team, particularly during a year where high school sports teams had to worry about COVID-19 concerns. Ruff said it meant a lot to him that the swim season stayed on track and had a state meet to close it out.

“I’m very glad that I get to have the memories I have of state and be able to know that I got to that point,” Ruff said.

Ruff dealt with this uncertainty more than most. He and his family faced a two- week quarantine after his older brother tested positive right as the team approached the first competitions of the season.

Ruff had to push himself to regain lost ground, which is extra important to him because he does not swim year around like most of his teammates and competitors. He has limited himself to only swimming during the high school season because of a condition in his shoulder called multidirectional instability.

Noll and Ruff contributed to a 200-yard freestyle relay team, along with junior Brady Bell and Raymond Fugett, that narrowly missed the state championship. Glendale’s foursome won with a time of 1:26.70 as the Warriors were a split second behind at 1:26.76.

Fugett took fifth in the 50-yard freestyle with a time of 22.09. Bell rounded out the Smithville state performance with a 24th-place finish in the 100 backstroke with a time of 1:01.59.

Kearney landed one spot behind Smithville in seventh with 139 points. The Bulldogs have landed in the top 10 in five of the last six seasons.

Junior Scott Doll had the highest finish for the Bulldogs as he took fourth in the 500 freestyle with a time of 4:46.70. He also earned seventh in the 100 breaststroke with a time of 1:01.05.

The team of Doll, McBride, Hoffman and Sloan finished things off with an eighth-place finish in the 400 freestyle with a time of 3:22.82.

Junior Peter Moore rounded out the Bulldogs’ state performances with a 21st-place finish in the 100 back with a time of 59.53.