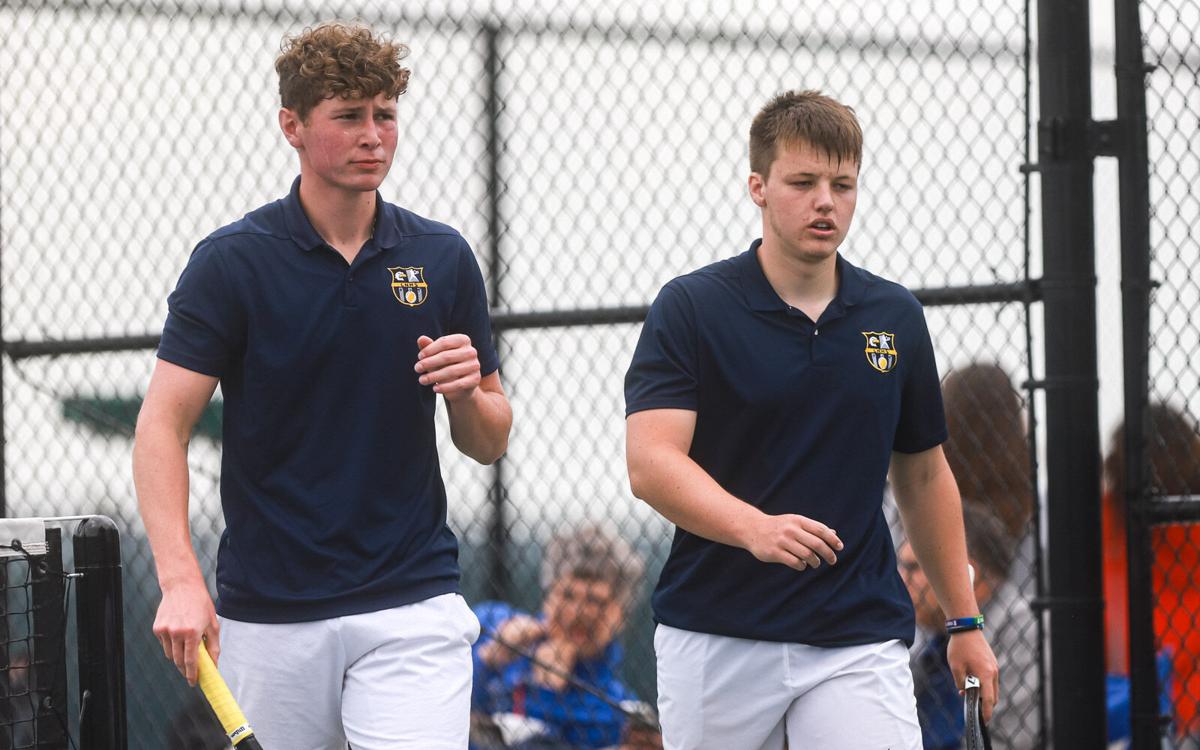 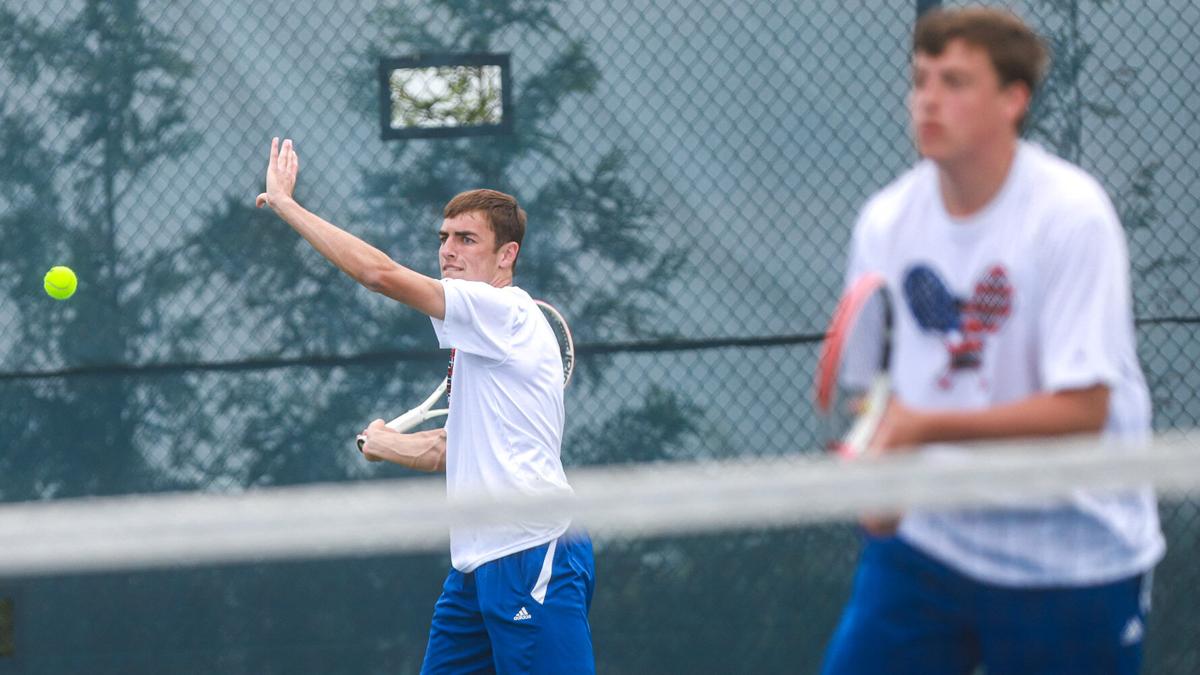 Brown and Carter were not able to pick up a semifinals victory against the eventual runner-up Rockhurst team of Grant Wiedeman and Nicholas Koca. The Eagles duo held serve through a 5-4 game count in the first set, which included the Hawklets fighting off two break points in the ninth game. Rockhurst broke their serve in the next game to take the first set.

Wiedeman and Koca raced out to a 3-0 lead that the Eagles could not come back from in a 6-3 loss in the second set.

Brown and Carter recovered as they beat Onur Taysi and Alex Chen of Marquette 6-4, 6-2 in the third-place match. The Eagles duo held serve again through 4-4 in the first set, but flipped the result of their previous match by getting the break in the ninth game before closing out the first set.

Brown and Carter breezed through the opening two rounds by taking a 6-1, 6-1 victory against Grant Idoux and Parker Windhausen of Lee’s Summit North before beating Bryce Boatman and Pranav Palaniappan of Fort Zumwalt West 6-0, 6-1.

The Kochs took a dominant 6-2, 6-0 win in the opener against Mathew Kimaku and Lanny Cooper of Lee’s Summit West, but had a tougher time against Akash Rajan and Rory Sutter of John Burroughs.

Rajan and Sutter won both sets on their path to a doubles state title while the Liberty duo dropped to the consolation bracket.

The Jays earned a tough draw getting this team in the quarterfinals. Rajan ultimately became a two-time state champion after taking the 2019 Class 1 singles title, winning his finals match against his current doubles partner. Sutter finally earned a state title after he also took runner-up in the 2018 state singles tournament.

The Koch brothers earned a bit of revenge when they defeated the other John Burroughs doubles team, Samuel Wang and Dharmadev Nayak. Liberty took the first set 7-6 with a 7-2 tiebreak before losing the second set in a 7-3 tiebreak. The Kochs dominated the tiebreak by winning 10-2.

The Liberty duo closed out the competition with a 6-3, 6-4 win over Rohan Joseph and Peter Bodde of Rockhurst in the fifth-place match.

Noah closed out his Jays career by winning his second state title, and doing so on his 18th birthday.