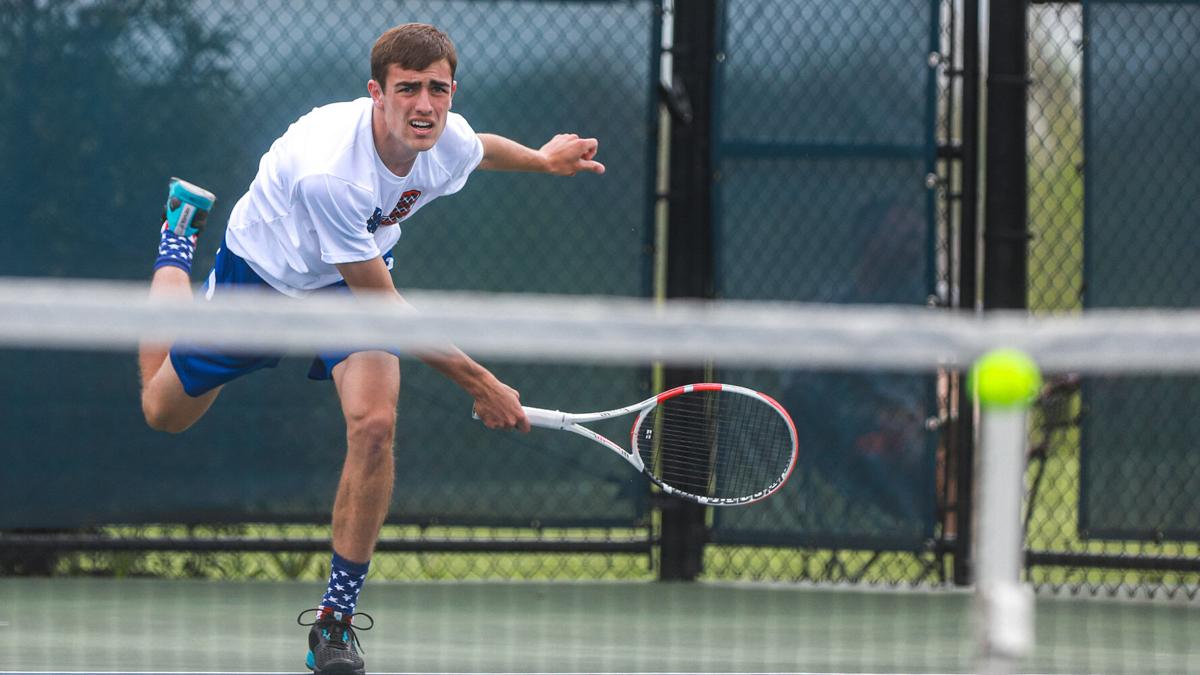 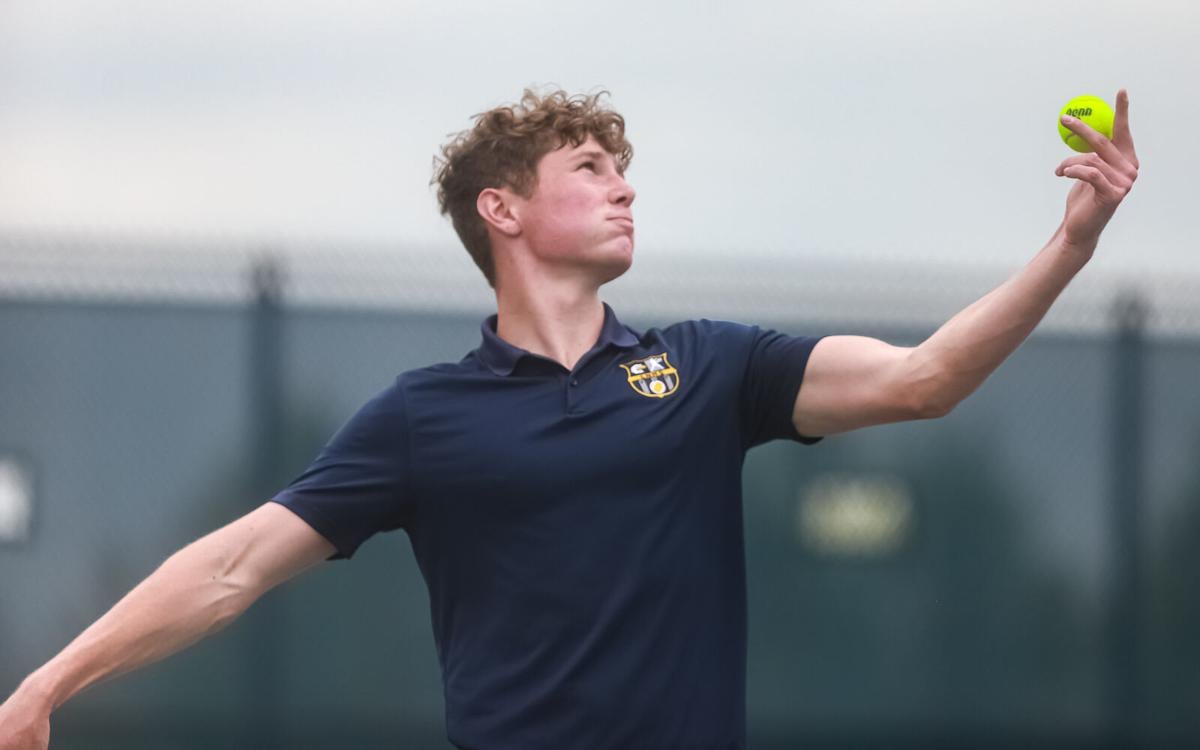 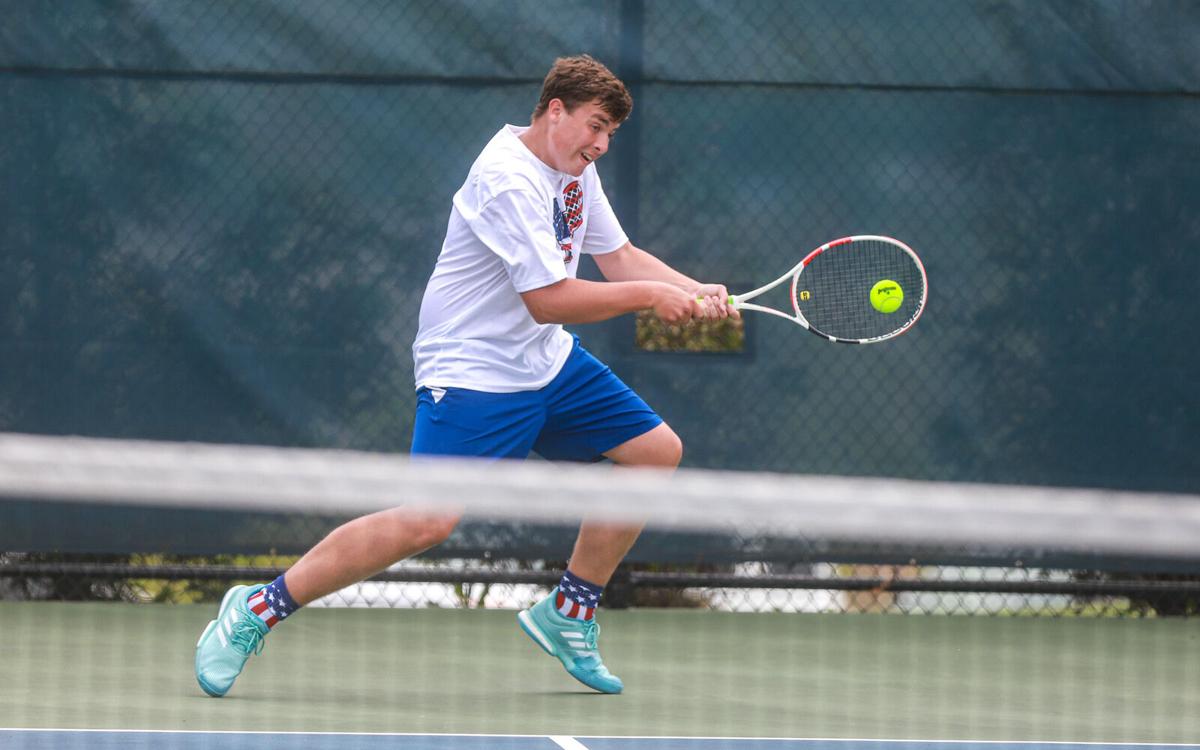 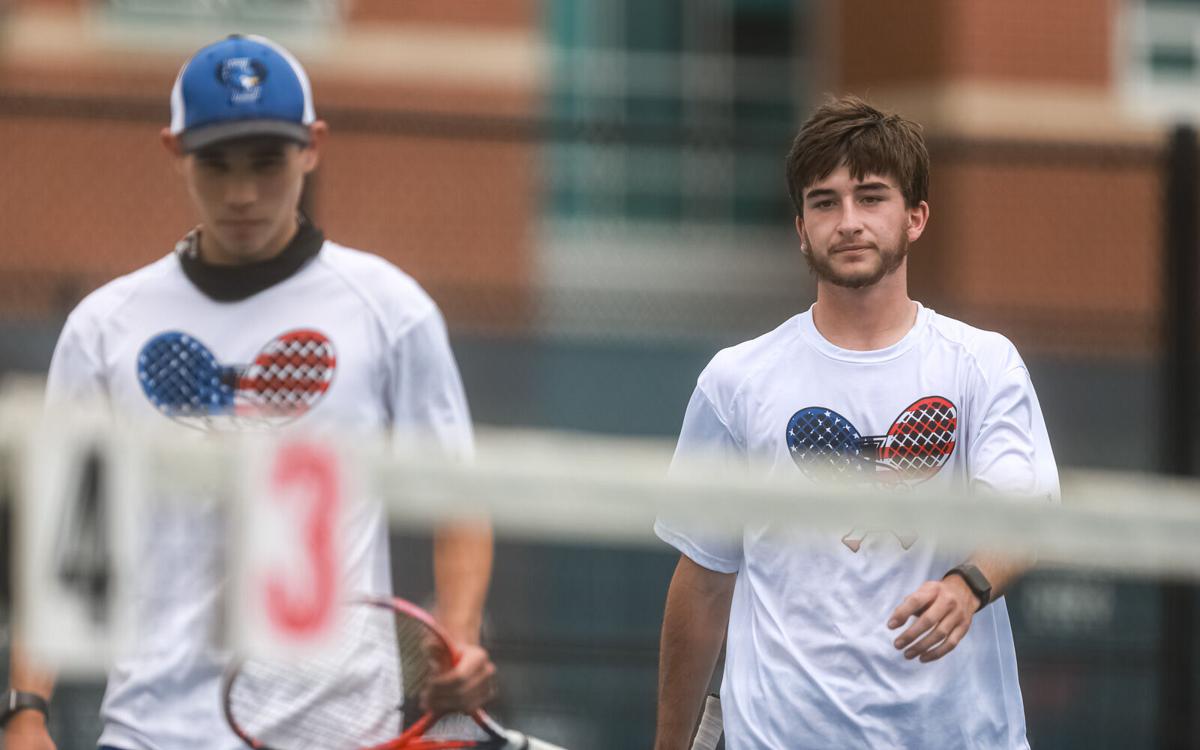 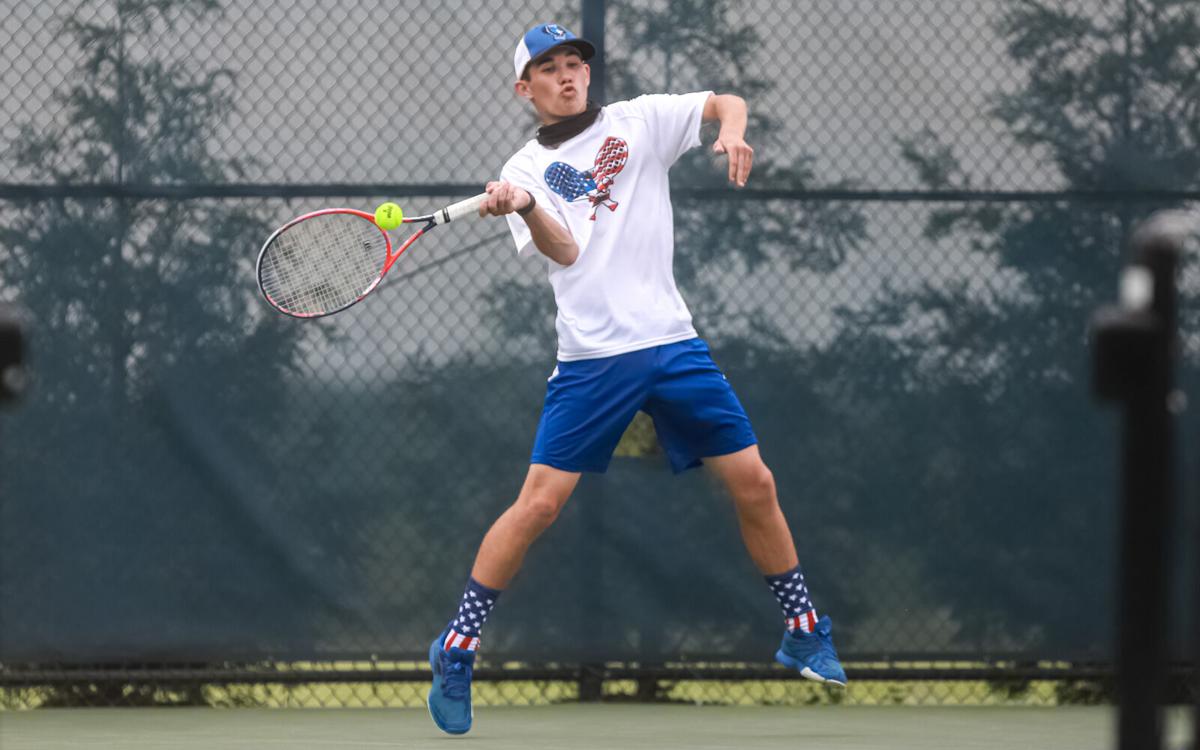 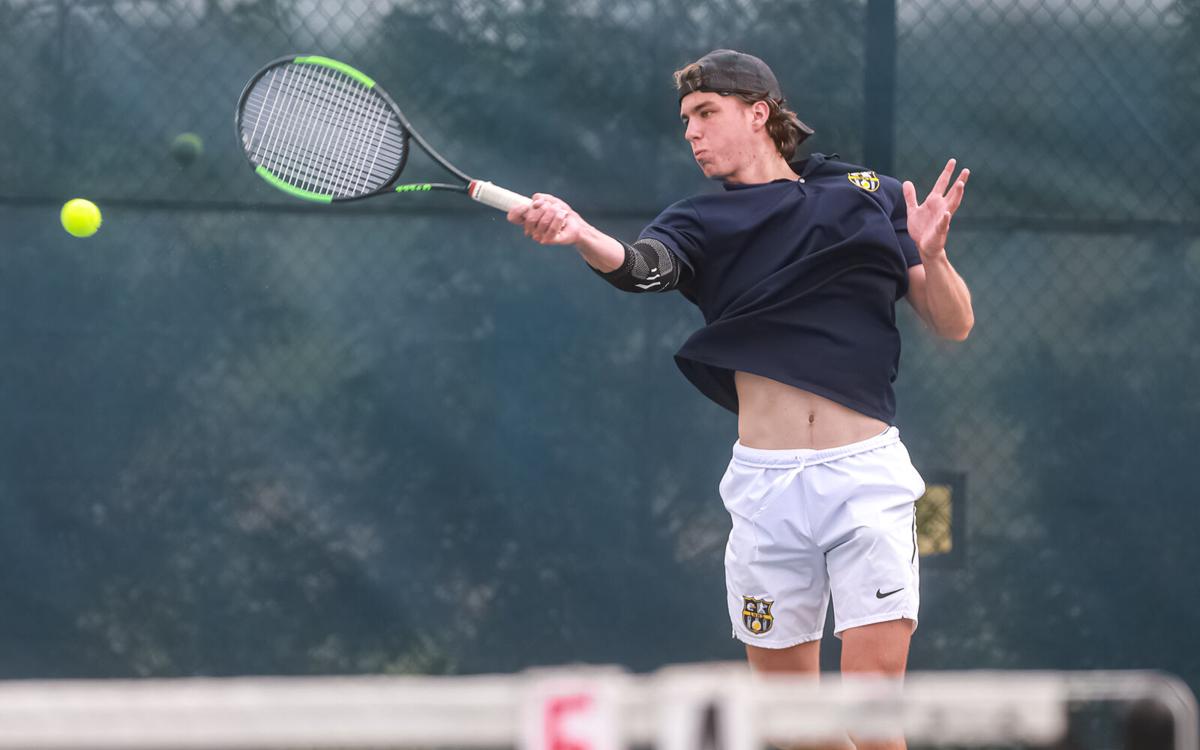 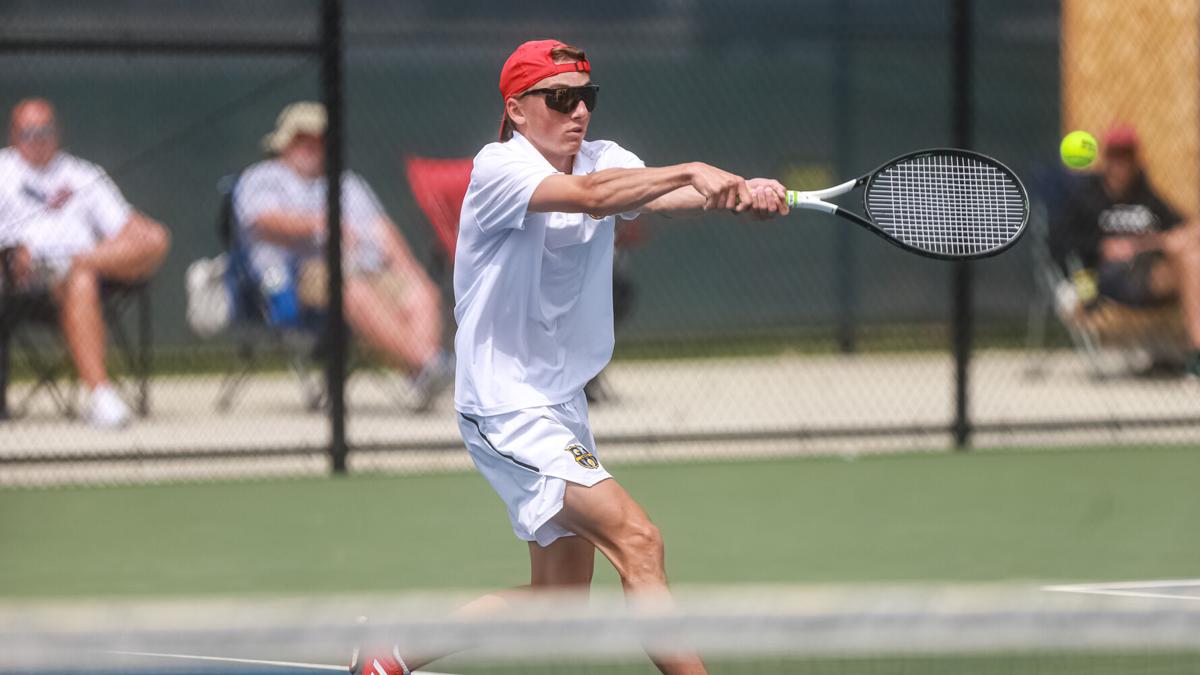 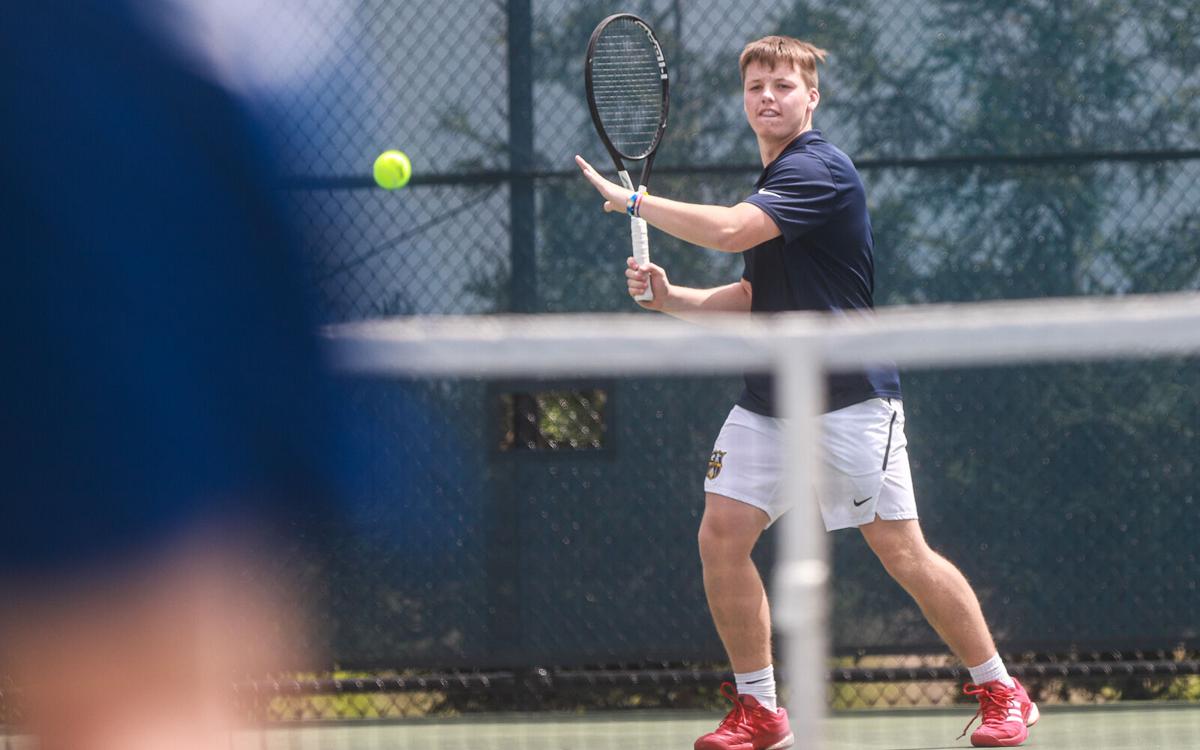 LIBERTY — When the Missouri Class 3 District 8 individual tournament reached the semifinals, it was clear that the two doubles teams that were going to head to the Missouri state tennis championships would hail from Liberty.

The Koch boys defeated Eagles senior Jack Brown and junior Graham Carter 6-0, 6-3 to complete their dominant performance at the event. The Kochs advanced to the finals by beating Liberty North’s other doubles team of seniors Jed Anderson and Brett Wolkey in a pair of 6-2 sets.

Brown and Carter beat Liberty’s other doubles team of seniors Liam Bogue and Austin Hamilton in their semifinal matchup. The Eagles duo won 6-2, 4-6, 6-2, joining the Kochs in securing a trip to the individual state tournament, scheduled for May 21-22 at Cooper Tennis Complex in Springfield.

Bogue and Hamilton took down Anderson and Wolkey 8-5 in the third-place match.

In singles, Liberty freshman Spencer Weishaar was the only Liberty product to advance to the semifinals after he beat Liam Colebank of Staley 6-3, 6-0 in his first match.

Weishaar lost 6-0, 6-1 to the eventual singles champion in River Flaska of St. Joe Central. Weishaar earned third place without needing to take the court again after his opponent forfeited the match.

Both teams will turn their attention to the district team competitions, with the Blue Jays looking to win their sixth straight district championship and seventh in eight seasons.