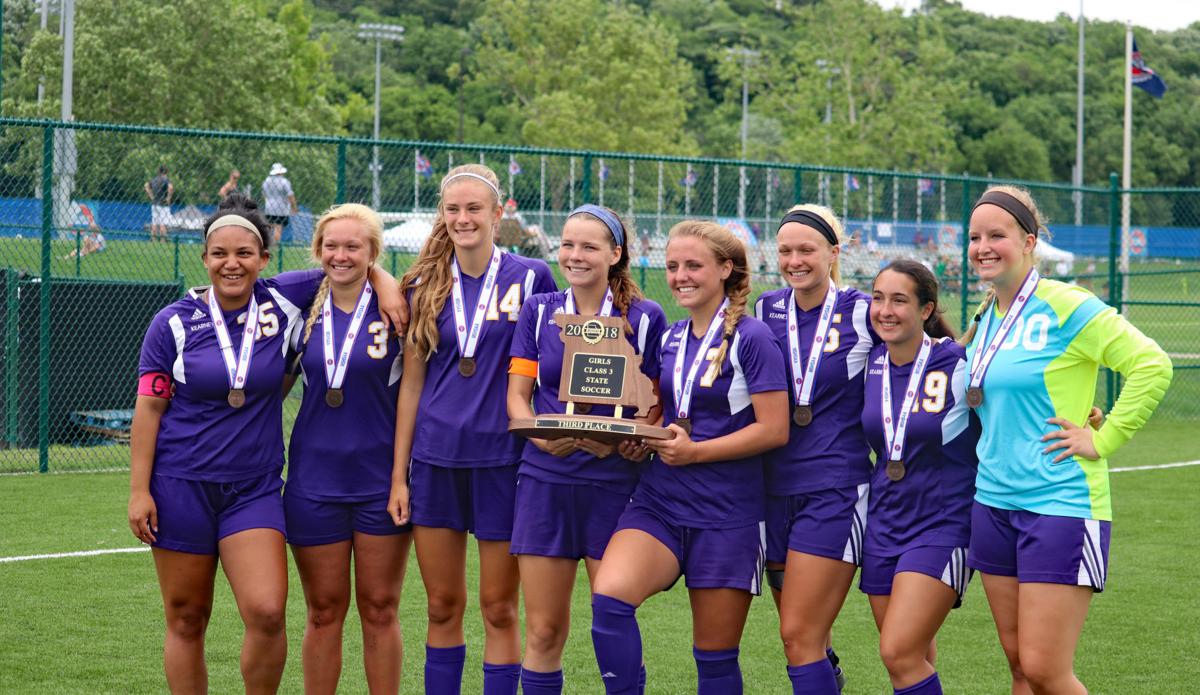 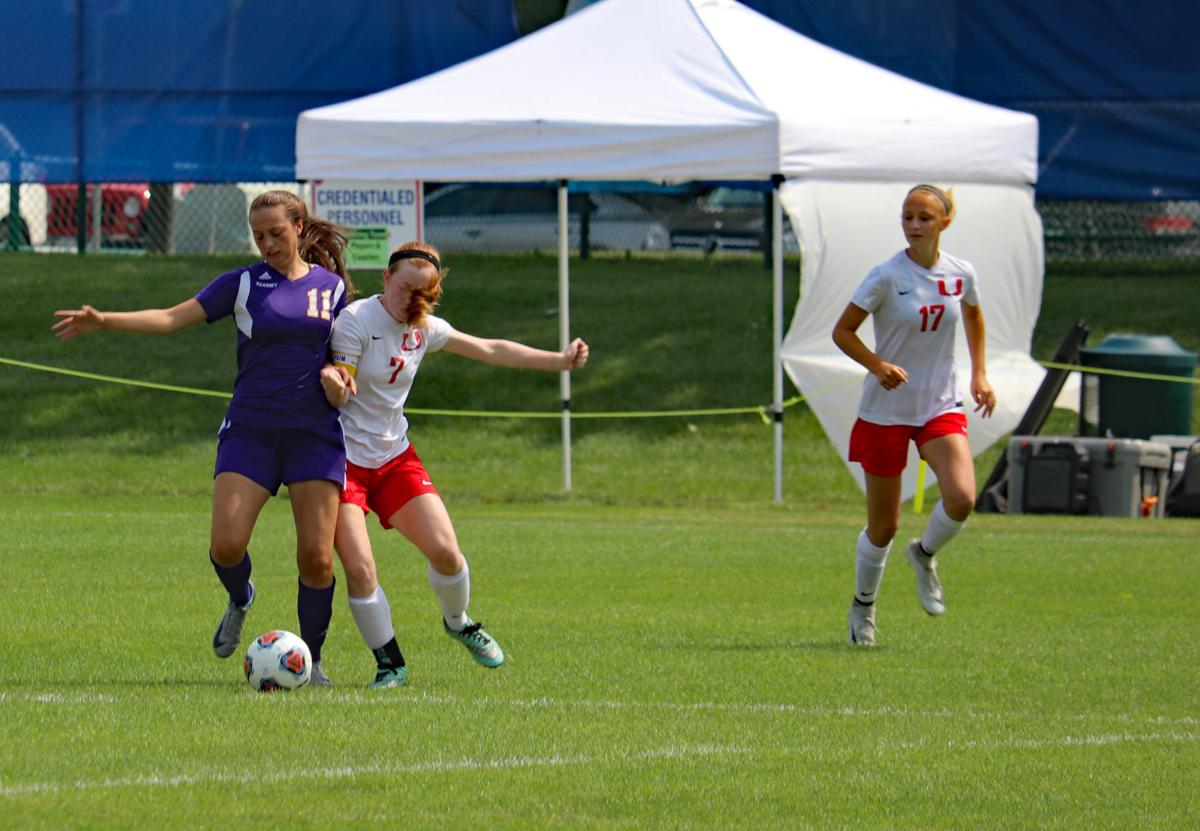 KANSAS CITY — Kearney entered the state girls soccer tournament with just one loss and a signature win over the nation’s top-ranked team the week before.

Yet, before their third-place matchup with Union, coach Amanda Hopkins surprised them with an assessment.

“This will be your toughest game of the year,” the second-year coach told them before the game.

Coming off a heartbreaking loss to eventual state champion Rockwood Summit in the semifinals the night before, the Bulldogs responded with a 3-1 win over the Ladycats on Saturday, June 2, at Swope Soccer Village in Kansas City.

“I am so proud of them,” Hopkins said. “We are all so proud of them for this and for everything else they did. They came back after a really tough loss, and they fought their hearts out.”

As Hopkins predicted, it didn’t come without work.

All the game’s scoring came in the first half, and in the second Kearney’s defense kept finding ways to clear the ball out of the scoring zone while freshman goalkeeper Mayson Behney manned the net well.

Behney had several point-blank saves in the game’s final 40 minutes to keep the Ladycats at bay.

While the Bulldogs admit they had hopes of a state title, Swope Soccer Village’s Field 6 was full of smiles as players and coaches posed for pictures after the game — even from a Kearney senior who finished her career unable to put weight on an injured ankle and watched the game’s finish from the medical tent.

Trinety Williams went down in the second half and had to be helped from the pitch. After the game, she had to be carted to the photo session and held up during the team photo.

It didn’t keep her from beaming a smile, wearing her medal and sitting in a golf cart awaiting a ride to the team bus.

“It’s really emotional,” Williams said about her last varsity game. “It’s so emotional because while it’s a great feeling, I don’t get to play with the girls I’ve been with for the last several years, including my sister.

“We haven’t made it to the final four in a few years, and it’s an awesome feeling.”

Before sustaining her ankle injury, Williams contributed the middle goal for Kearney in the game’s fifth minute on an assist from senior Elyse Kelly. The first and final scores came courtesy of a familiar foot from sophomore Caroline Kelly.

In just the game’s second minute, Kelly reached the back of the net’s right corner past senior goalkeeper Alexis Garlock to give the Bulldogs a lead they didn’t relinquish.

Her second score of the first half — and the last one for either team — came on a penalty kick after an infraction in the box put one of Kearney’s biggest threats one on one against Garlock.

Kelly said it wasn’t exactly where she wanted to place the shot, but she wasn’t about to give it back.

After Kelly and Williams made it a 2-0 game, the Ladycats took the fight to Kearney.

Where are they now: Ben Weaver finding success in the financial world

Sports Editor Thom Hanrahan can be reached at thom.hanrahan@mycouriertribune.com or 389-6643.