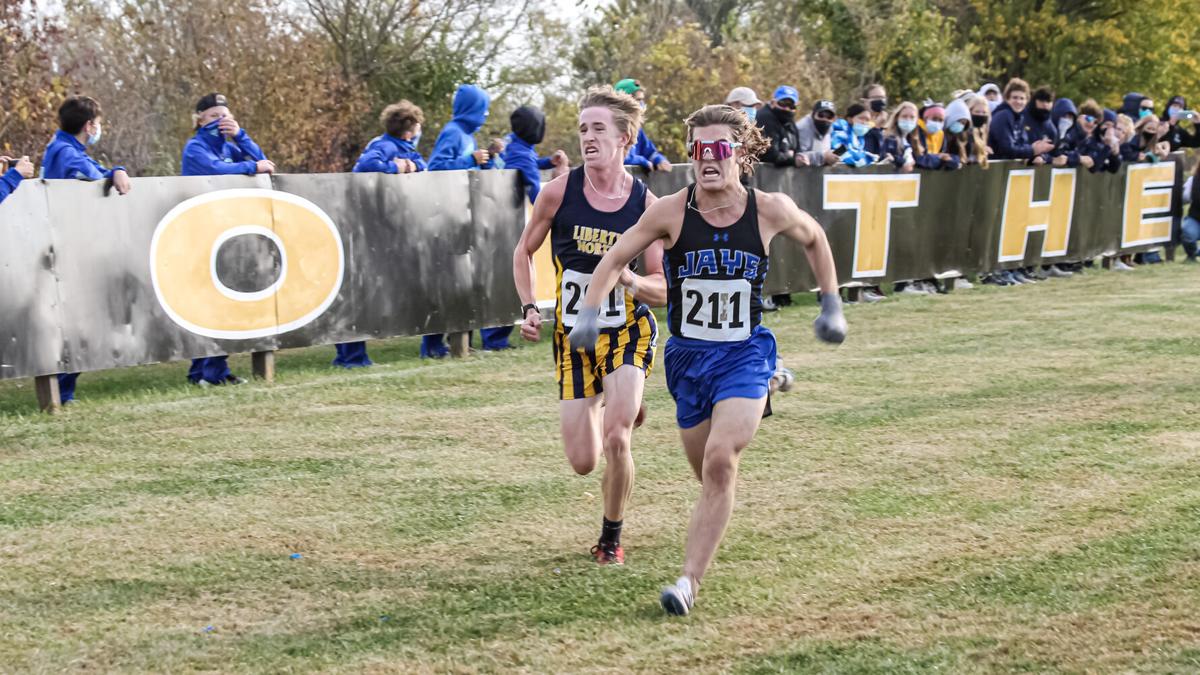 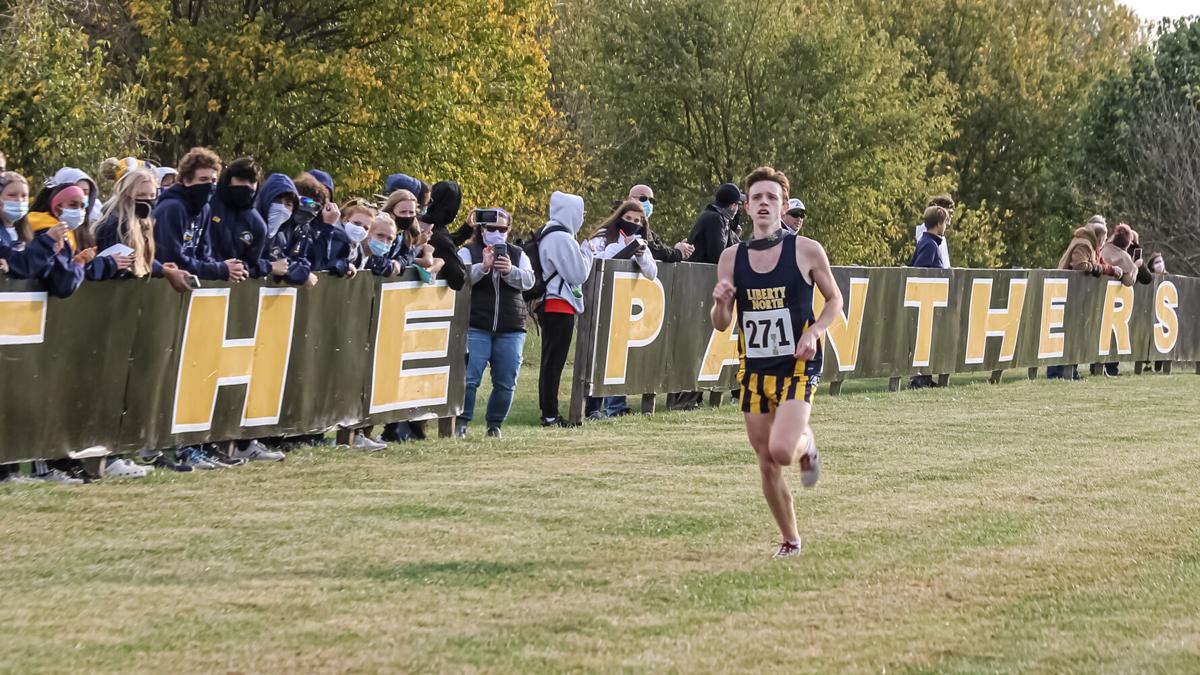 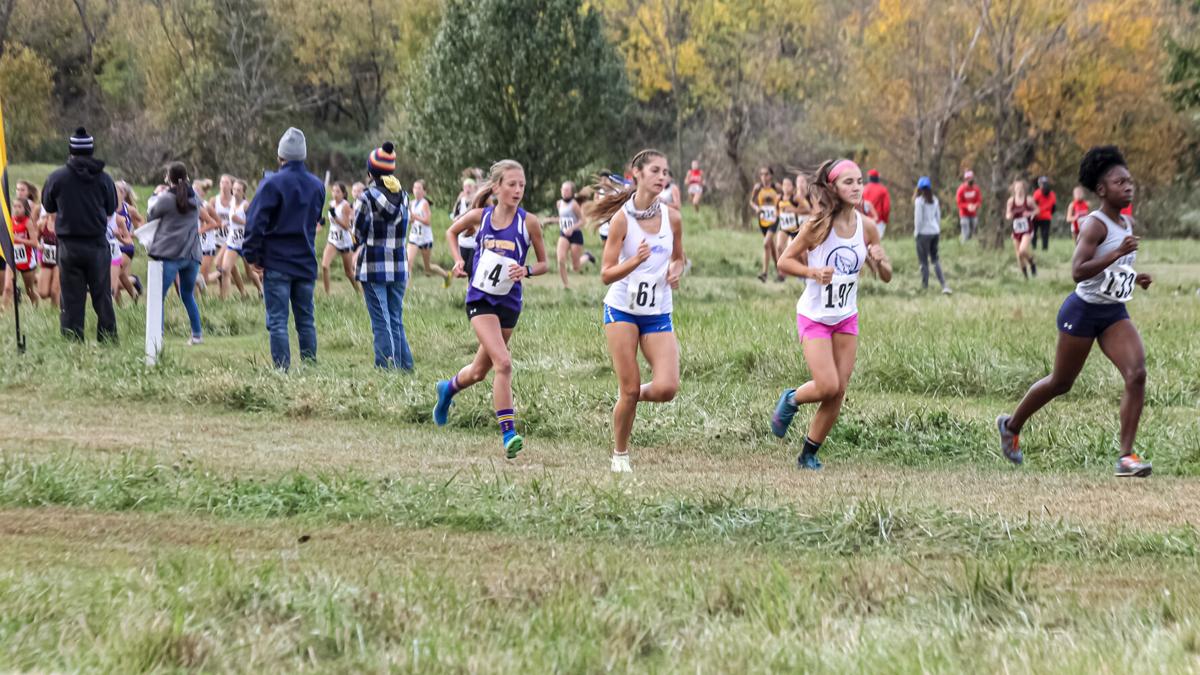 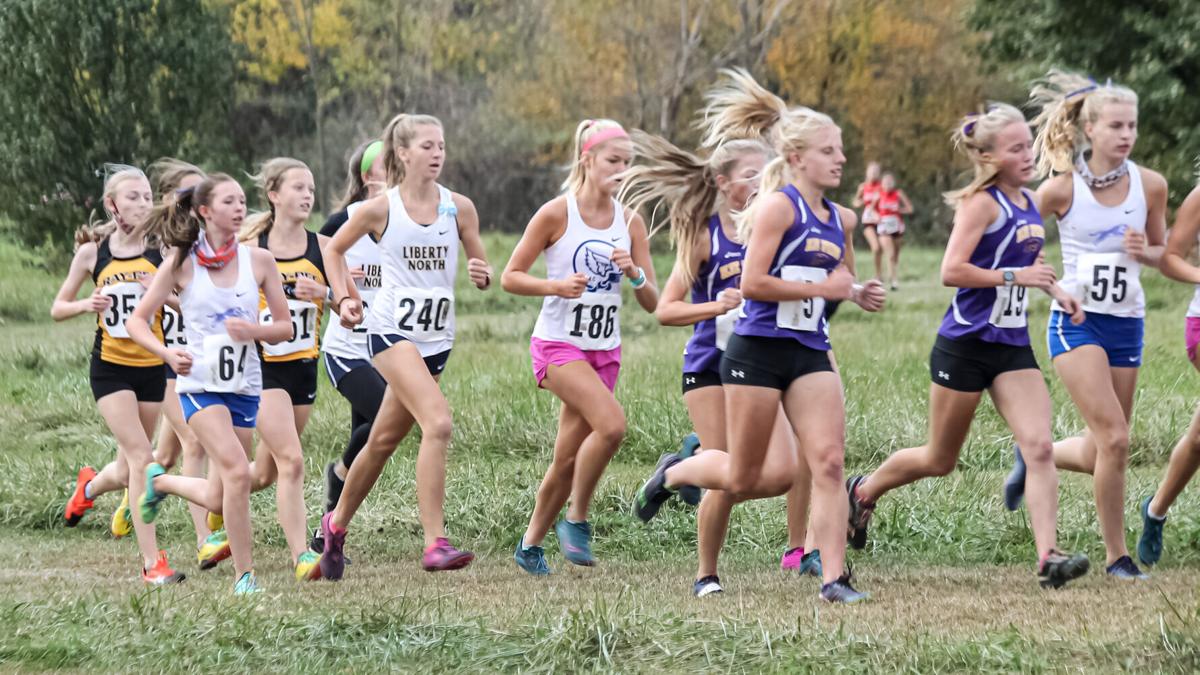 LIBERTY — The cross country teams at both Liberty schools moved up to the Gold Division of the Greater Kansas City Suburban Conference this season. The boys teams seemed to handle the new competition just fine.

The Liberty North boys edged out Liberty by a single point to win the conference title. Five Eagles finished in the top 15 to score 44 points. Liberty ended with 45 points as four runners placed in the top 12.

The difference in the race ended up being Eagles senior Dylan Duncan (17:02.20) beating Liberty’s fifth runner, senior Kage Lenger, by a fraction of a second to take 16th while Lenger got 17th.

The Eagles girls team similarly edged out the Liberty team but for fourth place. Freshman Aubrey Seltman finished six with a time of 19:58.10 to make the all-conference first team. Sophomores Abby Hedges (17th, 20:37.10) and Shelby Harris (20th, 20:39.70) rounded out the top-20 finishes for the team.

Liberty sophomore Sutton Richardson had the top individual finish of all area competitors as the girls race runner-up with a time of 19:21.00. Junior Grayce Kilkenny joined her in the top 20 by finishing 18th with a time of 20:37.30.

All four squads will set their sights on the Class 5 District 8 race Saturday, Oct. 31 at Jesse James Park in Kearney.