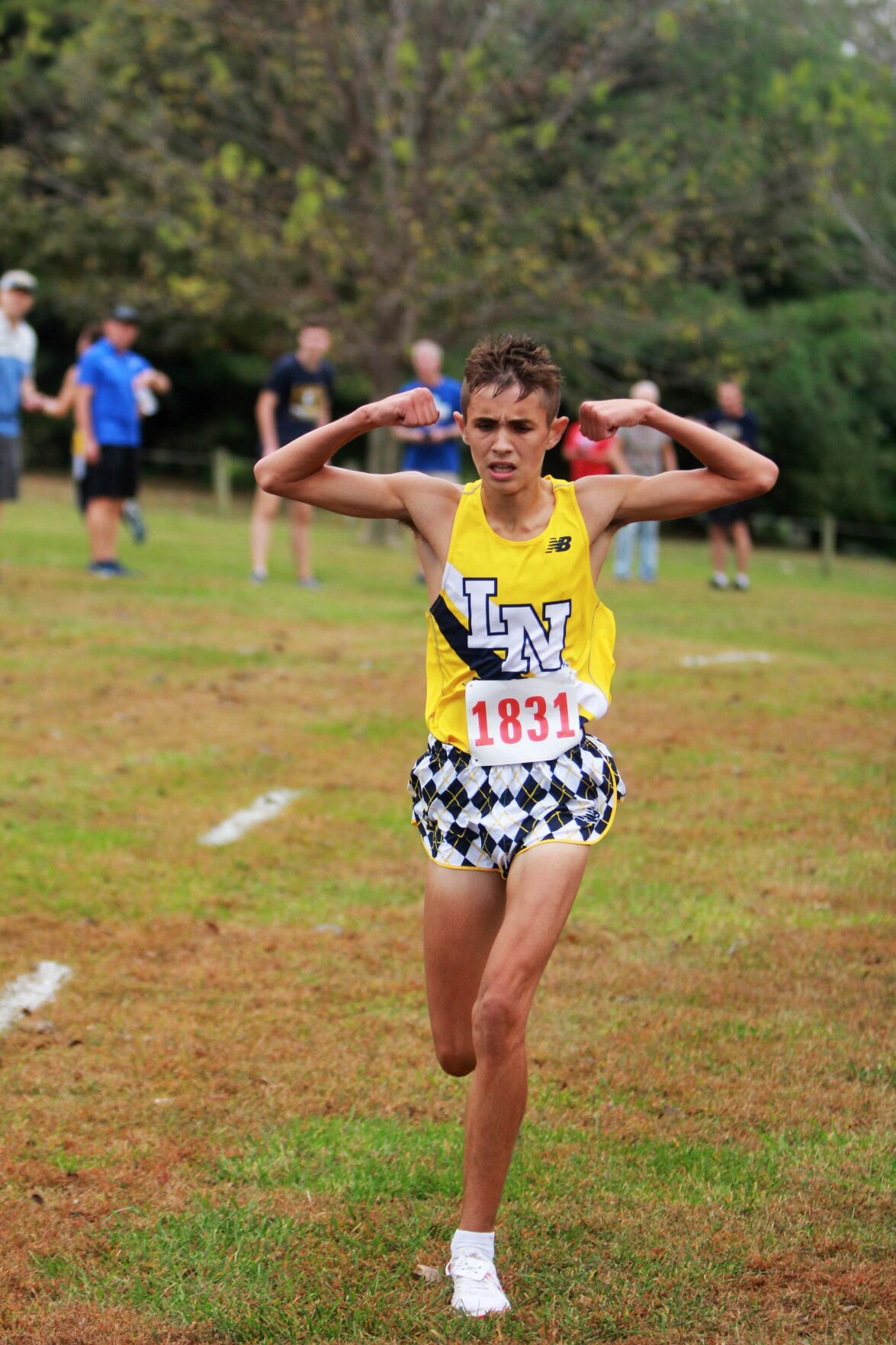 Sage Wilde flexes at the finish line after winning the Kearney Invitational in Jesse James Park on Saturday, Oct. 9. 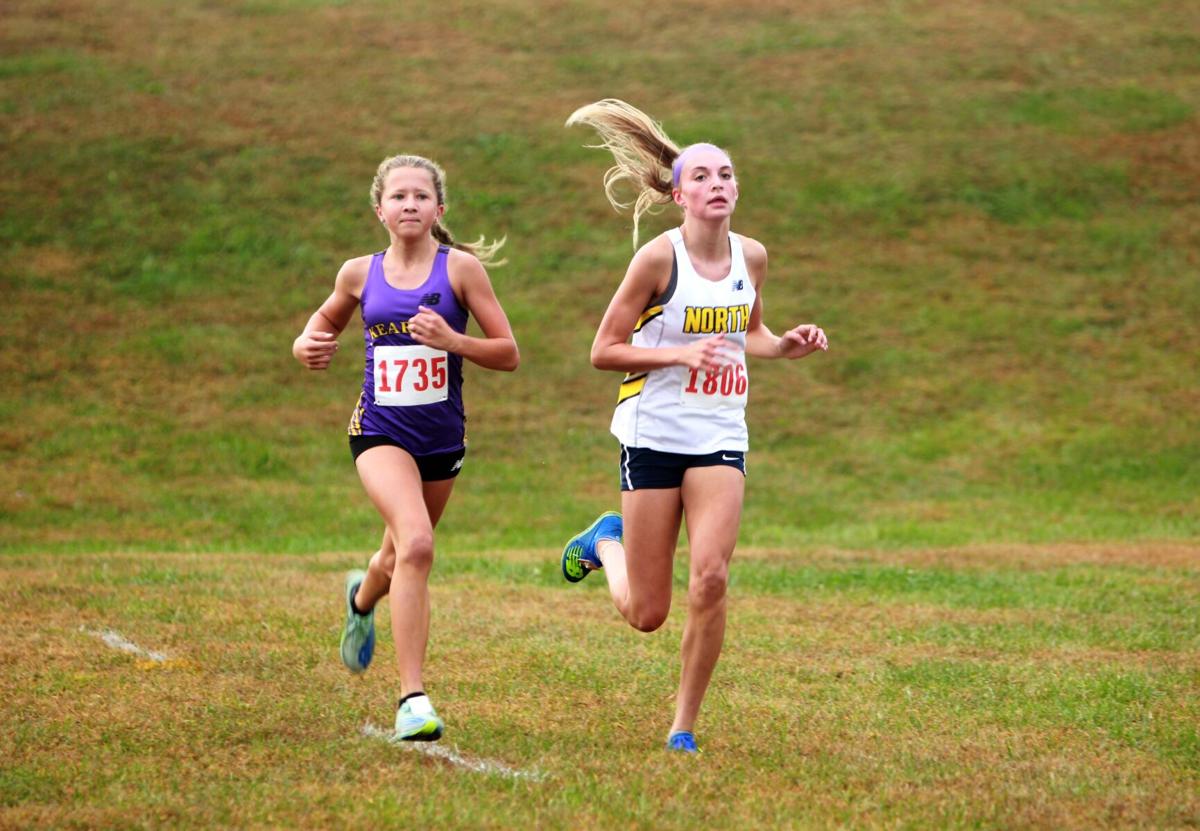 Sage Wilde flexes at the finish line after winning the Kearney Invitational in Jesse James Park on Saturday, Oct. 9.

KEARNEY — Jesse James Park was the location for the Kearney Invitational on Saturday, Oct. 9. Liberty North and Kearney competed on the boys and girls side along with 15 other teams.

The overcast conditions were perfect for the racers at the start line as they maneuvered their way through the 5K course.

Liberty North’s Sage Wilde was unstoppable during the race. He took it out by himself and never relinquished the lead as he won the race with a 15:37.

“The course is misunderstood,” Wilde said. “The first 2 miles are nice and then it’s the last two hills that you need to power up.”

The final hill in Jesse James Park is demoralizing, 400 meters straight up with around 800 meters remaining to the finish line. It’s a true test of mental toughness and fitness especially when you are running by yourself which Wilde had to do.

“It’s hard to lead by your own,” Wilde said. “I know had to, I do not have the greatest kick in the world so I knew I had to put some distance on them.”

Wilde is a “big mileage guy” who is putting up around 70 miles a week to get him into the shape that he is today. He is looking to cut down the mileage soon and start working on speed as the season comes to a close.

His teammates were just as strong especially in the latter half of the race. Ethan Lee grabbed second place with a 16:36 and Grayson Tapp followed him with a 16:44. The Eagles finished 1-2-3 as they secured the team championship with 21 points.

“The boys are like family,” Wilde said. “We’ve really worked our butts off this whole season.”

Kearney boys finished in fourth place as a team with 157 points. The Bulldogs top finisher was Kyler Chappell with 18:25, good enough for 21st place.

On the girls side, Alex Kinstler led the way with a third-place finish.

The freshman finished with a 19:57 as she battled Liberty North’s Aubrey Seltman throughout the race. Kinstler was able to separate right before the big hill at the end of the course.

Seltman finished in fourth place with a 20:41 while her teammate, Shelby Harris, was close behind with a 20:45. The Eagles captured the team championship too with 48 points. Kearney was close with 70 points and a second place.