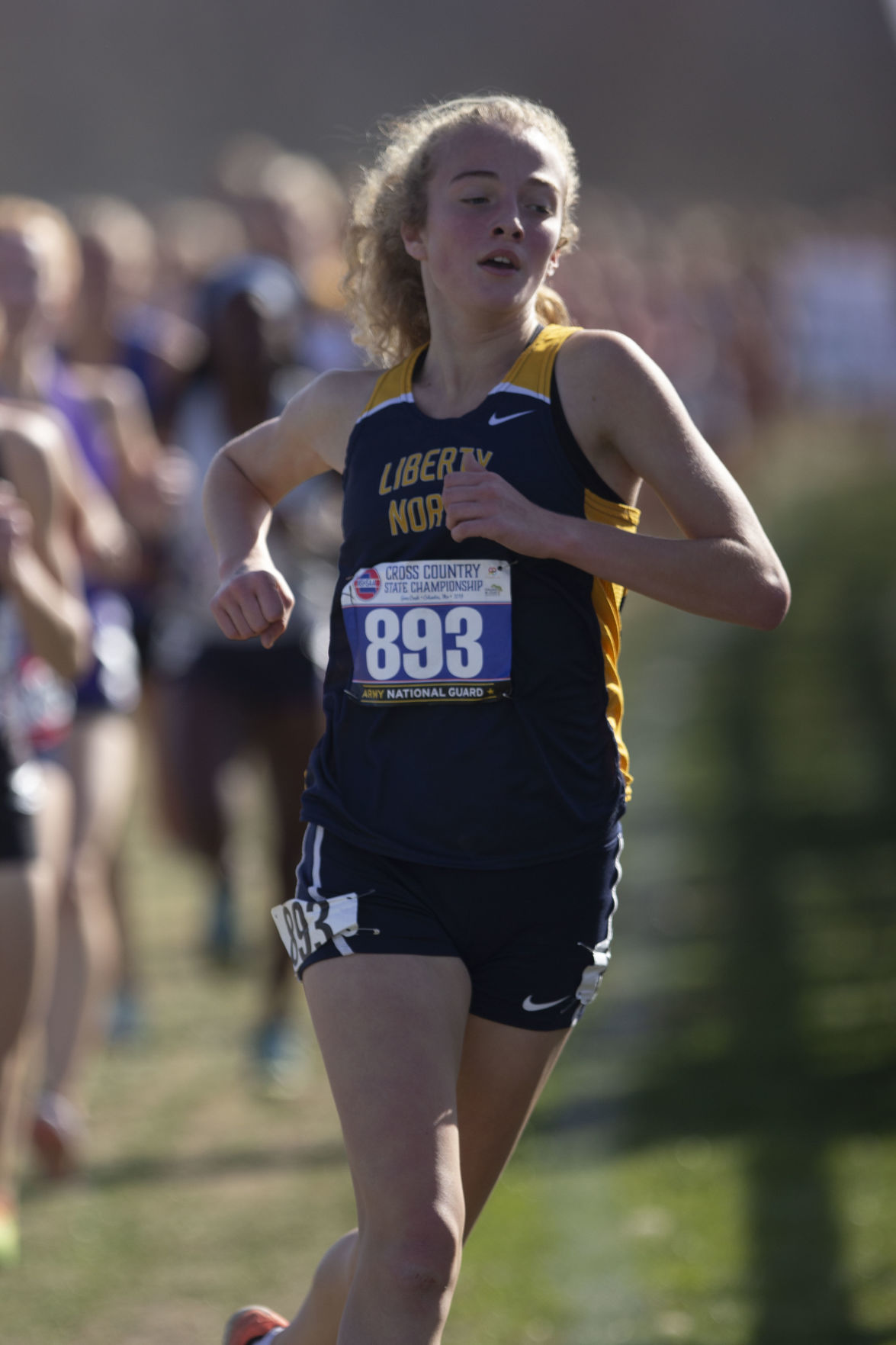 Liberty North’s Elizabeth Stinson keeps focused on running after her spring track season is canceled due to school closures caused by the coronavirus pandemic. Stinson is pictured running in the MSHSAA Class 4 cross-country race in November 2019. 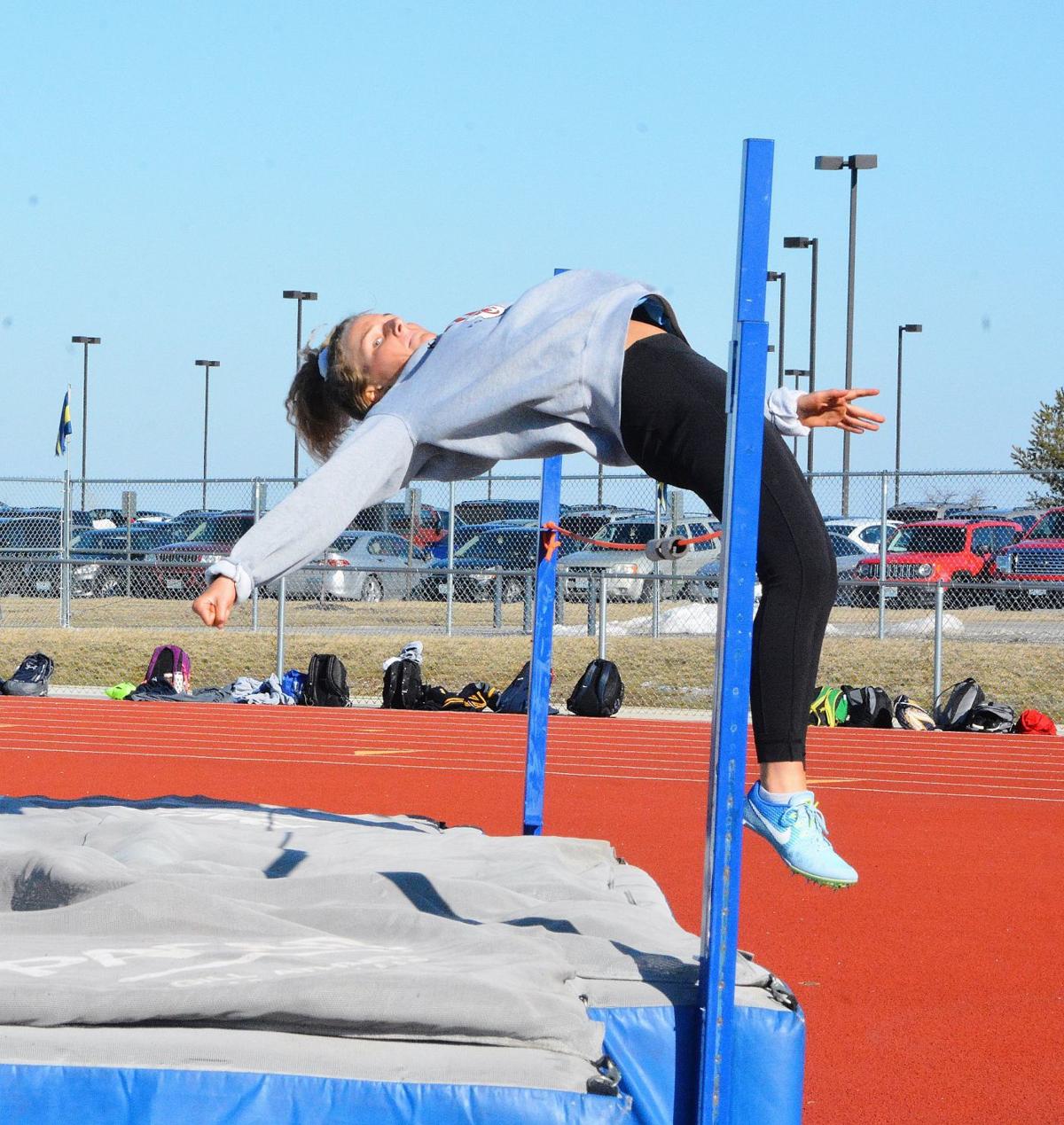 Liberty North’s Elizabeth Stinson keeps focused on running after her spring track season is canceled due to school closures caused by the coronavirus pandemic. Stinson is pictured running in the MSHSAA Class 4 cross-country race in November 2019.

LIBERTY — The Liberty North girls track and field team were confident heading into this season. The Eagles hoped to not only repeat as conference and district champions, but head coach David Chatlos felt like the team could break as many as nine school records this season.

“I think our sprint records were pretty safe, but I think the 400 on up may have gone down this year,” Chatlos said. “It’s really unfortunate that we didn’t get the opportunity.”

The Eagles returned all-state performer in junior Olivia Henkel, who placed fifth at state and already set the school’s high jump record. Junior Kaitlin Peek held the school record in shot put, but her PR is only half an inch ahead of junior throwing teammate Elaina Gorton. Both competitors had their sights set on the discus record as well.

Stinson, who was an all-state runner for this year’s cross-country team helmed by Chatlos, entered this season with aspirations to qualify for state in the 1600- and 3200-meter events.

She has had the goal of competing in an individual event at state going back to her qualifying with the 4x800 team during her freshman season.

“I just always aspired to be that, but I always knew that it would take a lot of work,” Stinson said. “It was just kind of crazy watching all these athletes during my freshman year. … I think I really hoped to be where I’m at now but I don’t think I ever would have predicted it.”

Chatlos said she’s always pushed herself to get to that level, often running 10 or more times a week.

Chatlos said he stopped running each morning with his athletes in the last few years since having kids, but Stinson would run every morning whether he was there or not.

“The great part about her is you can see the work pay off,” he said. “Some people are just naturally gifted when they come in as freshmen. … She’s not like that. She’s an absolute product of her work ethic. I’ll take those (athletes) any day.”

Stinson held out hope she would get one last chance to compete for the Eagles in the 3200-meter, her favorite race. She said she felt disappointed when the season initially got pushed back, then nervous as the school closures kept getting extended.

When the season was outright canceled on April 9, she said it was a “blow to the heart.”

“I love to run and I love to compete,” Stinson said. “I was hoping for a senior year with track and racing for Liberty North again, so to have that taken away hurt a lot.”

Not only was Stinson in emotional pain, Chatlos said she could probably have used a few days off to recover from some nagging injuries.

But Stinson, who will compete in cross-country for Drury University this fall, ended up doing exactly what Chatlos has come to expect from her over the last four years.

“I woke up and I did my college routine,” Stinson said. “I ran, I did exercises and I just pushed forward.”