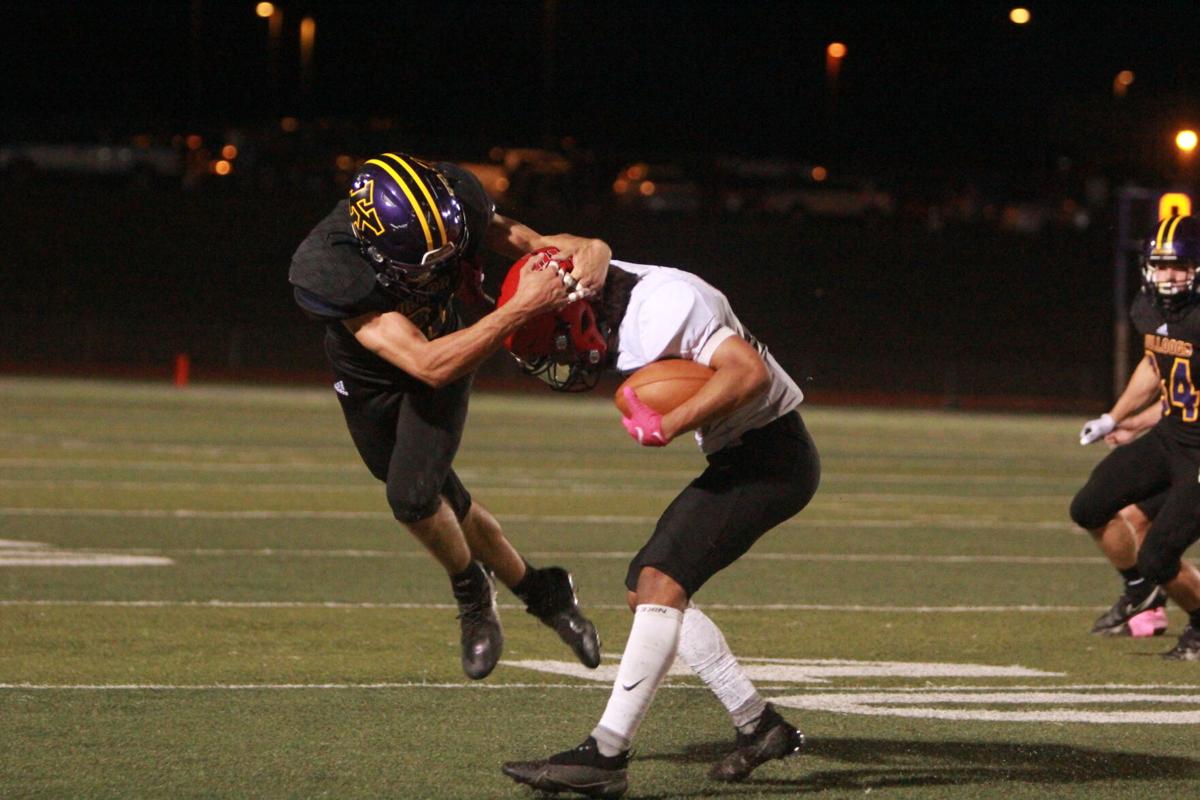 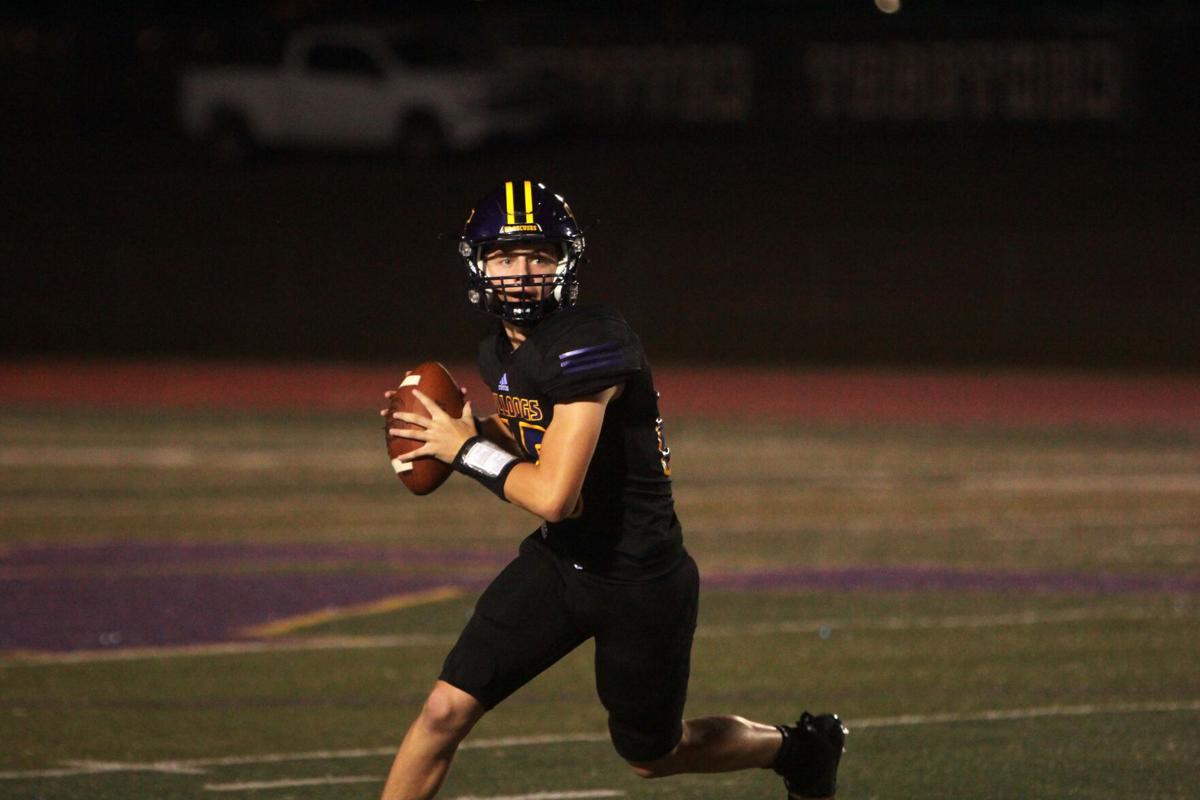 Kearney's Casey Rooney runs out of the pocket against Raytown South Friday, Oct. 8.

Kearney's Casey Rooney runs out of the pocket against Raytown South Friday, Oct. 8.

KEARNEY — The Bulldogs needed two quarters to fire 49 points on the board in their victory over Raytown South Friday, Oct. 8.

The Bulldogs dismantled the Cardinals 49-8 behind five rushing touchdowns from the explosive KJ Smith. The senior running back was able to bounce it to the outside and inside as he scored from 51 and 36 yards out.(tncms-in

“Up front, we dominated them and they made it easy on my part,” Smith said. “I’m following my blockers and getting into the hole, and based off of that, I’m hitting it inside or out.”

Head coach Josh Gray was impressed with his running back’s ability as well as his offensive line in the victory.

“He’s got a lot of grit,” Gray said. “He’s got the desire, the desire to get better. He wants to do well and wants to play hard. He’s not afraid to lower his shoulder and make some pretty amazing plays.”

Sophomore quarterback Casey Rooney looked comfortable throughout the game as he stood in the pocket and delivered a couple of great throws. Rooney even used the bootleg to get out of the pocket and fire to his tight end Zach Grace.

“That’s a good start to our passing game for us,” Smith said. “He had some pretty good throws, good connections.”

Rooney finished the game 7 for 8 and 119 yards through the air including a 30-yard touchdown to Grace. Rooney also found Ian Acosta on a fade route towards the end of the first half for the 33-yard touchdown.

The win for Kearney puts them at 3-3 on the season and winners of three of their last four. The team is trending in the right direction — especially on the defensive end, which has allowed only seven points per game in this stretch.

In the second quarter, Kearney led 28-0, and Raytown South were driving down the field. The Cardinals had the ball at Kearney’s 14-yard line when the defense came up with a huge turnover. Drake Cole jumped the route and intercepted the ball, returning it to the Kearney 40-yard line.

“They have come a long way from the beginning of the season,” Gray said. “(Defensive coordinator) Brinkley does a great job with those guys and getting them dialed in and understanding.”

Kearney finishes the Homecoming week on the right note, but Smith wants more for his Bulldog team.

“We had a rough start, but we have been grinding at practice and grinding in the weight room,” he said. “We’re looking to win some more.”