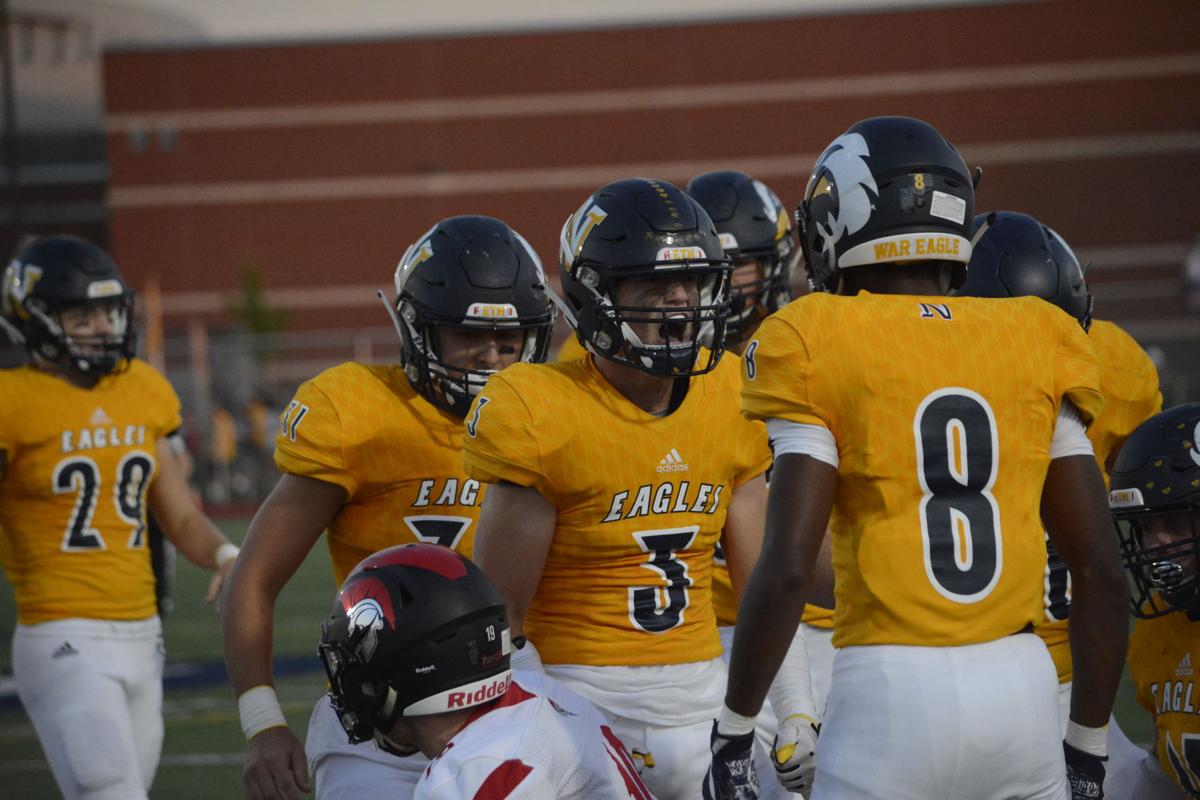 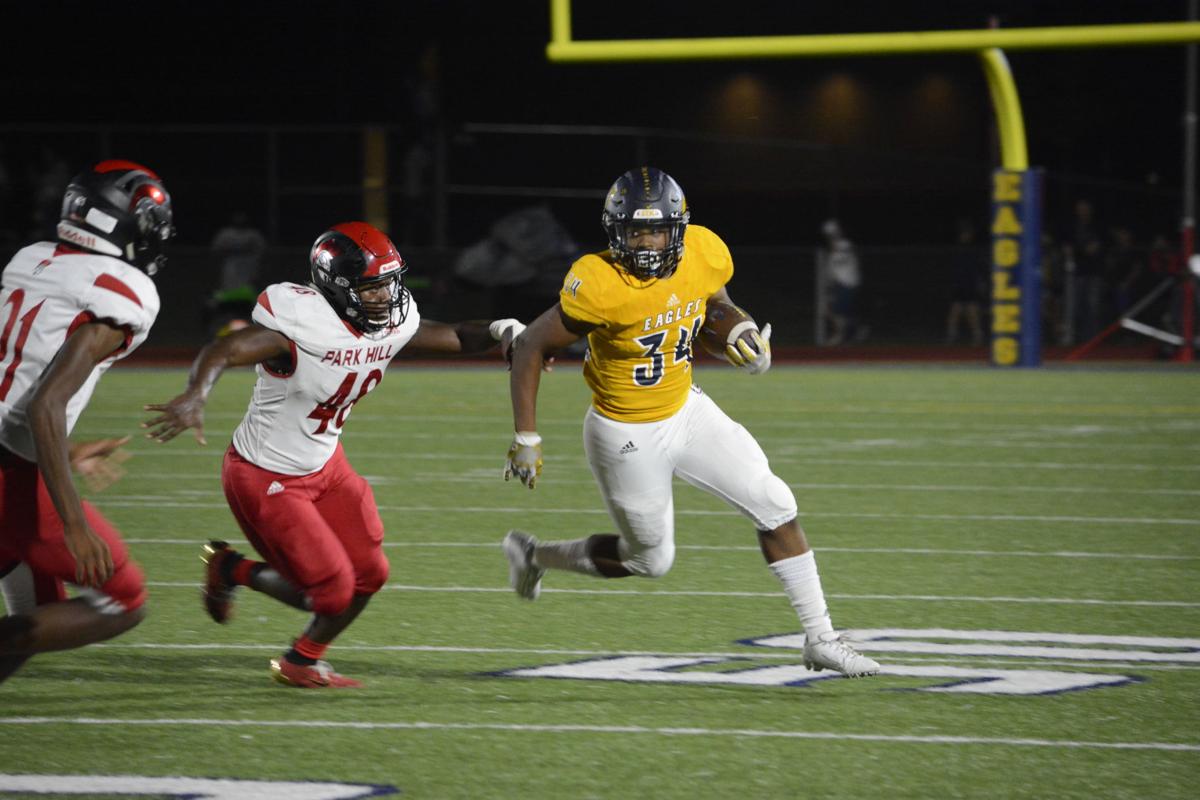 Junior running back Zac Willingham-Davis carries the ball during a game between the Liberty North Eagles and Park Hill Trojans. The Eagles defeated the Trojans 24-3 to improve to 3-0 on the season.

Junior running back Zac Willingham-Davis carries the ball during a game between the Liberty North Eagles and Park Hill Trojans. The Eagles defeated the Trojans 24-3 to improve to 3-0 on the season.

LIBERTY — Liberty North impressed in the first two weeks of the 2019 high school football season. But the third week of the campaign might say even more about the current state of the Eagles.

State-ranked No. 6 Liberty North used a strong defensive effort to beat No. 5 Park Hill 24-3 on Friday, Sept. 13, at the Crossley Family Activity Complex.

Liberty North moved to 3-0 on a season for the first time since 2011, the program’s second year.

“It’s huge,” Eagles coach Greg Jones said of the victory. “This one was a statement game.”

The Eagles kept their opponent out of the end zone and allowed just three points for a second straight week. Liberty North’s defense is now averaging just nine points per contest this season.

“Amazing,” Jones said. “They’re the same as they were week one. Just lights out. They’re flying around and playing like a fist, swarming the football and wreaking havoc. That’s what we want to do.”

“It feels amazing. There’s no better feeling than that,” said junior defensive back Connor Baxley, who had two interceptions and a fumble recovery. “It wasn’t just me. It was the whole defense. It was all of us, not just me.”

The Eagles took advantage of solid defense and Park Hill penalties when senior Keshawn Turner scored on a 6-yard rushing touchdown midway through the first quarter.

Senior Jake Van Dyne dialed up a 35-yard passing touchdown to junior Davis Rockers to make it 14-0 with 6:37 left in the second quarter. Then, with 2:35 left until halftime, Van Dyne hit senior Luke Mathews for an 85-yard touchdown play.

The second half was all about the Eagles’ defense. As Park Hill showed life, Baxley registered his first of two picks in the end zone and brought it out near the 20-yard line.

“We’ve been preparing all week. It’s the whole entire team. We went out here and executed and played our butts off and it paid off,” said Baxley.

The Eagles beat Liberty for the first time last season. The Blue Jays hold a 4-1 advantage over Liberty North in the short history of the rivalry, which continues at 7 p.m. Friday, Sept. 27, on Hy-Vee Field at Liberty High School.

“This is going to be nice to celebrate this weekend,” Jones said, “but come Monday, we got to go back to work because we have a crosstown rivalry and they don’t care what your record is.”

Sports Editor Adam Burns can be reached at adam.burns@mycouriertribune.com or 389-6643.​