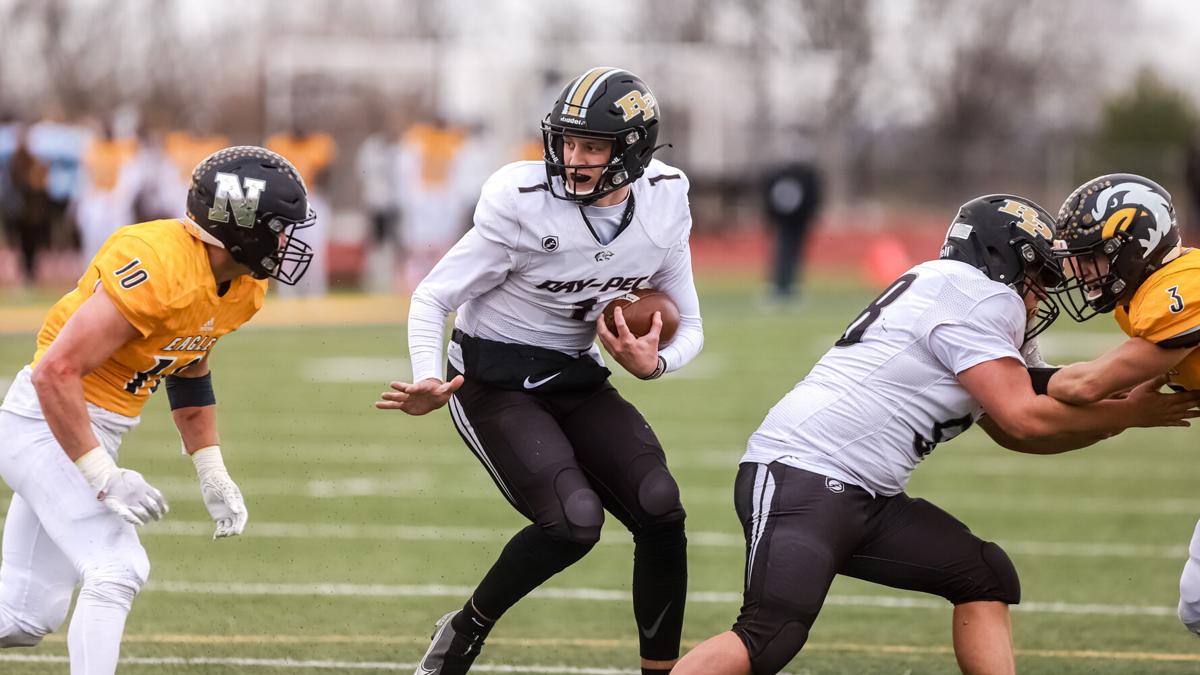 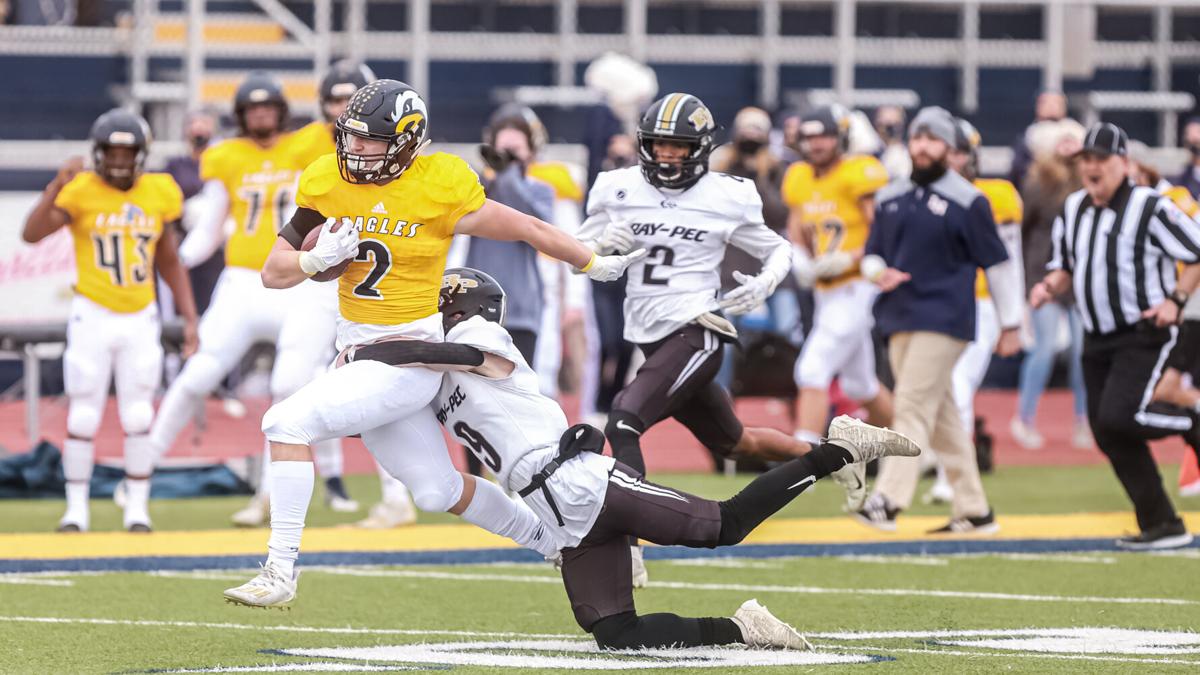 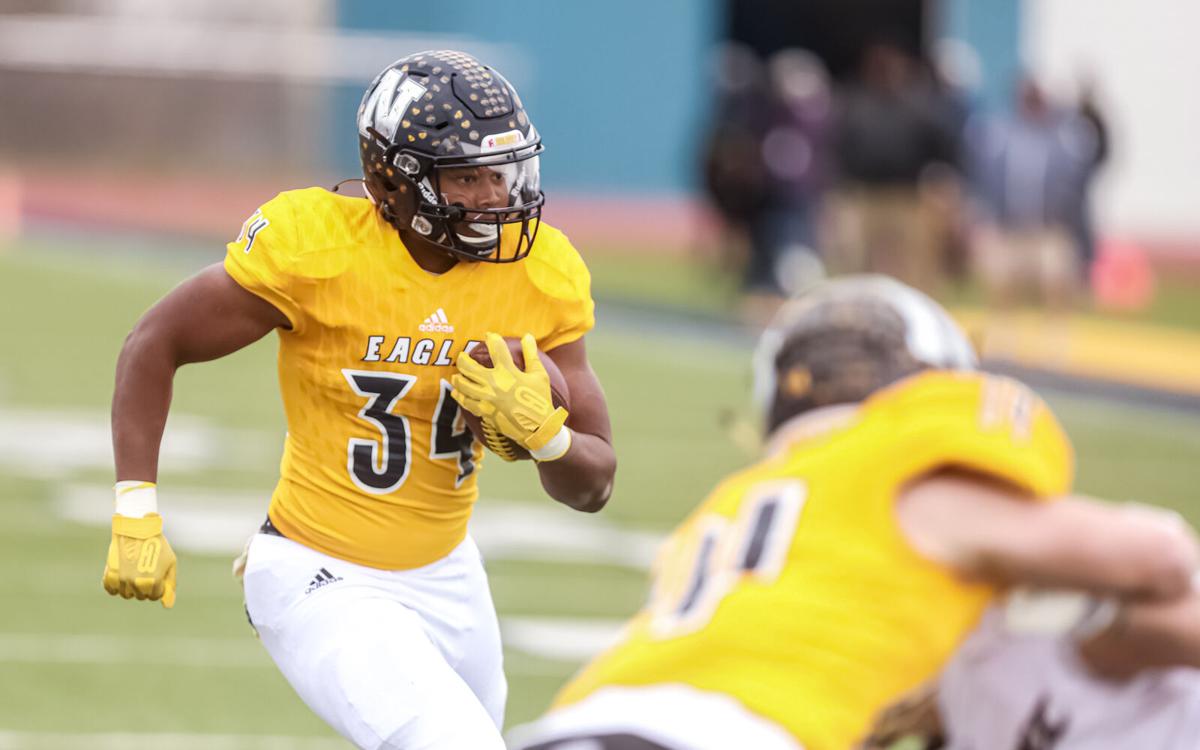 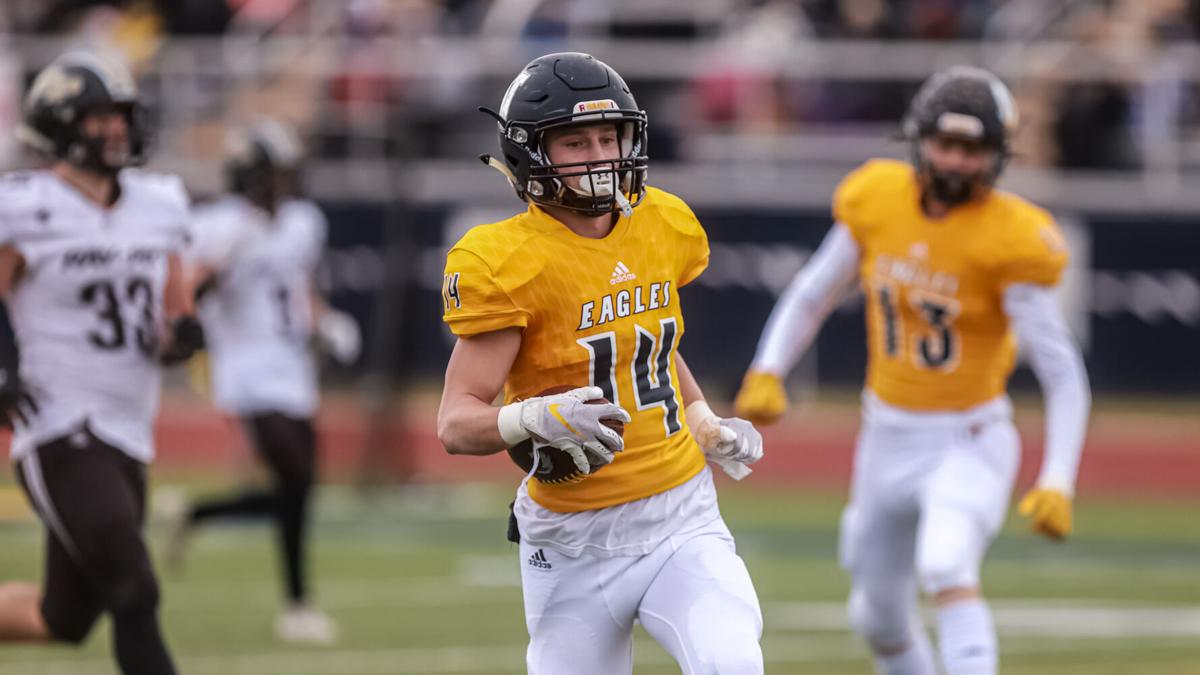 Drops of rain that started falling did not compare to tears shed by Liberty North players.

Liberty North held the Panthers scoreless in the second half after both teams delivered fireworks in the early going, but the Eagles needed one last stop that came too late as the Panthers held on for a 24-17 victory at Liberty North High School.

The Eagles thought they had a chance after they brought the score within 7 points heading into the fourth quarter. The defense limited a Panthers red zone opportunity and held Ray-Pec to a field goal attempt that went wide left.

Liberty North was unable to capitalize on the situation the Eagles were forced to punt from their own 29-yard line following a three-and-out.

“We just didn’t get it done,” Eagles head coach Greg Jones said. “We had our breaks. I thought punting it right there at the end was going to be good, get them down there and pin them.

“We’d usually play defense and get the ball back with great field position and score. But it didn’t work out the way we scripted it on paper.”

Raymore-Peculiar senior quarterback Conrad Hawley, who passed for 155 yards on 12 of 18 passing attempts, sealed the game by picking up four first downs on two passing plays and two quarterback keepers.

The Panthers used eight minutes off the clock before the Eagles defense finally forced them off the field on a turnover on downs at the 29-yard line with just nine seconds remaining.

Liberty North senior defensive back Bradyn Snider said the team just could not find a way to shut the Panthers down as their offense kept moving the chains on their final drive.

“They just got that last ball and held on to it,” Snider said, trying to hold back the tears. “It took the life right out of me. It left my body. I’m speechless.”

The Eagles had two plays but no real chance as the clock expired with Raymore-Peculiar earning a place in the Class 6 state title game next week.

The Eagles ran out of time, but they did not waste too much when the game began. Senior wide receiver Kaidan Armstead returned the ball 38 yards to get his team started at the 50-yard line.

Sophomore quarterback Sam Van Dyne completed as many passes on the opening drive as he had in last week’s district final, finding Justin Braden for 10 yards and Aiden Anderson for 32 yards to get in the red zone.

Senior running back Zac Willingham-Davis put Liberty North on the board as his blockers gave him an unimpeded run along the far left hash mark and into the end zone for a 9-yard rushing touchdown.

Willingham-Davis did not get much room the rest of the way, finishing with his second-lowest rushing yards of the season at 48. Junior running back Cayden Arzola added 31 yards on six carries, but it wasn’t enough to get the Eagles ahead at any point after the opening minutes of the second quarter.

Willingham-Davis gave the Panthers credit for coming in prepared and playing physical for four quarters to slow down the Eagles rushing attack.

“They took time, studied the film, found tendencies and they took (the running game away),” Willingham-Davis said.

Raymore-Peculiar followed the Eagles’ opening score with one of their own.

Hawley orchestrated an 8-play, 72-yard drive that nearly stalled out at the Eagles’ 46-yard line before he connected with Jaidyn Doss for a 41-yard reception. Phillip Gager ripped off a 5-yard run on the next play to tie the score at 7-all.

Van Dyne started going throw-for-throw with the Panthers signal-caller as he threw a deep strike to senior wideout Davis Rockers, who cut back to the center of the field underneath overpursuing defenders, for a 58-yard touchdown reception.

Hawley responded with two big plays down the field, first a 31-yard pass to Weston Ropp before finding Doss again for a 22-yard reception.

The Panthers turned back to the rushing attack with goal-to-go as Ben Einess scored a 3-yard rushing touchdown on a fullback dive in the opening minutes of the second quarter.

Both defenses settled down before halftime with each side forcing three-and-outs from the previously unstoppable offenses.

The Eagles defense took it one step further by stripping the ball away from Fager on a second-down run and senior defensive end Zane Giddings jumped on the ball to get his offense started at midfield.

The Panthers defense quickly returned the favor as Einess surprised from Van Dyne by leaping up to snatch away a pass over the middle and returning the ball to the Liberty North 24-yard line. It was Van Dyne’s second intercepted pass during the second quarter as he finished with 119 yards and one passing touchdown on 5 of 10 passes in the game.

Ray-Pec was able to get its offense moving again by turning to the run game. Fager and his brother Thomas traded runs before Phillip picked up his second score on a 7-yard rushing touchdown with less than a minute left in the first half.

The defenses stayed locked in as the only points scored in the second half was Blake Craig’s 26-yard field goal for the Eagles, which came off a short field when Snider intercepted a Hawley pass and returned it to the Ray-Pec 10-yard line.

This was a rematch of not only Liberty North’s last loss this season back on Sept. 11, but also a rematch of the district championship game where the Eagles 2019 campaign came to an end.

Willingham-Davis said he was proud that the team was able to push further than it had last season, but the one-score loss really hurt for this group of seniors.

“It sucks because we were that close,” he said. “A couple plays here, a couple plays there. I grew up with all these people, playing together since we were three or four years old. It just sucks knowing you’ll never touch the field again.”

Jones said that although the Eagles missed some opportunities in this game, he did not want to dwell on what went wrong when so much has gone right for this team over the course of the season.

“I told them, it just sucks that I’m not their coach anymore,” Jones said about this senior class that advanced to the state semifinals in their first year competing in Class 6. “For our school, playing in the state semifinals is something to build on for the younger kids. Those kids see this and that’s what makes your program good year after year.”

The Eagles finished with a 9-3 record along with the team’s second district championship in team history.