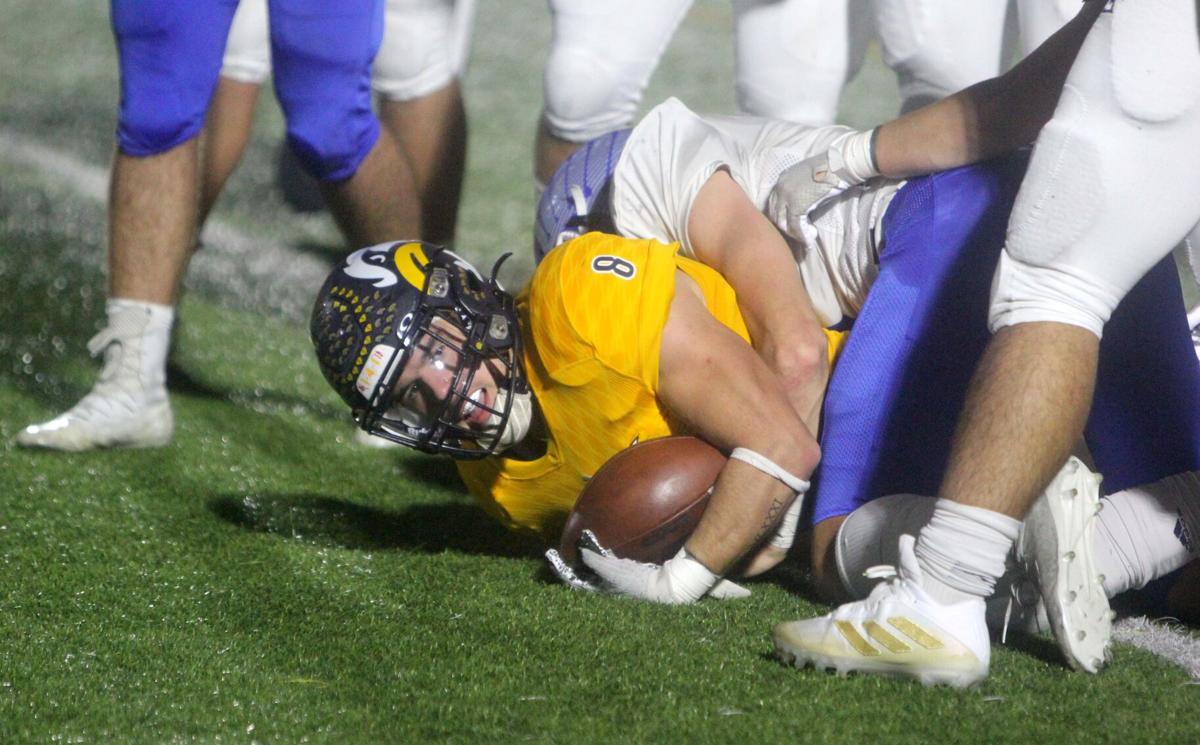 Liberty North’s Cayden Arzola smiles after picking up the first down against Liberty during the Class 6 District 4 semifinal Friday, Nov. 5. 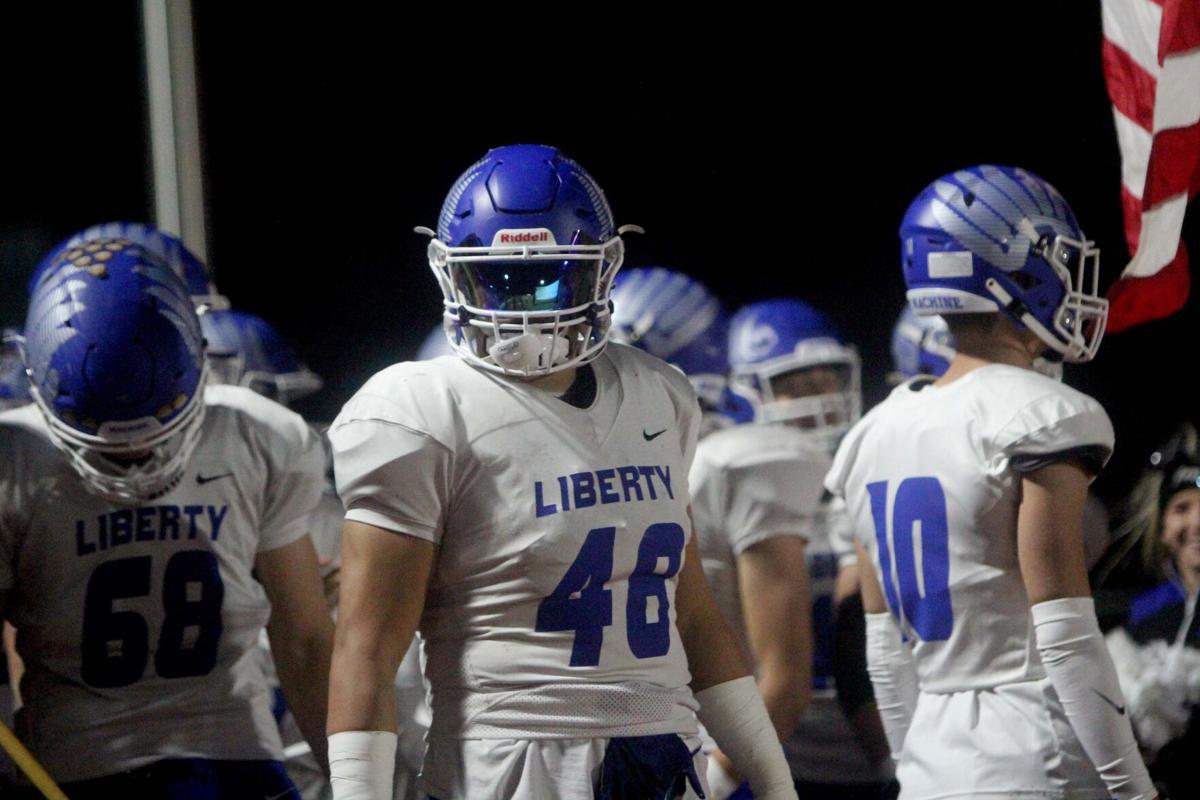 Liberty’s Jeremiah Cabuyaban during the pregame against Liberty North in the Class 6 District 4 semifinal Friday, Nov. 5. 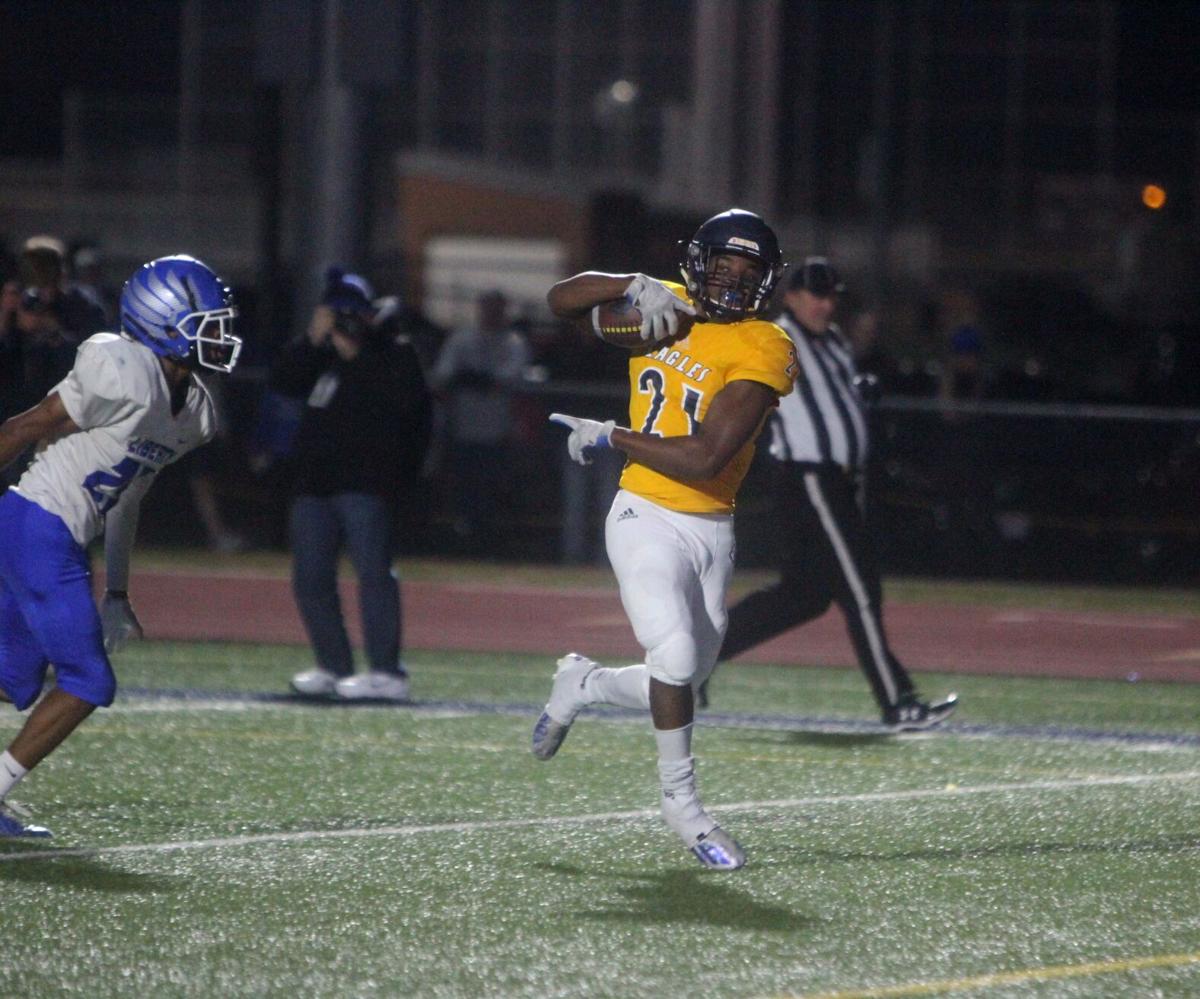 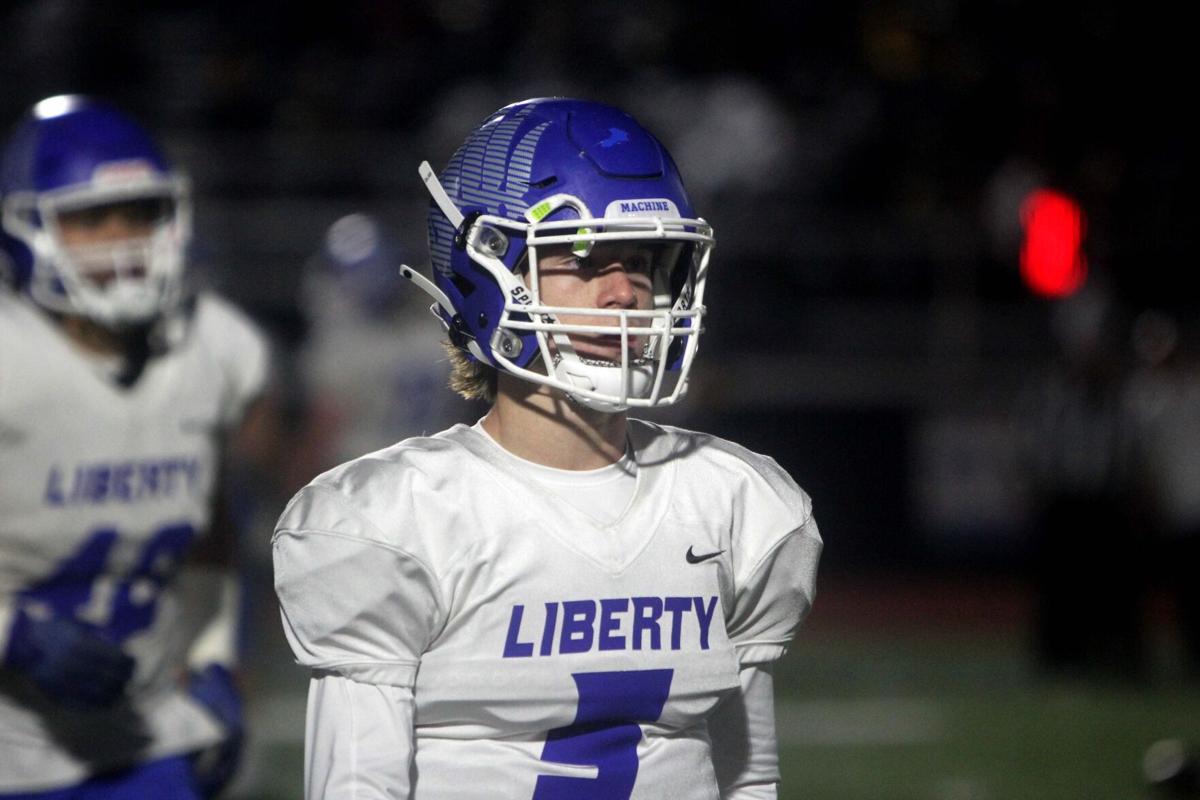 Liberty North’s Cayden Arzola smiles after picking up the first down against Liberty during the Class 6 District 4 semifinal Friday, Nov. 5.

Liberty’s Jeremiah Cabuyaban during the pregame against Liberty North in the Class 6 District 4 semifinal Friday, Nov. 5.

LIBERTY — Liberty North and Liberty were made to play each other in the playoffs. The atmosphere inside the stadium with each student section heckling each other behind the back drop of an orange sky was made to perfection during the Class 6 District 4 semifinal game on Friday, Nov. 5.

Liberty North rattled off 31 unanswered points to defeat Liberty 31-14, but the first points came seconds in the game behind an incredible individual play by Liberty’s Caden Dennis.

Dennis received the wide receiver screen, and thanks to great blocking on the outside, was able to scurry to the end zone for the 73-yard touchdown. Head coach Chad Frigon was pleased with his team’s quick start and complimented his senior wide out.

“Our goal was to get the fast guys in space and we were able to do it that time,” Frigon said. “Caden is fast and it was nice to see him take that ball to the house.”

The lead for the Blue Jays would dissipate as the Eagles started on offense with a long drive. It was capped by quarterback Sam Van Dyne, who found Tate McGuire for the 11-yard touchdown to tie the game at 7 points. Van Dyne’s focus never wavered as he thought only one thing after Liberty’s quick score.

“Go match it,” Van Dyne said. “We got to go put points on the board and when we need to, our offense can do it.”

Without a doubt, the offense for Liberty North can put points on the board. After McGuire’s touchdown, the Eagles scored the next 24 points, highlighted by the running back duo of Micah Jo Barnett and Cayden Arzola.

Barnett finished the game with 79 yards and two touchdowns while Arzola had 69 yards and a touchdown himself. Head coach Greg Jones loved the work his offensive line put into the game to give his runners open holes to go through.

“At halftime, we drew up a couple of things and they were the first plays we came out with,” Jones said. “Credit to the offensive line for executing it.”

A quick touchdown by Barnett to open the second half was followed by a nice pooch kick down the sidelines that was fumbled through the hands of Liberty and into the possession of the Eagles. The returner all season for Liberty has been Dennis, who has taken kicks to the end zone on numerous occasions this year, but was unable to field one against Liberty North.

“I told our special teams coordinator, we ain’t kicking to him,” Jones said.

The offense, especially in the second half for Liberty, struggled to move the ball as starting quarterback Tyler Lininger went down with an injury.

Liberty’s Wentric Williams III has been a star for Liberty all season long. He added 134 yards on 22 carries for the Blue Jays against Liberty North.

Williams was even able to wheel off a 16-yard touchdown at the end of the game to cap off his Liberty career.

Liberty North’s win moves the team to the next round facing Park Hill South in the district championship on Friday, Nov. 12 away from home.