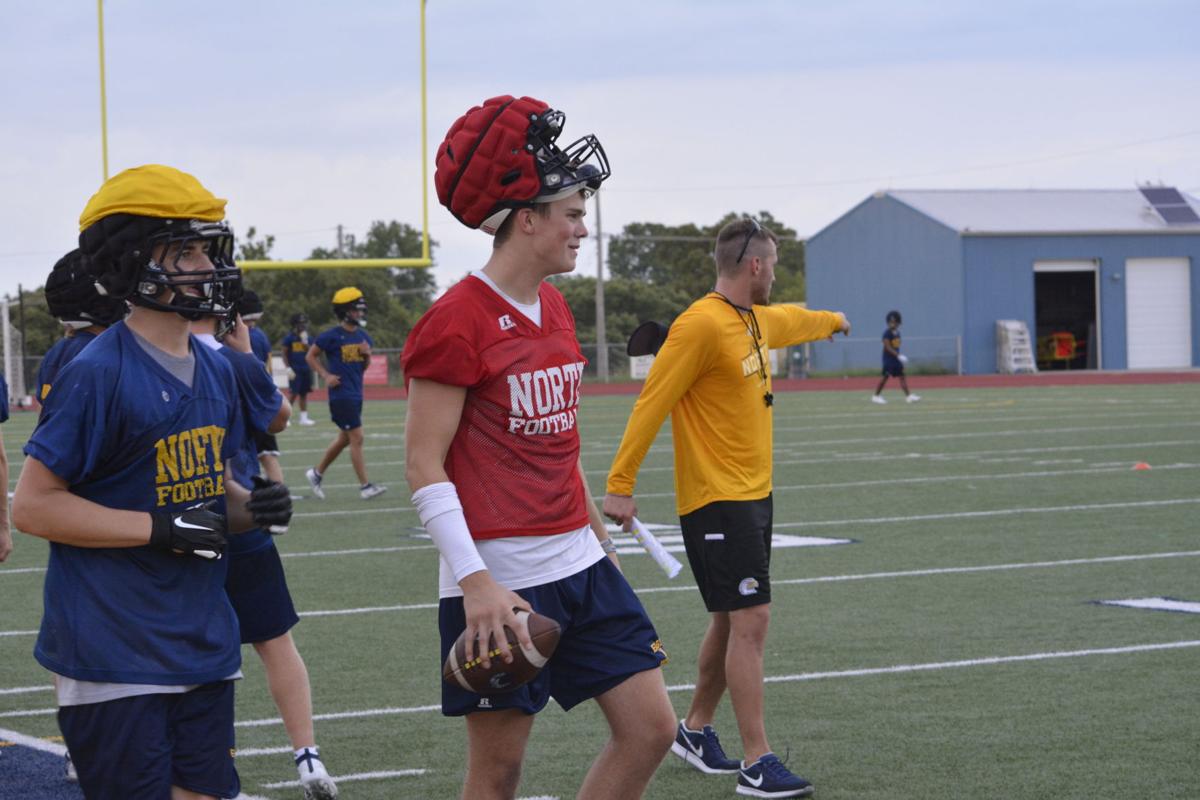 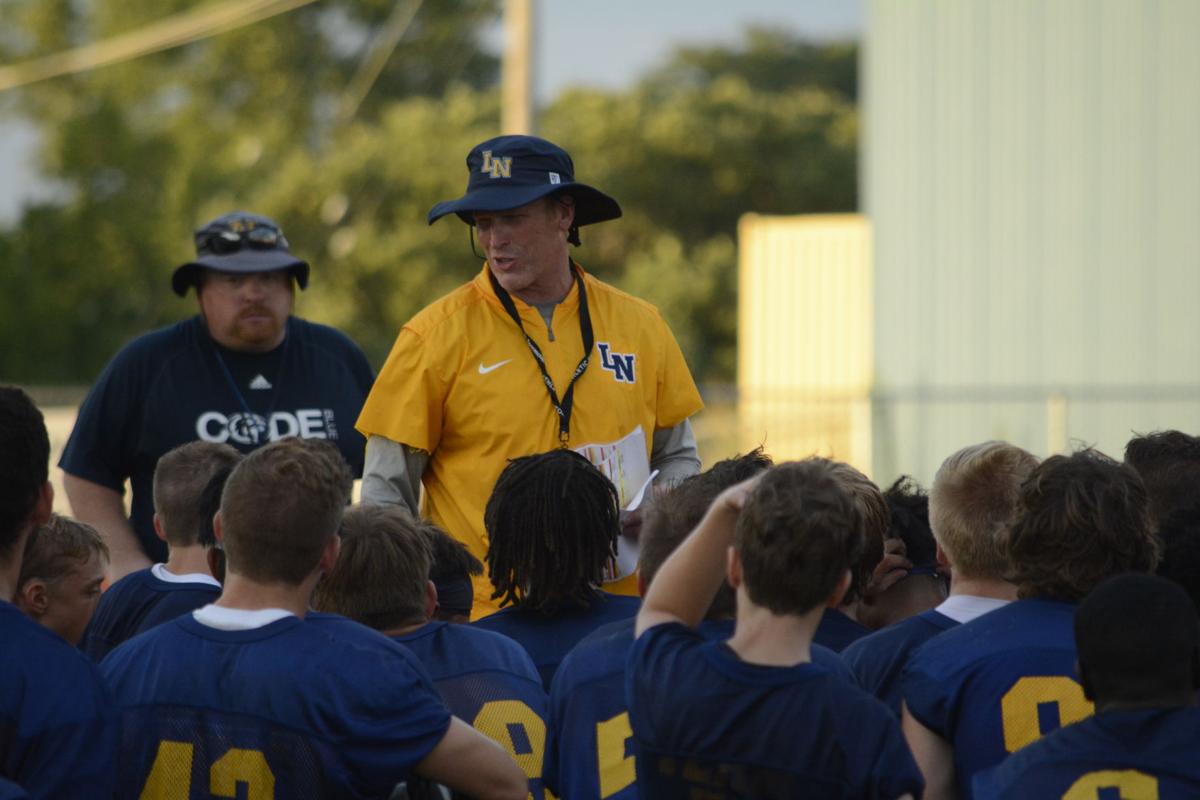 LIBERTY — After a scorching opening practice Monday, Aug. 12, a pair of Liberty North seniors stood near midfield and discussed what’s necessary for the success of the 2019 Eagles football team.

“We’re trying to build a culture and this year is all about leadership,” said Jake Van Dyne, Liberty North’s starting quarterback. “It’s more of showing the guys what the culture needs to be like after we leave.”

“It’s weird and crazy that it’s our senior year,” senior Chase Jones said, “but the biggest thing is the responsibility of being a leader for the younger kids.”

The two three-year starters made things clear. They want to lay the foundation as the Eagles enter year three under head coach Greg Jones, who said that he still gets excited for day one of official fall practice.

“I’m still the old school guy,” he said. “Today you feel like it’s Christmas morning, you get excited. The day it’s not exciting for me anymore is the day I hang the whistle up.

“It’s the official kickoff, so here we go. Unfortunately it was probably the hottest day of the summer, and it’s the first time we’ve practiced in the afternoon all summer. So I’m sure now they’ll listen when I tell them to hydrate.”

On Monday, the Eagles drilled in helmets and shorts, mostly within their position groups, before ending with special teams work.

“It’s nice to get out here and throw the ball a lot and get our offense clicking,” Van Dyne said.

“It’s just great getting back out on the field and back to work,” Chase Jones said. “Everyone was rolling. The energy and tempo was great. We had a high tempo all day. That’s a big thing for us.”

Should Clay Co. Public Health Center require everyone to wear masks in public?