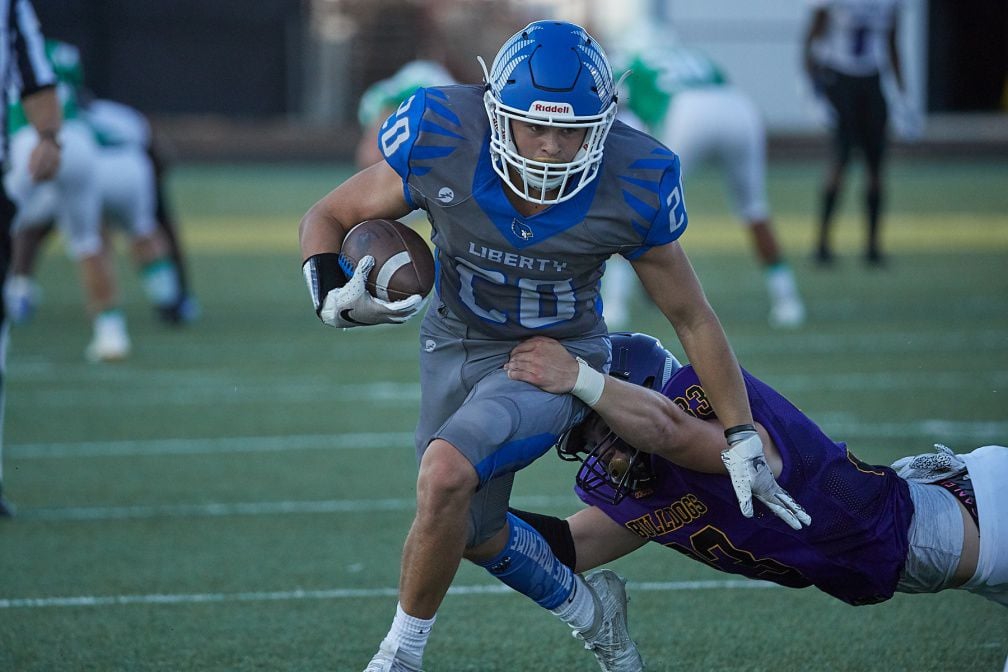 Liberty sophomore running back Wentric Williams II tries to shake a tackler in a jamboree scrimmage with Kearney on Friday, Aug. 23, at Liberty High School. 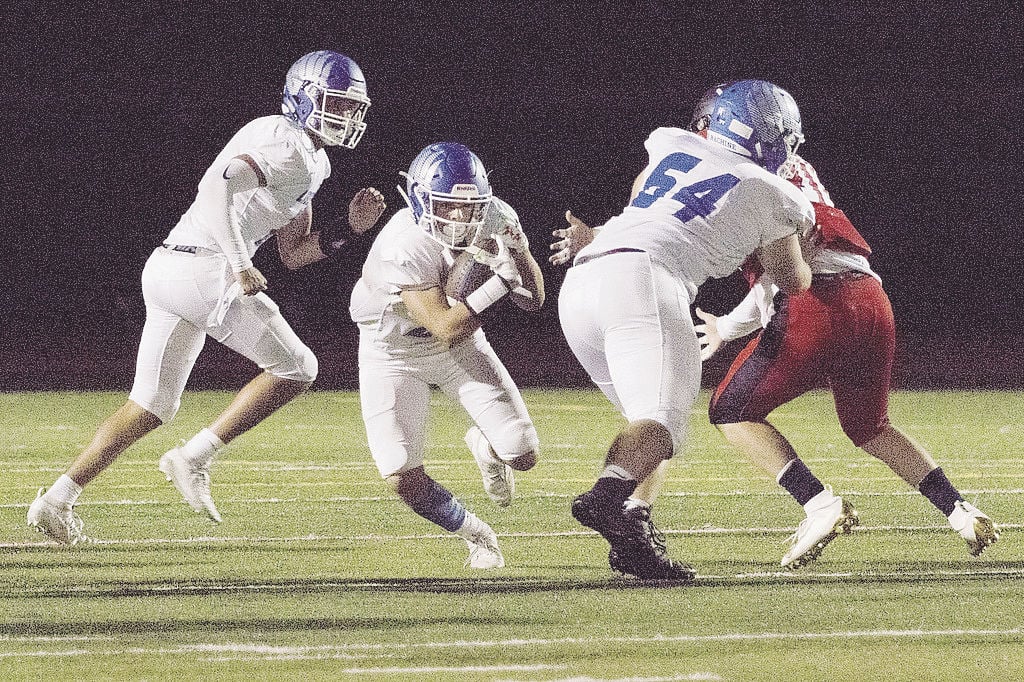 Liberty sophomore running back Wentric Williams II tries to shake a tackler in a jamboree scrimmage with Kearney on Friday, Aug. 23, at Liberty High School.

INDEPENDENCE — Wentric Williams III has been on a mission to prove that he can produce as a sophomore running back for the Liberty Blue Jays.

“It’s been to show everybody what I can do,” he said of his mindset.

Williams rushed for 191 yards and scored twice to help Liberty to a 33-13 conference victory over Truman on Friday, Sept. 13.

The Blue Jays moved to 2-1 leading up to the crosstown rivalry showdown with Liberty North (3-0) on Friday, Sept. 20, at Liberty High School’s Hy-Vee Field.

“It’s a big game. We need to prove ourselves,” Williams said.

“You don’t have to remind them of that,” Liberty coach Chad Frigon said of the Blue Jays’ loss to the Eagles in 2018. Liberty owns a 3-1 series lead on Liberty North.

The running back position was one of Liberty’s question marks prior to the season. But Williams has stepped in and succeeded, rushing for 397 yards on 73 carries while adding five catches for 100 yards and three total touchdowns.

“He comes to practice every day with the same attitude,” Frigon said. “He’s tough and works hard. The biggest thing that separates him is that he’s not afraid of tackles whatsoever. He thrives inside the tackles. He makes a lot of good cuts and gets extra yards when he gets hit.”

Against Truman, the Blue Jays led 23-0 at halftime thanks to three passing touchdowns from junior Luke Smith and an Alek Rottjakob 35-yard field goal.

Smith found Williams on a screen for a 20-yard score midway through the first quarter, Caleb Cahill for an 18-yard connection and Blake Fordyce on a 7-yard scoring play in the final six minutes of the first half. Smith finished 11-of-18 for 113 passing yards, three touchdowns and two interceptions.

Truman (0-3) registered its first points midway through the third quarter to cut the lead to 23-7. But Rottjakob added a 29-yarder in the final minute of the third and Williams rattled off a 66-yard touchdown run to make it 33-7 with 10:41 remaining. The Patriots’ Carter Brown scored on a nine-yard run to cap the scoring with 8:36 left in the contest.

With the win, the Blue Jays turned their attention to the Eagles, who improved to 3-0 with a 24-3 victory over Park Hill, a team that beat Liberty 21-10 in week 2.

“They’re obviously off to a great start,” Frigon said of Liberty North. “When you have a district with two quality programs in it, that makes for a great rivalry when that happens. There’s a lot of mutual respect between the two programs.”

To prepare for the rivalry game, Williams said his team is focused on themselves.

As for him as an individual?

“I’m going to read a lot of my Bible, pray, give a lot of speeches to my team and study film,” he said. “It’s been a blessing to do what I do and give God all the praise.”