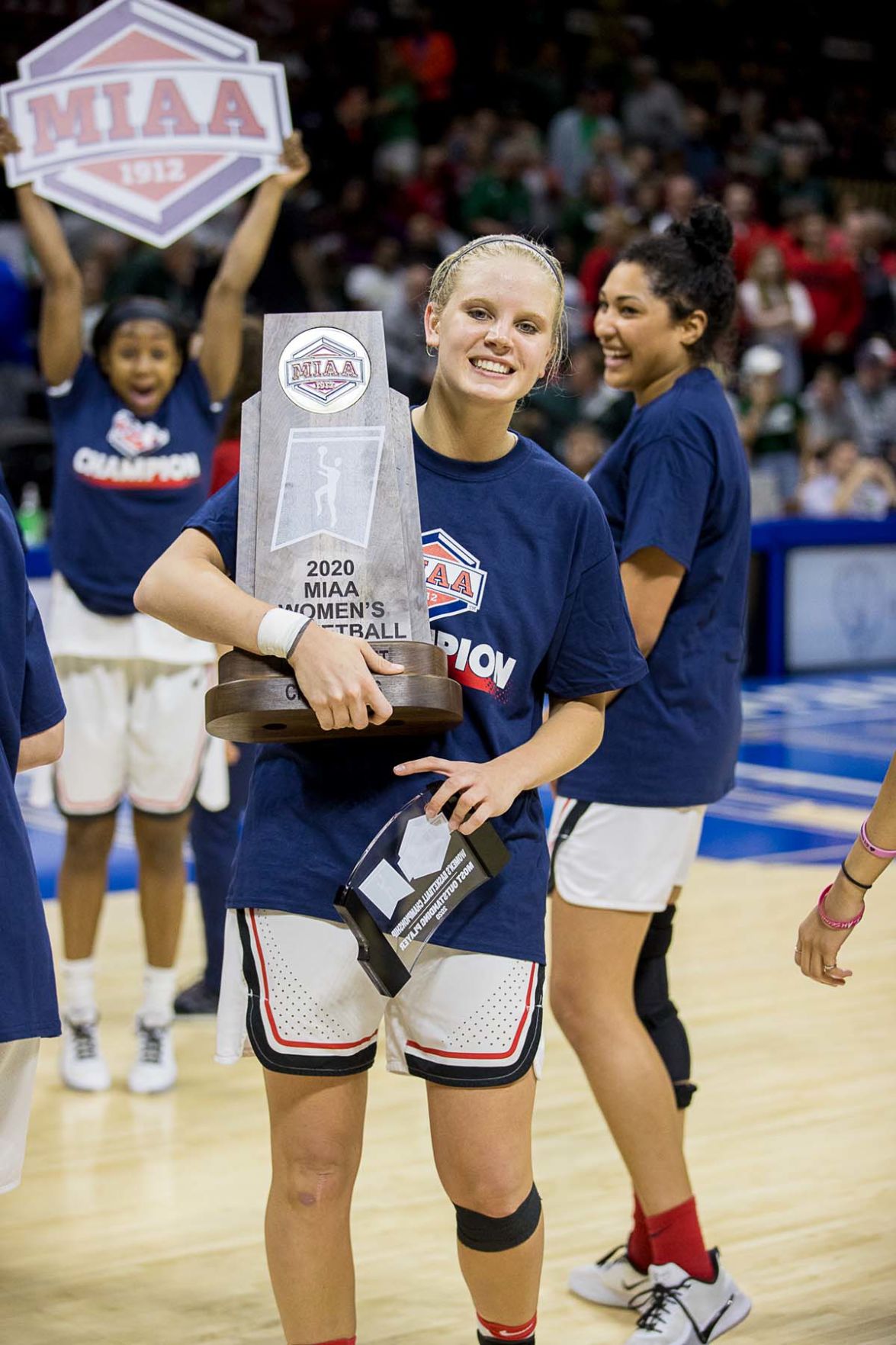 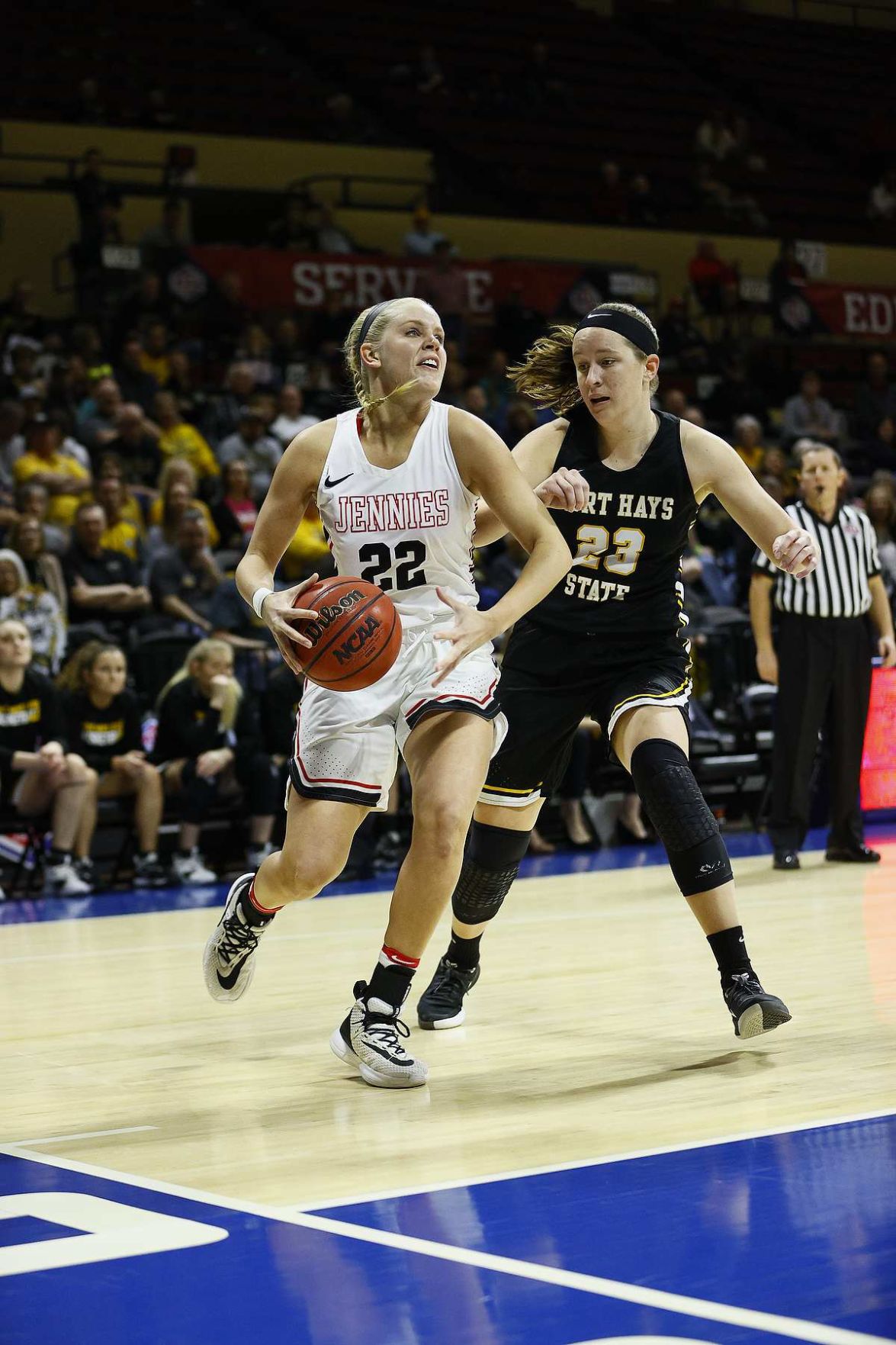 Liberty and University of Central Missouri basketball player Morgan Fleming wins the ESPY for Small School Female Athlete of the Year in Kansas City. Fleming is pictured driving the baseline in a MIAA tournament game in March 2020.

Liberty and University of Central Missouri basketball player Morgan Fleming wins the ESPY for Small School Female Athlete of the Year in Kansas City. Fleming is pictured driving the baseline in a MIAA tournament game in March 2020.

LIBERTY — Liberty and University of Central Missouri basketball player Morgan Fleming added another trophy to her collection after taking home an ESPY award.

Sports Radio 810 WHB partnered with ESPN to award Honorary ESPYS for sports figures in the Kansas City area. More than 1,800 nominations were submitted for the 16 various award categories.

Fleming was chosen as one of five finalists for the Small School Female Athlete of the Year award. Fleming beat out the other four finalists, including her UCM teammate Megan Skaggs, in a fan vote held online and on social media.

Fleming led the Jennies to a 106-21 record during her four years at UCM. She finished her career with 1,550 points and 323 assists, both of which rank ninth all-time for the Jennies.

She has been selected for three all-MIAA teams and made the 2019-20 D2CAA all-region team as UCM won the MIAA regular season and tournament championships this season, with Fleming being named the tournament’s co-MVP.

Fleming became the 10th player in Central Missouri history to be a first-team selection and was a member of the 2017-18 NCAA Division II national championship winning team.

Fleming previously won the Mid-America Intercollegiate Athletics Association’s Winter Student-Athlete of the Year award in May.

Fleming finished her high school career as the all-time leading scorer in Liberty girls basketball program history with 1,642 points and won the prestigious DiRenna Award, presented to the top prep player in the Kansas City metro.

The two-time all-state award winner led the Blue Jays to back-to-back state final four appearances with Liberty finishing second in 2015 and third in 2016.

Countdown to Camp No. 18: What are the toughest games on Boise State's 2020 schedule?