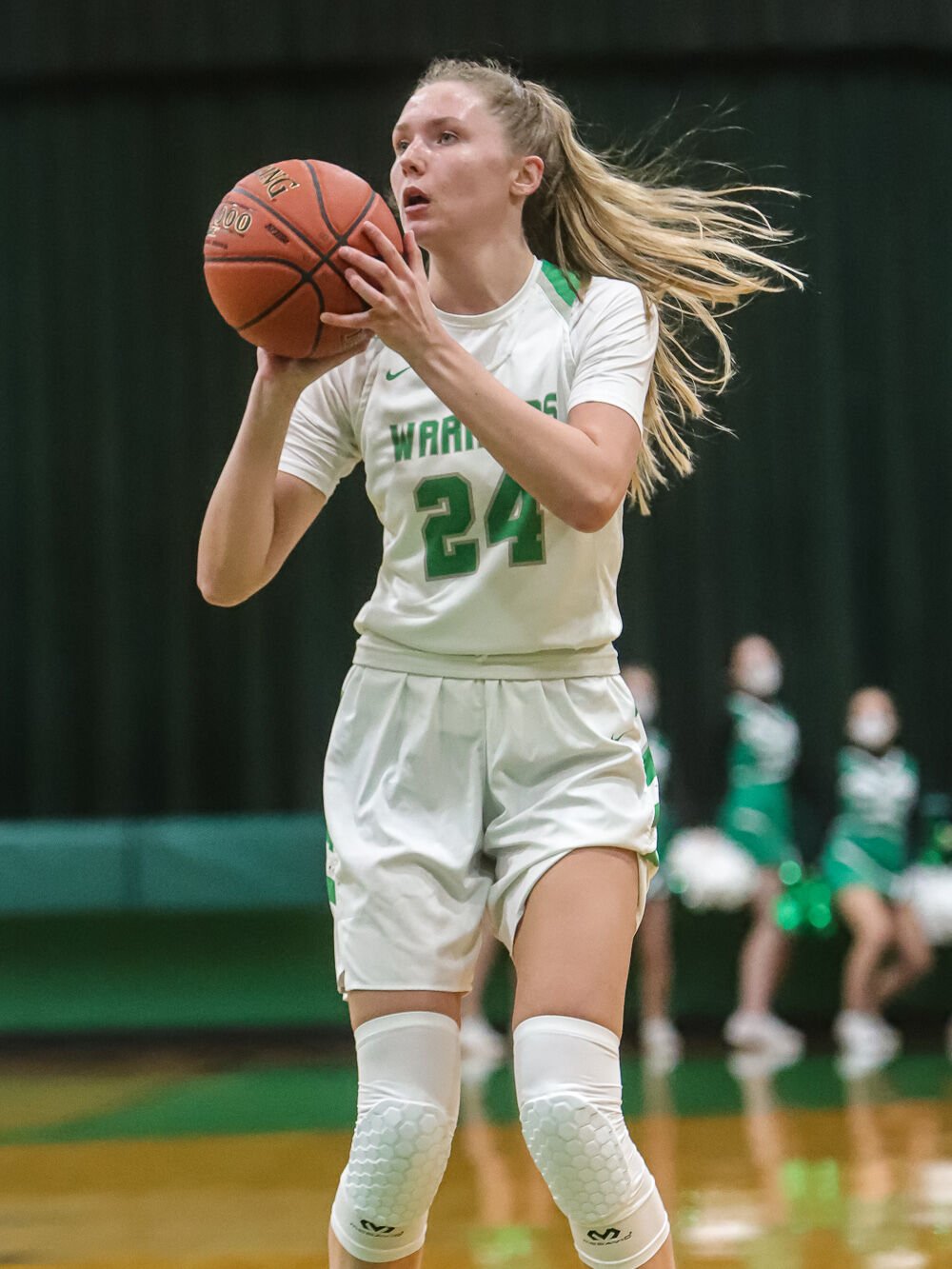 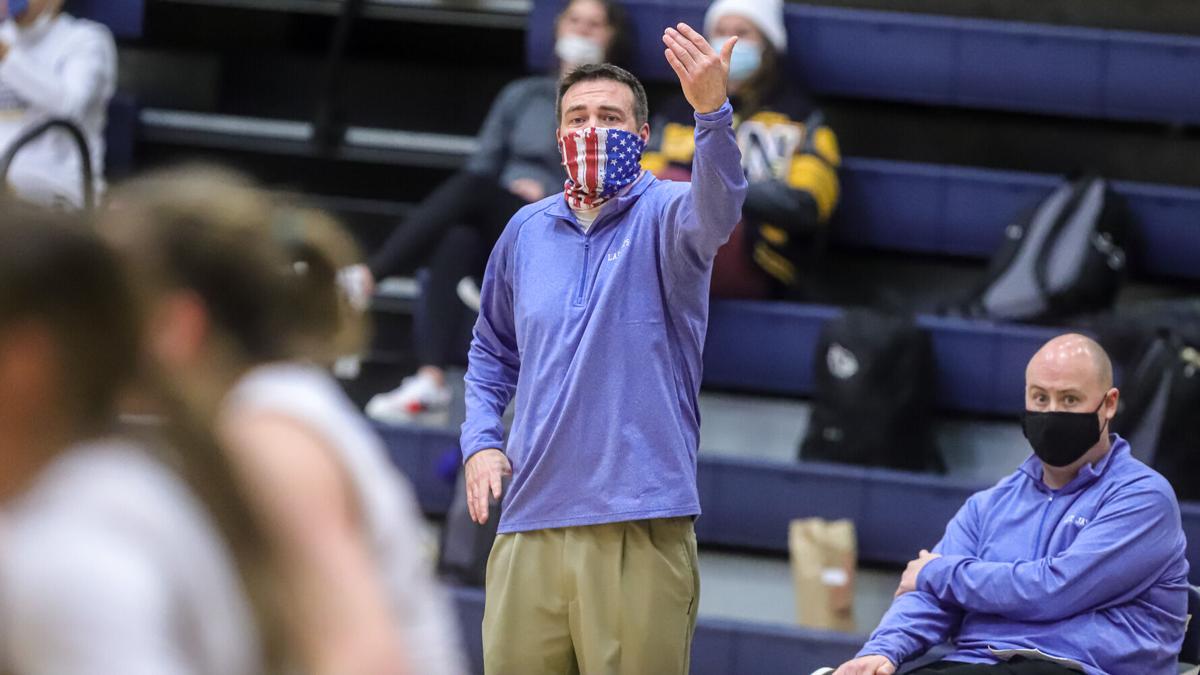 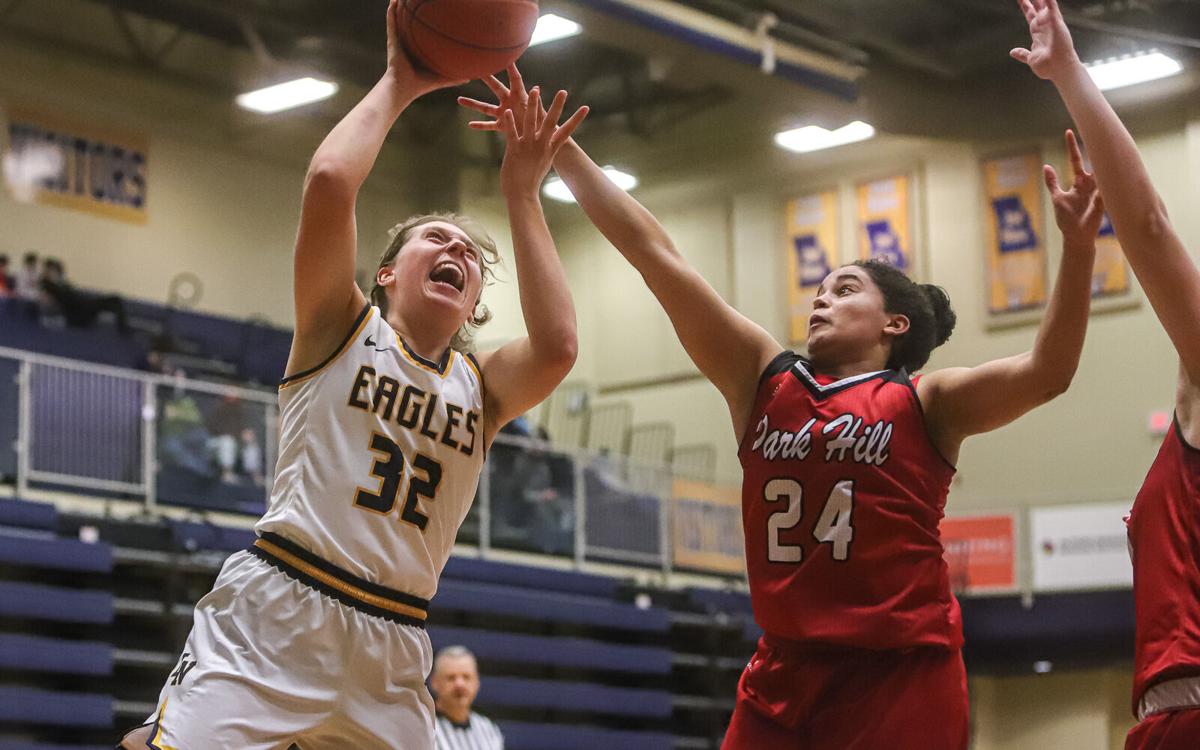 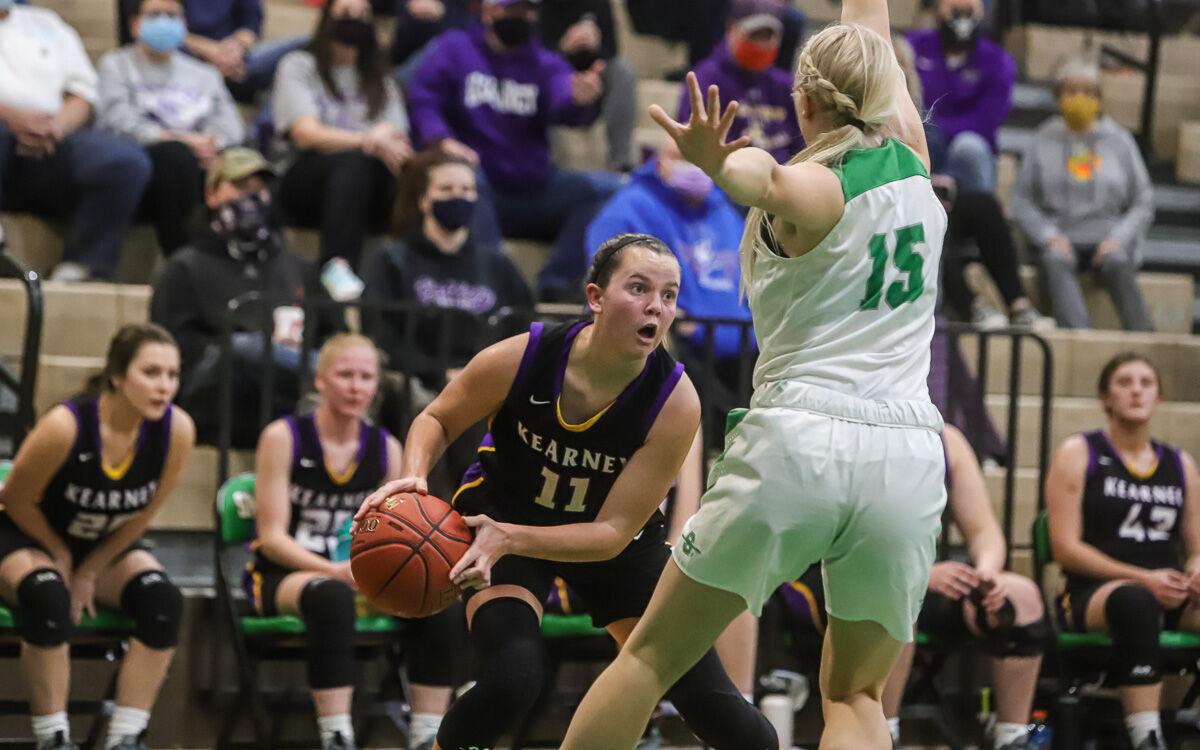 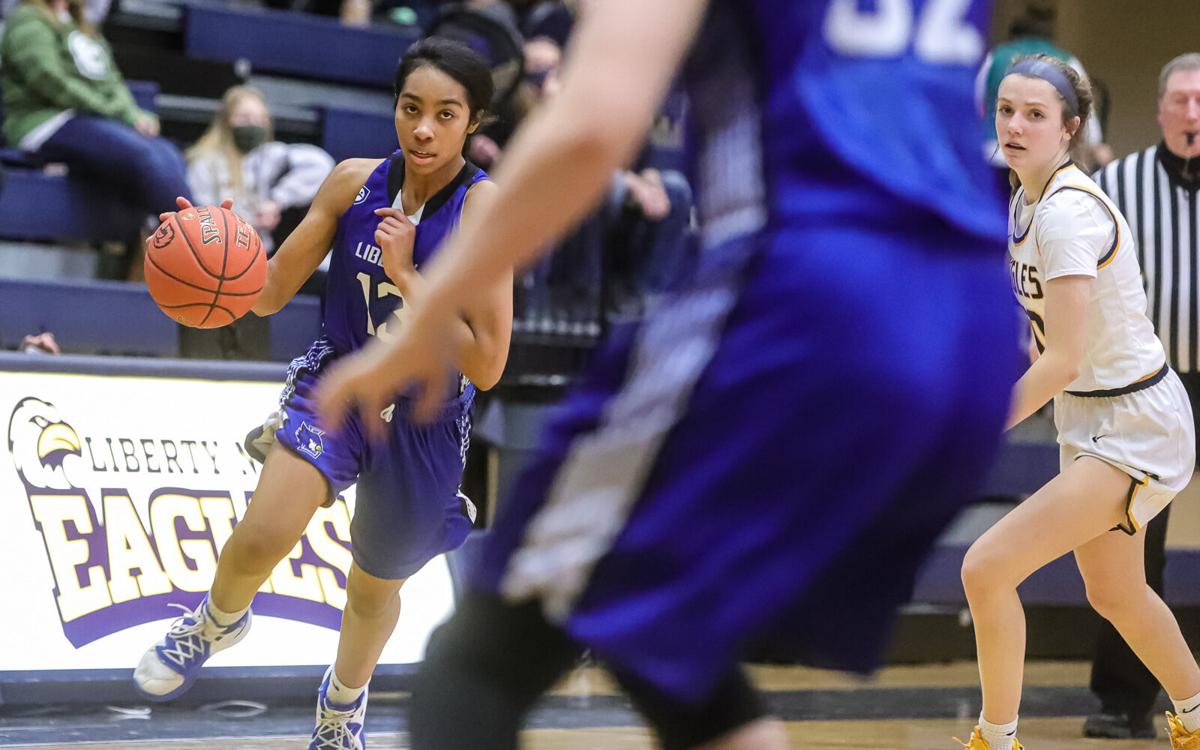 Walsh led the Warriors to a 19-5 overall record while finishing a perfect 10-0 in conference play as the team won its first district championship since 2013 and ultimately advanced to the state quarterfinals. The senior forward was one half of a tremendous duo, but she gets the edge on this award because opponents built their strategy around stopping her from even touching the ball in the post. If she got her hands on the ball, spectators could expect to see No. 24 figure out the exact move that would leave the defender unable to stop her from putting the ball through the basket. She averaged 10.8 points, 6.4 rebounds and averaged 1.4 steals per game.

Coach of the Year:

Price helmed a Liberty squad that finished the year with a district championship after starting the year 1-6 and going to 2-5 at the end of conference play heading into the postseason. Price continues to get the most of his players year after year.

Perry finished as the leading scorer for the Eagles with 12.5 points per game as she led the team to a 11-9 record with a 7-4 conference record. The team ultimately had its postseason experience cut shorter than the Eagles had hoped, but Perry and Co. ended up beating crosstown rival Liberty twice this season after losing all previous matchups between the programs.Perry finished with the highest free-throw percentage in the entire Suburban Conference with her mark of 86%. She also led the Suburban Gold in 3-pointers with 49 at a rate of 35%, putting her as the sixth highest in the division. She averaged 3.8 rebounds, 2.2 assists, 1.6 steals and 0.5 blocks per game.

Walsh got the top award, but there’s no doubt that Chevalier was just as important to the Warriors deep run this postseason. Her memories of district play last year, where she played a little too timid on offense, did not match her childhood dreams of achieving the same success as the Warriors she watched win three district trophies from 2011 to 2013. Chevalier was anything but a timid scorer this year, averaging 10.1 points, 3.7 rebounds, 1.6 assists and 2.1 steals to rev up this Smithville squad.

The Bulldogs looked a lot different to start this season compared to the district championships teams she played with in the previous season. Kearney started the season 0-6 before the team turned things around to reach another district title game with a 9-13 record. Hoffman played one of the largest roles in the team staying focused through the murder’s row of early-season opponents. She averaged 8.6 points, 3.9 rebounds, 1.7 assists and 0.9 steals per game as she showed her younger and/or more inexperienced teammates the relentless style that Troy Resler head-coached teams are known for displaying.

Similar to Kearney, Liberty had massive roster turnover that left the rotation inexperienced even if not entirely underclassmen. Straws gave the Jays senior leadership to help the group stay focused on getting better each day. She shot 83% from the free-throw line to land one spot behind Perry in the conference and averaged 7.6 points, 4.4 rebounds, 1.1 assists, 0.7 steals and 0.3 blocks.

Tinoco learned in trial by fire and she made it through with glowing reviews. She earned the nod as one of the top players on an extremely balanced Jays squad that flipped a rebuilding year into another district championship. She averaged 7.1 points, 4.1 rebounds, 1.3 assists and 1.0 steals for a Liberty squad that finished 13-14 with a 5-8 conference record.

Spainhour’s role changed when an injury forced her into the primary forward responsible being a force down in the paint. She took pride in her increased duties as she led the Eagles with a 48% rate from the field, which ranked fourth in the Suburban Gold. She averaged 7.2 points, 6.5 rebounds, 2.0 assists, 1.5 steals and 0.6 blocks. She also finished seventh for efficiency in their conference division at 11.80.

Barnes faced a few scoring slumps to start her sophomore campaign, but she quickly became one of the go-to scoring options as she grew more accustomed to the speed of varsity action. She averaged 5.3 points, 2.3 assists, 1.7 rebounds and 0.7 steals per game.

If Walsh and Chevalier weren’t enough of scoring threats, Moes gave the Warriors a sharpshooter from deep. She scored at least three triples while shooting above 44% from deep in multiple games this year. Moes averaged 5.8 points, 4.0 rebounds and 1.2 assists and 1.3 steals.

Niemeier had her season end in mid-January after tearing her ACL, but the senior forward delivered at such a high level that she still deserves to be on this list. She nearly averaged a double-double with 10.4 points and 9.8 rebounds per game while also dropping 2.1 assists per outing.

Murphy transferred to Liberty after playing three seasons at Richmond, where she grew accustomed to being primary scorer for her team. She adjusted to a new role extremely well as she averaged 6.0 points, 2.7 rebounds, 2.2 assists and 0.9 steals. She also eclipsed the 1,000-point scoring mark for her high school career.