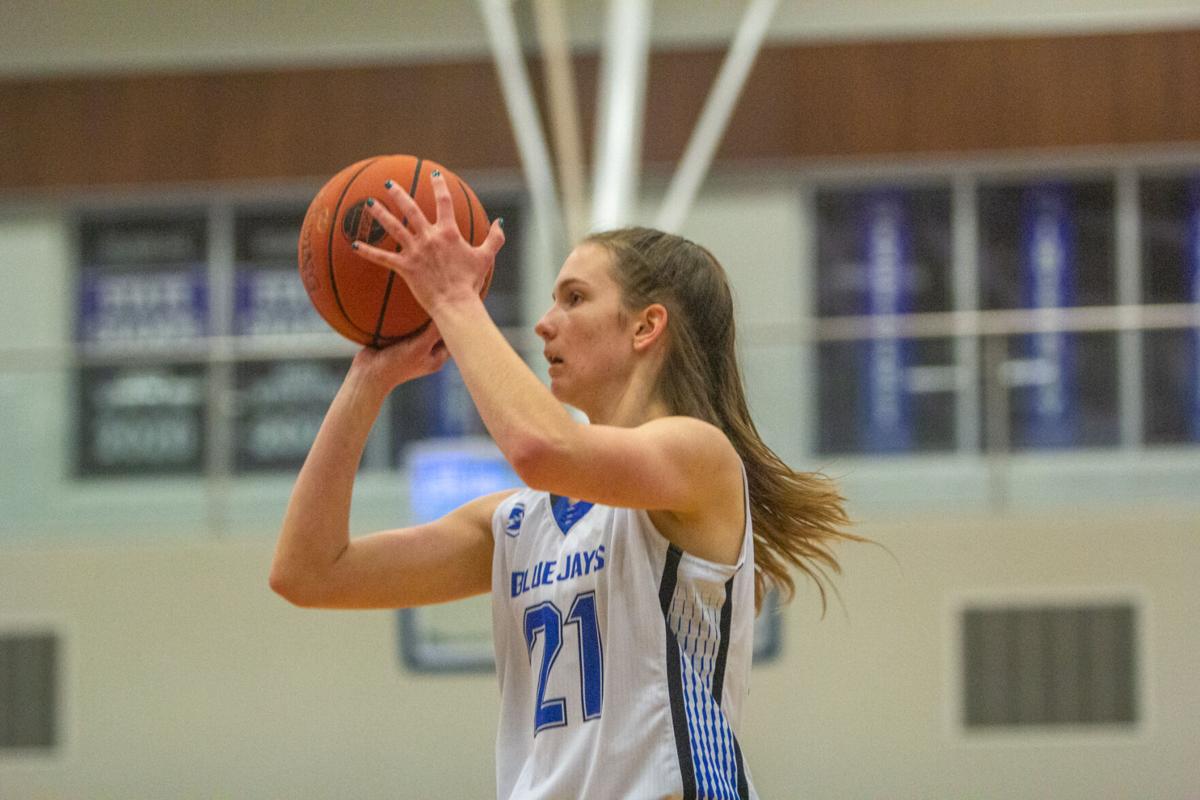 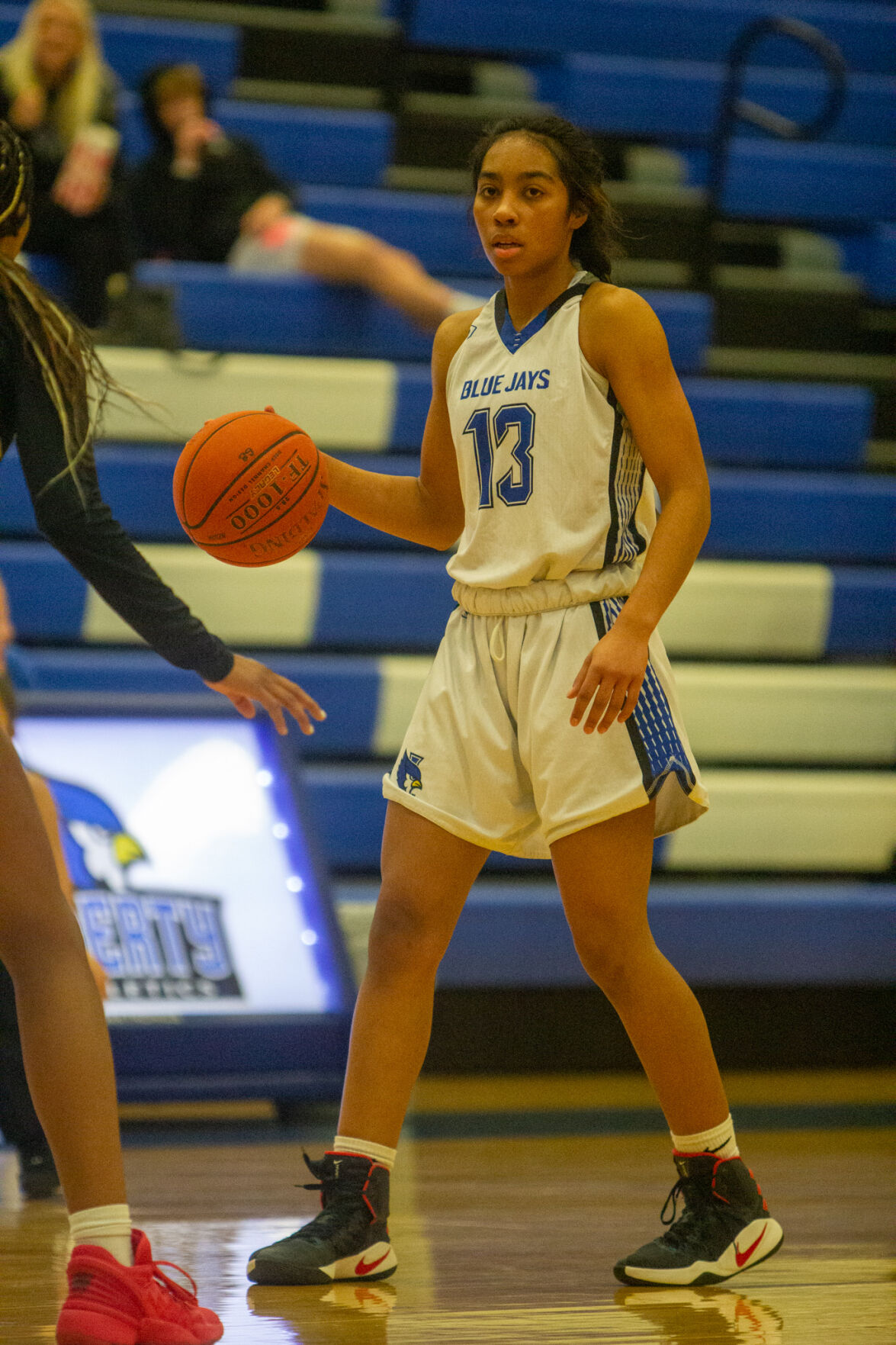 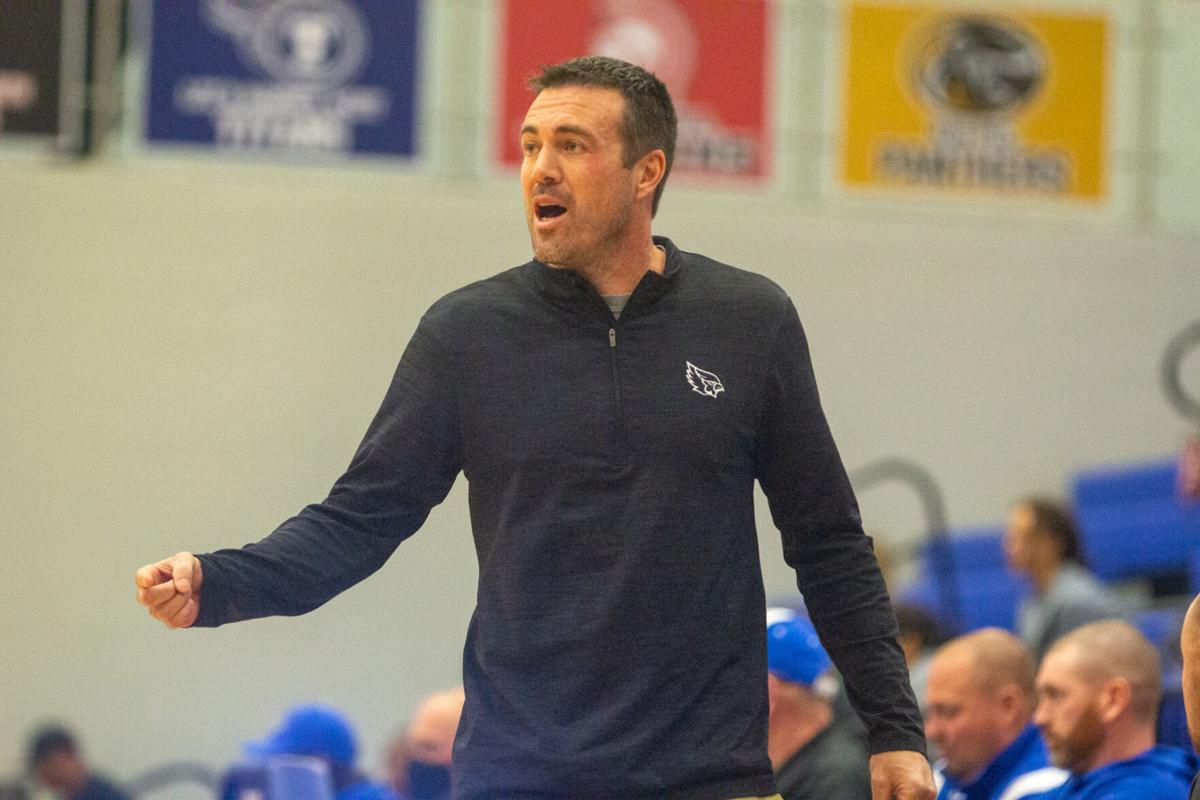 LIBERTY — The Blue Jays were finally welcomed back to their home court this season as they took on Lee’s Summit North in the home opener.

“We talked about it before the game,” head coach Joe Price said. “It’s weird to be at home, finally. It’s so nice and it showed a little bit, we hit shots better than what we did.”

Liberty was strong down the stretch of the game as they knocked off the Broncos 48-45 on Monday night. They used strong ball movement all evening as they continued to pass to look for the better shot. Price shared he was really pleased with his team’s efforts in this regard.

“That was the goal coming in,” Price said. “If we could move the ball, we could get some good shots. The ball moved and we were able to hit shots, that’s been a struggle for us.”

In the third quarter, the offense was greatly helped on the last possession as Oliviya Tinoco drained a three pointer at the top of the key. Tinoco finished with 17 points for a team high which included 10 of her points coming in the third quarter.

“Huge,” Price said. “I think we were up two or three at that point and we never gave the lead back up.”

The fluid ball movement on the final possession was a key example of the offense that Price and his coaching staff wants from his squad. It was impressive and set the tone entering the final period.

The Blue Jays controlled much of the quarter, but in the closing seconds Liberty’s Alex Darling knocked down one of two free throws to extend the lead to three points. She finished with five total points.

The Broncos had one final chance to tie the game, but they were unable to convert. It was a good look on the right wing that came off of an offensive rebound. But, the shot did not fall and Liberty earned the win.

Liberty breaks a four-game losing streak with the victory as they look to build upon it with their next game on the road against the Jaguars of Blue Springs South on Thursday, Jan. 6.