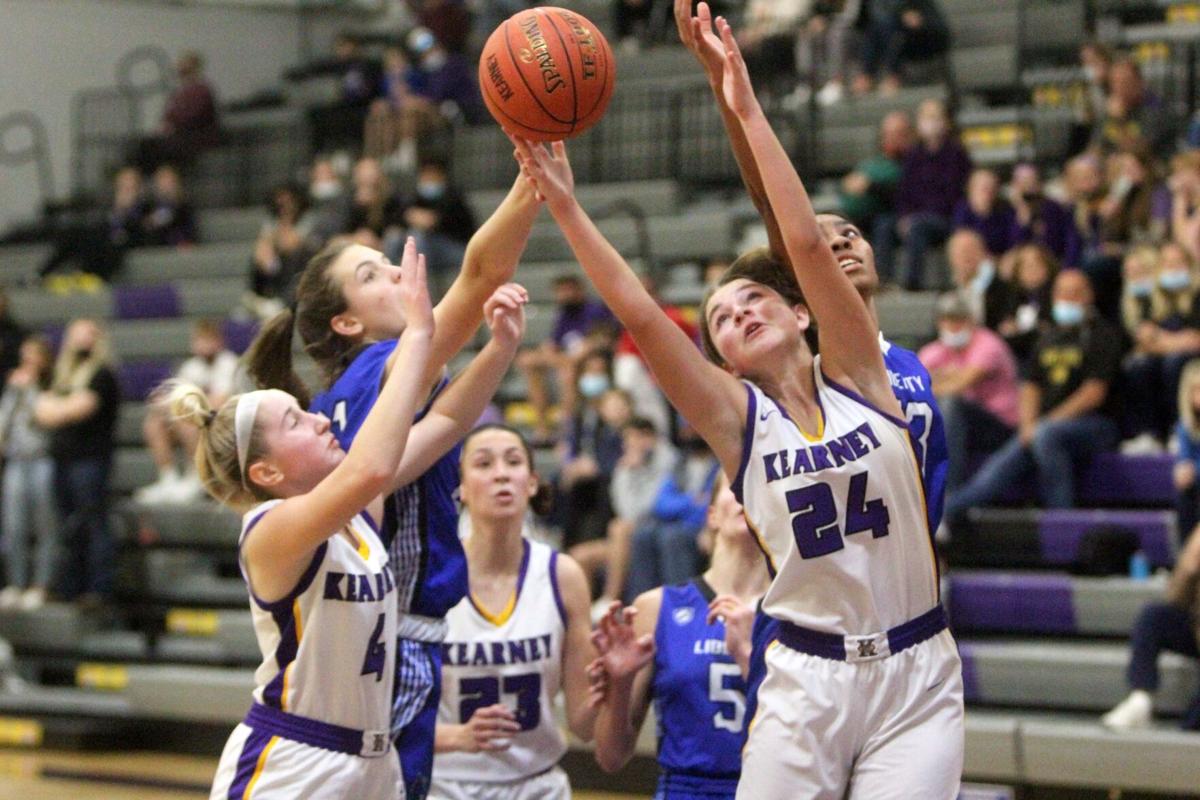 Kearney and Liberty players battle for the rebound during Thursday's game Dec. 2. 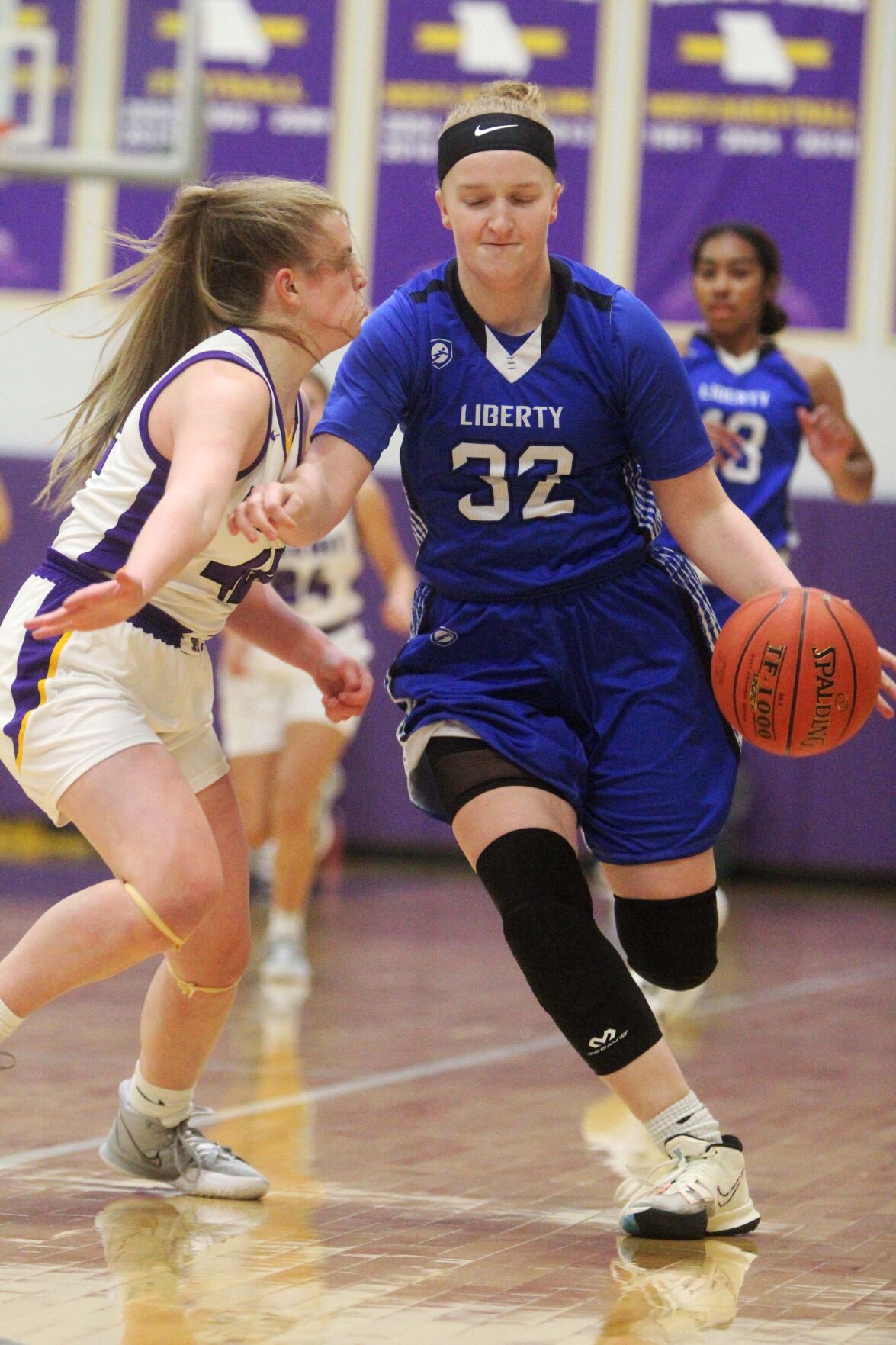 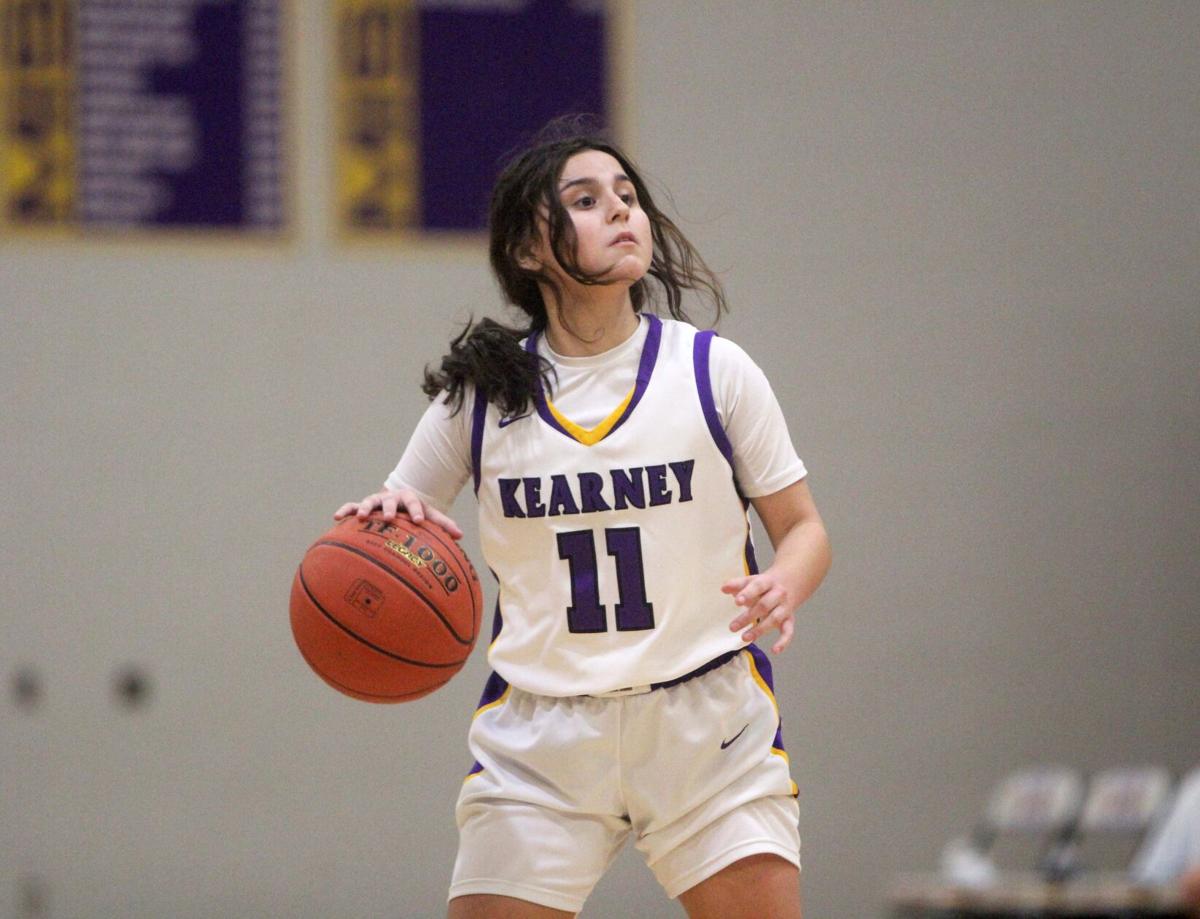 Kearney's Sophia VanMeter dribbles in the game against Liberty on Thursday, Dec. 2.

Kearney and Liberty players battle for the rebound during Thursday's game Dec. 2.

Kearney's Sophia VanMeter dribbles in the game against Liberty on Thursday, Dec. 2.

KEARNEY — The first game is never as pretty as the last game. Plays and sets have barely been implemented as some players are beginning to get into basketball shape. On Thursday, Dec. 2, Liberty defeated Kearney 34-22 in a game that struggled to find a flow.

The girls game opened with Kearney giving away five turnovers and Liberty not able to cash in as Kearney took a 5-3 lead at the end of the first quarter. Liberty head coach Joe Price shared that the offense was a struggle, but there was one bright side.

“We defended really well,” Price said. “I couldn’t be happier on the defensive side. We just couldn’t hit shots.”

The offense for the Blue Jays began to click in the second half as they scored 21 of their points in the third and fourth quarters. Utilizing strong play in the half from Alex Darling, she was able to drive and set up the offense while collecting multiple offensive rebounds for the Blue Jays.

“We can put her inside or take her outside. She can handle, she can shoot,” Price said. “She’s very versatile and is a big weapon for us.”

Darling finished the night with six points while her teammate, Marianna Tomc, led the team with eight points. All eight of her points came in the fourth quarter for Liberty.

“I thought we executed our offense when we moved the ball and got good looks,” Price said.

For Kearney, the team was without starting point guard Jadyn Barnes, who commands the offense for head coach Troy Resler’s squad. At times, the offense moved well as Kearney set many back door screens to free up players. But, the offense hit some snags — like in the second quarter when the Bulldogs could only muster three points in the quarter.

“It was typical first game stuff,” Resler said. “The first game is always something you look back on and say, ‘What was that?’”

In the final quarter, Liberty pulled ahead using strong transition offense and passing, but for Kearney a bright spot did appear in newcomer Sophia VanMeter. In the absence of Barnes, Resler needed to call up a player from the JV team.

VanMeter played three quarters of junior varsity basketball. As the varsity backup point guard, it was a busy night for the freshman player who shined in her first ever game.

“You can’t say that enough,” Resler said. “I am very proud of her and how she got us in our stuff. The moment didn’t seem too big for her.”

Kearney and Liberty will use this game as a teaching moment to show players what went well and what didn’t go according to plan.

Kearney will be back in action against Liberty North in the Eagles’ home tournament Monday, Dec. 6. Liberty’s next game will be against St. James Academy in the Olathe East tournament Tuesday, Dec. 7.