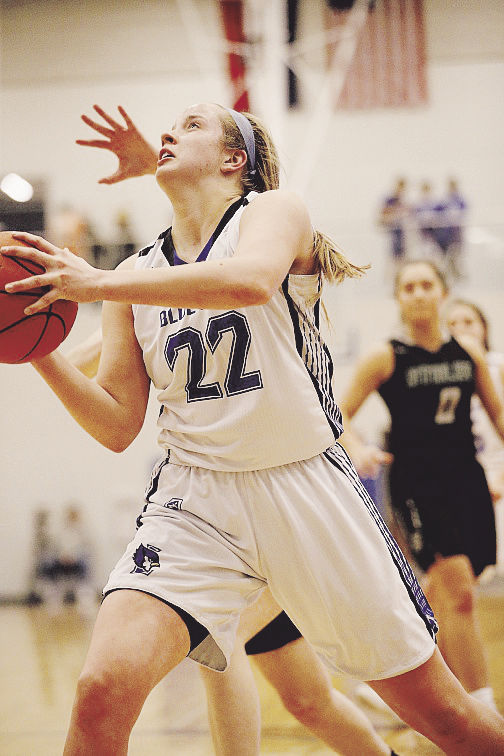 Jillian Fleming and the Liberty Blue Jays came out of their Tuesday, Jan. 7, matchup with the Staley Falcons undefeated, winning 45-28. Going into the game, both teams had been undefeated. 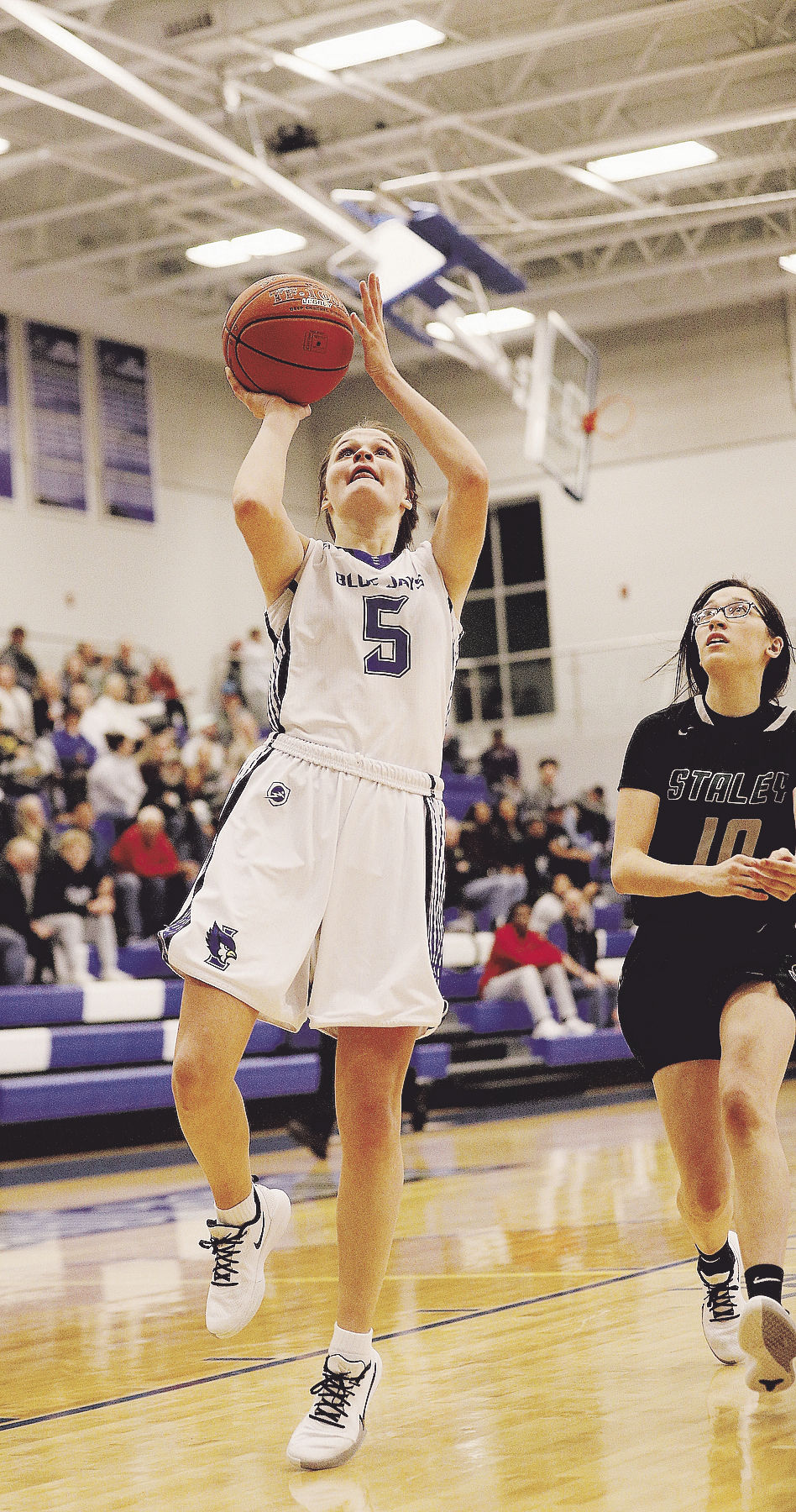 Mary Mason takes a shot for the Liberty Blue Jays in their Tuesday, Jan. 7, win over the Staley Falcons.

Jillian Fleming and the Liberty Blue Jays came out of their Tuesday, Jan. 7, matchup with the Staley Falcons undefeated, winning 45-28. Going into the game, both teams had been undefeated.

Mary Mason takes a shot for the Liberty Blue Jays in their Tuesday, Jan. 7, win over the Staley Falcons.

LIBERTY — With both teams starting the game undefeated in the season, on Tuesday, Jan. 7, the pressure was on for the Liberty Blue Jays and the Staley Falcons when they went head to head. In order to win, Liberty’s girls varsity basketball coaches worked hard to prepare the team for what they were up against.

“We did a lot of scout and prep work against them,” assistant coach Zach Werner said. “They have experience, their senior point guard has been a four-year starter, they’ve got their size on the wings, they can shoot from deep, they like to play quick and we knew that those things would pose some challenges for us, so we tried to counteract all of those things and worked hard to get a win.”

“We knew it was going to be a tough fight,” senior Jillian Fleming said. “Our JV team actually ran as our scout team, so they ran all of Staley’s offense all week so we could rep through things that they do often, certain plays that they run.”

With the final score being 45-28, the Blue Jay’s preparation for this game paid off, putting them ahead of the Falcons by 17 points.

Liberty first started to get a sizable lead against Staley in the second quarter, when Fleming made the first shot of the quarter and earned the Blue Jays three points, making the score go from previously being a close 13-12 to 16-12 with the Blue Jays in the lead. After that, LHS managed to score seven more points before Staley could make a basket. A similar pattern was held for the rest of the game. The Falcons could not keep up.“We knew Staley was good,” Fleming said. “They were undefeated going into this game, but so were we. We felt pretty good coming out of the first half of our season. We were ready.”

Witten wants to play for Cowboys in 2020

The X-factor: Play of Missouri's Pinson forged by a fearless mindset and fast tempo