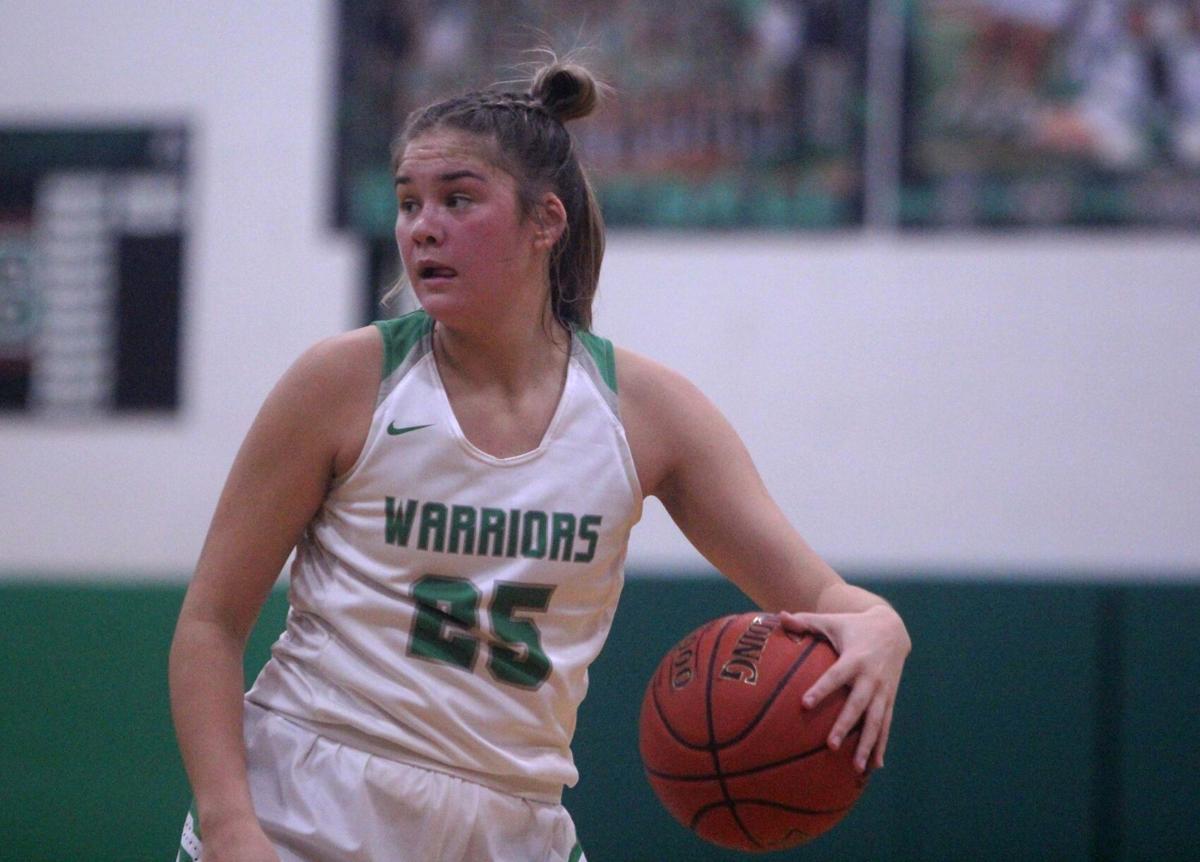 Kenzie Moes dribbles the ball during Smithville’s victory over Grandview on Thursday, Dec. 9. 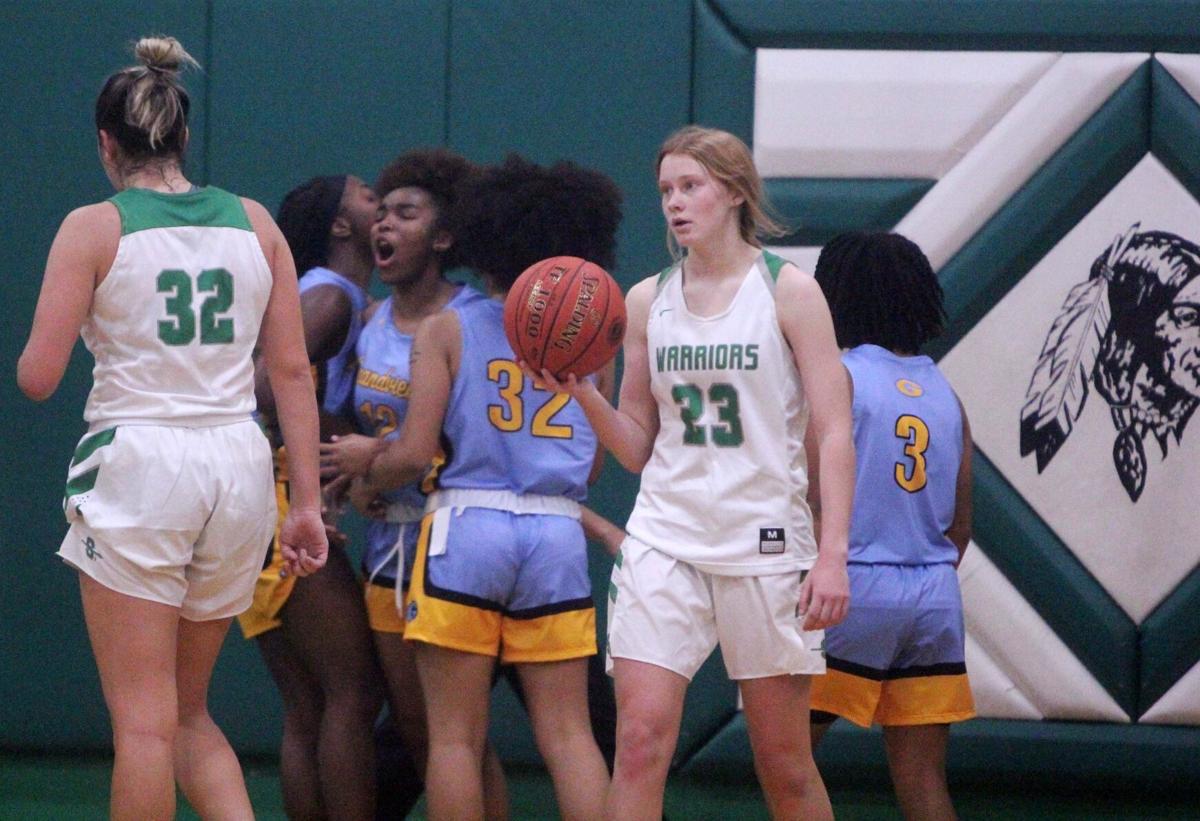 Grandview’s Cierra Smith reacts to scoring the basket and a foul in the closing minutes against Smithville on Thursday, Dec. 9. 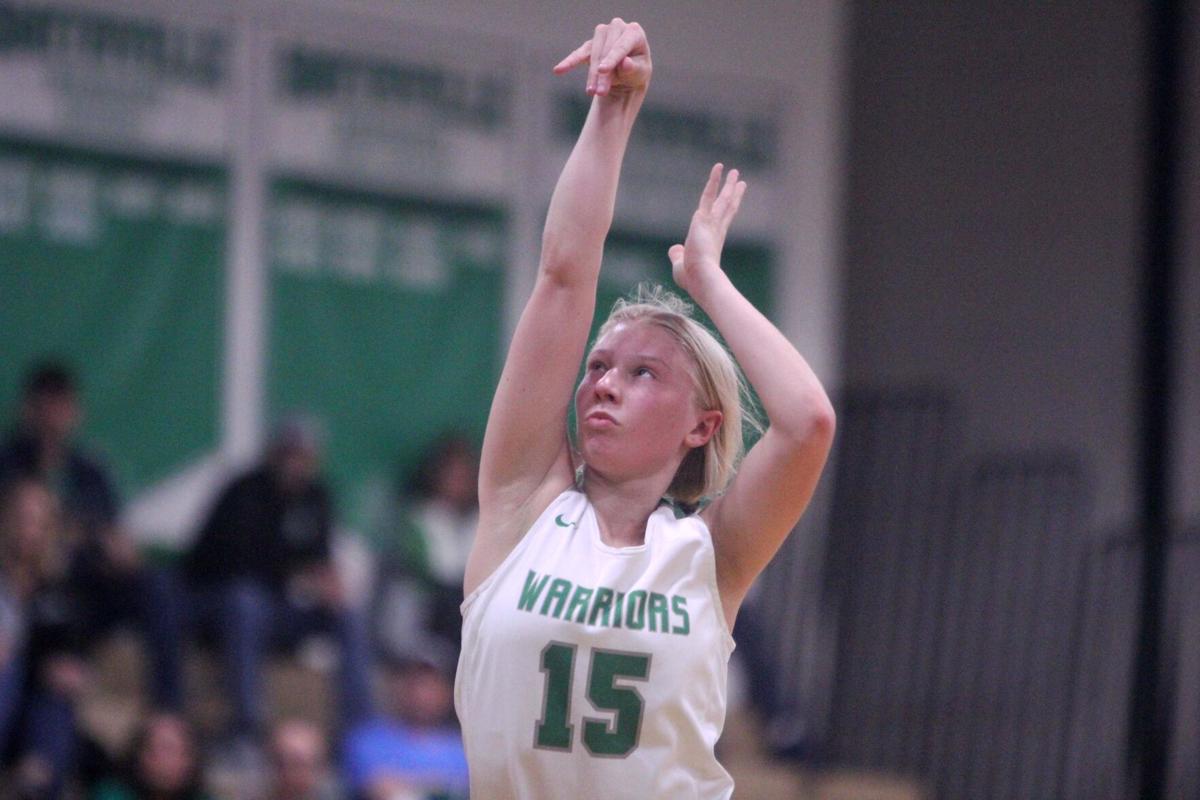 Kenzie Moes dribbles the ball during Smithville’s victory over Grandview on Thursday, Dec. 9.

Grandview’s Cierra Smith reacts to scoring the basket and a foul in the closing minutes against Smithville on Thursday, Dec. 9.

SMITHVILLE — When girls basketball head coach Trevor Mosby asks for toughness, the last possession in Smithville’s victory over Grandview was an example of what he means.

The Warriors led by two points as Grandview brought the ball up the court for the final shot. The Bulldogs' Cierra Smith was trapped by the Warriors' stingy defense as Smith passed it to her teammate Ciaira Martinez who drove towards the lane for a pull-up jump shot.

But, in Martinez’s way was Kenzie Moes, who beautifully blocked the shot. The ball was recovered, and Smithville finished off the Bulldogs 43-41.

“We got aggressive towards the end. I was honestly scared that I was going to foul her,” Moes said with a smile.

Moes was able to lead the Warriors down the stretch as she scored 13 of her 16 points in the second half. She even knocked down three free throws to give the Warriors the lead with under 1 minute to play after she was fouled on the wing.

“Once I got the passes and I was able to get open with the ball, it was easy to make some shots,” Moes said.

The game was back and forth throughout, especially in the first half as both teams were evenly matched. Mosby was impressed with his team’s ability to take a shot from the Bulldogs and give one right back to the visitors.

“It was back-forth, back-forth, give credit to them. The timing ended up being it was our swing," Mosby said. “Glad there wasn’t another 2 minutes left because it might have swung it back to their side. Credit to our girls for handling that, because there were several times that they could've puckered under the pressure. They did a great job of handling that.”

The speed of the game fluctuated as Smithville turned the ball over a couple of times to give easy baskets to Grandview, something Smithville will try to work on in practice on according to Mosby.

The way the girls fought through adversity and didn’t hang their hands was something that shined and led them to a close victory, a victory that showed they could win in the late stages of games.

“With Mosby’s help, telling us what we need to work on, it’s easy,” Moes said. “Bringing the energy to practice is fun to be around.”

Smithville’s next game will pit them against Ruskin away from home on Monday, Dec. 13.