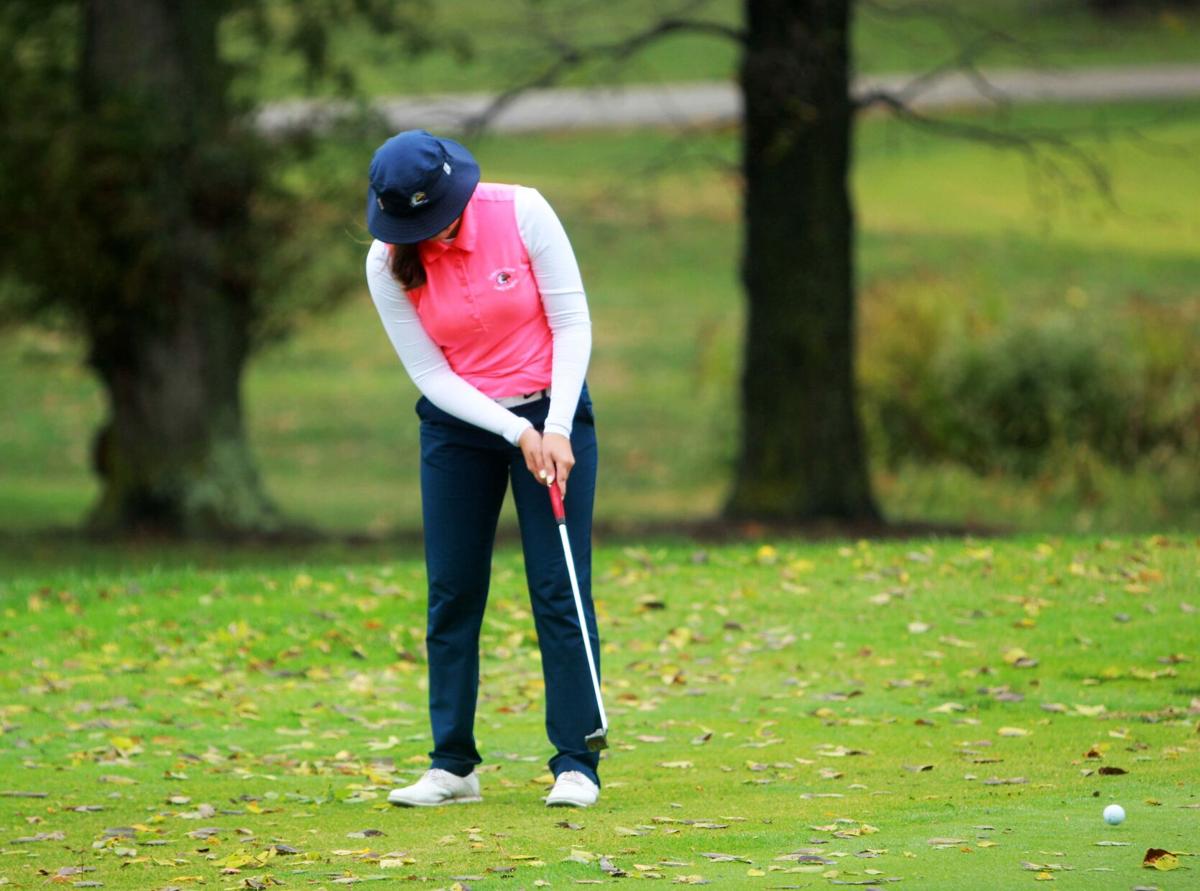 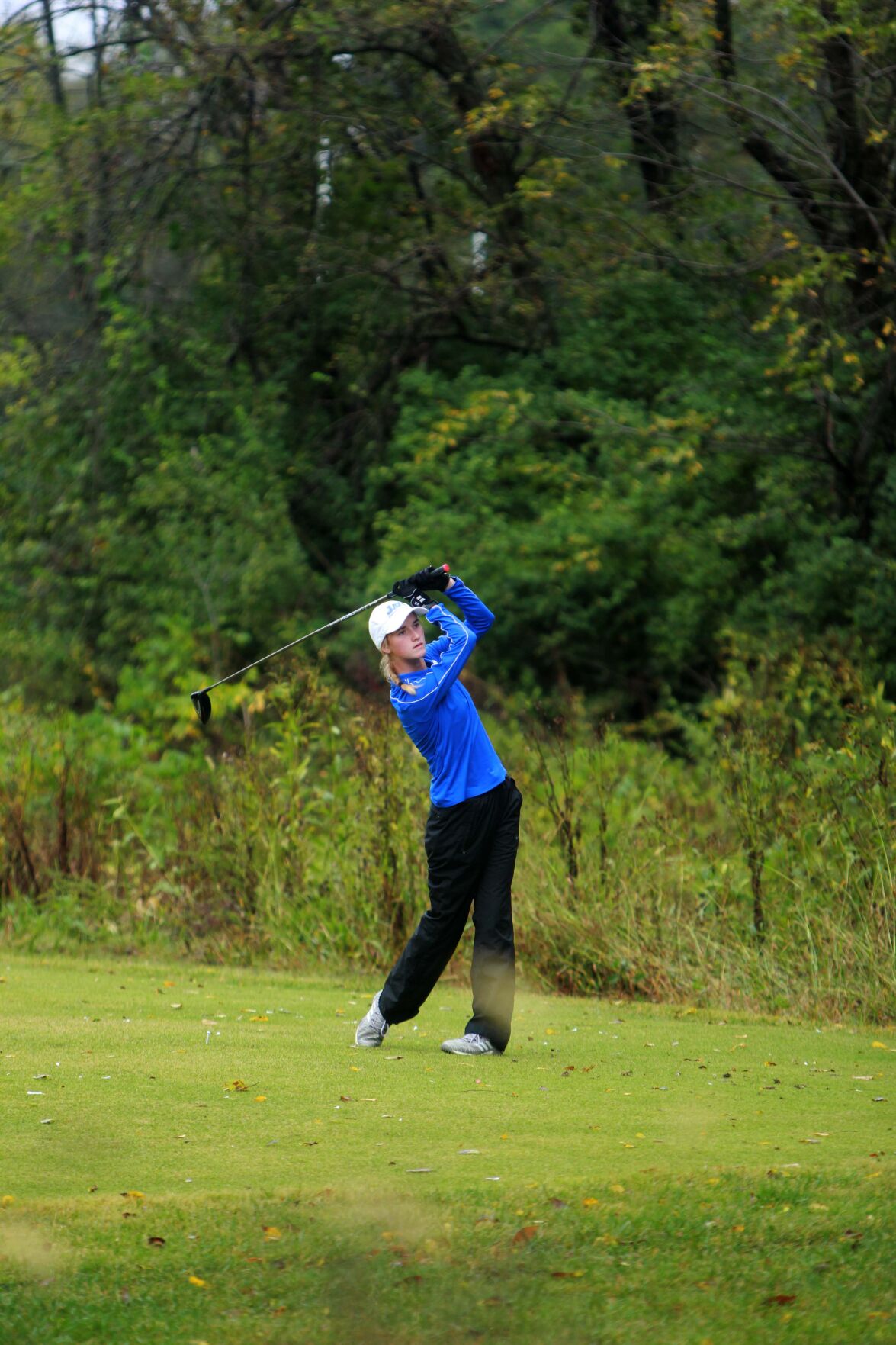 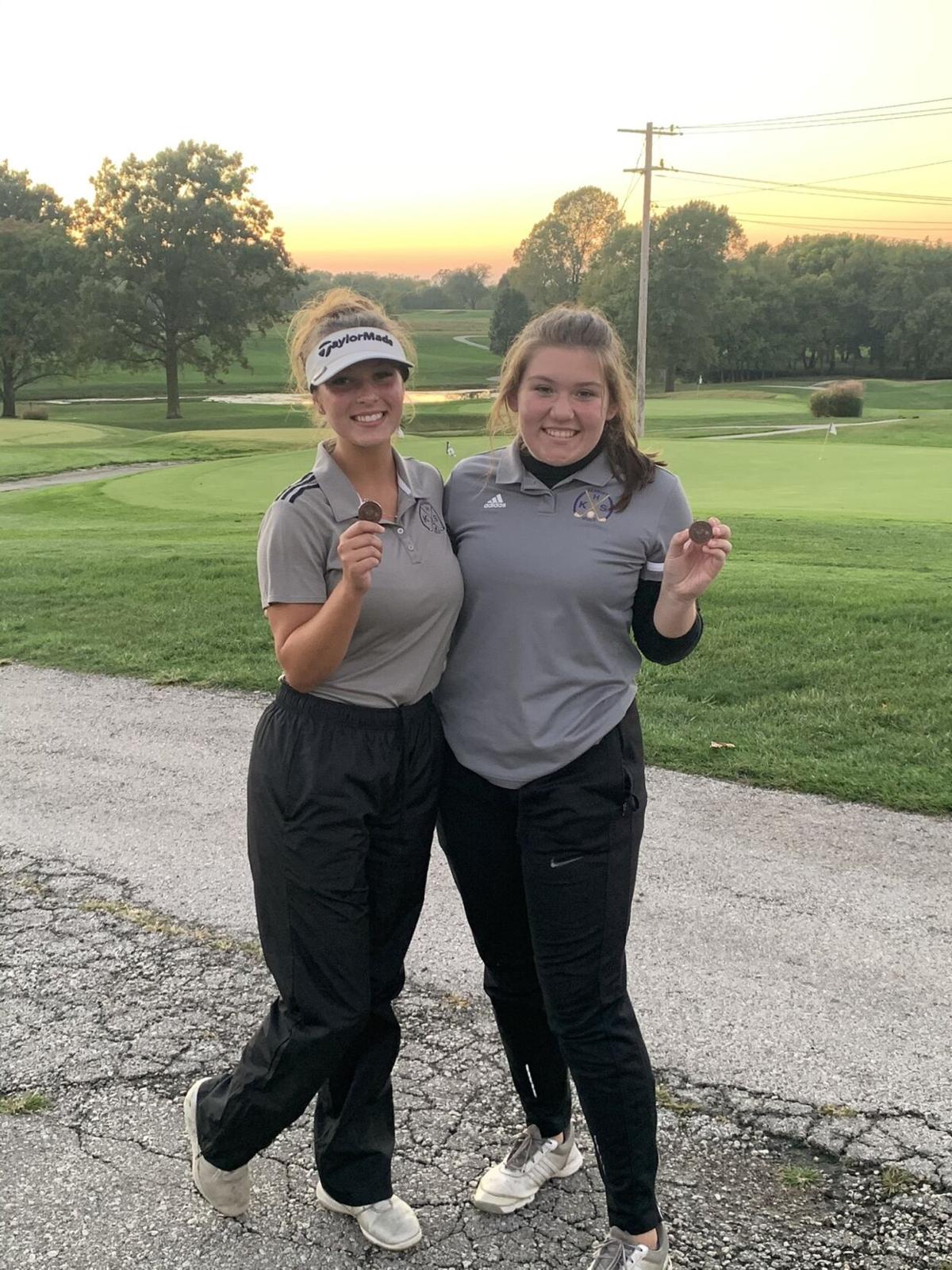 A two-hour delay was needed during the district golf championship Monday, Oct. 11.

The tournament at Hodge Park Golf Course was soaked with rain and standing water as players played through rain and wind.

The top two teams in the district would qualify for state with the top 12 individuals qualifying as well.

Liberty North finished in second place with 324 strokes behind Rock Bridge’s 320 strokes as the Eagles’ top four golfers were able to qualify for the state championship at Rivercut Golf Course in Springfield. The state championship will take place Monday and Tuesday Oct. 18 and 19.

Bailey Burkett of Liberty North was the highest finisher for the Eagles. She finished third, firing a +4 as she looked strong around the rain soaked greens.

Her wedge game performed well as she was able to utilize the lift, clean and place rule that was enacted due to standing water.

Averi Mickelson finished in ninth along with her teammate Emmy Braden. Both girls shot +8 while Kate Braden rounded out the foursome with a 14th-place finish, shooting +12.

Liberty qualified two golfers for state as Isabella Peregrine shot +12 for 13th place and Kelly Ryan finished in 14th with a +16 round.

The Smithville golf team won their district in Class 2 to qualify their four golfers along with a fifth player after Monday’s round at Excelsior Springs Golf Course.

Kali Brown shot the lowest for the Warriors with a +19, good enough to tie for second place. Amanda Conrad shot +22 for fifth place and Marie Peach was a ninth place finisher, shooting +29. Cali Hatcher was right behind with a +30. Mackenzie Moes rounded out the team with a +31.

The Warriors will head to Columbia to take part in the Class 2 State Championship at Columbia Country Club Oct. 18 and 19.

Kearney played their Class 3 District Championship at Eagle’s Landing in Belton. The Bulldogs finished in third place, 18 shots off of qualifying for the state championship as a team.

However, Kenzi Kutch, Jessica Riley and Jojo Kutch will represent Kearney at the Class 3 State Championship in New Bloomfield Oct. 18 and 19.

Kenzi led the way for Kearney, shooting a +19 for sixth place.

Riley finished in 10th place with a +24 and Jojo was able to qualify with a +34, earning her 15th place in the district championship.