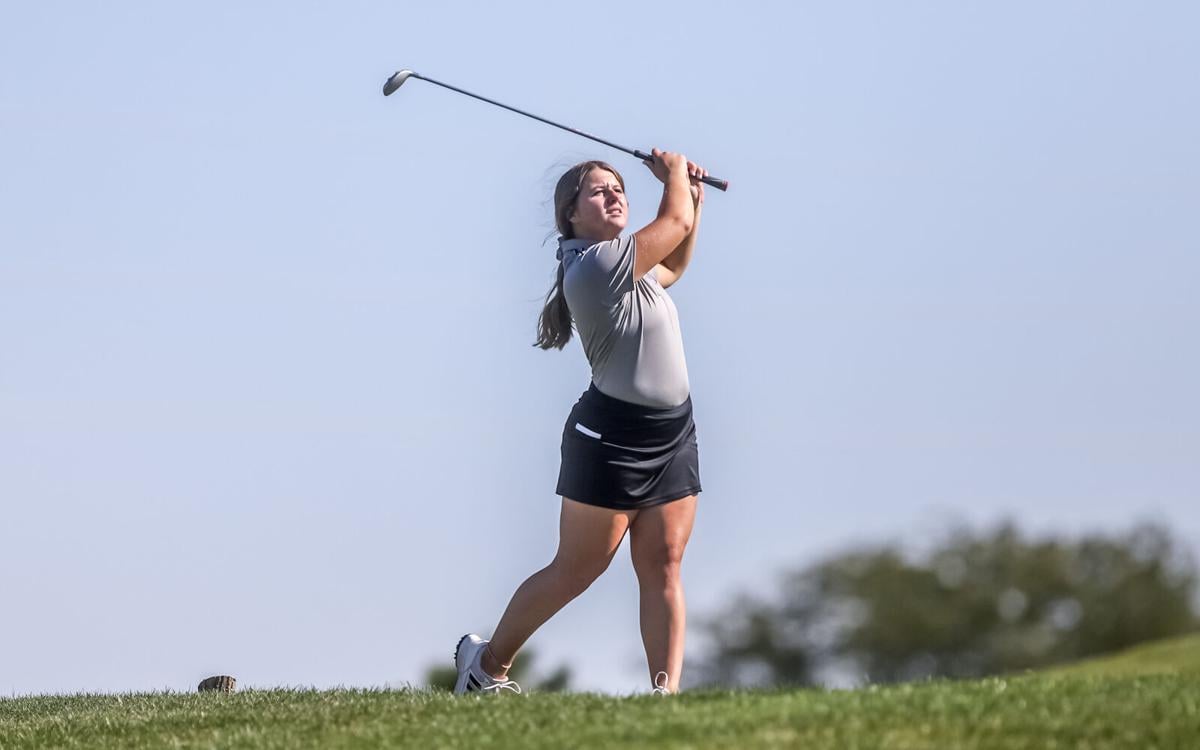 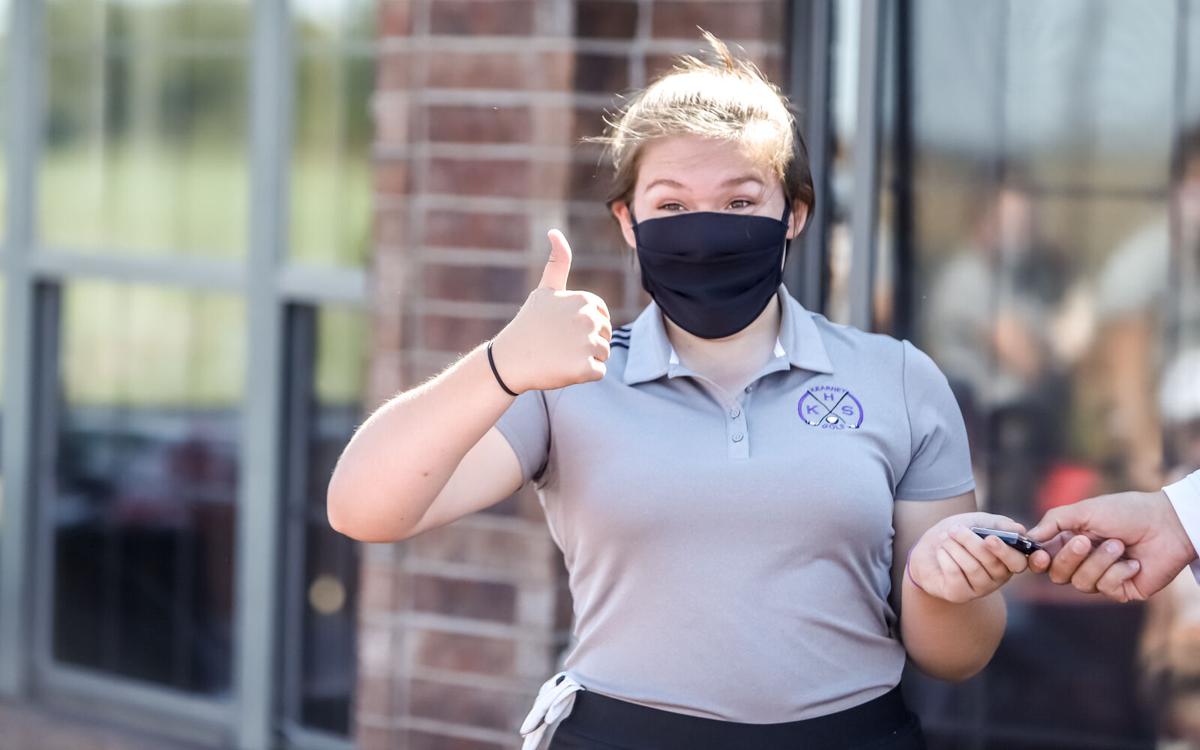 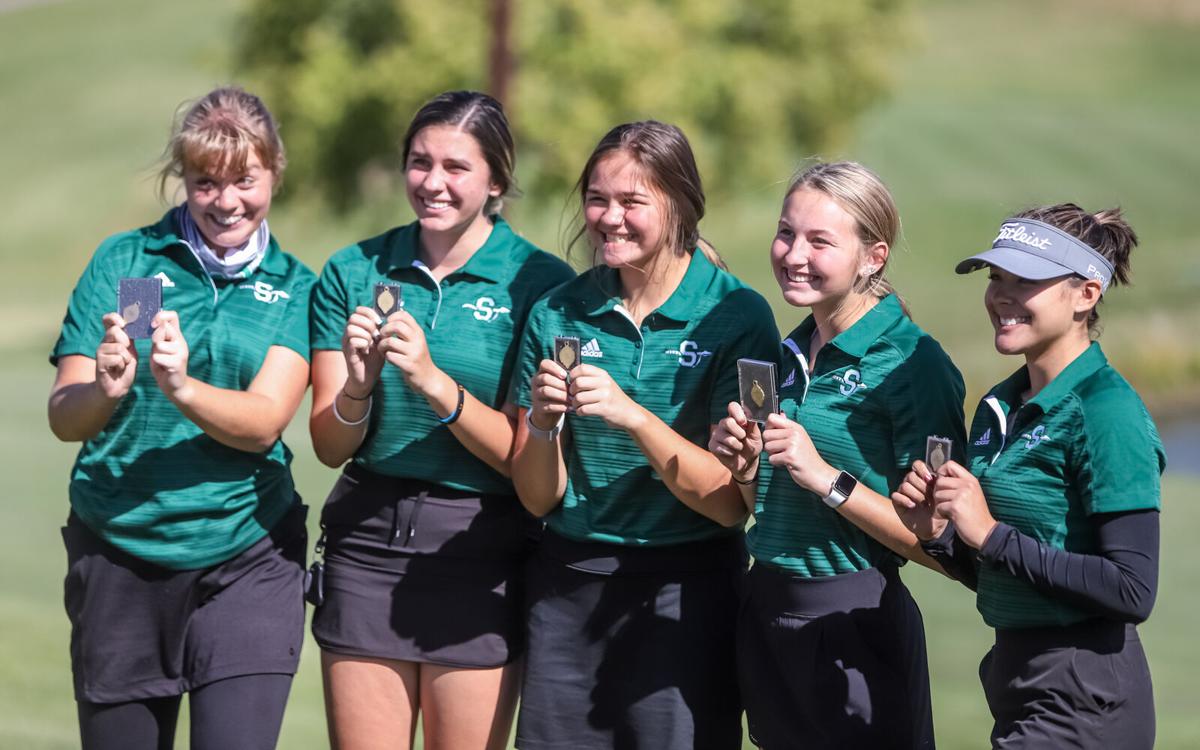 KEARNEY — Kearney girls golf finished second at the Greater Kansas City Suburban Conference Blue Division. The Bulldogs shot 402 behind only the 359 shot by Platte County, who won the conference title for the fifth straight season.

After the Pirates earned the top four spots, the first competitor on the board for the rest of the field was Kearney’s Jessica Riley. The junior shot a 95 in one of her better performances in an 18-hole competition this season. Her final mark surprised her a little bit.

“I think I was really surprised because I had some really bad holes, but also some really good holes,” Riley said. “I didn’t really know how it would turn out.”

She said the second hole gave her the biggest issue as it has a 90-degree turn that is difficult to navigate.

“I hit it into the ditch,” Riley said.

She said she couldn’t remember which hole, but her drive on one of the par-5 holes did not go so well either. This time she recovered with a great second shot to secure a par.

Junior Makenzi Kutch and sophomore Hailey Parker tied for sixth place with both shooting 100 on the day. Sophomore Anna Tourney gave the Bulldogs a four-person crew of all-conference honors as her 107 earned her a 10th place finish.

Kearney will return to Shiloh Springs on Monday, Oct. 12 for the Class 3 District 4 tournament.

The Warriors shot a 425 to take third place at the event. Junior Kali Brown was the next golfer on the leaderboard not from Platte County or Kearney as she took eighth with a 101.

“I definitely did a lot better than I did last time on this course,” Brown said. “I think I shot a 112 so I shaved off 10 shots. I was actually pretty proud of myself.”

Sophomore Marie Peach gave Smithville another all-conference performance as she finished ninth with her 103. Junior Kenzie Moes had to settle for all-conference honorable mention as her 108 earned her 11th place. Senior Allie Andrews (12th) and freshman Amanda Conrad (13th) joined her with scores of 113 and 119.

Smithville head coach Trevor Mosby said he was proud of his team’s performance as they don’t traditionally play well on this course.

“I know that Kali and Kenzi came and did some practicing here. Some of the girls have really been working hard,” Mosby said. “We haven’t played our best lately so for them to improve a little bit was nice to see.”

Brown said the practice at Shiloh Springs before the tournament gave her a big boost in this one and next week at districts.

“(Practicing) yesterday was one of my better scores I’ve ever got on nine holes,” Brown said. “I think practicing, working on my putting and trying a bunch of my different clubs on the range really helped me today.”

Mosby said any of the five varsity players could make a push for state as districts start on Monday, Oct. 12 at Excelsior Springs Golf Course.