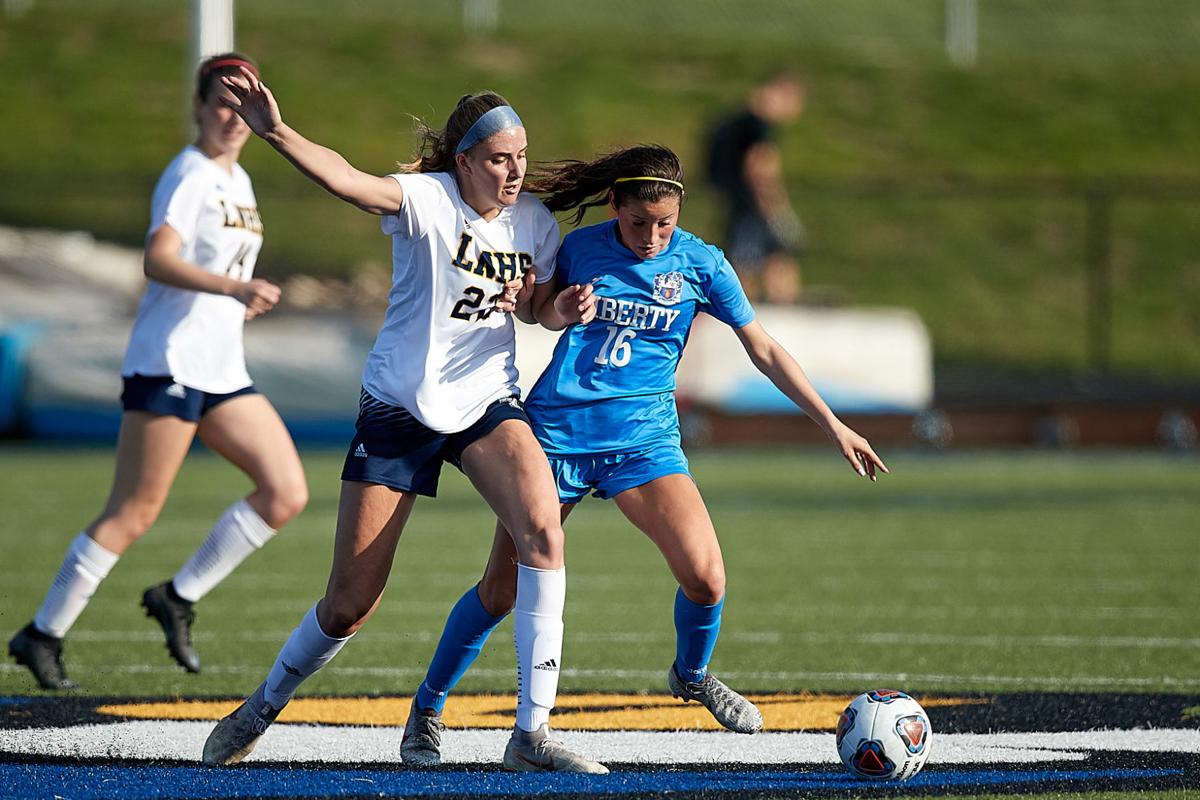 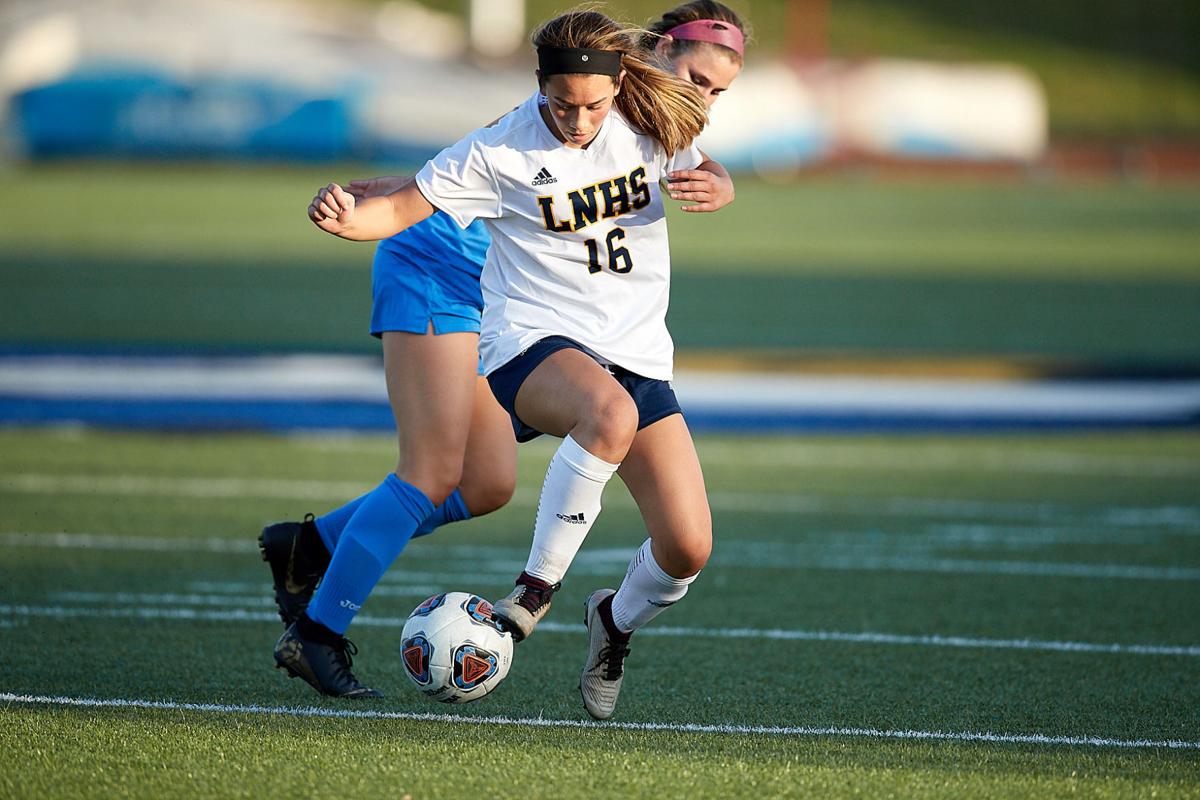 The game was close the entire way through and after the first half of play, the score was stuck at 0-0. This likely had a lot to do with being the third game of the season between the two rivals.

“Liberty North is a really good team and rivalry games always bring out the best in both teams,” Liberty coach Tyler Nash said. “No matter how many times you play each other, both teams come prepared with their A game. Add the factor that you have played each other three times, both teams recognized a lot of different tendencies and correct these when it matters most.”

It would be the Blue Jays who broke through first netting a goal at the 56-minute mark. Liberty North coach Steve Person said the goal reshaped the game plan.

“Our plan was to limit the chances of their best players and try to score first,” Person said. “We accomplished half of that and were in pretty good shape until the first goal happened. We threw numbers forward trying to equalize and got that done.”

The equalizer came from the foot of sophomore Lauren Hinnenkamp with less than six minutes to play. The game seemed destined for overtime until Eagle senior goalkeeper Hallie Hicks fell victim to the setting sun.

Hicks had been stout the entire game, allowing just the one goal and making a few impressive saves. Persons described the final goal as something you can’t plan for.

“The game-winner was a cross with no angle and no power, but you could tell immediately she wasn’t able to see it,” Person said. “It was just a freak thing. The perfect angle in the perfect spot in the sun and by the time she could track, it was on her with little time to react.”

As the goal rolled into the net, the chances to answer in the final minute of the game proved limited as the Blue Jays held on and won 2-1. The win avenged the previous season’s district championship loss.

Nash said the win felt a little sweeter for the girls after falling to the Eagles by the same score, 2-1, in the 2018 title game.

“For my girls, it means the world,” the coach said. “Last year left a huge void for us but also gave us motivation throughout the offseason. The girls have really wanted this game. It made it even better since it came from such a spectacular team in a very strong district. Tons of credit goes to their girls and the job coach Person did.”

Life in the Red: Pierson-El with a special dedication after his first XFL touchdown

Sports Writer Justin Quick can be reached at justin.quick@mycouriertribune.com or 389-6643.​