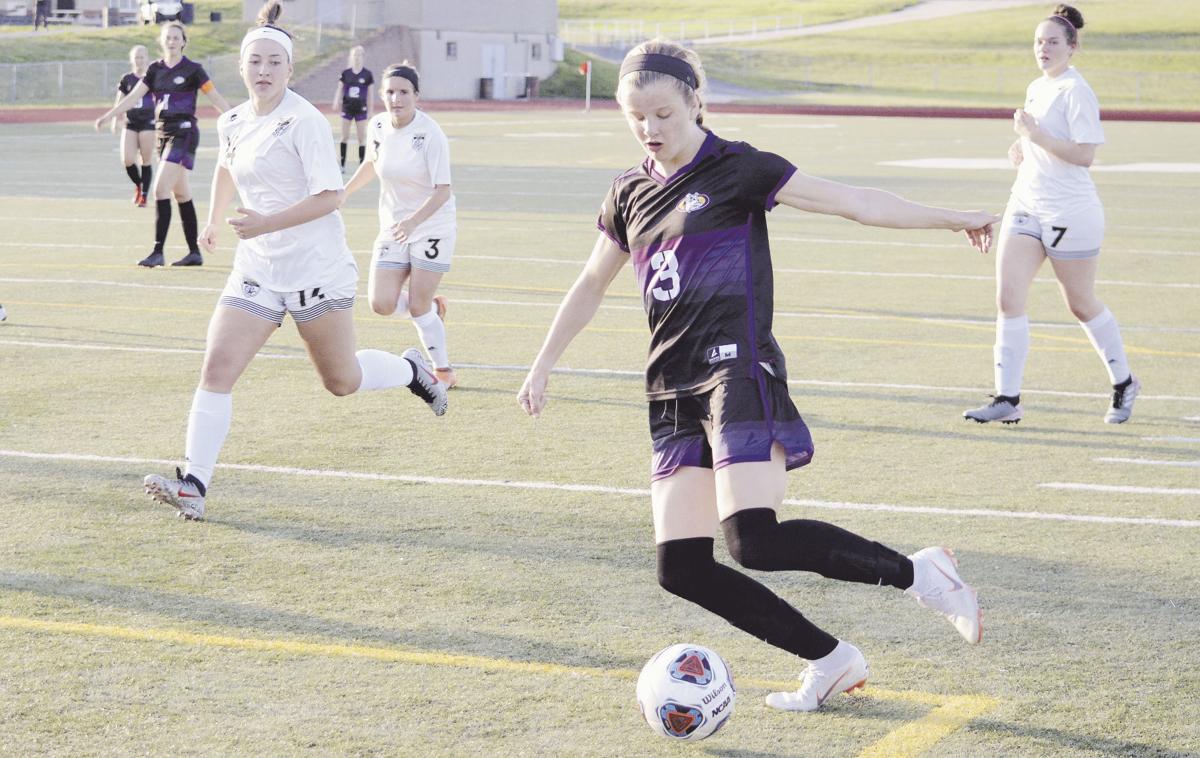 In Kearney’s 12-0 district semifinal win over Excelsior Springs Monday May 13 in Smithville, junior Caroline Kelly netted a hat trick in the first 20 minutes of the game. 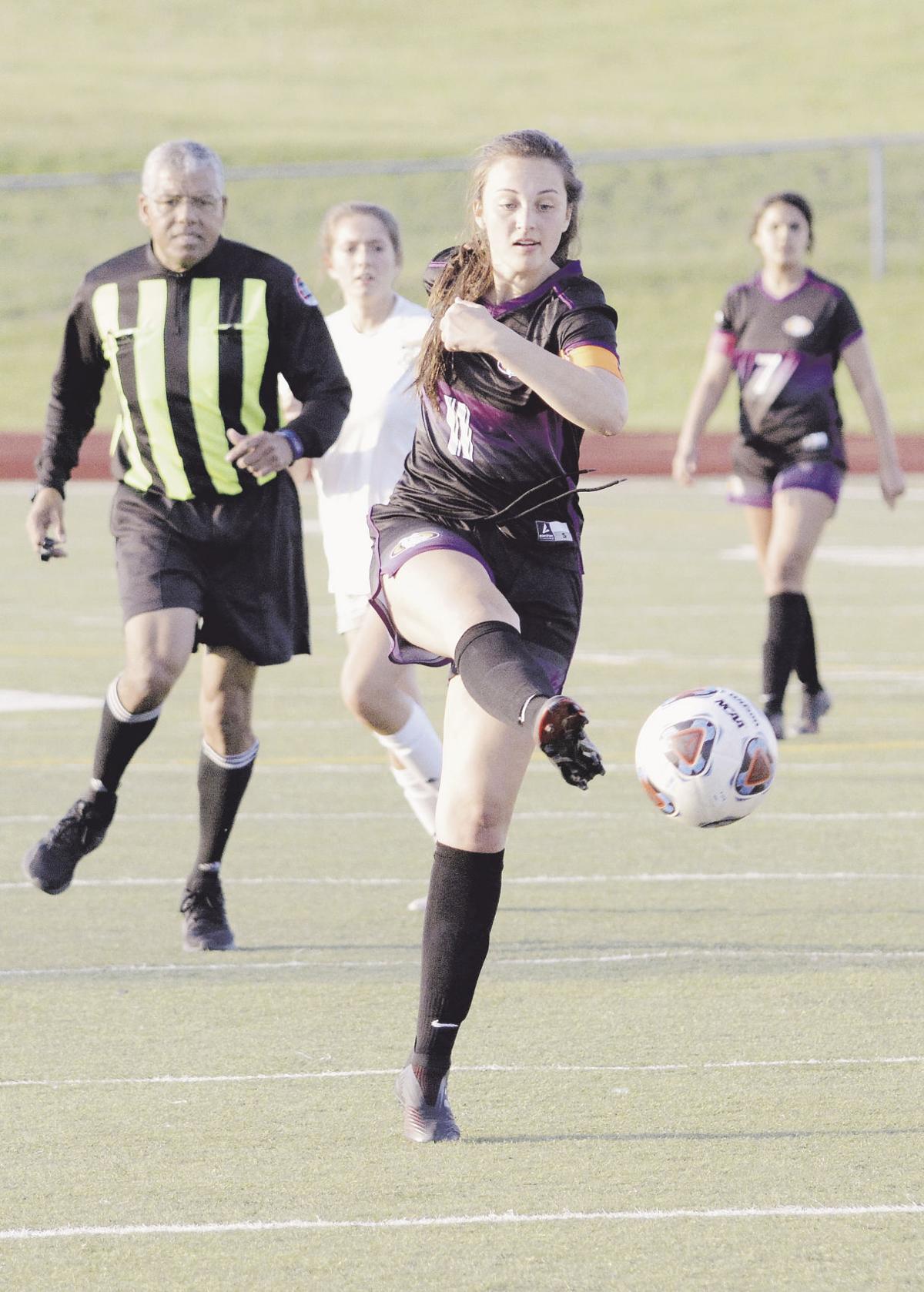 Senior Abigail Logan sends a shot toward the goal in a 12-0 win over Excelsior Springs Monday, May 13. Logan scored twice in the Bulldogs win.

In Kearney’s 12-0 district semifinal win over Excelsior Springs Monday May 13 in Smithville, junior Caroline Kelly netted a hat trick in the first 20 minutes of the game.

Senior Abigail Logan sends a shot toward the goal in a 12-0 win over Excelsior Springs Monday, May 13. Logan scored twice in the Bulldogs win.

SMITHVILLE — Kearney soccer wasted no time securing its spot in the MSHSAA Class 4 District 16 championship game with a 12-0 win over Excelsior Springs in the semifinal game May 13.

The Bulldogs started quickly and had a 7-0 lead before 20 minutes had come off the clock. Junior Caroline Kelly once again led the charge for Kearney scoring a hat trick within the first 16 minutes of the game.

A fast start is exactly what coach Amanda Hopkins wanted to see from the Bulldogs and Kelly would suffice, scoring the first goal of the game in under a minute.

“After we played Grain Valley and had numerous shots on goal, to be able to put one in that quick today was nice,” Hopkins said.

After getting a large enough lead, Hopkins pulled most of the starting players and allowed the second group to get some quality playing time in a meaningful game.

“We rested all of our girls and goals passed around and got a little bit of confidence going on,” Hopkins said.

The goals were passed around between eight different Kearney players and they even got an assist from an own-goal at the 17-minute mark. Kelly knocked in three goals, senior Abigail Logan had two and six other Bulldogs scored a goal each.

With the score hitting 12-0 at halftime, the game was called by mercy rule and the Bulldogs were able to stave off any unnecessary wear before the district championship game.

In the one day between the two games, Hopkins said the team will focus on the same thing they have been since the Grain Valley game May 6 – finishing.

“More from that game than this one, we will continue to work with our finishing, especially with our attackers up front.”

Although the Bulldogs accumulated 12 goals, they did so on more than 20 shots leaving many close shots just wide or above the net.

Kearney headed into the Wednesday, May 15 championship game with a 16-2 record on the season and has yet to lose to a Class 4 team with the losses coming to Liberty and Liberty North, Class 5 schools.

Sports Writer Justin Quick can be reached at justin.quick@mycouriertribune.com or 389-6643.