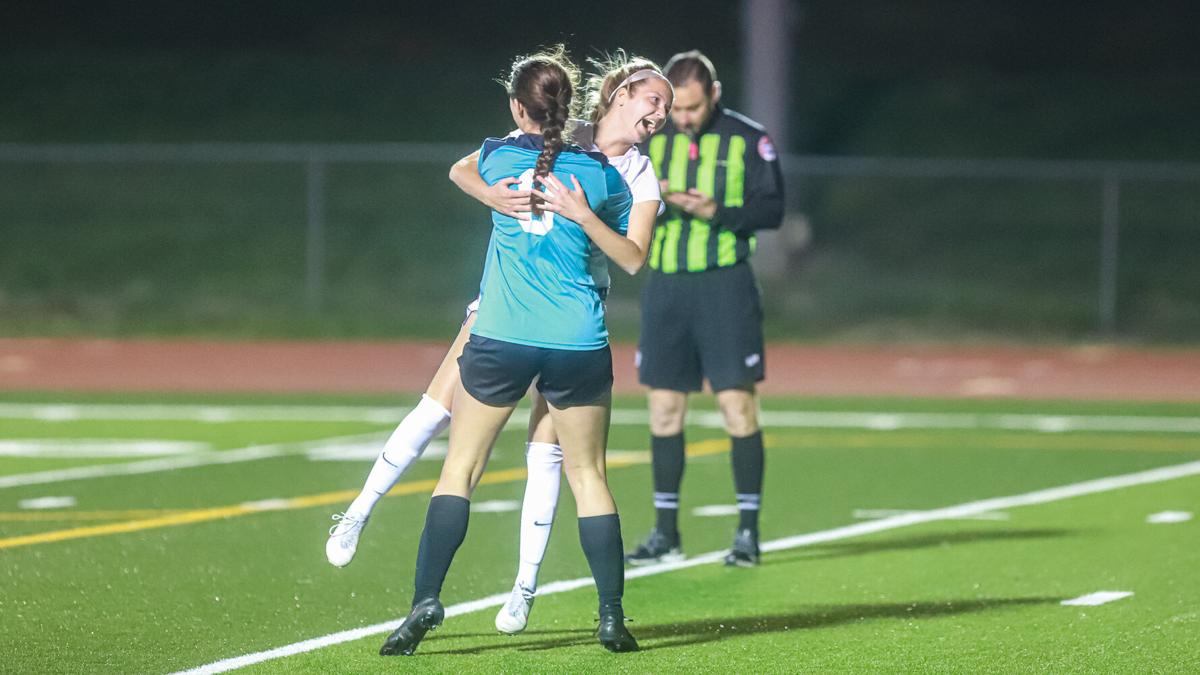 Kearney players rush to celebrate with goalkeeper Lily Ellis after a 4-2 penalty kick victory following a 0-0 match through two overtimes. 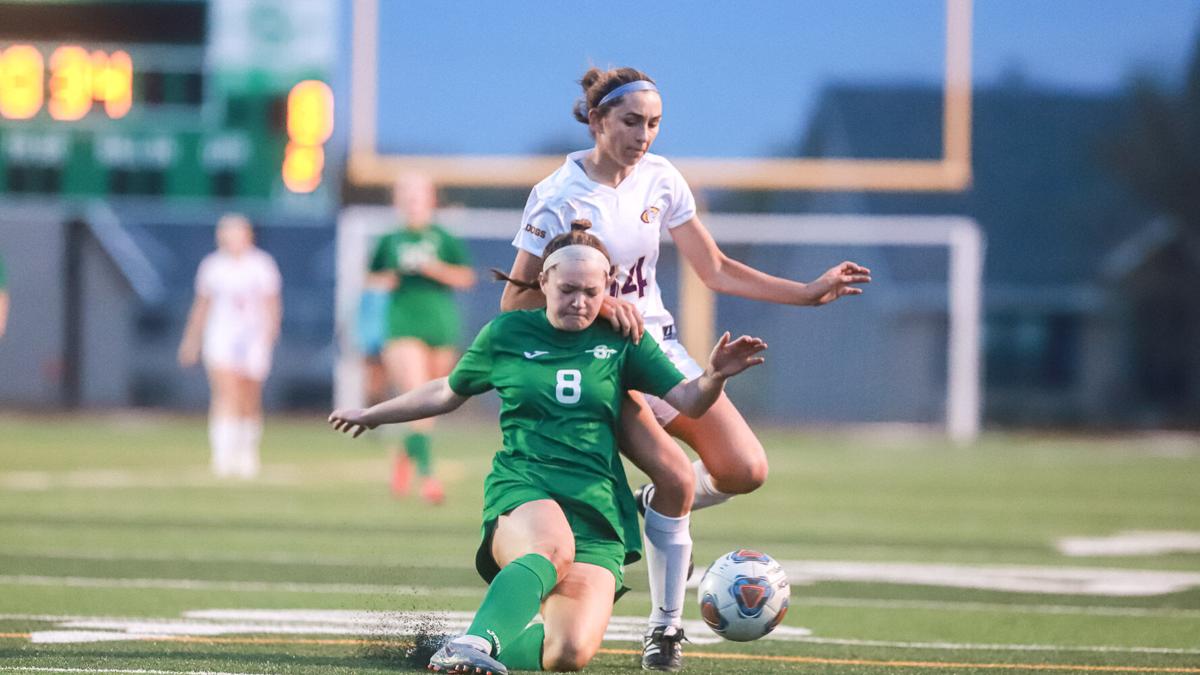 Kearney and Smithville girls soccer battle to 0-0 tie through two overtimes before the Bulldogs pull out a 4-2 penalty kick victory. 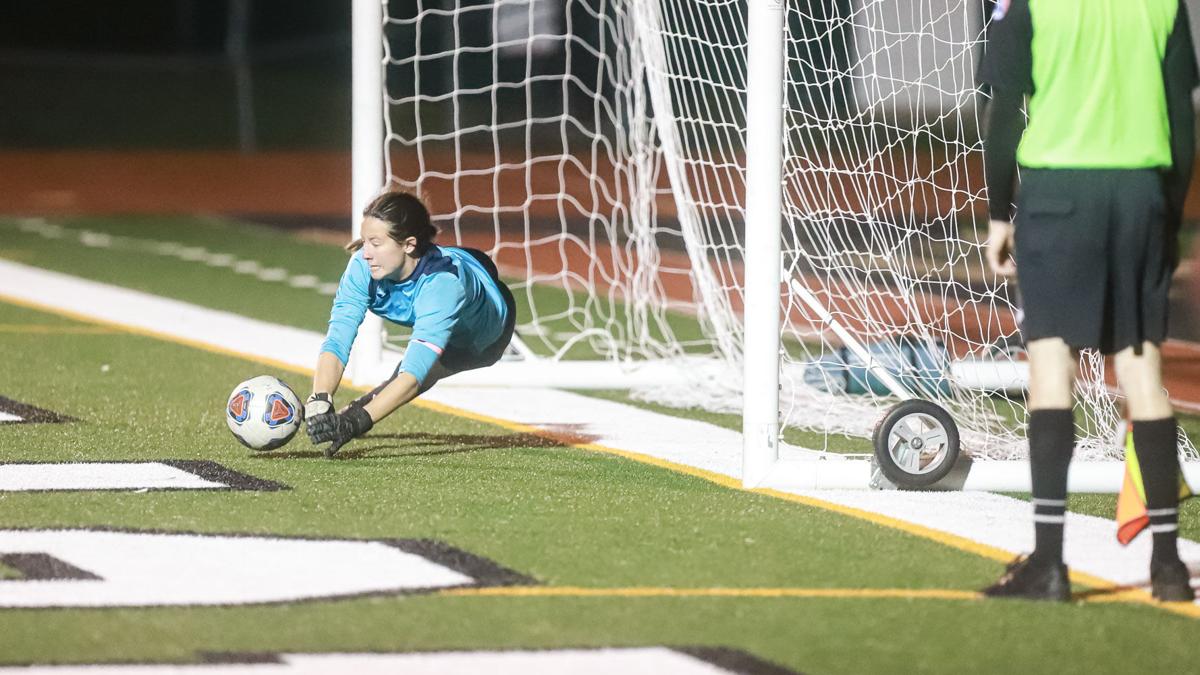 Kearney players rush to celebrate with goalkeeper Lily Ellis after a 4-2 penalty kick victory following a 0-0 match through two overtimes.

Kearney and Smithville girls soccer battle to 0-0 tie through two overtimes before the Bulldogs pull out a 4-2 penalty kick victory.

SMITHVILLE — Kearney and Smithville girls soccer refused to cede any ground to each other in a scoreless 100-minute battle that would ultimately be decided by penalty kicks.

The Bulldogs pulled out the win with a 4-2 margin, thanks in large part to goalkeeper Lily Ellis. She returned to the net for a decisive shootout despite leaving the match in the final minutes of the second overtime following a collision with a Smithville player.

The Warriors kept the pressure on throughout the contest, but could not get a shot past Ellis after entering the contest averaging 9.5 goals per match. Smithville knew Kearney would be a tougher battle, but still felt like they did a good job creating chances to score despite finishing without a goal.