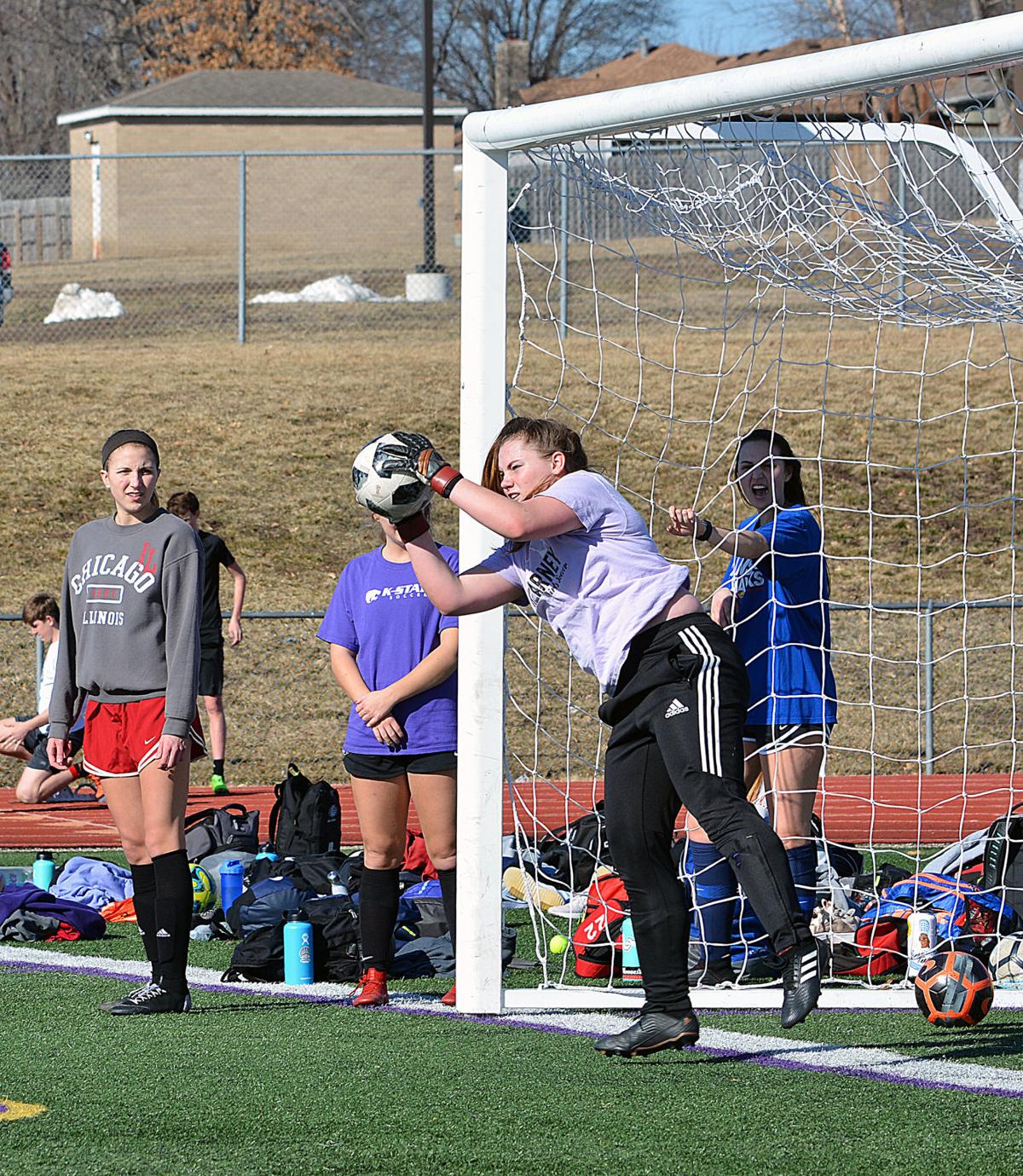 Sophomore Mayson Behney makes a save during practice. 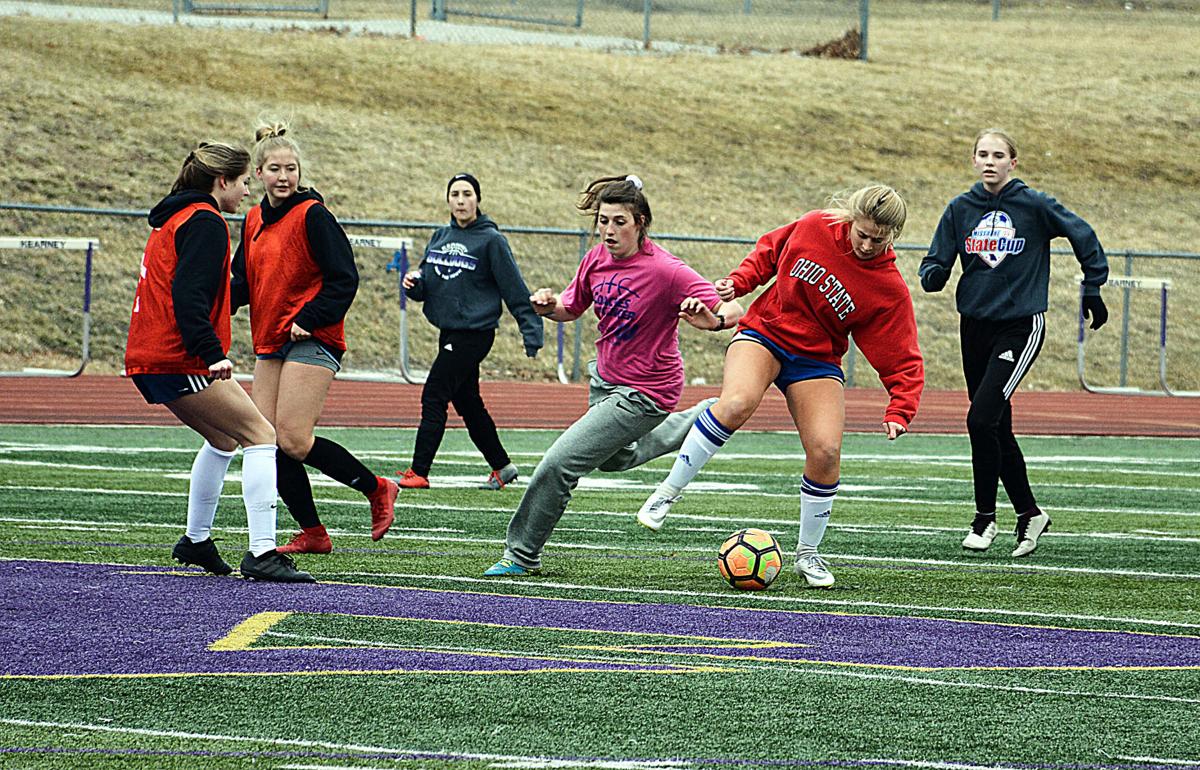 Kearney soccer prepares for the 2019 season despite chilling temperatures early on. 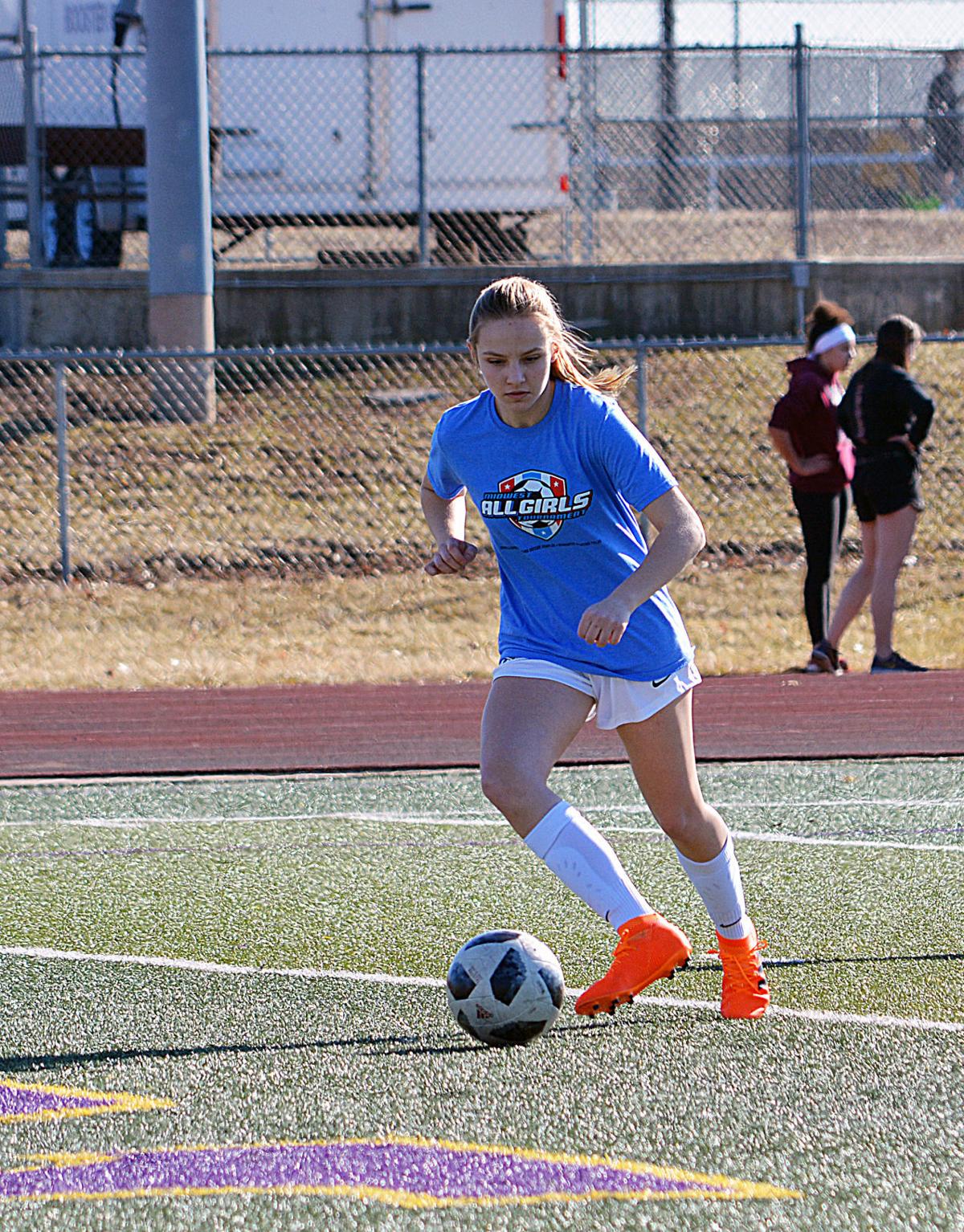 Freshman Abby Smith makes a touch to her right during practice. 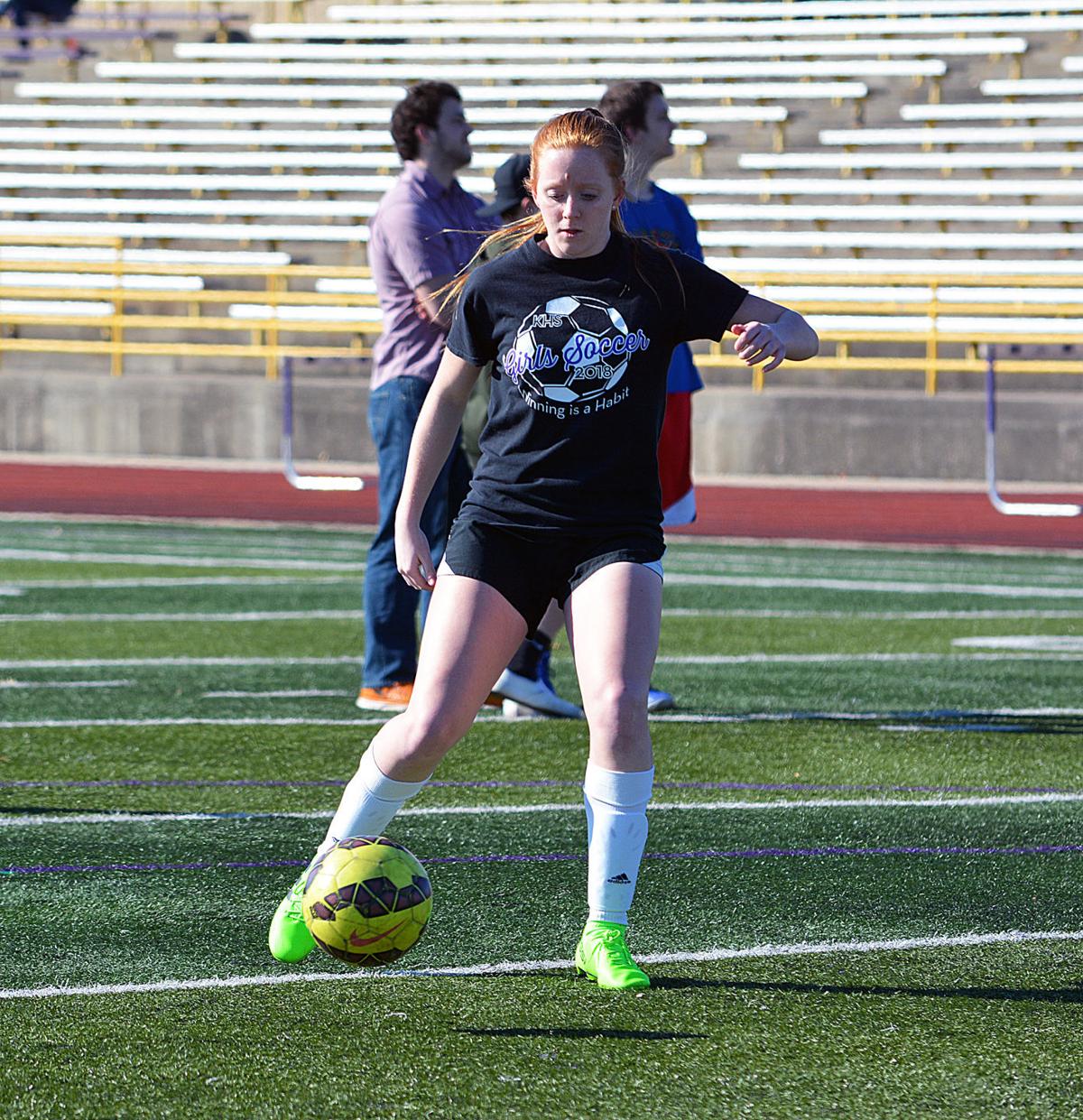 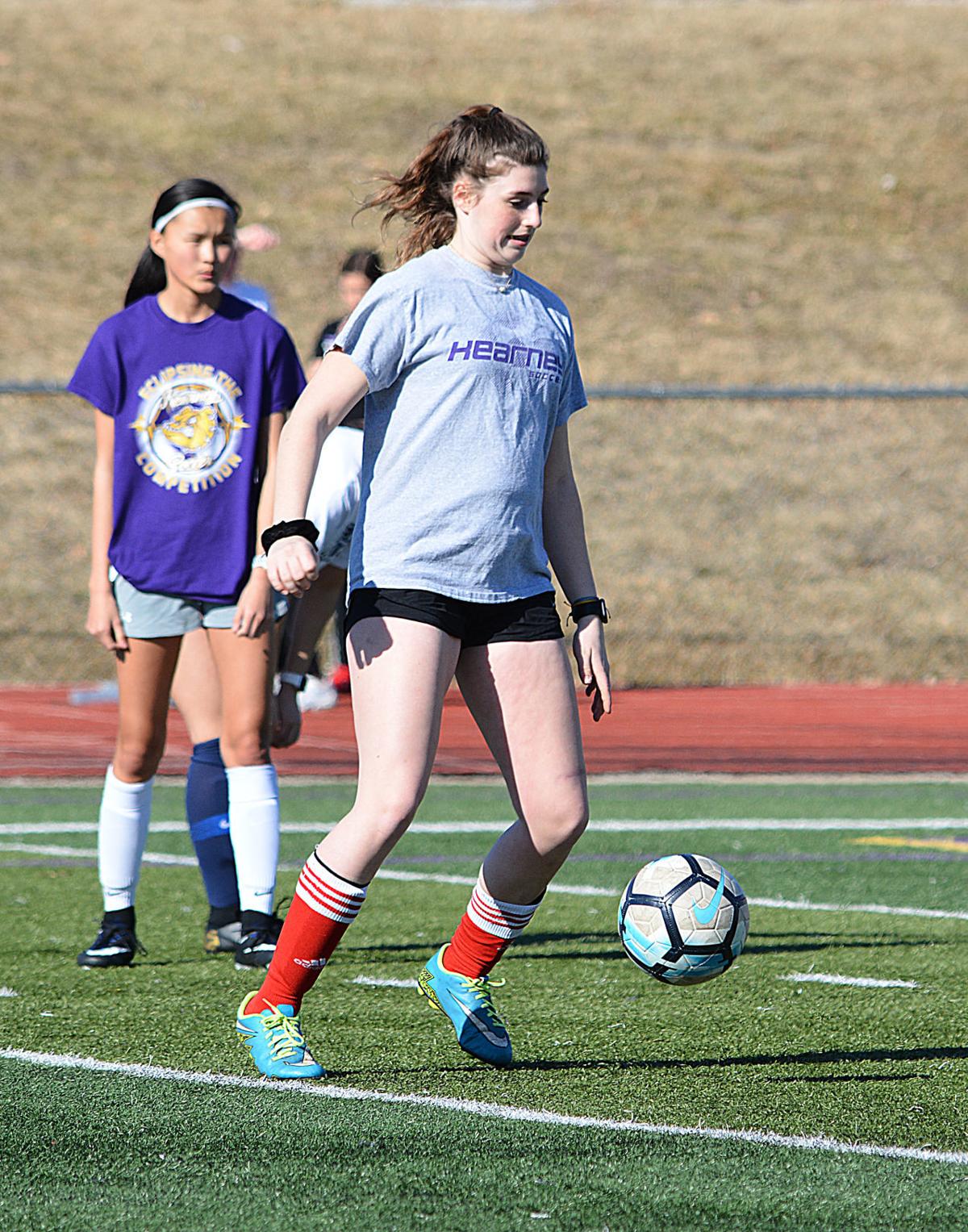 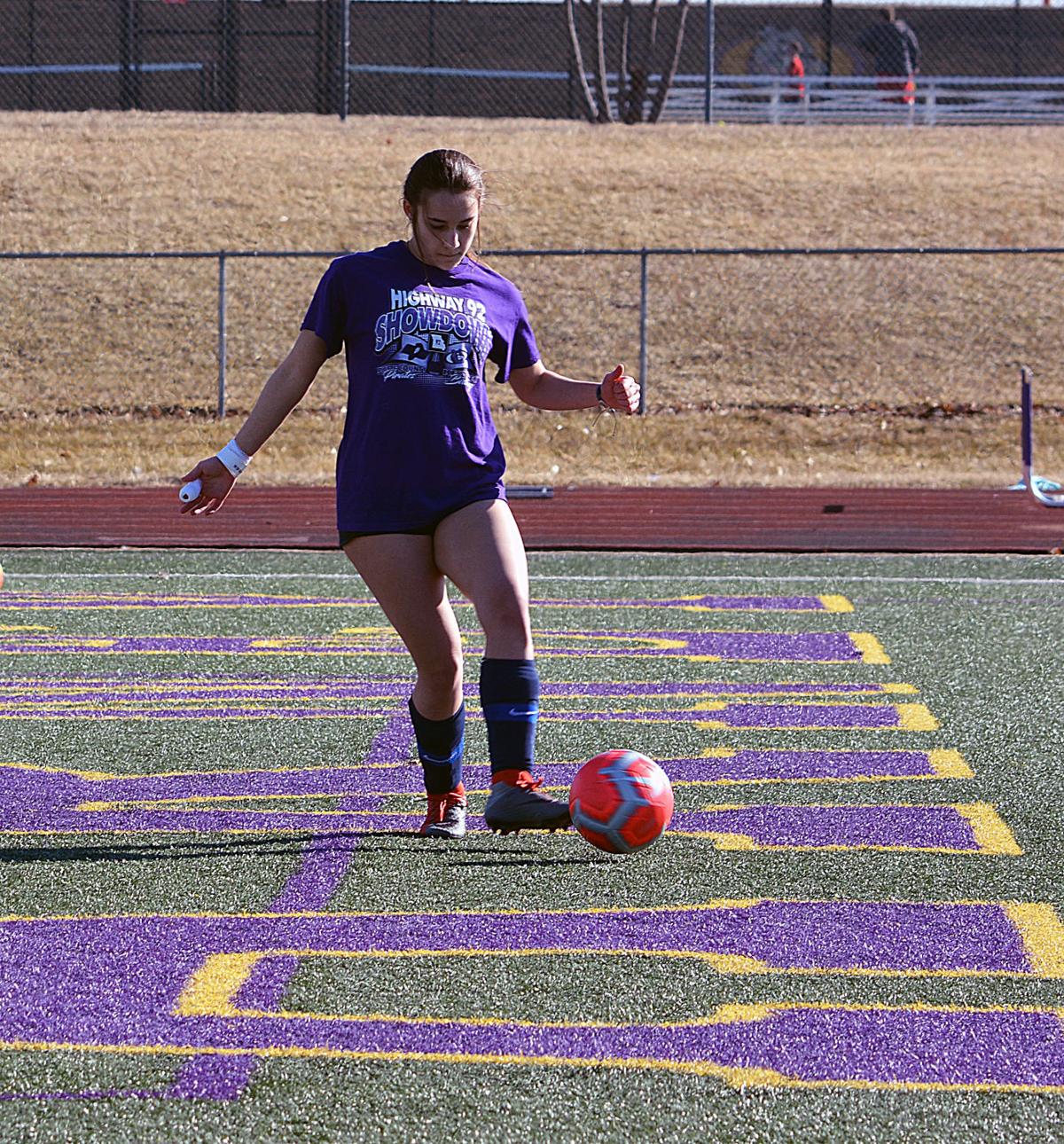 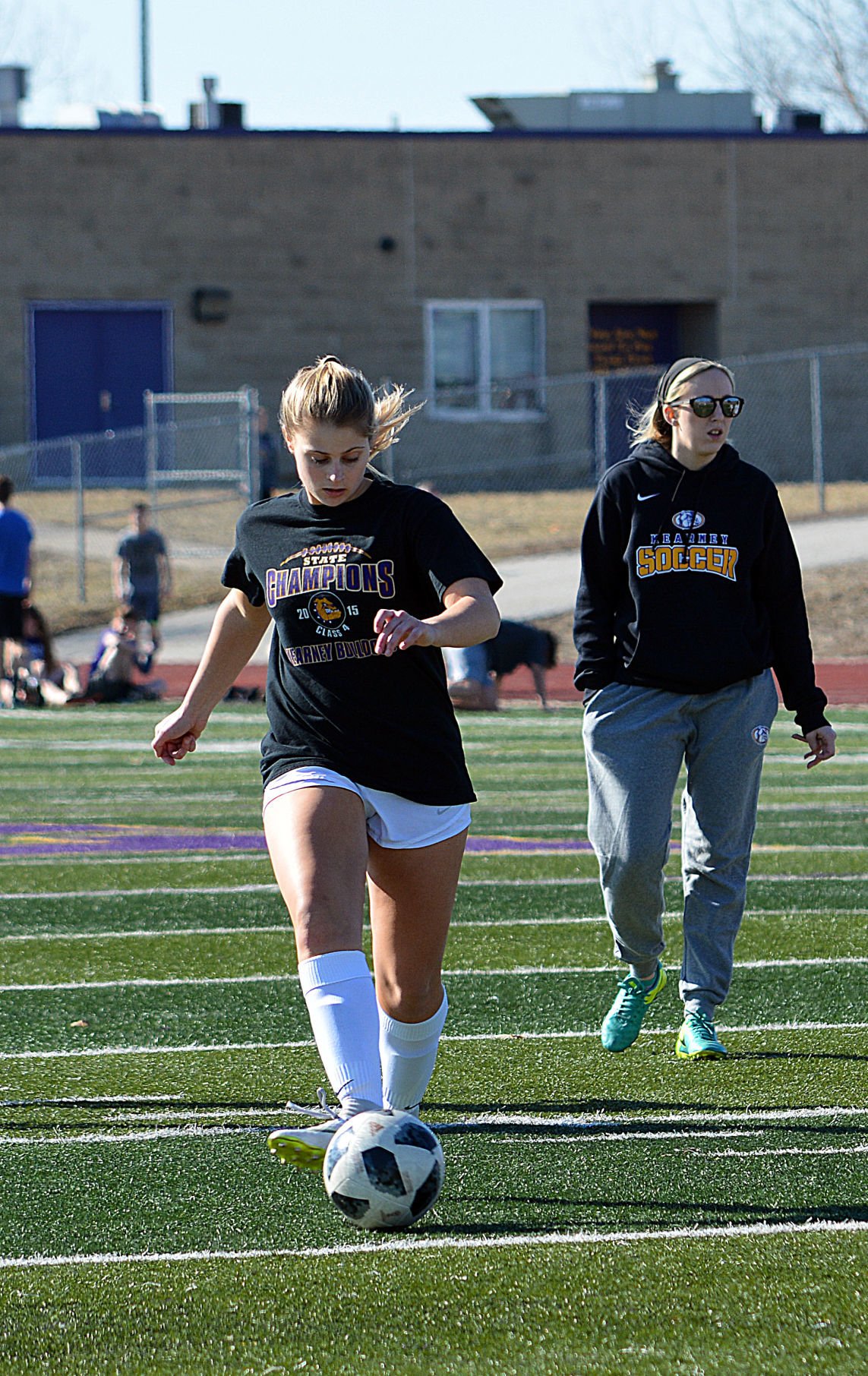 Katie Speaker plays the ball with the inside of her foot during practice. 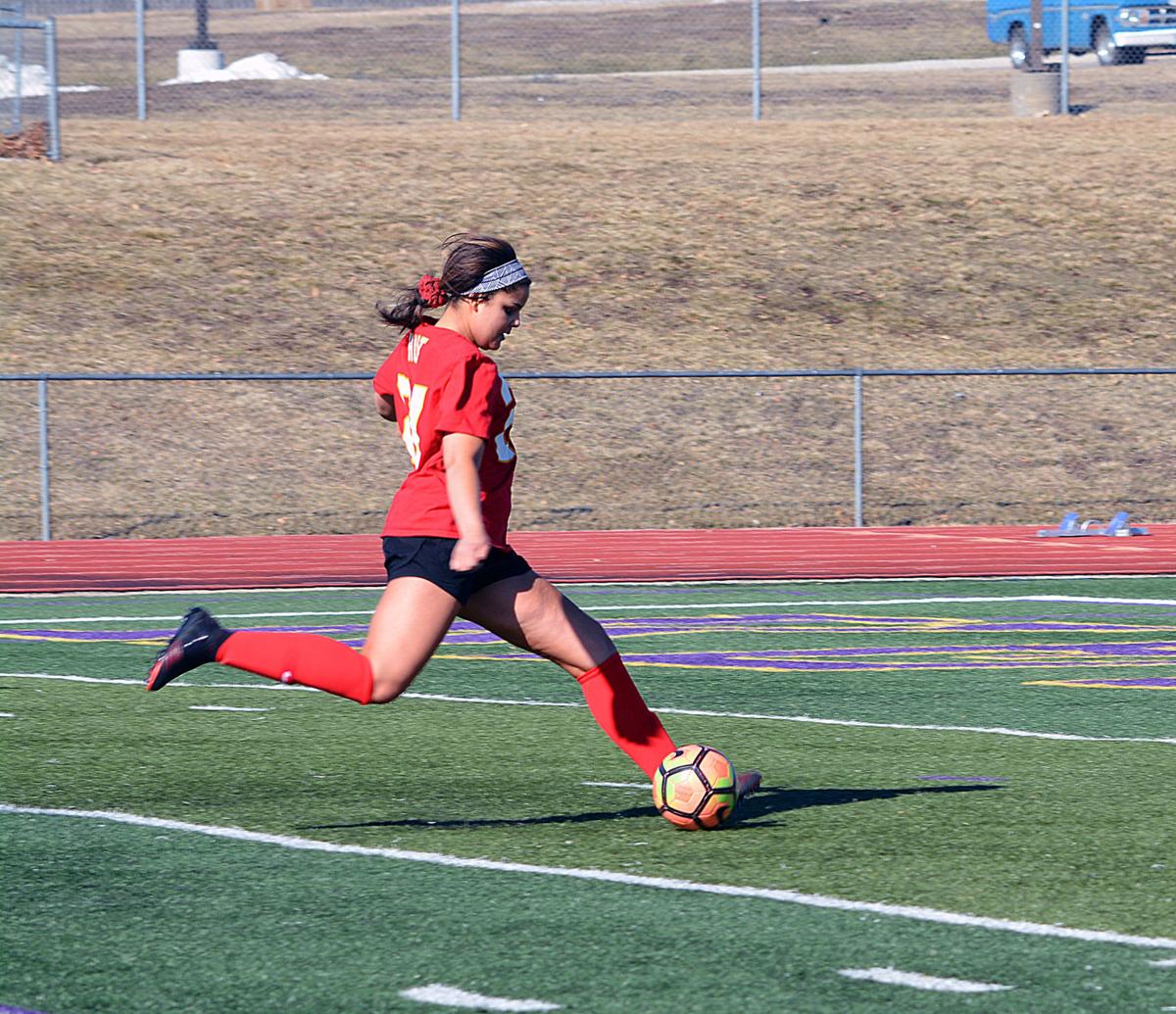 Sophomore Mayson Behney makes a save during practice.

Kearney soccer prepares for the 2019 season despite chilling temperatures early on.

Freshman Abby Smith makes a touch to her right during practice.

Katie Speaker plays the ball with the inside of her foot during practice.

The Bulldogs ended 2018 on a high note as they topped Union 3-1 in the Class 3 state third-place game.

After suffering a 1-0 loss to Blue Springs, Kearney carried a winning streak into the 2018 state semifinals.

In that stretch Kearney went 20-0 and pitched 13 clean sheets.

The Bulldogs gave up two goals in a game just twice during the 20-0 stretch.

Kearney had some signature wins along the way.

In the state sectional round, for a second year in a row, Kearney ended Grain Valley’s season.

Kearney topped the Eagles 3-2 to set up another rematch from the previous year in the state quarterfinal round.

After falling 2-0 to Notre Dame de Sion in 2017, Kearney leveled the score with a 1-0 clean-sheet win to punch its ticket into the state semifinals.

Notre Dame de Sion entered the game ranked No. 1 in the nation by USA Today and MaxPreps.com.

Kearney entered the game as the No. 35 in the MaxPreps poll.

The quarterfinal was a battle of two one-loss teams.

The road got no easier for the Bulldogs however. Waiting for Kearney in the state semifinals was 19-2-3 Rockwood Summit.

The soon-to-be state champions bested Kearney 2-0. This was Kearney’s first loss and scoreless game since falling to Blue Springs in late March.

Kearney rebounded, however, and finished the season with a win over Union.

Experience will benefit the Bulldogs in 2019 as the roster consists of five seniors and six juniors.

Highlighted in the mix is junior Caroline Kelly.

Kelly left her mark on the state quarterfinal and third-place games as she contributed the first and third goals in the third-place contest for the Bulldogs and had the lone goal against Sion to get the team to the Final Four.

After an early Union goal in the state third-place game, Behney had several point-blank saves in the game’s final 40 minutes to keep the Ladycats at bay.

Managing Editor of Digital Publishing Derek Brizendine can be reached by emailing derek.brizendine@dsjnow.com.