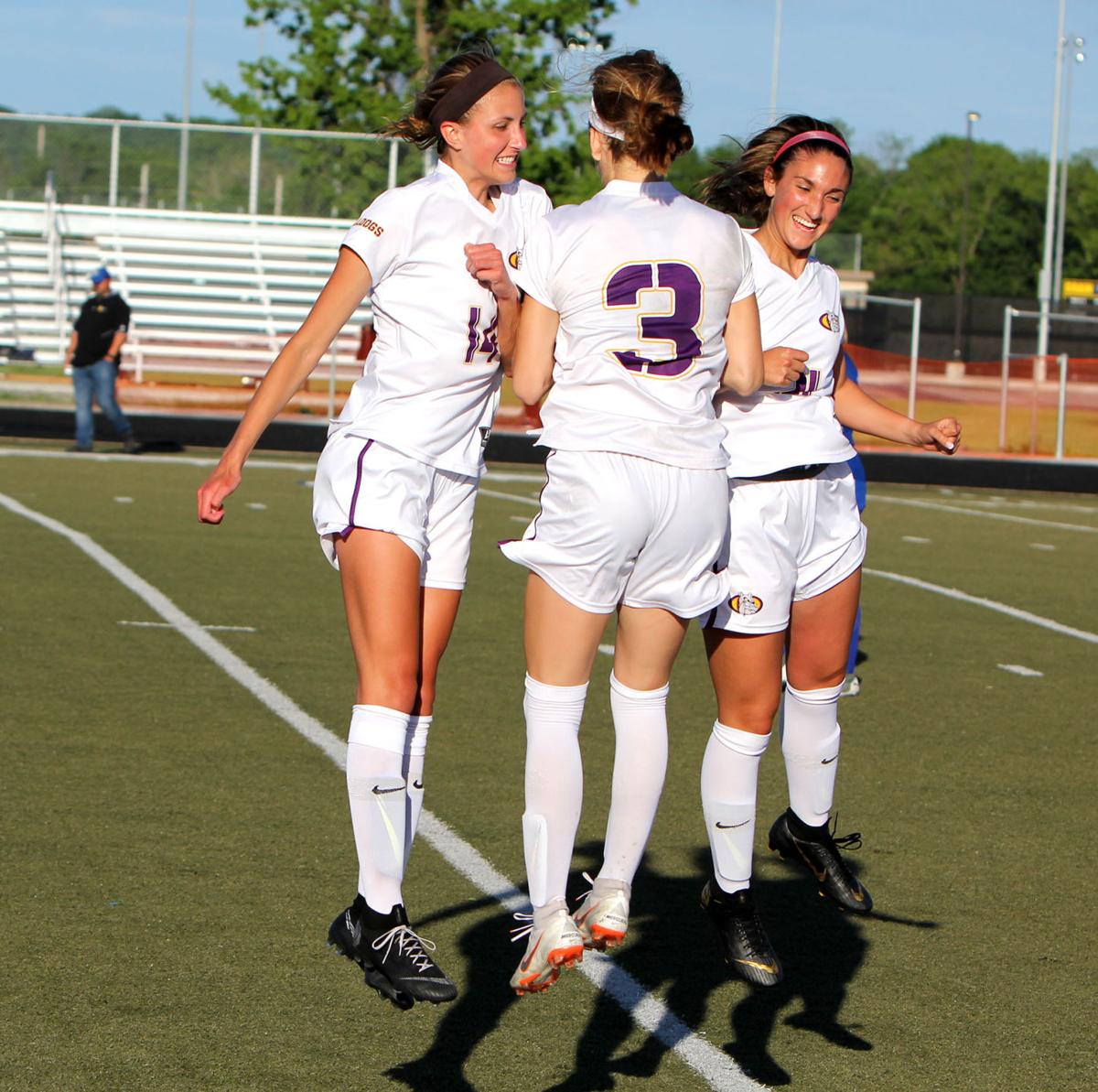 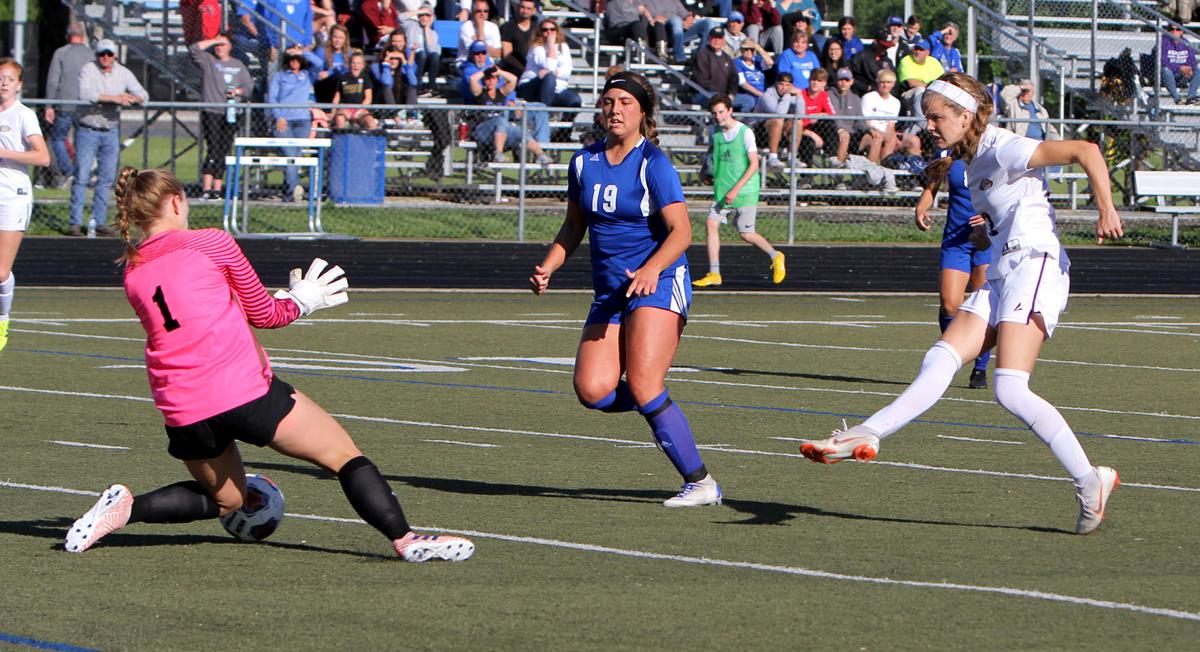 GRAIN VALLEY — Three was the magic number for Kearney soccer on Tuesday, May 21, as it topped Grain Valley 4-0 in Class 3 sectional round.

“Putting three in the back of the net just boosts our entire team,” Kearney coach Amanda Hopkins said on Kelly’s three-goal performance.

“That was a really good win,” Hopkins said. “When you win 4-0 in the sectional round, it is good.”

Heavy rain fell most of the day on Tuesday before the skies cleared about 4:45 p.m.

The game was slated to begin at 5 p.m. but was delayed by 15 minutes.

Kearney was unphased by the alteration.

“I had to mentally prepare the girls because we went to Platte County not too long ago and they did not think they were going to play and then we did play and came out flat and losing and came back to beat them,” Hopkins said. “I mentally prepared them yesterday, like come out and play no matter what the weather is like.”

Kearney gave Grain Valley little time to get a grip on the game launching three shots in the first five minutes.

While none were on goal, each one came closer and closer to being on frame.

Kearney tested its luck from distance throughout the contest.

The aggressive nature of Kearney’s offense paid off in the 23rd minute as Kelly took a foul from just beyond 30 yards from goal.

The junior’s strike drove Grain Valley goalie Raegan Beeding back into her own net as the ball dipped from the air the further it traveled.

By the time the goalie had a gauge on the ball it had already found its way under the crossbar to put Kearney up 1-0.

The following two Kelly goals were from withing the penalty area.

Kelly bested Beeding in 37th and 46th minute to put Kearney out ahead 3-0.

“She (Kelly) stepped up big and I told her how mature she played,” Hopkins said. “She can set the tone for our team. She has that ability and that leadership.”

Mia Adkins was the only other goal scorer in the game.

She put her name in the scoring column in the 65th minute.

“We won every ball, we played to feet, we kept possession, and if you can keep possession, you are going to win,” Hopkins said.

Now that a night of threes is behind it, another No. 3 faces Kearney.

No. 3 — The number of games that stands between Kearney and a state title.

Looking to keep Kearney from a return trip to the state semifinals is 14-5-1 Notre Dame de Sion.

Notre Dame de Sion defeated Bolivar 5-0 on Tuesday to set up the quarterfinal rematch with Kearney.

“Both teams (Bolivar and de Sion) look good, but as I have told the girls this year, they have the talent and the ability, if they just set their mind to it they have it in their hands,” Hopkins said.

Kearney and Notre Dame de Sion will play on Saturday, May 25.

The time and location for the game have not yet been announced.

Managing Editor of Digital Publishing Derek Brizendine can be reached by emailing derek.brizendine@dsjnow.com, by calling (660) 747-8123 or on Twitter at @DerekBrizendine.