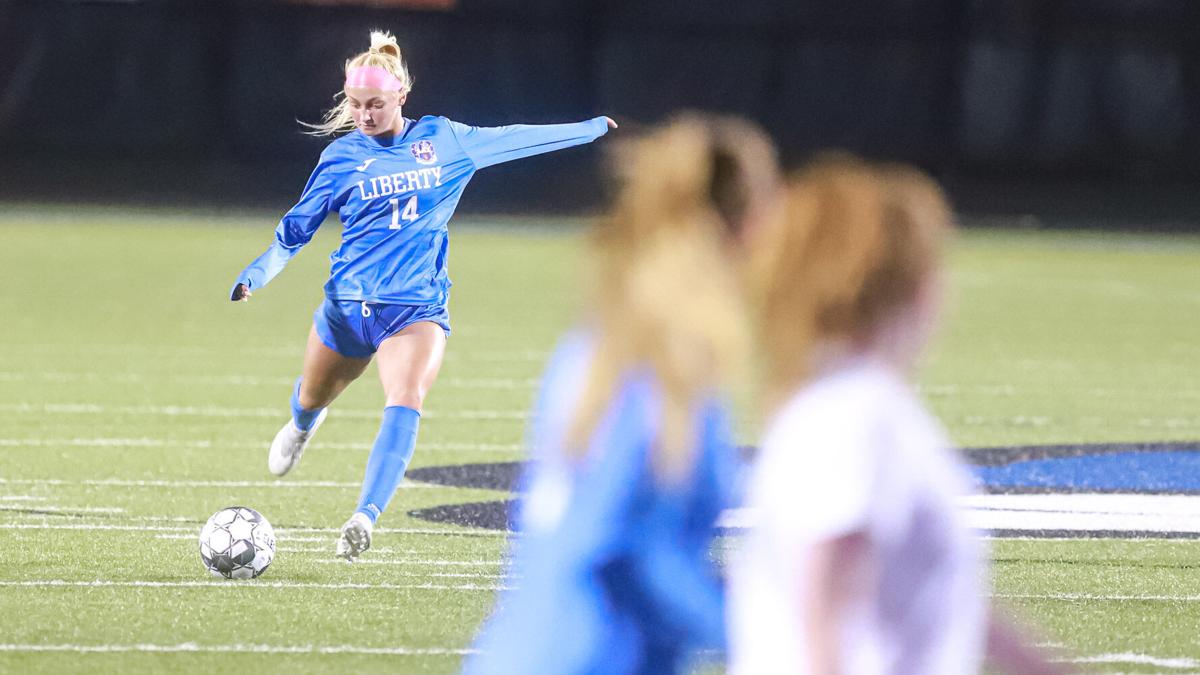 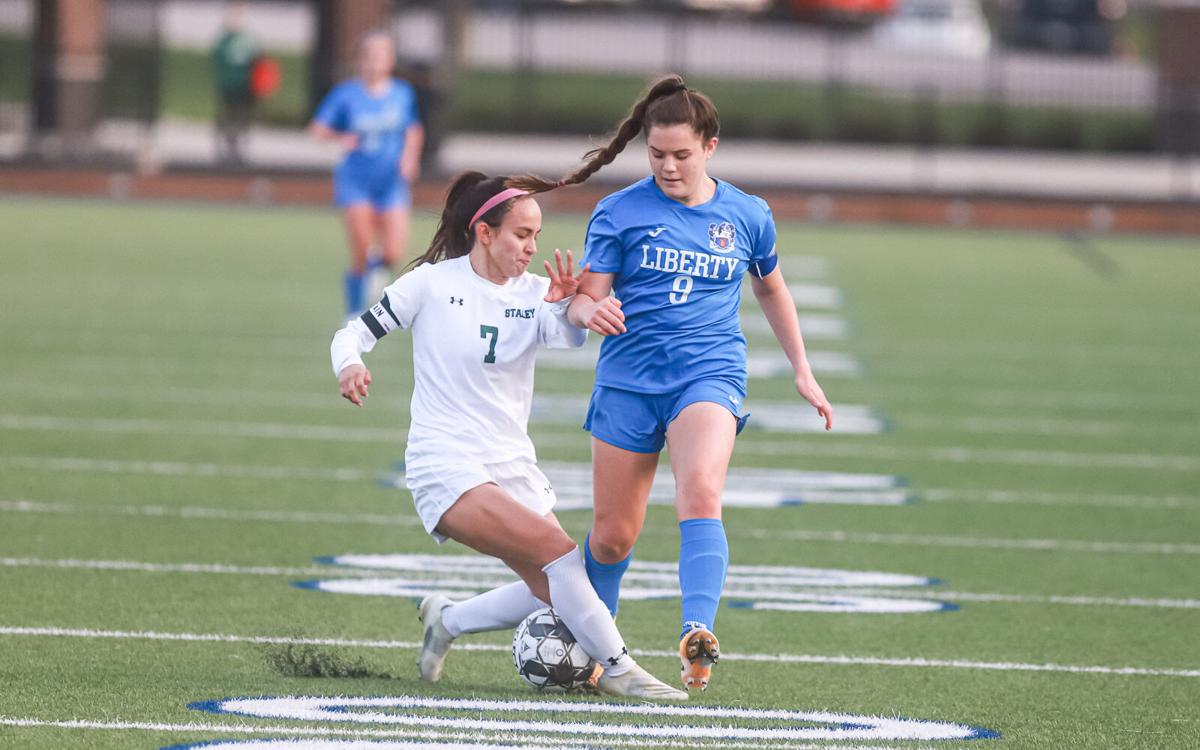 Liberty got the scoring started against the Falcons before Staley rallied back with two straight goals. The Blue Jays played aggressive in the second half but never really got near the goal. Lucky for them, Jericho Frigon proved to be highly successful shooting from distance.

Frigon tied the game with a 40+plus yard boot from the left sideline that she delivered precisely below the crossbar and above the goalkeeper’s outstretched hands. She followed that up by hitting the game-winner from nearly the same spot, but on the right side of the field.

The Blue Jays had a harder time against a one-loss Titans team. Lee’s Summit rolled to a 4-0 lead.