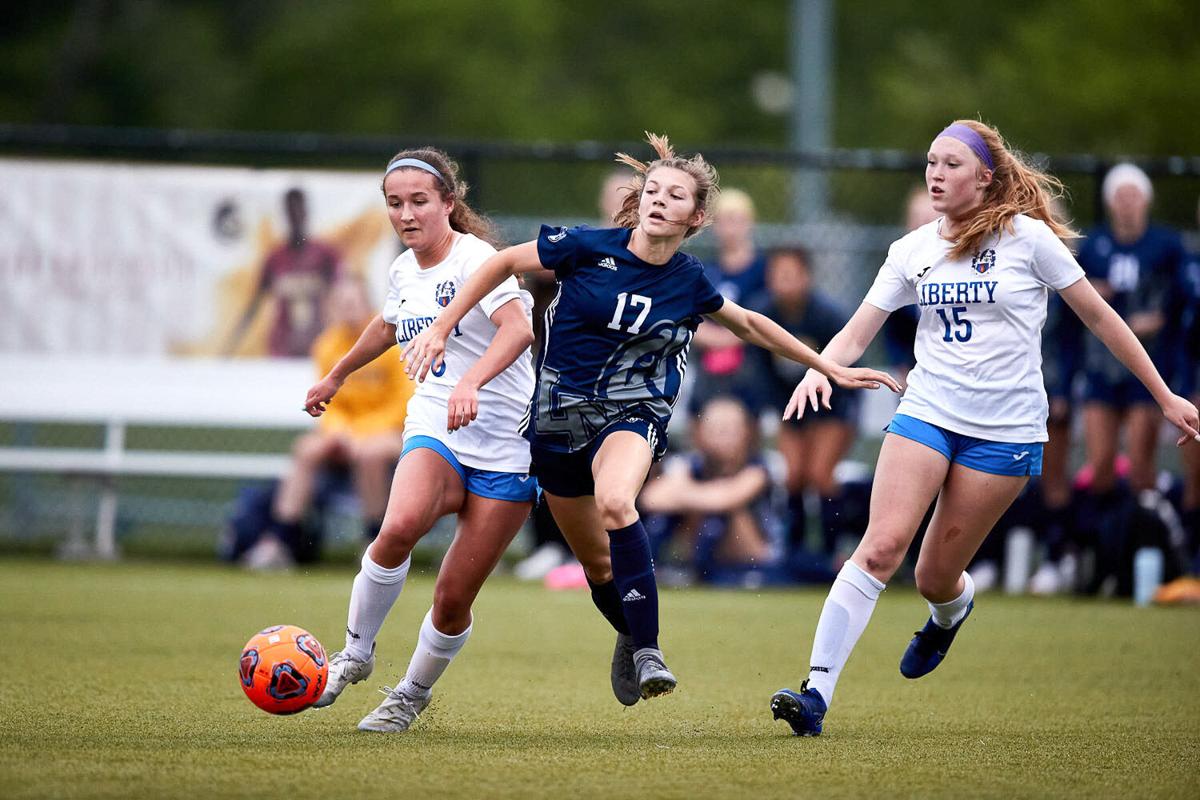 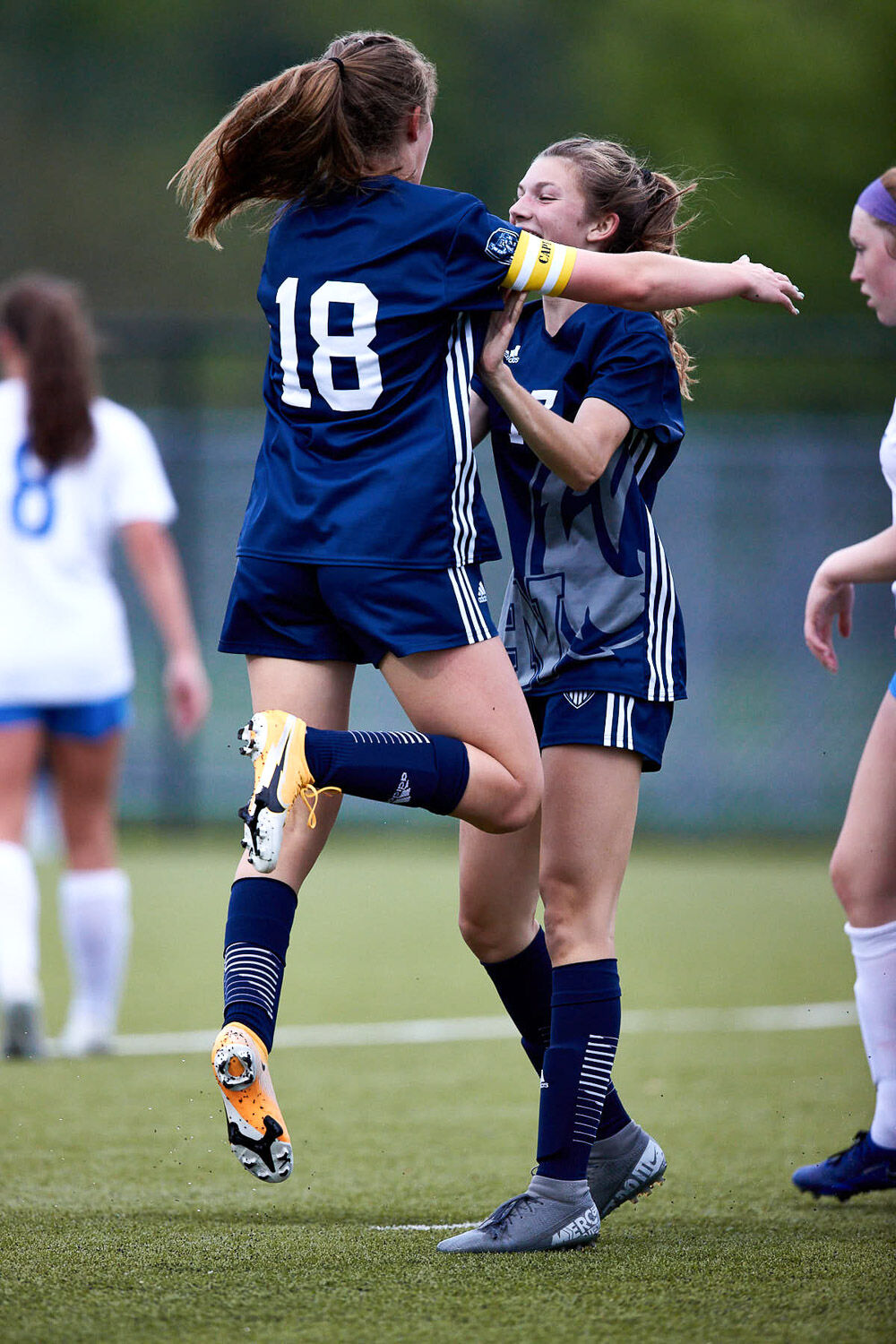 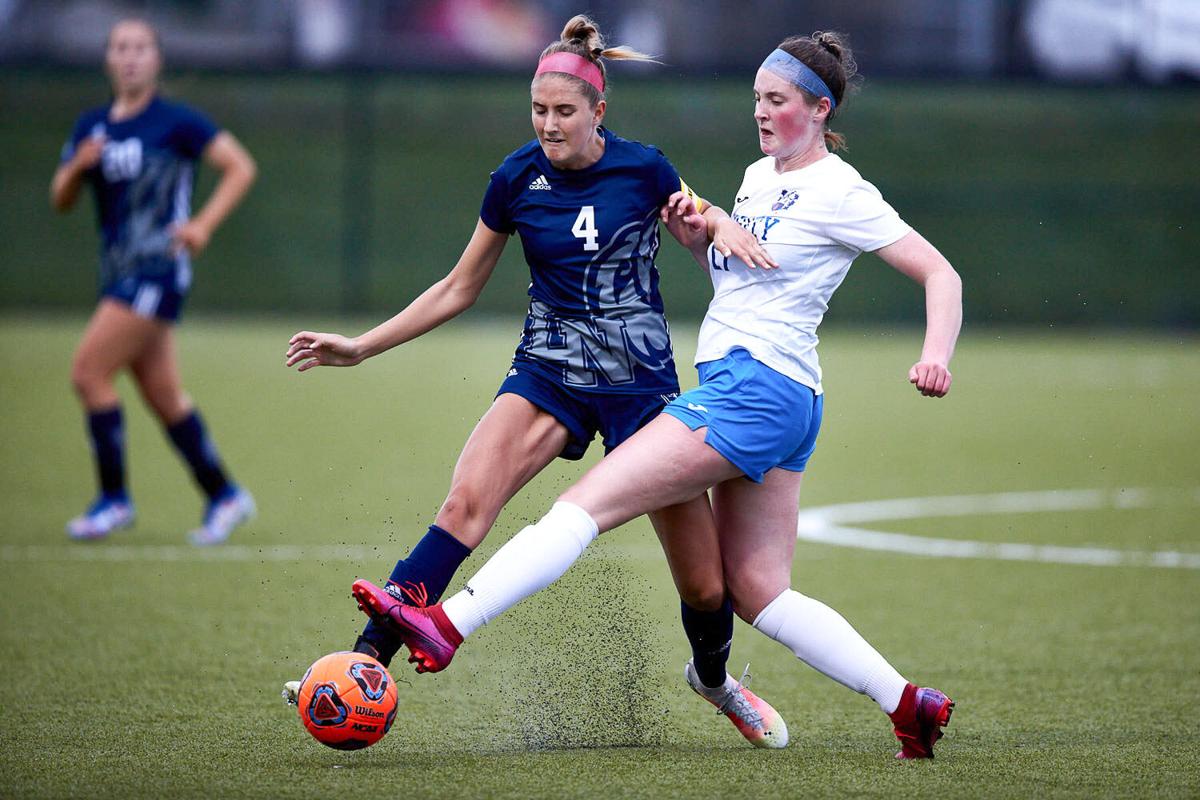 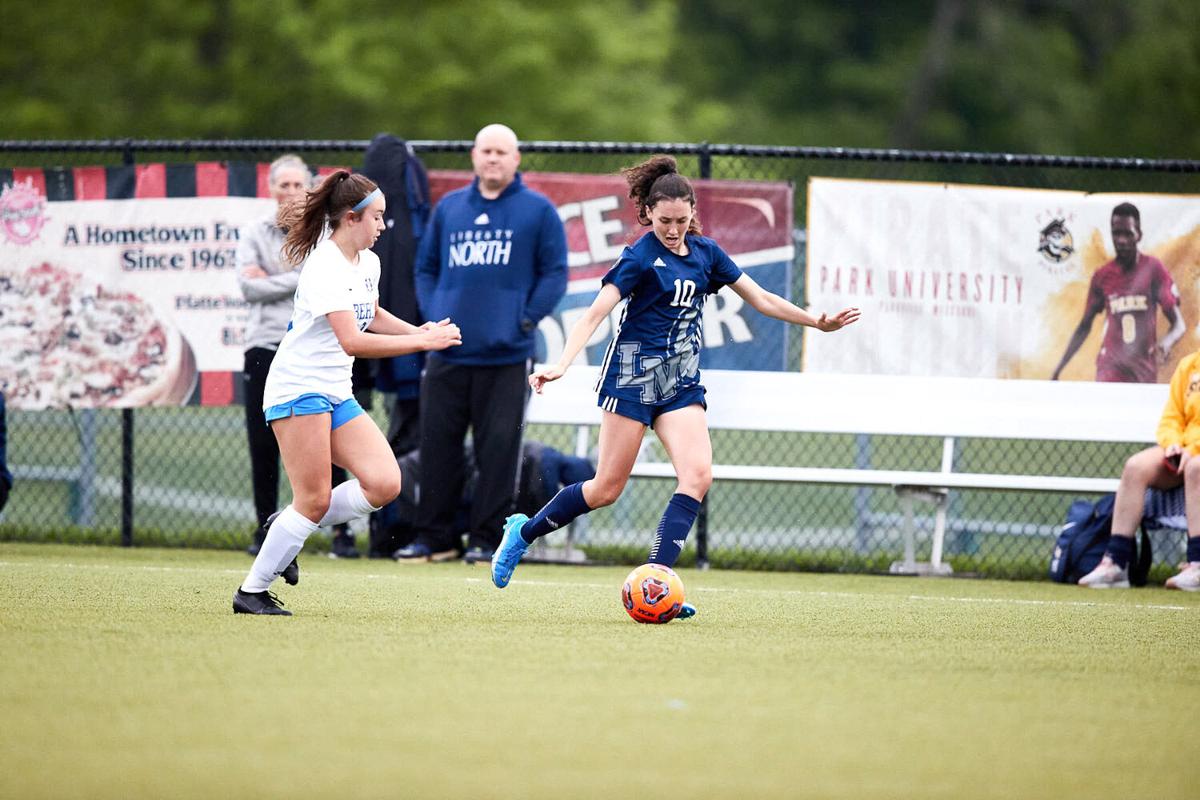 LIBERTY — Liberty North girls soccer took the rubber match against crosstown rival Liberty with a win in the district semis.

The Jays kept the Eagles off the board until almost midway through the first half when sophomore Megan Hinnenkamp split two defenders to find her sister Lauren Hinnenkamp on the run to the goal. The elder Hinnenkamp perfectly placed the shot around Liberty senior goalkeeper Ashton Maloney.

Liberty North gained some room to breathe when senior Julia Johnson deflected a corner kick into the net. The Eagles did not let up as Megan Hinnenkamp joined her sister by scoring a goal of her own, going from 1-0 to 3-0 in a matter of minutes.

Liberty was unable to break through and frustrations started to boil over as senior Maya Gaona got ejected from the game following a second yellow card. Jays head coach Tyler Nash also received a yellow card for his reaction to the call.

With Liberty down a player, the Eagles ended up adding a goal from senior Reese McCune in the final two minutes.

The Eagles earned their second straight blowout win against another team ranked top 15 in the Missouri High School Coaches Association rankings. Liberty North beat Lee’s Summit West 3-0 in the regular-season finale to earn a share of the Suburban Gold conference title with the Titans. Lee’s Summit West ranked ninth in the final regular-season poll while Liberty North was 11th and Liberty was 15th.

Both Liberty teams entered the matchup on six-game win streaks. The two teams split the regular season matchup with Liberty North winning 2-1 on March 29 and Liberty winning 2-1 in double overtime on April 20.

Liberty North (15-3) faced Park Hill South in the Missouri Class 4 District 15 final 6 p.m. Wednesday, May 19 at Park Hill South. The Panthers enter the game with a 7-game win streak to match the Eagles and are averaging 4.8 goals per game compared to 2.8 for the Eagles. The final score was not available at Courier-Tribune press time.