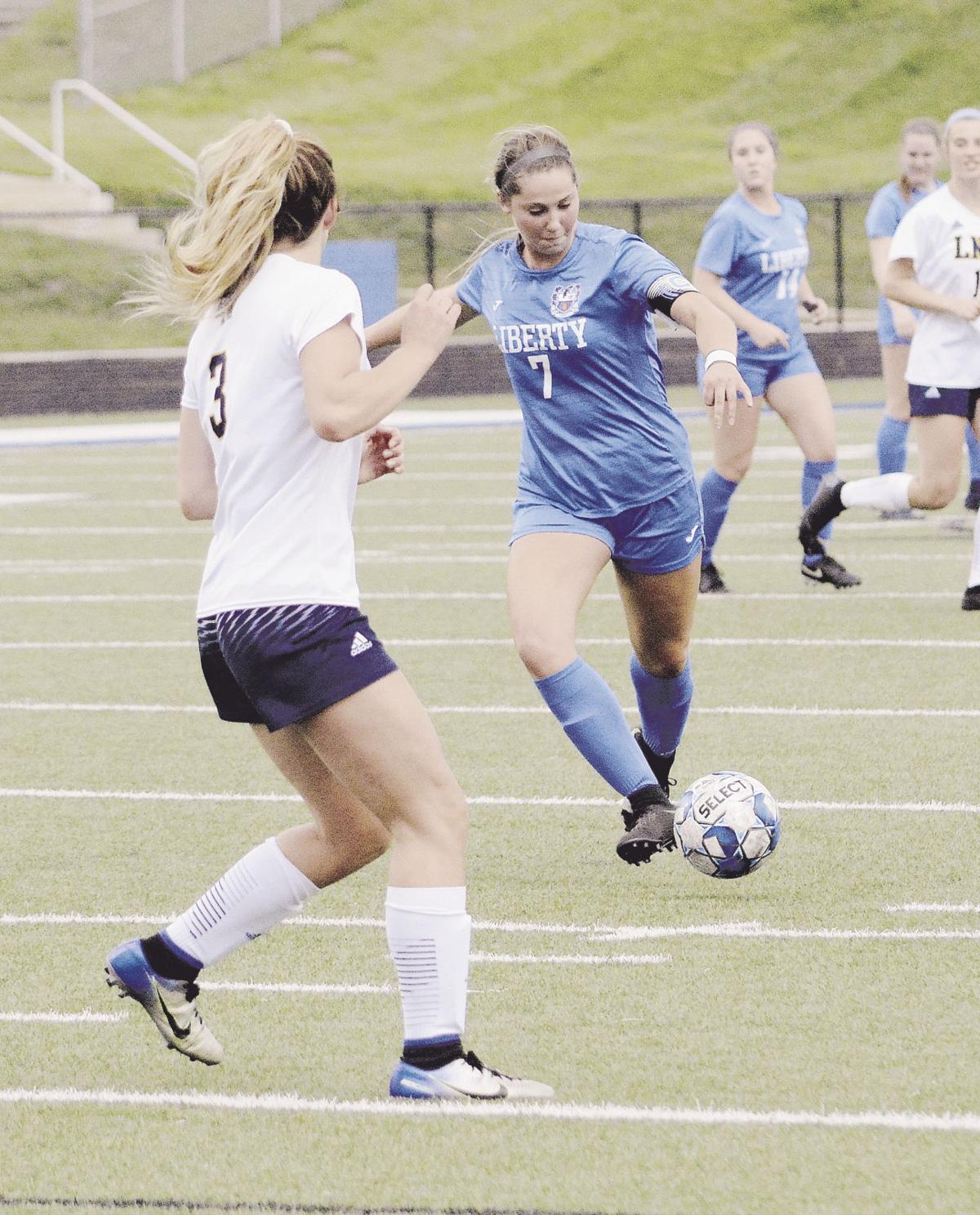 Senior Shae Turner gets set to fire a shot on goal in the first half of the Liberty vs Liberty North soccer game Monday,May 6. Turner scored the only goal of the 1-0 victory for the Blue Jays. 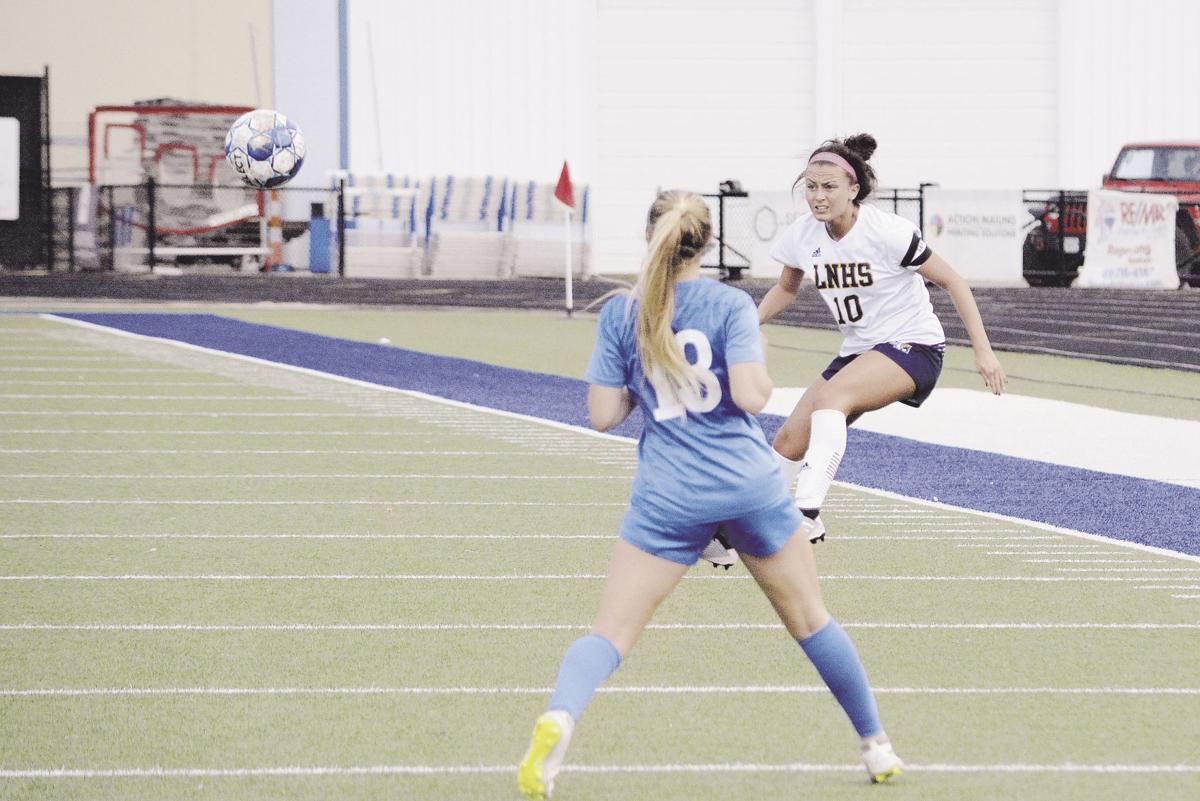 Senior Bailee Newcomer sends a pass over the middle during Liberty North’s 1-0 loss to Liberty Monday, May 6.

Senior Shae Turner gets set to fire a shot on goal in the first half of the Liberty vs Liberty North soccer game Monday,May 6. Turner scored the only goal of the 1-0 victory for the Blue Jays.

Senior Bailee Newcomer sends a pass over the middle during Liberty North’s 1-0 loss to Liberty Monday, May 6.

LIBERTY — In the final matchup of the regular season between the cross-town rivals, the Blue Jays girls’ soccer team held on to a 1-0 victory over the Eagles Monday, May 6.

The lone score came from senior Shae Turner from roughly 20 yards out. The strike was well placed in the top right corner of the net and Eagle goalkeeper senior Hallie Hicks was unable to reach the shot.

Aside from the one goal, the game was dominated by defensive play as both Liberty and Liberty North had few chances for quality shots. The majority of the Eagles’ good looks were in the early parts of both halves.

“I think our girls are slow sometimes coming out because we have so much talent that it takes us a while to get moving in the right direction,” he said. “This was one of those wake-up calls today.”

For the Eagles, it was the fifth straight game that ended in a 1-0 score and they have gone 2-3 over that stretch. All together, 11 of Liberty North’s 19 games have been single-goal games and the Eagles have a record of 6-5 in those games.

The win moves Liberty to 15-2 on the year and they are locked into the No. 1 seed for the district tournament. Liberty North falls to 11-8 and the No. 3 slot.

Both squads have a couple games remaining in the regular season before district play begins. For the Blue Jays, Nash said it was good to get the win against a tough team with a lighter schedule the rest of the way.

“This was kind of what we needed,” the coach said. “We still have to take care of business, but we knew they (Liberty North) were going to be a big opponent for conference and districts. We are just hoping to move forward in the right direction.”

The Eagles get a reprieve from the harsh stretch they’ve had, with two opponents they’ve beaten this season to end regular season play.

In the first round of the MSHSAA Class 4 District 15 tournament, Liberty will face North Kansas City Monday, May 13, and Liberty North will take on Park Hill South the same day.

Sports Writer Justin Quick can be reached at justin.quick@mycouriertribune.com or 389-6643.