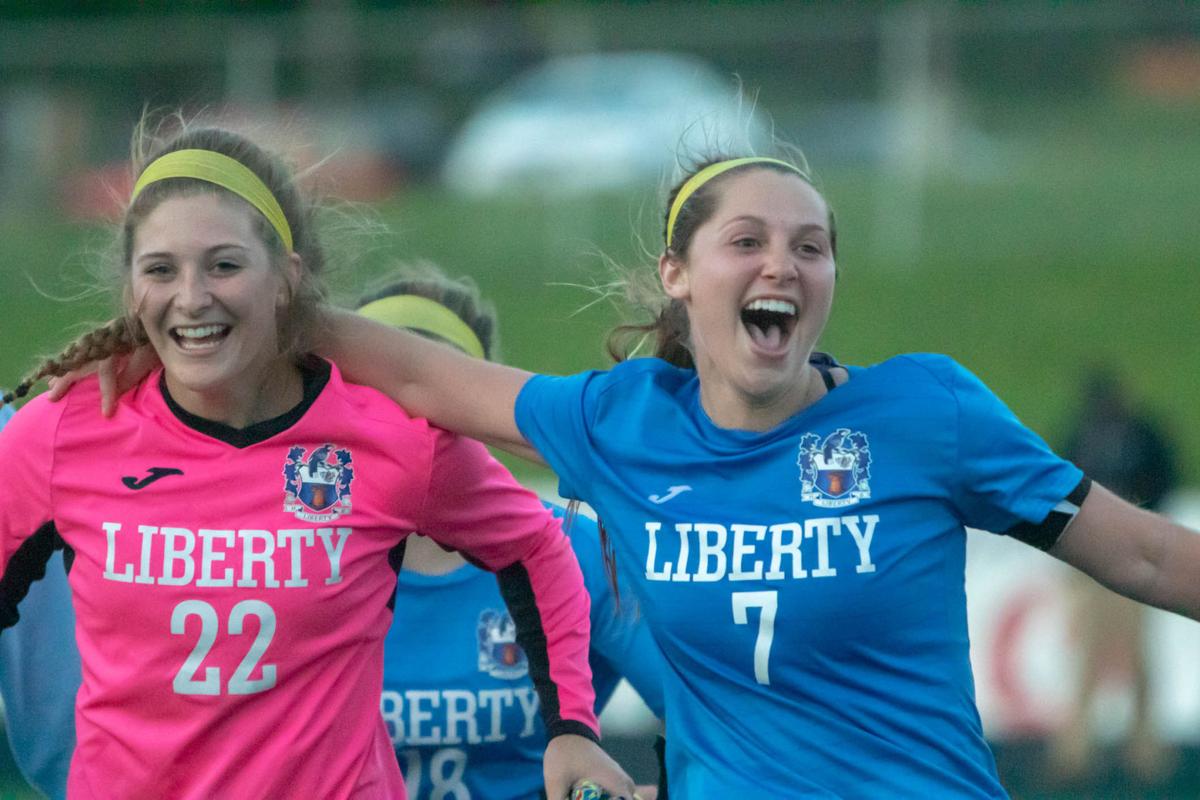 Ashton Maloney and Shae Turner are all smiles as the celebration begins for Liberty after defeating Staley 2-1 (4-3 penalty kicks) on Tuesday, May 21, at home in the state sectional round. 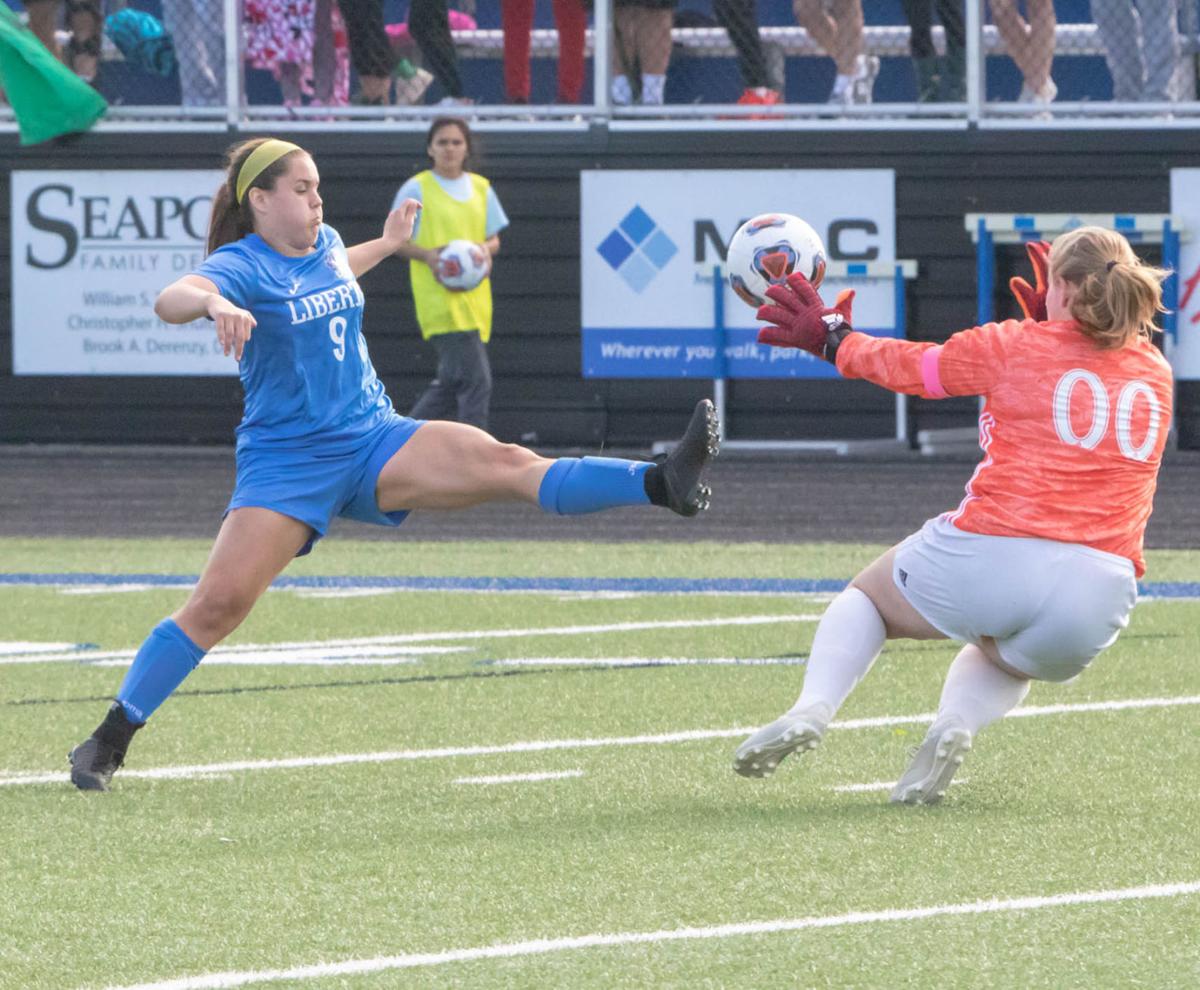 Maya Gaona challenges the Staley goalie for a ball on Tuesday, May 21.

Ashton Maloney and Shae Turner are all smiles as the celebration begins for Liberty after defeating Staley 2-1 (4-3 penalty kicks) on Tuesday, May 21, at home in the state sectional round.

Maya Gaona challenges the Staley goalie for a ball on Tuesday, May 21.

LIBERTY — 80 minutes of regulation and 30 minutes of golden goal overtime were not enough time to determine a winner between Liberty and Staley on Tuesday, May 21, in the state sectional round at Liberty High School.

It took 110 minutes of play and seven penalty kicks for Liberty to separate itself and claim a 2-1 (4-3 penalty kicks) win over the visiting squad.

“It was an unbelievable game,” Liberty coach Tyler Nash said. “It was an up-and-down emotional ride. I think they came very well prepared.”

With the score level at 1-1, Kat Torrance took Liberty’s first shot and put it in the back of the net.

“That girl, I really truly think she has ice in her veins,” Nash said.

The final three penalty kicks of the night for Liberty came off the feet of Allie Taylor, Madilyn Hamline and Jericho Frigon.

“You cannot say enough about that girl, she is an absolute competitor,” Nash said about Maloney.

Not only was a spot in the state quarterfinals on line Tuesday night, but a chance for redemption was on the line for Liberty as the Blue Jays and Falcons split the regular season series 1-1.

The split in the regular season gave both teams a share of the conference title.

The second meeting between the two teams in the regular season also featured penalty kicks. Liberty was held without a goal in the first set of penalty kicks.

This was the second year in a row that Liberty split the conference crown.

Nash said that did not sit well with his team.

He said his team had something to prove Tuesday night.

“You can’t take away their success or what they do but I think our girls were kind of like, we need to prove that we are one of the best teams in the state and wanted to make a statement,” Nash said. “They knew what was on the line.”

Things were scoreless on Tuesday until the 58th minutes when Liberty sophomore Ellie Rogers found the back of the net and put Liberty up 1-0.

Staley would not be held scoreless though.

The Falcons netted the equalizer with 9 minutes, 14 seconds left in the game.

The goal came off a Staley corner kick.

“We gave up the goal on the corner kick which has kind of been our Achilles heel right now,” Nash said.

The 1-1 score stood through the remainder of regulation and overtime.

“Our girls set such a high bar for themselves that it is easy to get out of sync a little bit when things don’t go quite the way we think they are going to,” Nash said. “But I think our girls continued to press forward and show a lot of resiliency.”

Liberty opened the first overtime period on the attack.

Liberty had its chances in the first overtime but could not convert.

Up next for Liberty in the state quarterfinals is Lee’s Summit North (8-12).

The teams were scheduled to play during the regular season but both the initial game and the rescheduled games were canceled.

Managing Editor of Digital Publishing Derek Brizendine can be reached by emailing derek.brizendine@dsjnow.com, by calling (660) 747-8123 or on Twitter at @DerekBrizendine.