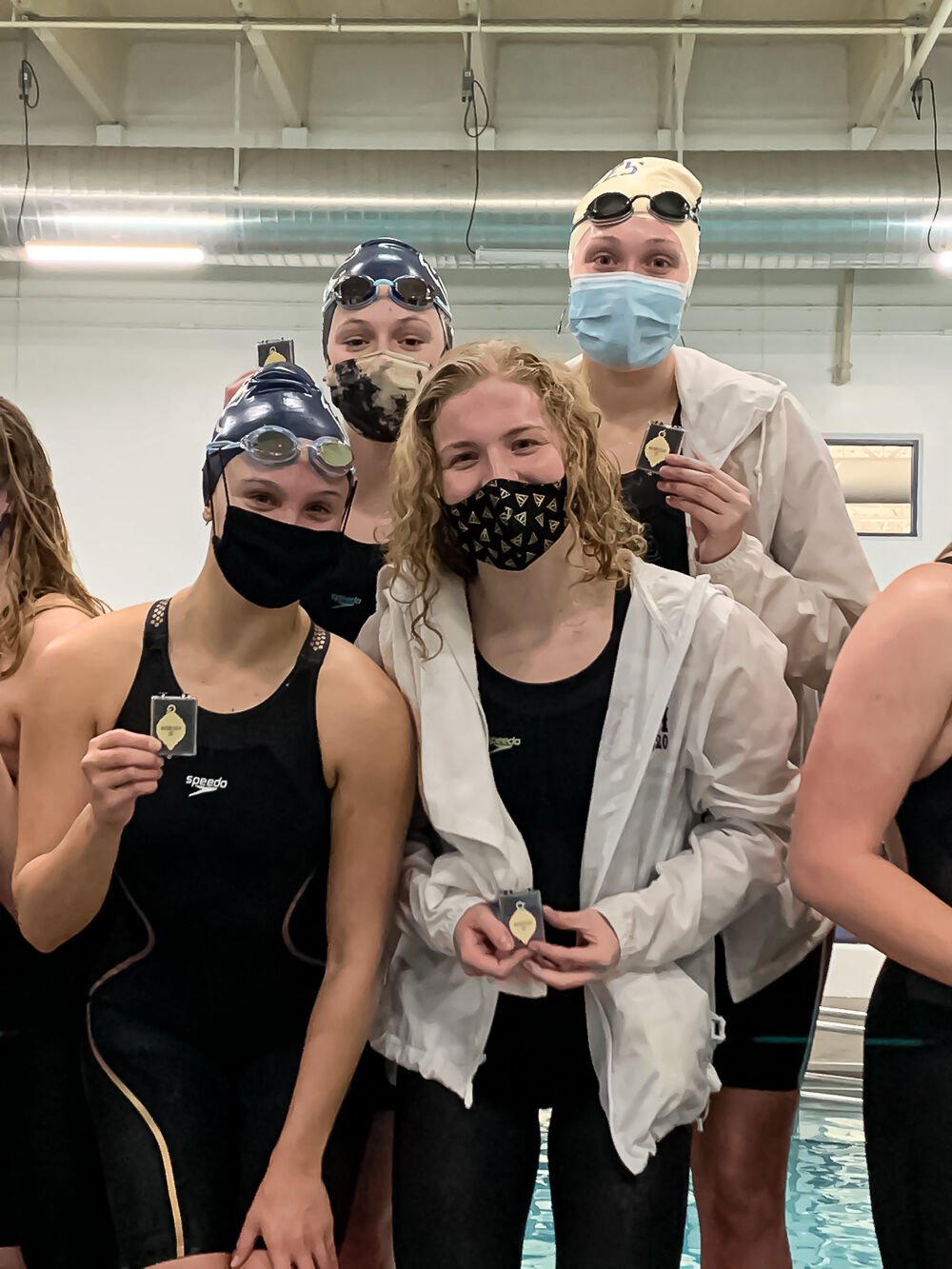 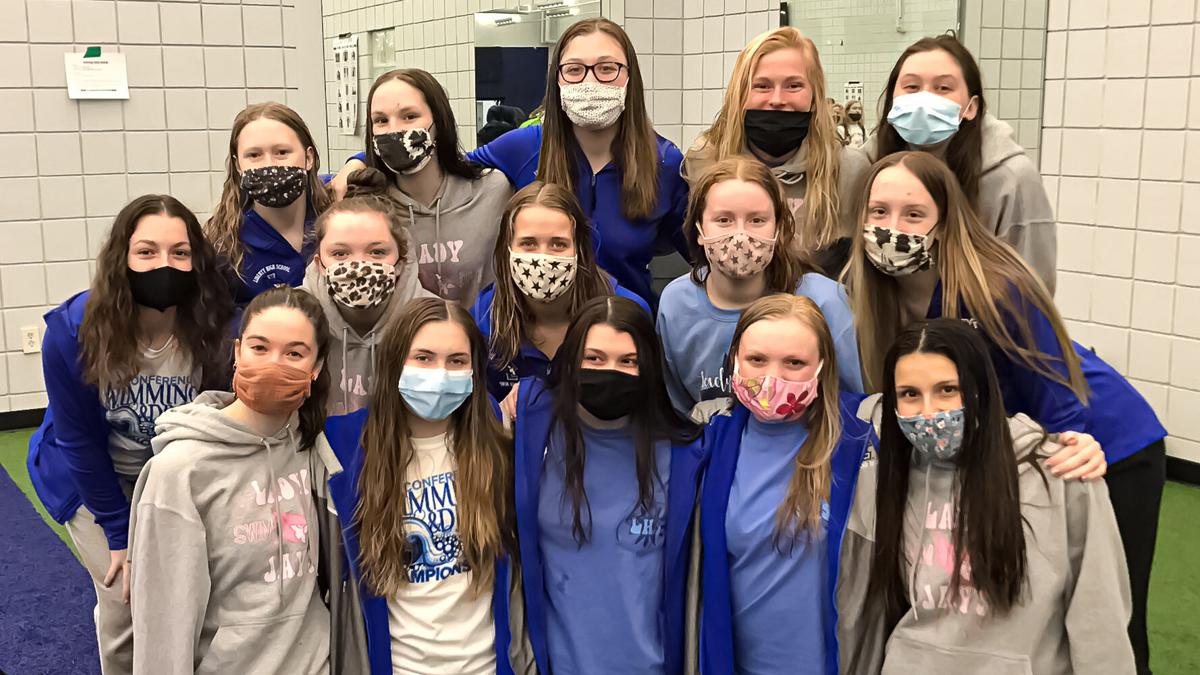 LIBERTY — Both Liberty North and Liberty girls swim teams have already made waves during their first year in the biggest enrollment division of the Greater Kansas City Suburban Conference.

Liberty North girls swimming led the Suburban Gold Conference meet heading into the latter stages of the event before Lee’s Summit West stormed back to take the top spot.

The Eagles finished second with a 376 points to the Titans’ 384 despite winning the final two relay events. Lee’s Summit West rallied thanks to seven point earners in the final two individual events and a win in the 100-yard backstroke Liberty North had three scoring swimmers in those races, which marked a 45-point swing.

Liberty North still walked away with an extensive amount of medals and all-conference honors.

Dillon broke the conference record in both of her individual events. She won the 50 free with a time of 23.70 and finished the 100 free in first with a time of 52.03.

Reese True, Kailey Nichols and Kiersten Glass and Steinbeck got things started for the Eagles by finishing the 200 medley relay with their fastest time and narrowly missed the top four with their fifth-place finish.

Gracie Dixson found herself in a similar spot in the one-meter diving event as her score of 386.60 put her seven to eight points behind the competitors in third and fourth place.

Liberty girls swim once again found itself chasing behind Liberty North as the Blue Jays finished third with 325 points.

Just as Dillon stood out on a star-studded Eagles group of swimmers, Ellie Hartwig did the same for the Blue Jays.

The 200 medley relay and 200 free relay teams both earned third-place medals while the 400 free relay landed in sixth.

Both teams will gear up for the Missouri State High School Activities Association Girls Swimming and Diving Championship with Class 2 set to compete on Feb. 19 at City of St. Peters Rec-Plex in St. Peters.