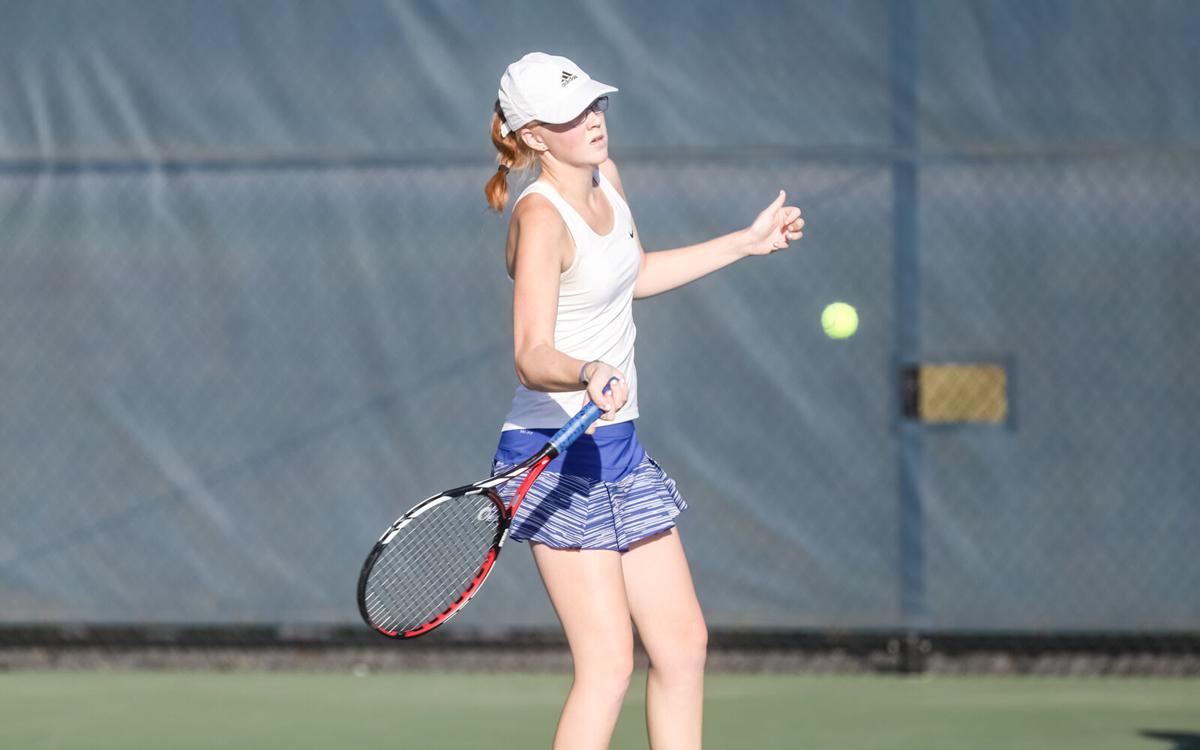 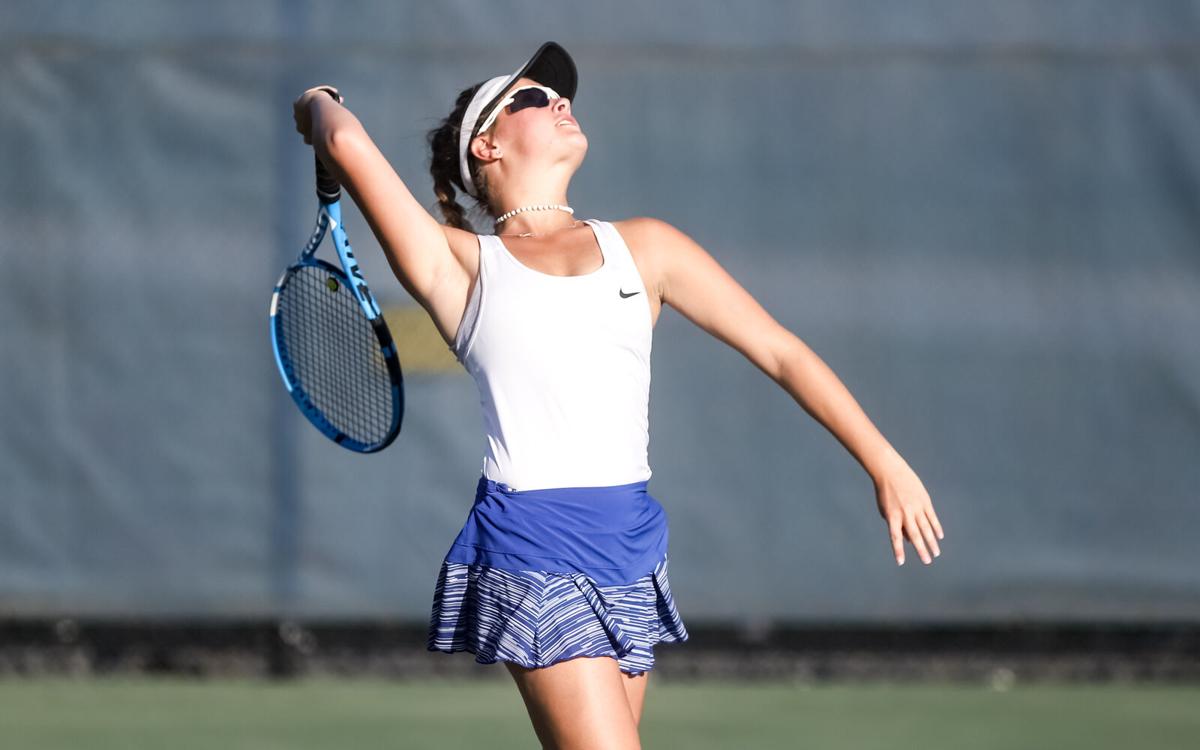 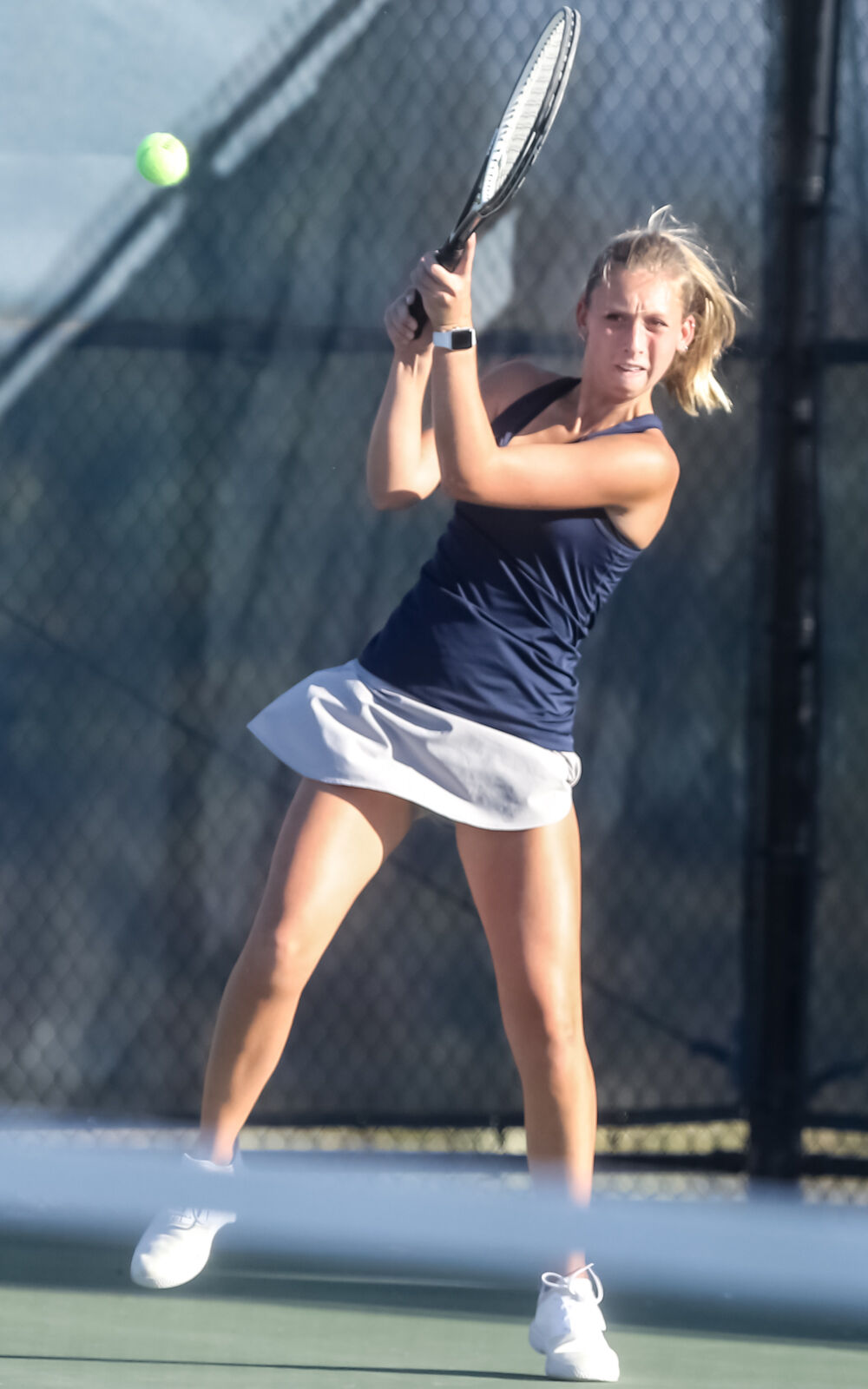 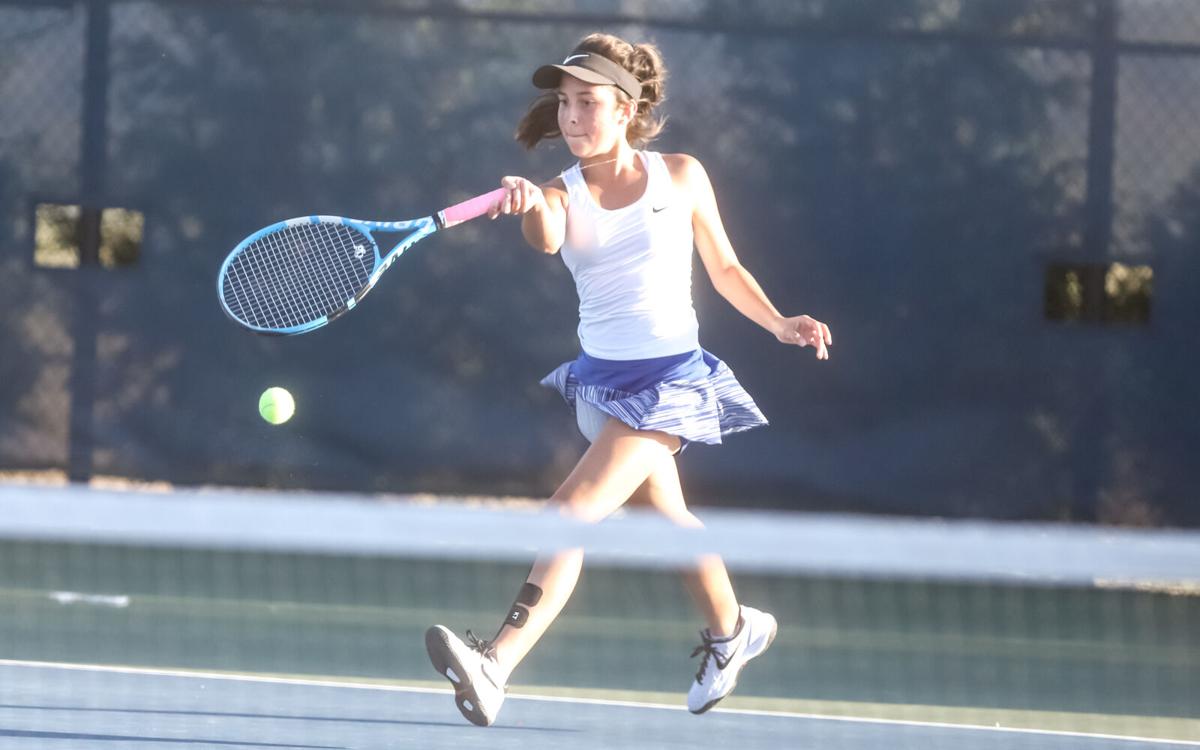 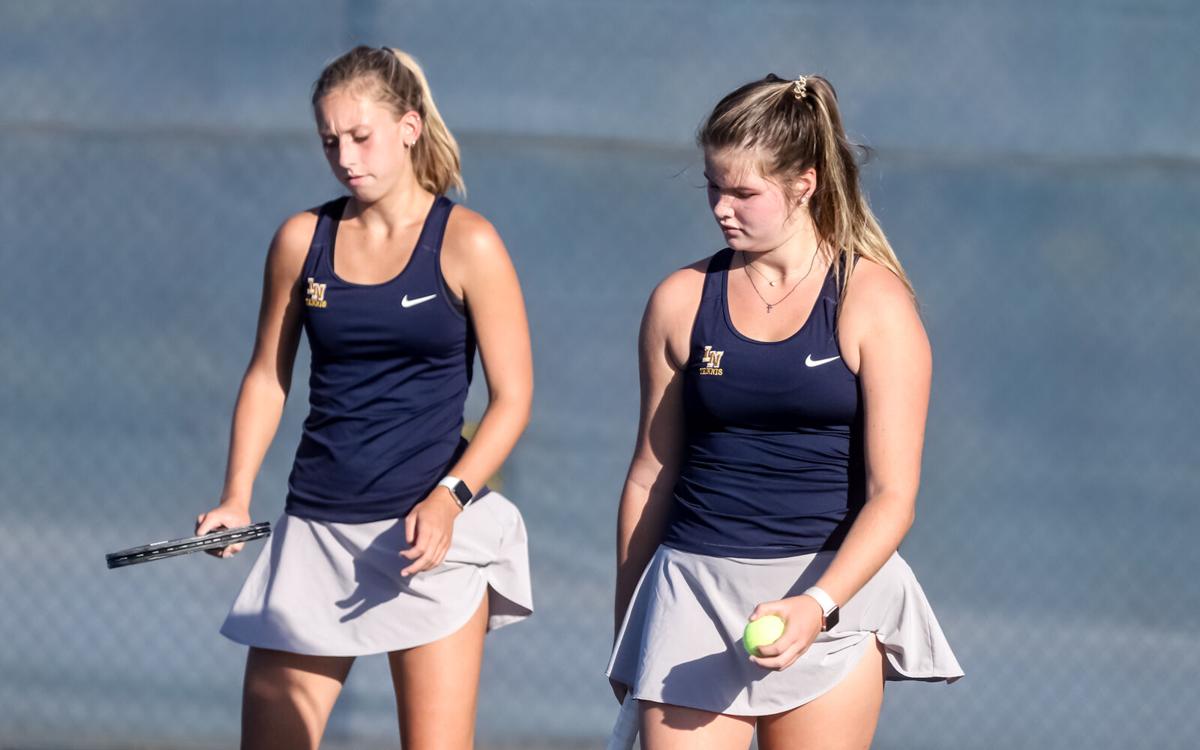 LIBERTY — Liberty tennis entered the second round of the Class 3 District 8 with the Blue Jays asking themselves an unfamiliar question: could they even the score with crosstown rival Liberty North?

The question had never been asked before because until the Eagles 5-4 victory on Sept. 21, Liberty had never lost a dual in that matchup.

The Blue Jays avoided their first losing streak against Liberty North by winning 5-1 on Tuesday, Oct. 6 to advance to the district finals.

Liberty swept the doubles action before Melina Thomas and Carly Loomis clinched the match for the Blue Jays with wins in singles. Allison Thompson was the lone Eagle to pick up a victory. Liberty’s Grace Ford lost via forfeit after suffering an ankle injury in the middle of their match.

Thomas and Rowan Jensen won their doubles match 8-2 but Thomas had a harder time starting her singles match against Chloe Bentley. The Eagles senior took a 3-1 lead, forcing Thomas to alter her strategy to get back in the set.

The victory was possible thanks to the advantage in doubles, but the top duos battled long past the Blue Jays first two wins. Liberty senior Rebecca Floray and sophomore Claire Hamilton traded games with Liberty North senior Lily Reeder and sophomore Georgia Carter until the Eagles duo staved off elimination with a win in the 14th game.

Floray and Hamilton held strong early in the tiebreaker to take a 5-2 lead. Still, Reeder and Carter kept fighting as the senior dominated at the net and the sophomore powered forehands crosscourt to cut the margin to 6-5.

“We kind of went through a slump,” Reeder said. “I feel like towards the end though, we were definitely playing our game. It just came down to a few shots here and there.”

Carter went for another deep shot but the ball sailed long to give the Blue Jays a commanding lead heading into singles.

“We definitely worked our butts off for it,” Carter said. “We were playing good, but they were just playing better.”

With the loss for Liberty North, Reeder and Carter will be the only Eagles left competing as the district champions in doubles will head to Missouri State High School Activities Association Girls Tennis Doubles Tournament on Thursday, Oct. 15 and Friday, Oct. 16. Locations are still to be determined.

If Liberty can defeat Park Hill on Wednesday, Oct. 7 in the district championship match, the Blue Jays will advance to the team state tournament scheduled to start Oct. 12. Floray also advanced to the singles tournament after placing second in the individuals districts event on Friday, Oct. 2.