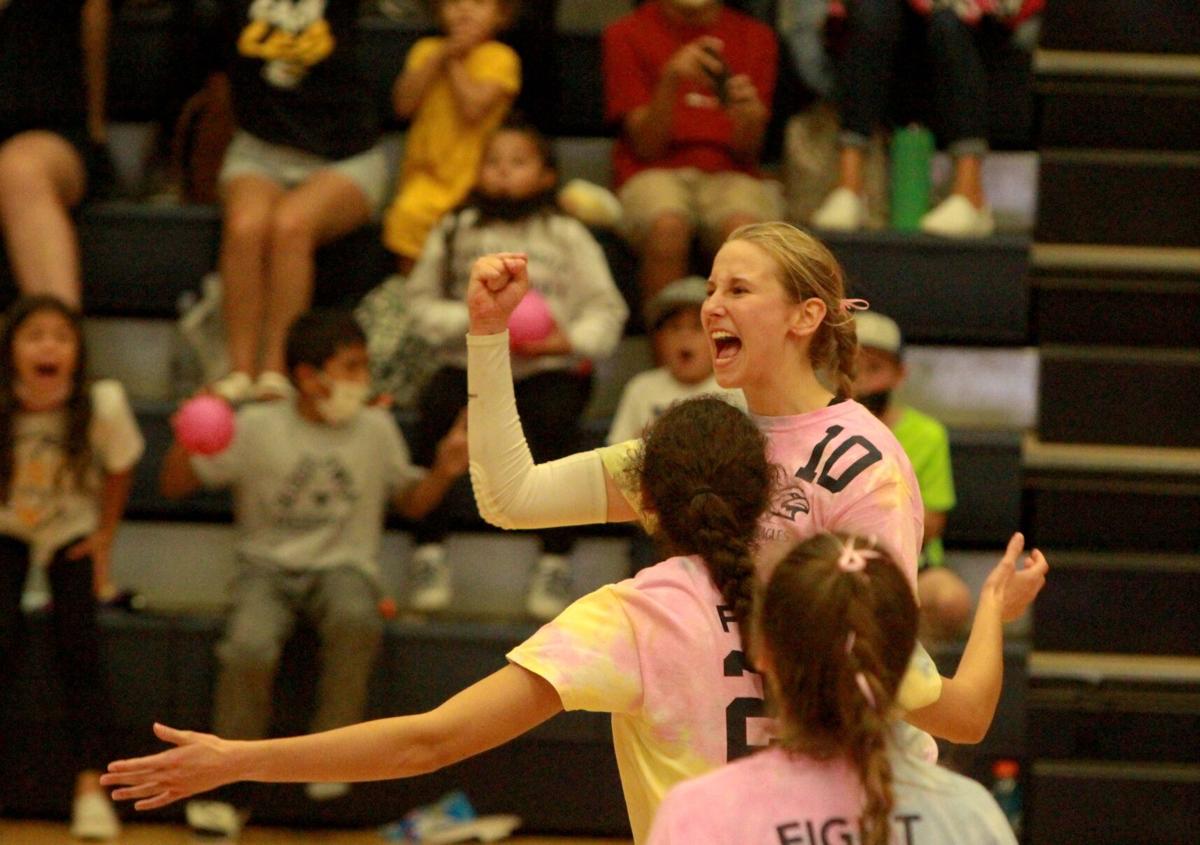 Isabel Zimmerman celebrates after recording a kill against Liberty on Thursday, Oct. 7. 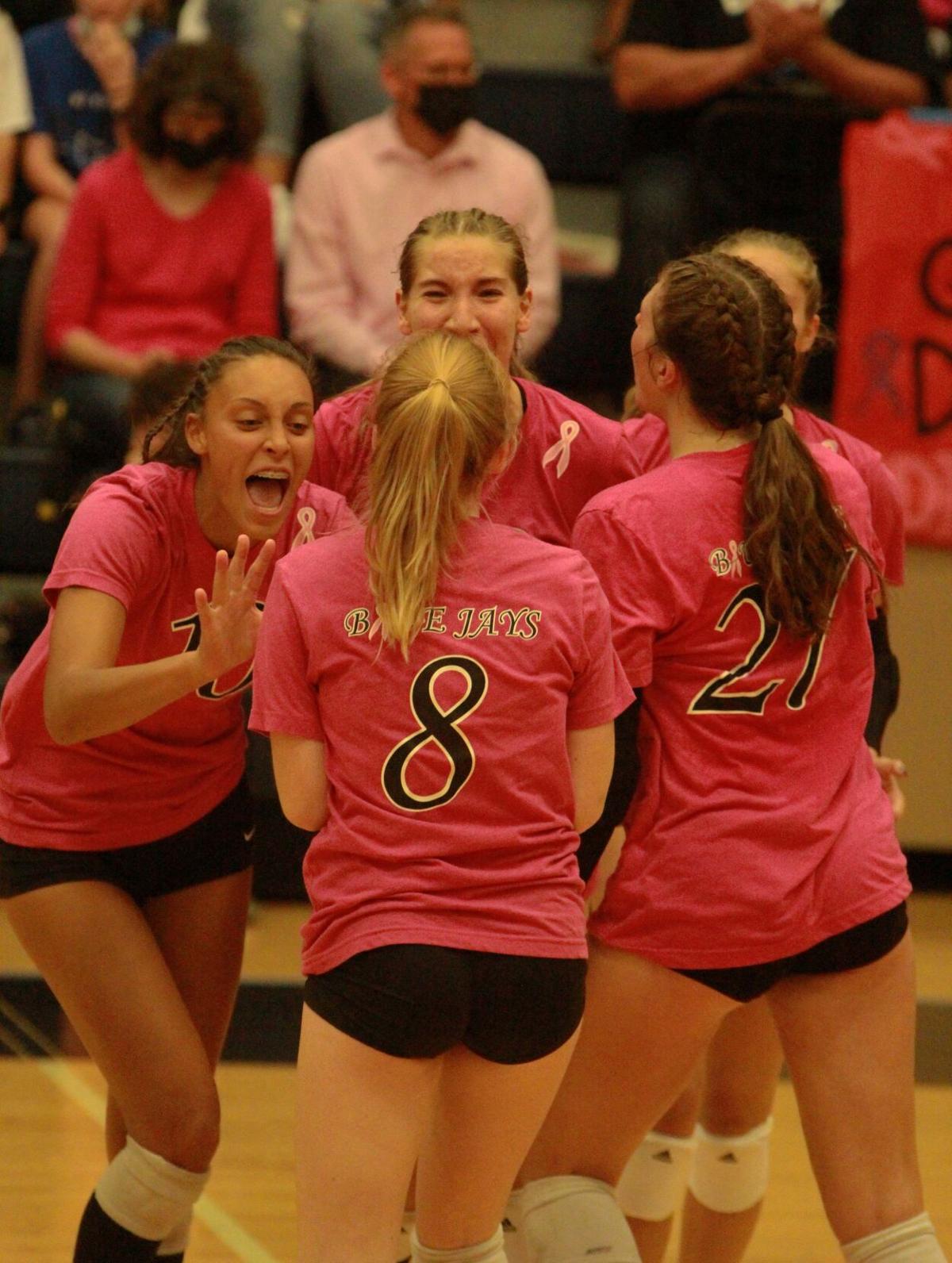 Brooklyn Young smiles after scoring a point against Liberty North on Thursday, Oct. 7. Both teams wore pink in honor of breast cancer awareness.

Isabel Zimmerman celebrates after recording a kill against Liberty on Thursday, Oct. 7.

Brooklyn Young smiles after scoring a point against Liberty North on Thursday, Oct. 7. Both teams wore pink in honor of breast cancer awareness.

LIBERTY — As the old saying goes, it’s tough to beat a good team twice. But, that’s exactly what Liberty North accomplished in their win over rival Liberty Thursday, Oct. 7.

The Eagles swept the Blue Jays by a score of 26-24, 25-14, 25-22. Each game was close, especially set one, where Liberty led for the majority of the game. Liberty North was down 20-16 when head coach Katie Dowden called a timeout. That propelled the Eagles to win the opening set.

“Our energy is built around each other,” Dowden said. “Historically, in the first set, it’s been slow going and then it’s game on.”

In set one, Addison Beagle earned her 3,000th career assist for Liberty North. A major accomplishment which she gave all the credit for to her teammates.

“I would have rather had the game win,” Beagle said. “Yes, it’s a super huge accomplishment, but that’s such a tribute to my amazing passers and my amazing hitters that are able to get those kills.”

Dowden does not downplay the importance of Beagle’s leadership to the program of Liberty North.

“From the time she has come in, she has been leading my court,” Dowden said. “She has brought all of the girls with her and made them all invest. She’s my Patrick Mahomes, she’s the playmaker, leader on our court.”

With Beagle’s leadership and skills, she helped Liberty North take it to the Blue Jays in set two through strong defensive play and passing. The Eagles closed out set one on a 14-6 run to win set two.

The Blue Jays bounced back in set three, but they ultimately fell short. Abigail Mullen shined for Liberty, though. She was everywhere in front of the net and was able to provide key kills for the visitors. The freshman looked calm and effective throughout the evening.

On a night that was much closer in person than the scoreboard showed, Dowden was impressed with one aspect her team possessed.

“Composure,” Dowden said. “We’ve gone through a ton of adversity and every time we faced it, we have come out stronger.”

If their rival paths cross again this season, the next time these two juggernaut teams will meet will be in the district tournament hosted at Liberty North starting Oct. 21.

“It’s going to be tough to beat anybody three times, and there’s a really good chance at seeing them at districts,” Dowden said.