Rebecca Wright gets into position as the ball comes near her during Liberty's victory on Tuesday, Sept. 21. 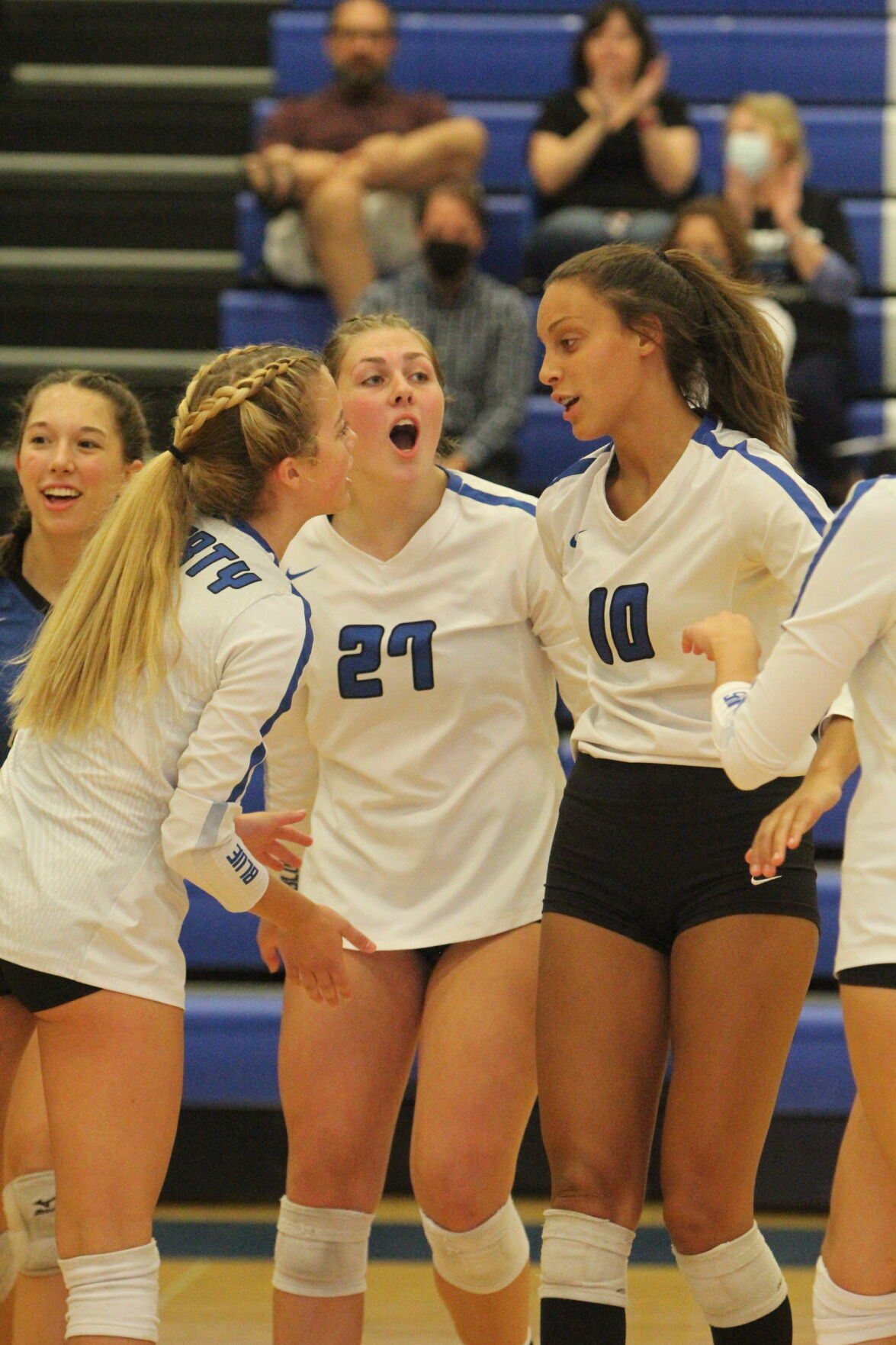 Rebecca Wright gets into position as the ball comes near her during Liberty's victory on Tuesday, Sept. 21.

Ashley Mullen served extremely well for Liberty as they jumped out to 10-1 lead in the opening set. Liberty provided strong passing and communication to get past the Jaguars which has been one of the team’s strengths this season, according to head coach April Fleming.

Madi Corf shared her appreciation toward her teammates for their hard work and ability to pass the ball well enough to create chances for her to make multiple kills during the game.

“Service was key to the game,” Corf said. “We gave all that we could and it was amazing.”

Liberty followed their victory against the Jaguars with a win against Lee’s Summit North on Wednesday night. Liberty's next game will be on the road against Kearney on Monday night.