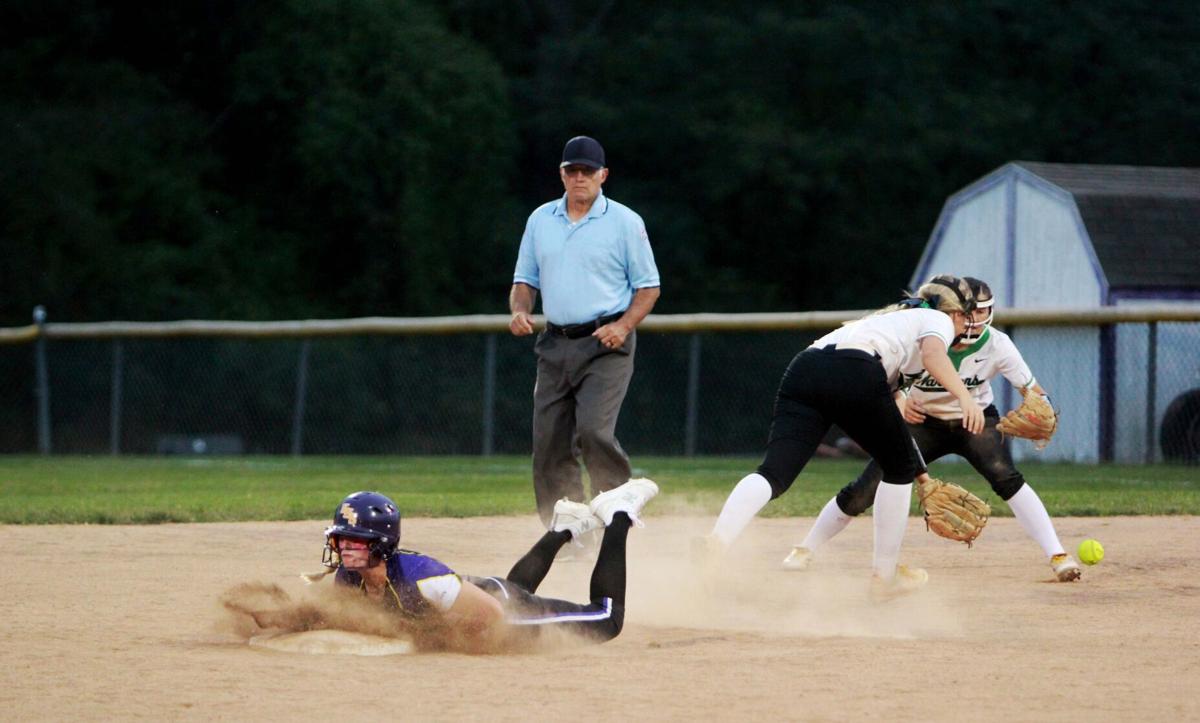 Kearney’s Elysia Hand slides into second base against Smithville on Tuesday, Oct. 5. 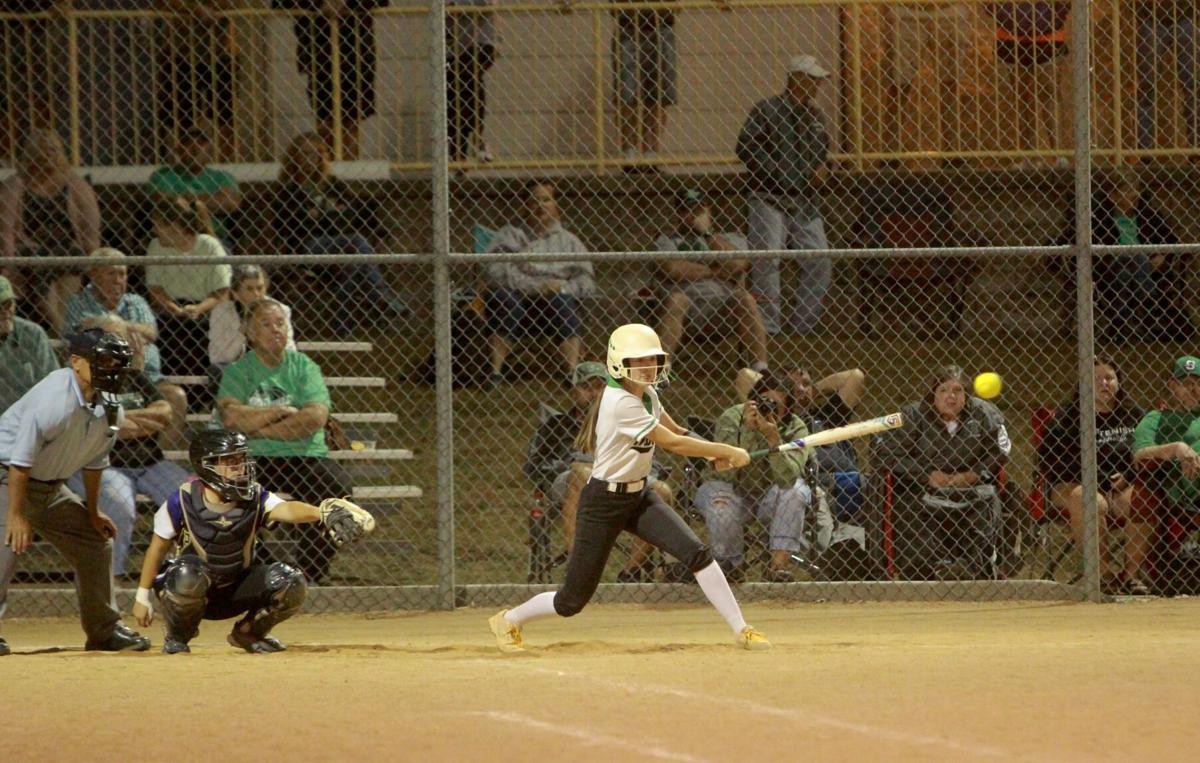 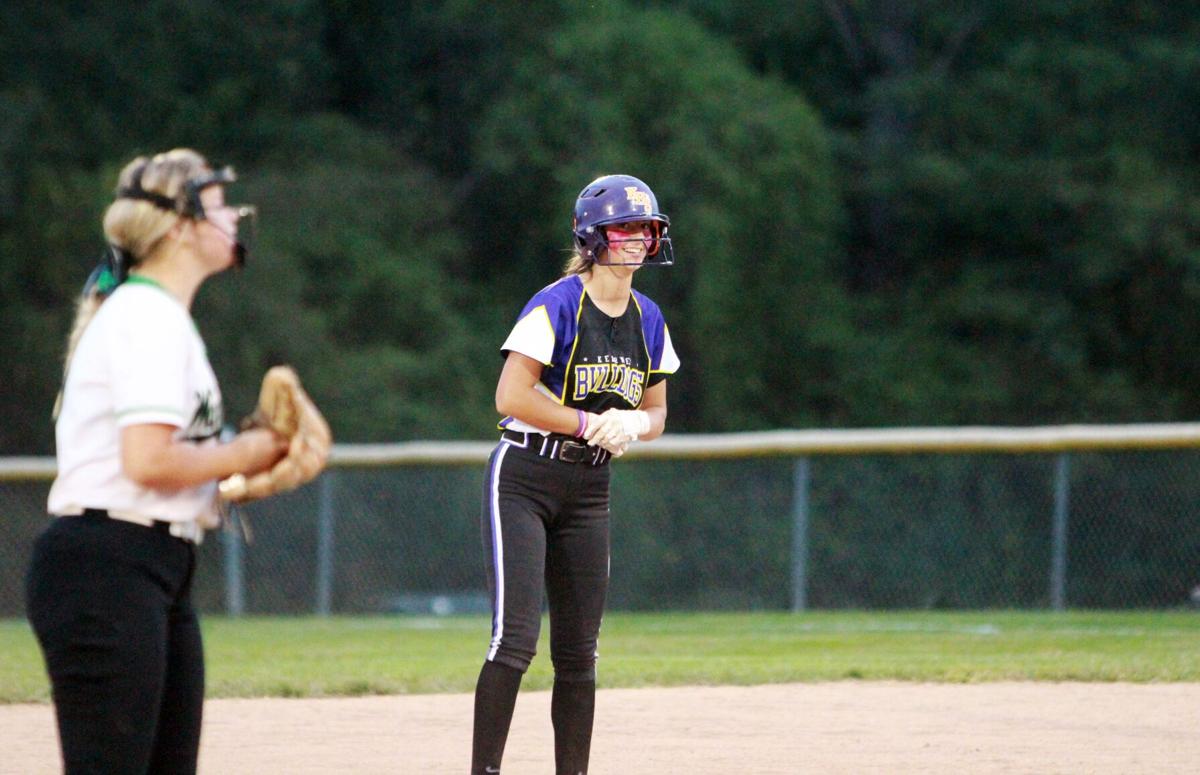 Kailey Rose smiles after reaching second base against Smithville on Tuesday, Oct. 6

Kearney’s Elysia Hand slides into second base against Smithville on Tuesday, Oct. 5.

Kailey Rose smiles after reaching second base against Smithville on Tuesday, Oct. 6

KEARNEY — Early runs helped secure the victory for Kearney as they defeated Smithville 4-2 on Tuesday, Oct. 5.

The Bulldogs took the lead in the first inning and kept adding to it with runs in the third and fourth inning. It was the energy from Kearney that was important in the victory over Smithville, according to head coach Katelyn Birchfield.

“The energy needs to be up, especially against a very good Smithville team,” she said.

Kearney stood strong in the latter half of the game as Smithville mounted a comeback. The Warriors scored two runs in the sixth inning with runners on base. Birchfield came out of her dugout to chat with her pitcher, Sela Lowrance.

“I was trying to break up the momentum a little bit,” Birchfield said. “I gave her the confidence that I believe in you and I have the confidence in your defense.”

Birchfield was right, Lowrance’s pitching and her defense responded by not allowing any more runs. Kearney was able to secure the victory as Lowrance earned the win from the circle while batting 2-3. Her teammates, Jadyn Barnes and Kailey Rose, also went 2-3 while Elysia Hand batted 2-2.

“I am very proud of them. Our kids were able to hit well and have quality at bats,” Birchfield said. “It was an overall great win for the team.”

Kearney has won five of their last six games. The team is playing its best softball of the season.

“This is what we want, we want our best ball towards the end of the season and I feel like, we are there. We are playing our best ball,” Birchfield said.