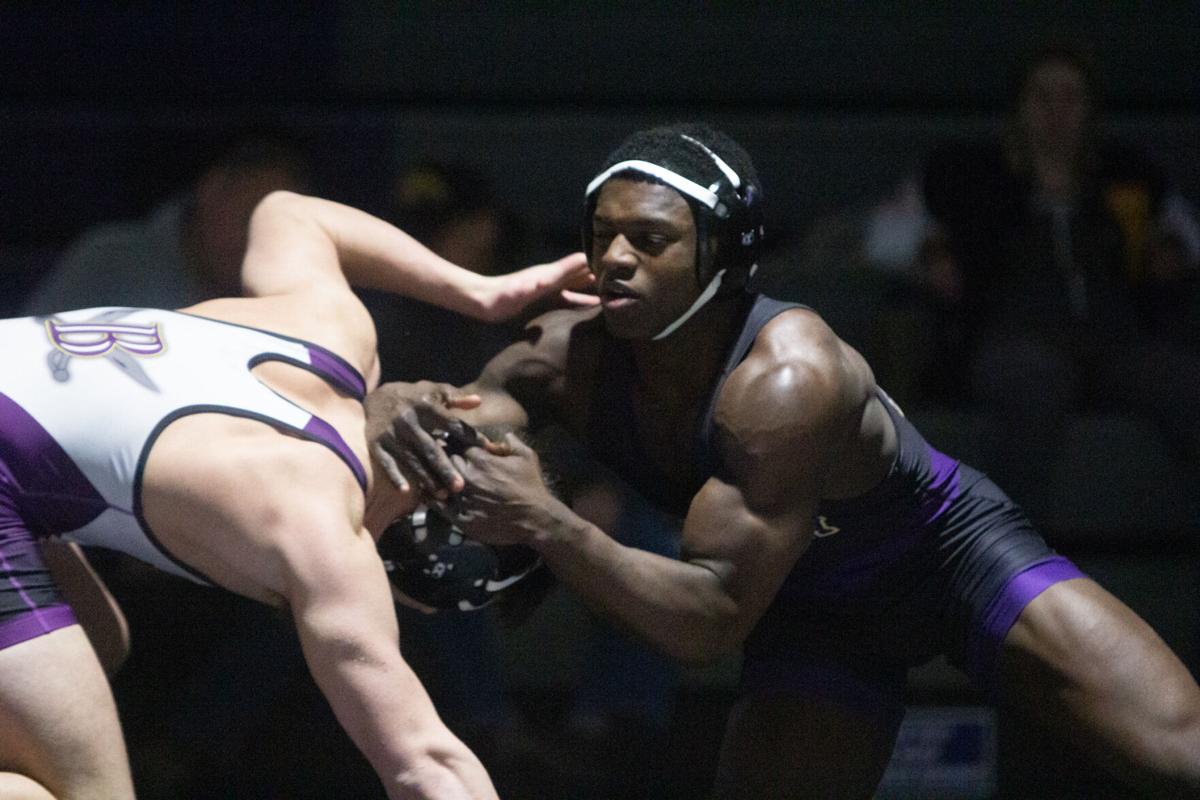 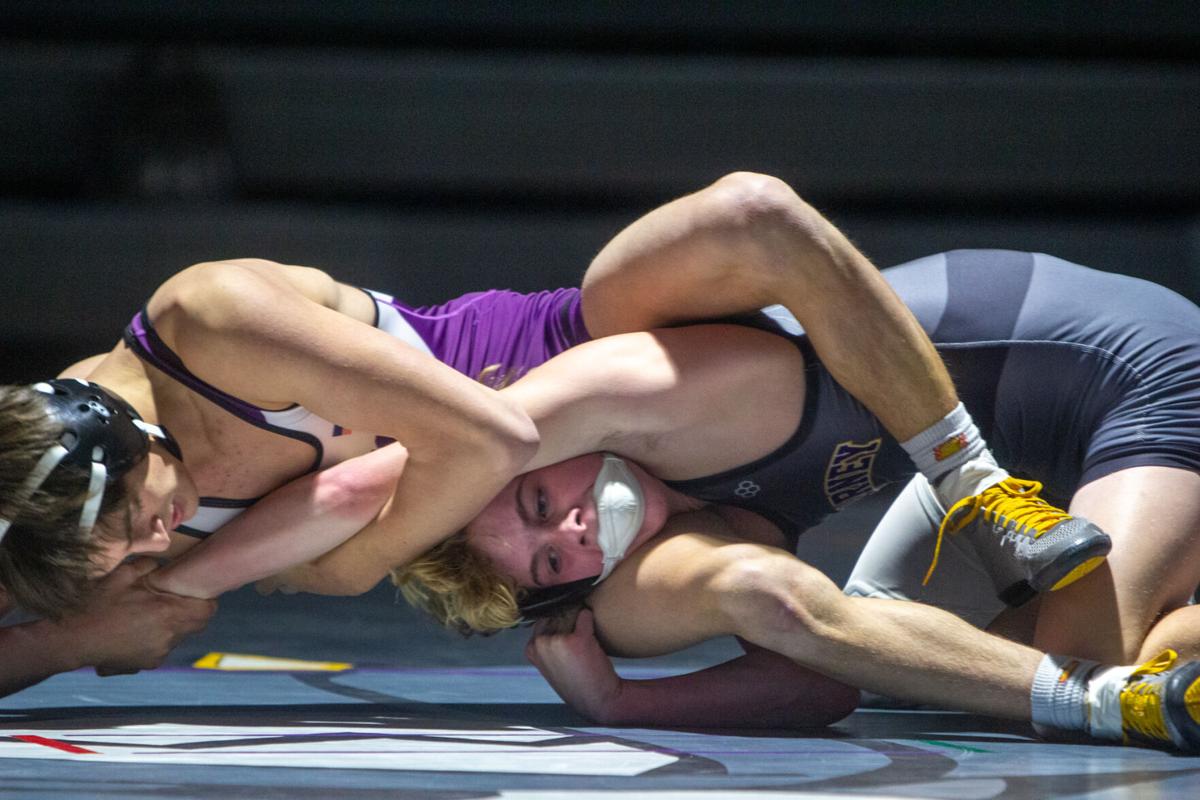 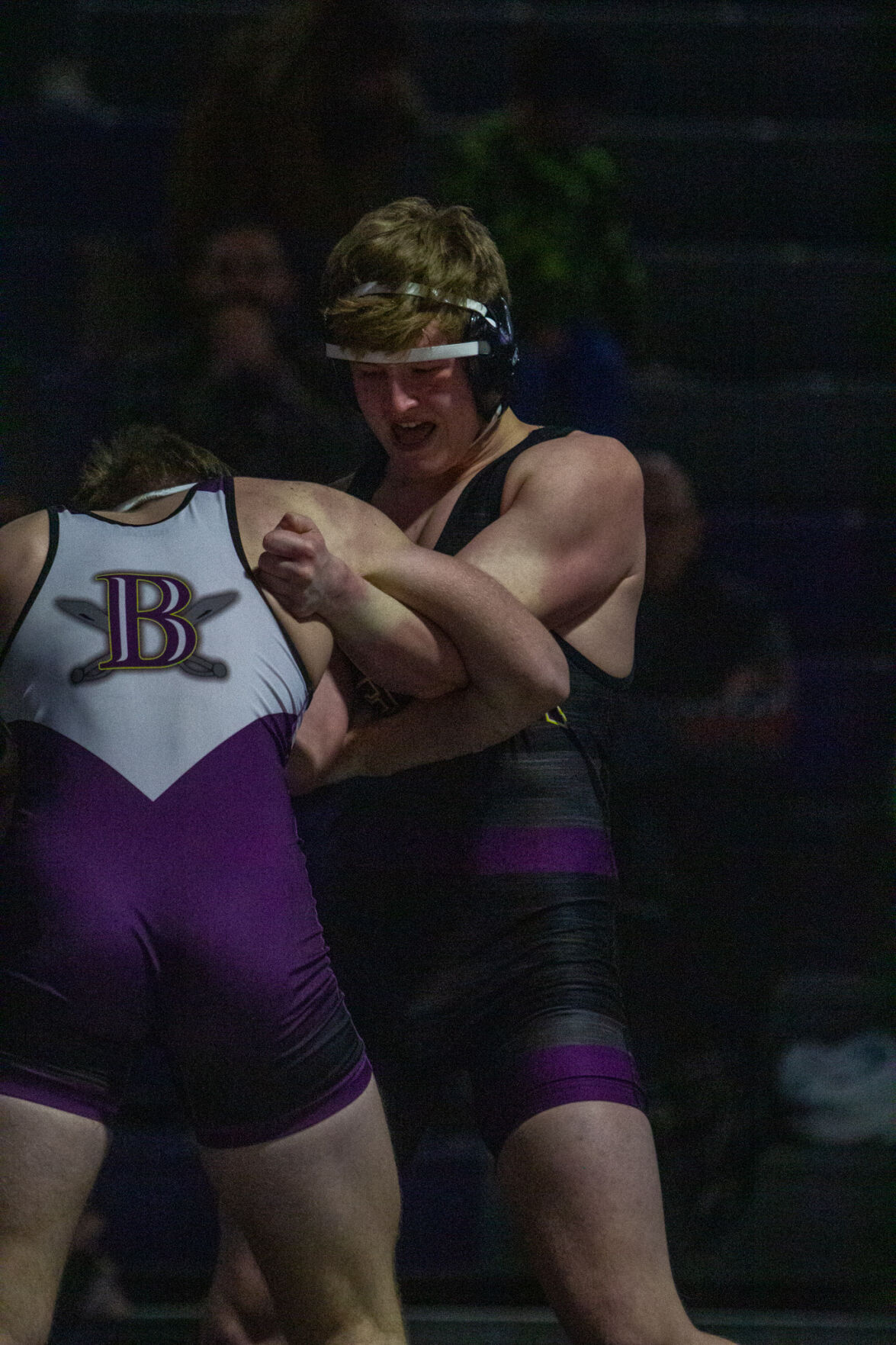 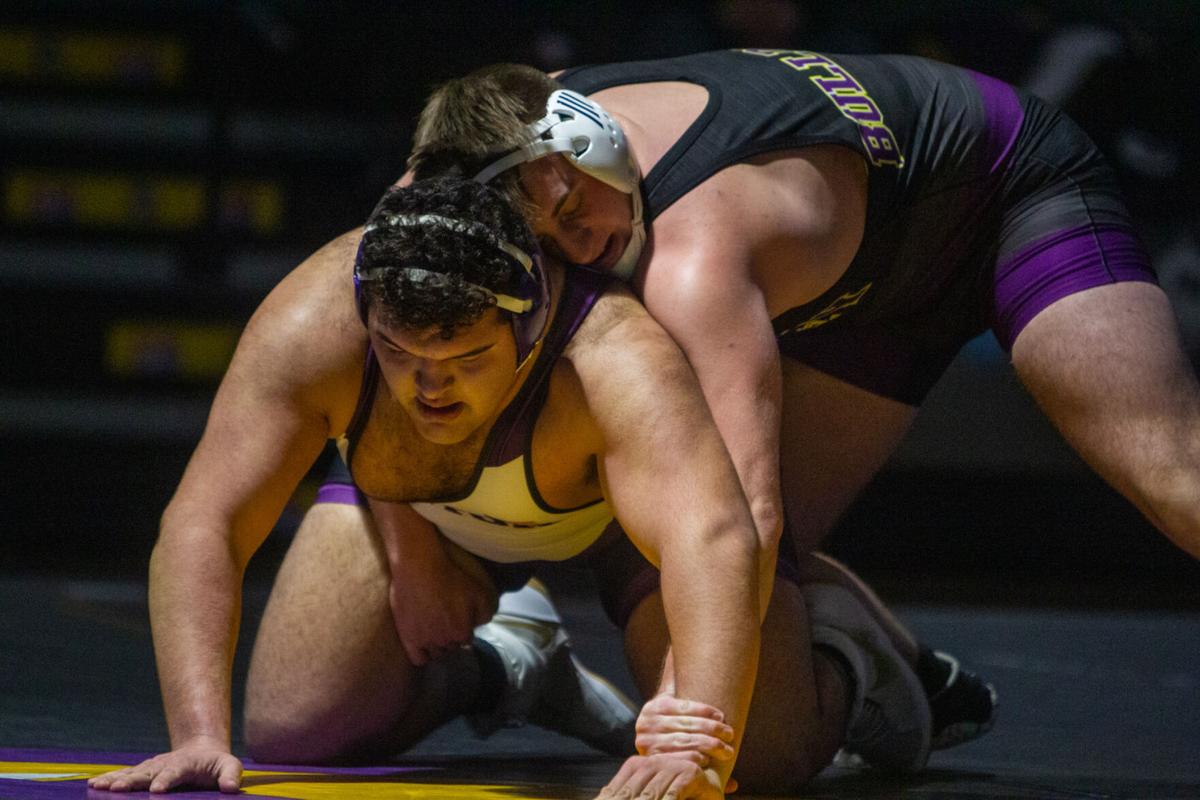 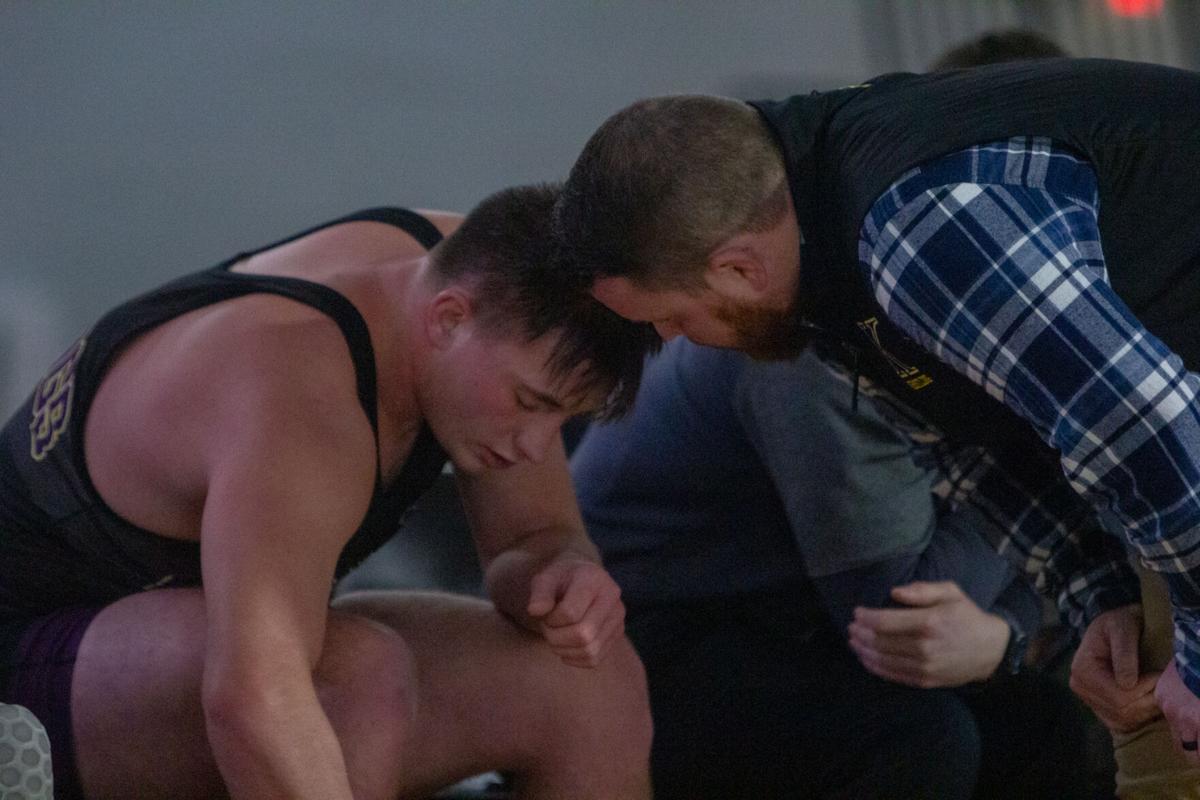 Kearney’s Zach Olson shares a moment with head coach Jake Hill after his match against Belton on Thursday, Jan. 6.

Kearney’s Zach Olson shares a moment with head coach Jake Hill after his match against Belton on Thursday, Jan. 6.

KEARNEY — On Thursday, the Bulldogs took down Belton on the boys and girls side. The boys won 34-20 while the girls won 42-42 on tie-breaking criteria.

The boys were led by freshmen that shined in another duel meet. Freshmen Ryder Shelton, Brennan Green, Blaine Turpin and Eli Helberg all came away with victories for Kearney. Head coach Jake Hill shared that his team may be young, but the progress that they have shown has been impressive.

“The biggest win of the night was in 126, our freshman Blaine Turpin,” Hill said. “He got the win over a multiple-time state qualifier.”

Senior Zach Olson was bumped up to heavyweight as he tried to come away with the win, but ultimately lost 2-1 in a really close match.

Regardless of the result, Hill was pleased with Olson’s performance.

“We bumped him to heavyweight because we knew it was going to be important to save team points,” Hill said. “We didn’t get the win there, but he did everything we asked him to do.”

The Bulldogs’ season will continue this weekend as they head to Excelsior Springs for a tournament against a host of schools. The tournament begins at 9 a.m. on Saturday, Jan. 8.

“We are a young team, but they are figuring it out,” Hill said. “The Stampede was the start of that and we have carried that momentum through Christmas break into this duel.”