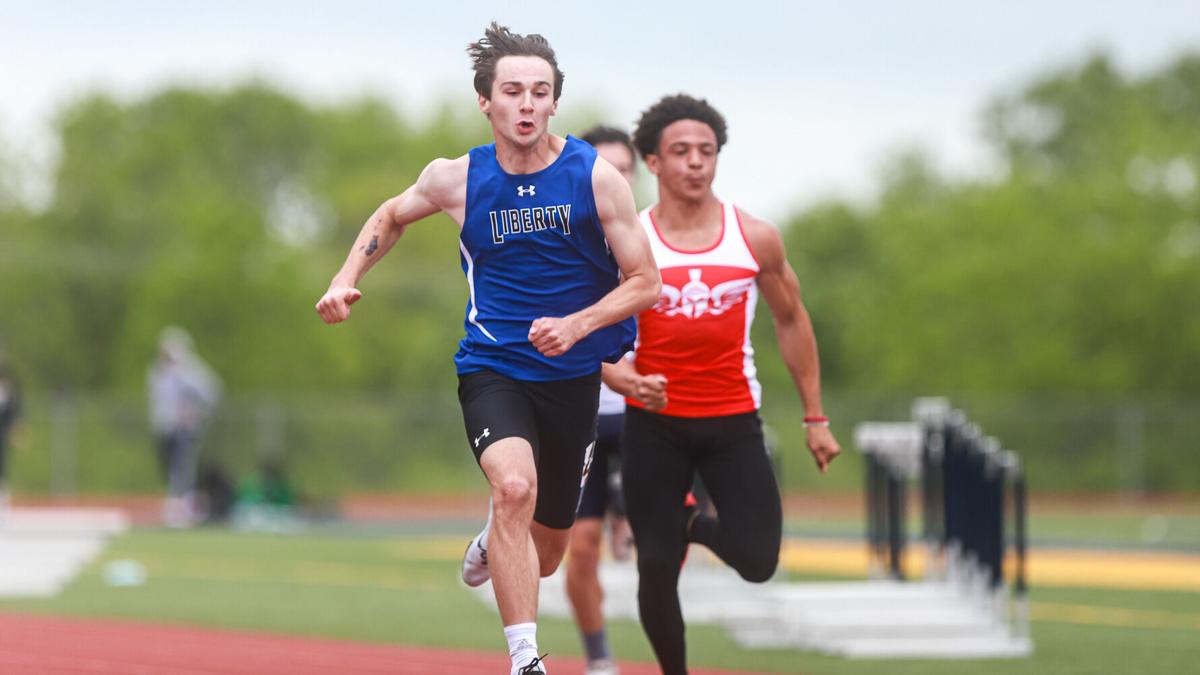 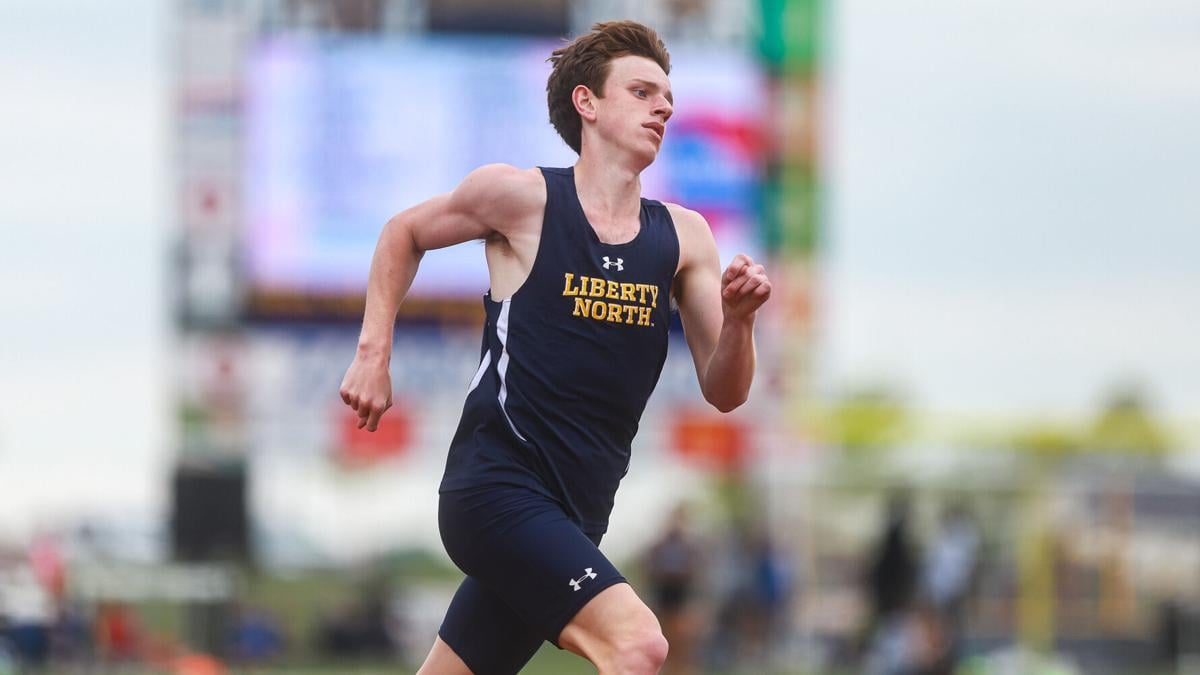 The Blue Jays scored 148 points to edge out crosstown rival Liberty North at 146 points, with Park Hill landing a distant third at 113 points.

Liberty earned an early jump in points thanks to field events, particularly jumper Javion Byers. The senior won the district title in the high jump with a leap of 1.88 meters, as well as finishing runner-up in the triple jump and third in the long jump.

Hare caused audible gasps from the crowd when he anchored the 4x200-meter relay team with Dennis, sophomore Jack Carbajal and senior Elvin Binagi. Hare received the baton with a considerable amount of ground to gain on the Park Hill team. He seemed to take the lead almost instantly as the team won the race with a time of 1:29.92, a full two seconds ahead of the runner-up Trojans.

Three Jays earned runner-up in the throwing events. Senior Owen Carillo took second in the discus with a throw of 46.81 meters to set his personal record.

Keegan Maynor took fourth in the discus with his throw of 44.45 meters, edging out the next thrower by less than half of a meter.

Senior Brady Maher earned a third-place finish in the 1600-meter run while Thornburg took fourth in the 3200. Maher also narrowly missed qualifying for sectionals in the 800 with his fifth-place finish.

The Eagles almost caught up with the Blue Jays by winning the district title in six different events.

Junior Ethan Lee earned the most gold with his winning performances in the 800-meter and 1600-meter run to go along with two wins in relay events.

The duo have maintained a 1-2 punch in those events in all but two 1600 meets this season. Lee has won all of his races in those two events and has maintained the best times of Missouri high school athletes in both events for most of the season.

The tandem also teamed up with seniors Elias Ealey and Cade Gardner in the 4x400-meter relay and with freshman Collin Kleinhen and sophomore Grayson Tapp in the 4x800-meter relays to take first in those races.

The 4x400 team finished their race with a time of 3:19.85, giving them a nearly three second lead over the second best time in the state this season, set by Grain Valley on the same day in the Missouri Class 5 District 7 meet.

Gardner earned an individual district title in the 400-meter dash, setting his PR with a time of 49.99. Ealey also set his PR to take runner-up with a time of 50.01. The short distance teammates rounded out their sectional qualifying in the 200-meter dash with Ealey taking third and Gardner taking fourth.