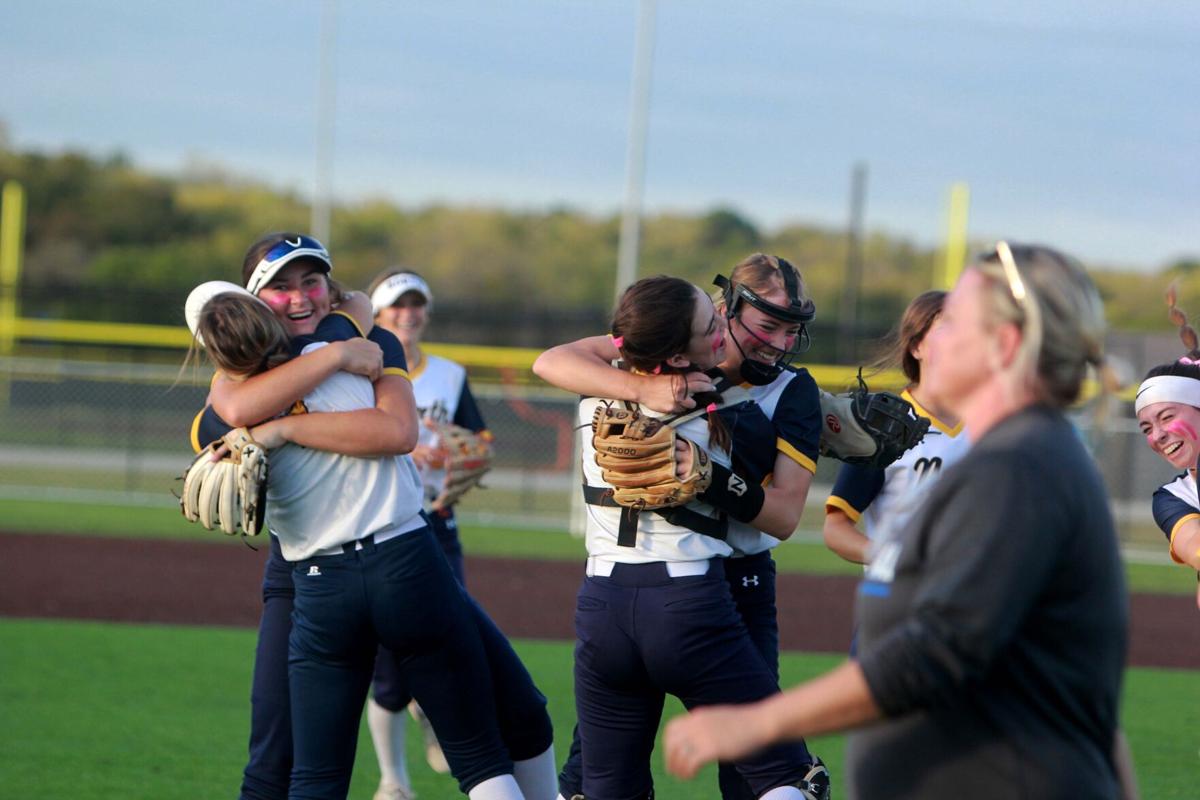 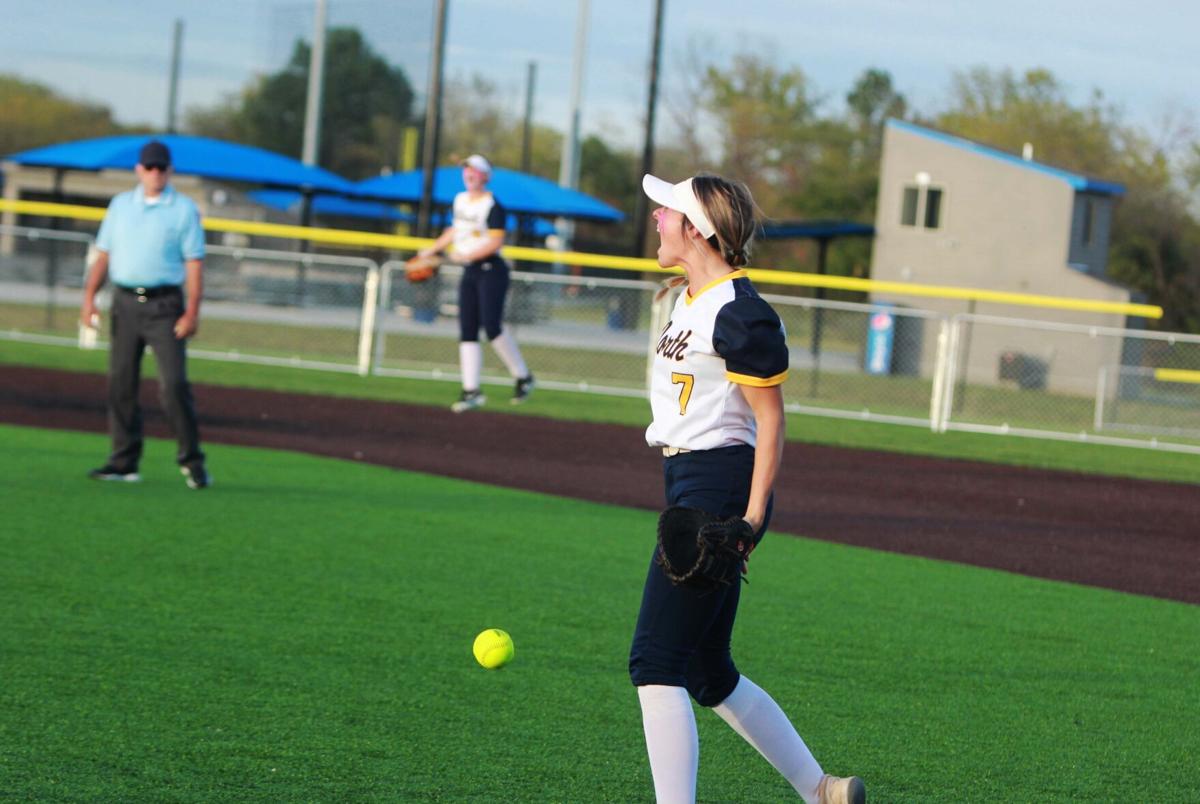 Kayley Lenger reacts after the final out of the District Championship on Thursday, Oct. 14.

Kayley Lenger reacts after the final out of the District Championship on Thursday, Oct. 14.

Liberty North was down 2-0 to the Indians after the top of the second inning, but the Eagles battled back.

The bottom of the second inning was massive for Liberty North as they scored six runs in the bottom of the frame to take the 6-2 lead. It was capped off by a home run from first baseman Kayley Lenger.

Kiana McDowell commanded the circle well for the Eagles as she pitched six innings, only allowing the two runs. Sabrina Rogers finished the game for Liberty North, pitching the final inning.

The win for Liberty North sends them to the state championship where they face Lee’s Summit West at the Titans’ home Thursday, Oct. 21.

Liberty North and Lee’s Summit West have faced off twice already this season with each team winning a game. The last game came on Oct. 5, when the Eagles defeated the Titans 12-2.