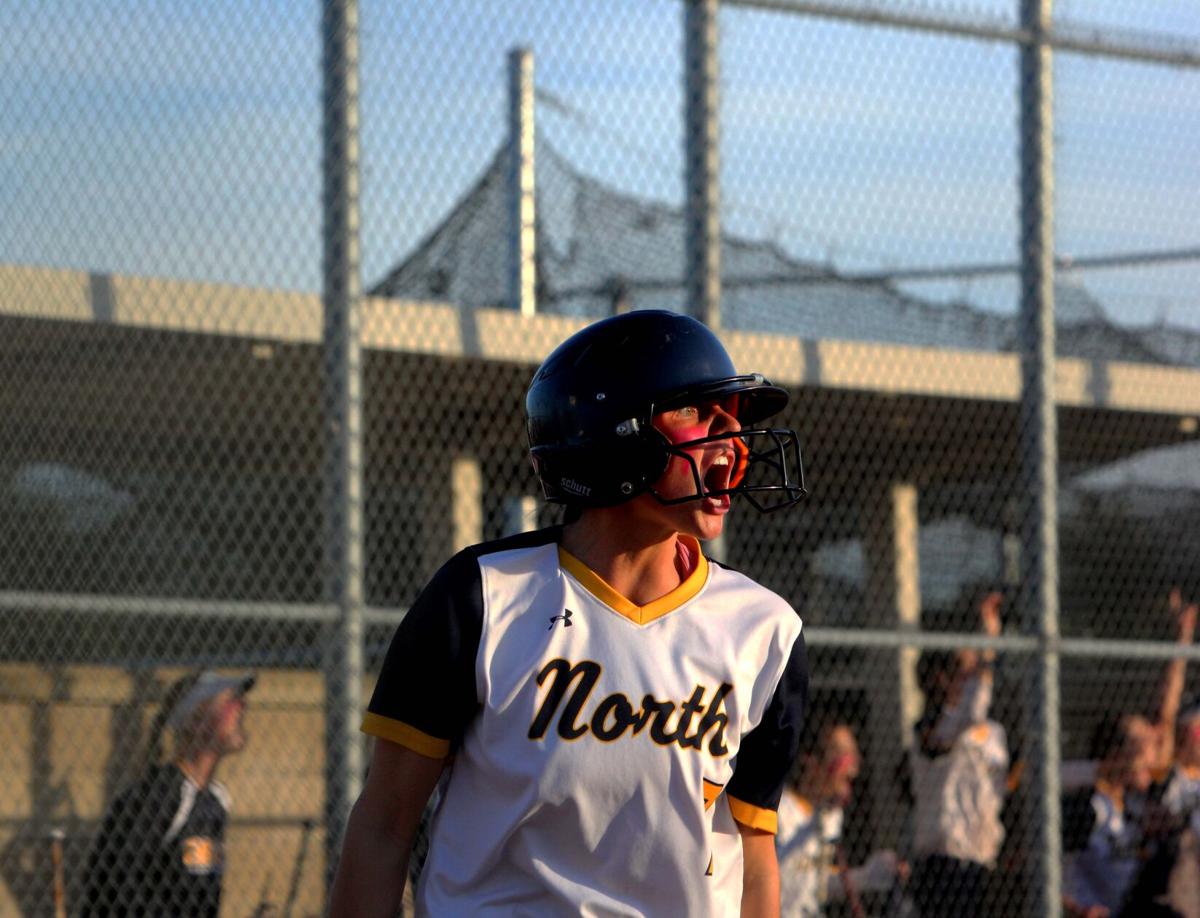 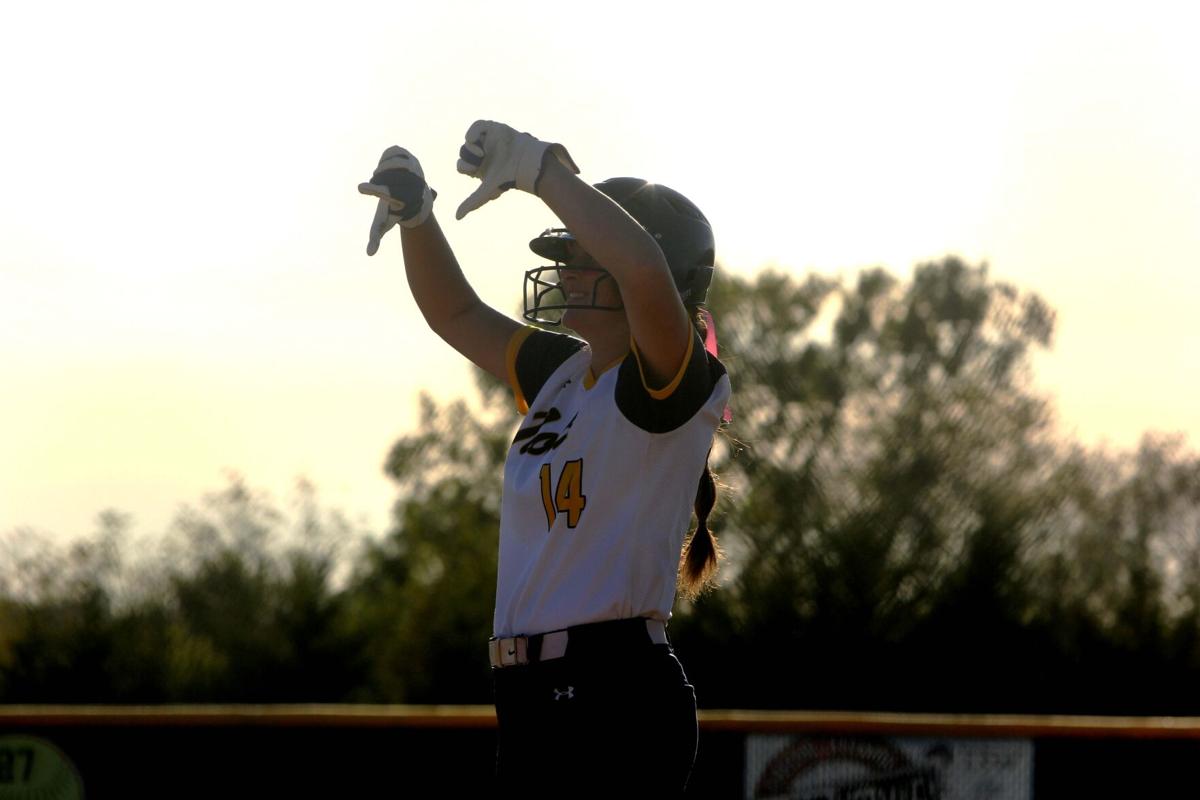 Katie Chester celebrates after hitting a RBI single during the state quarterfinals on Thursday, Oct. 21. 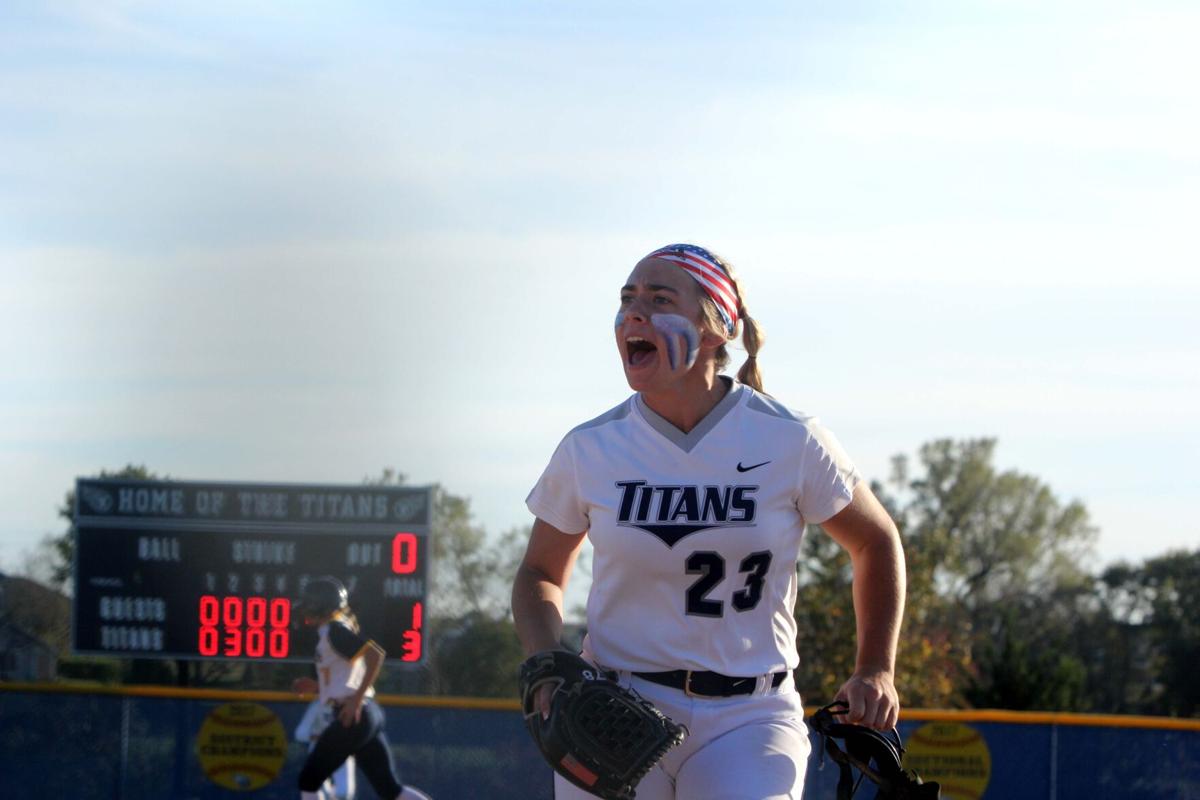 Lee's Summit West pitcher, Taylor Pannell, reacts to striking out the Eagles during the State quarterfinals on Thursday, Oct. 21.

Katie Chester celebrates after hitting a RBI single during the state quarterfinals on Thursday, Oct. 21.

Lee's Summit West pitcher, Taylor Pannell, reacts to striking out the Eagles during the State quarterfinals on Thursday, Oct. 21.

LEE’S SUMMIT — Liberty’s North season came to close in the quarterfinals of the state tournament on Thursday, Oct. 21. The Eagles fell to Lee’s Summit West 4-3 in a close matchup.

The Titans opened the scoring with three runs in the second inning as the Eagles fell behind early. The offense for Liberty North didn’t come until late in the game as head coach Amanda Self explained.

“They definitely got the first punch on us. But, my girls never said die,” Self said. “They kept hitting, they kept fighting. We made a stand for it.”

Liberty North’s two biggest chances came in the final three frames. In the fifth inning, the Eagles had the bases loaded with one out when Katie Chester came to the plate. The senior third baseman drilled a single into the outfield gap.

“There are no words to describe Katie Chester,” Self said. “She is a force to be reckoned with. She is one who inspires others with her actions on the field through her leadership.”

The Titans responded with two strikeouts in a row as the Eagles left the bases loaded down 3-1 entering the bottom of the sixth inning. Lee’s Summit West answered with a solo home run shot that almost had the home team winning 4-1 with one inning to play.

In the top of the seventh inning, Chester was able to knock home another run with a stand-up double to right field. The Eagles were able to bring another run home, but it was not enough as the Titans held on for the win.

“It was an incredible ride,” Self said. “We set goals at the beginning of the year and we surpassed those goals. They took our challenges and did so much more with them.”

Liberty North finished the season 22-12 with the title of district champions.

“We have better players walking out than we did coming in,” Self said. “Our team and our program has grown from this experience and I am excited to see where we go from here.”