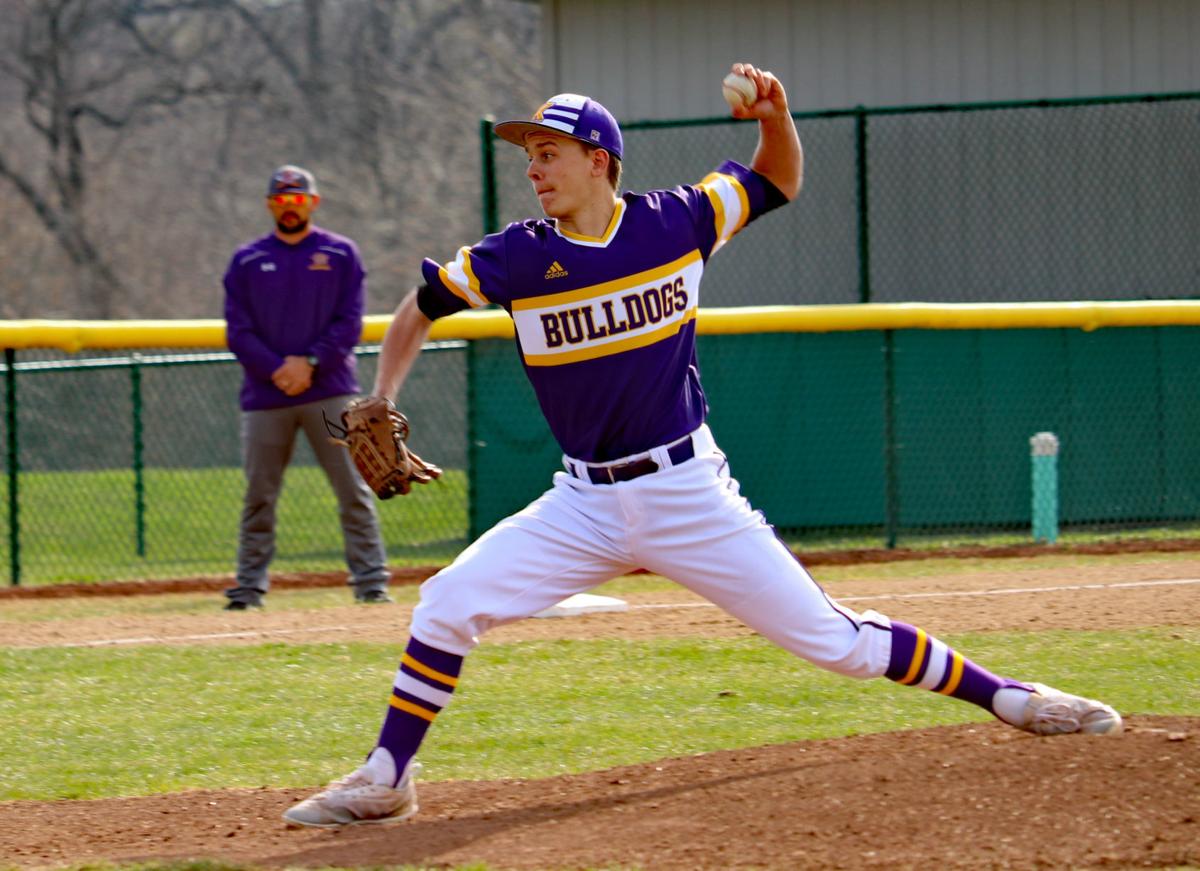 Senior pitcher Grant Nicholson leads a group of five returning pitchers who had significant time on the mound for the Bulldogs last year. Nicholson is pictured pitching against Belton in 2018. 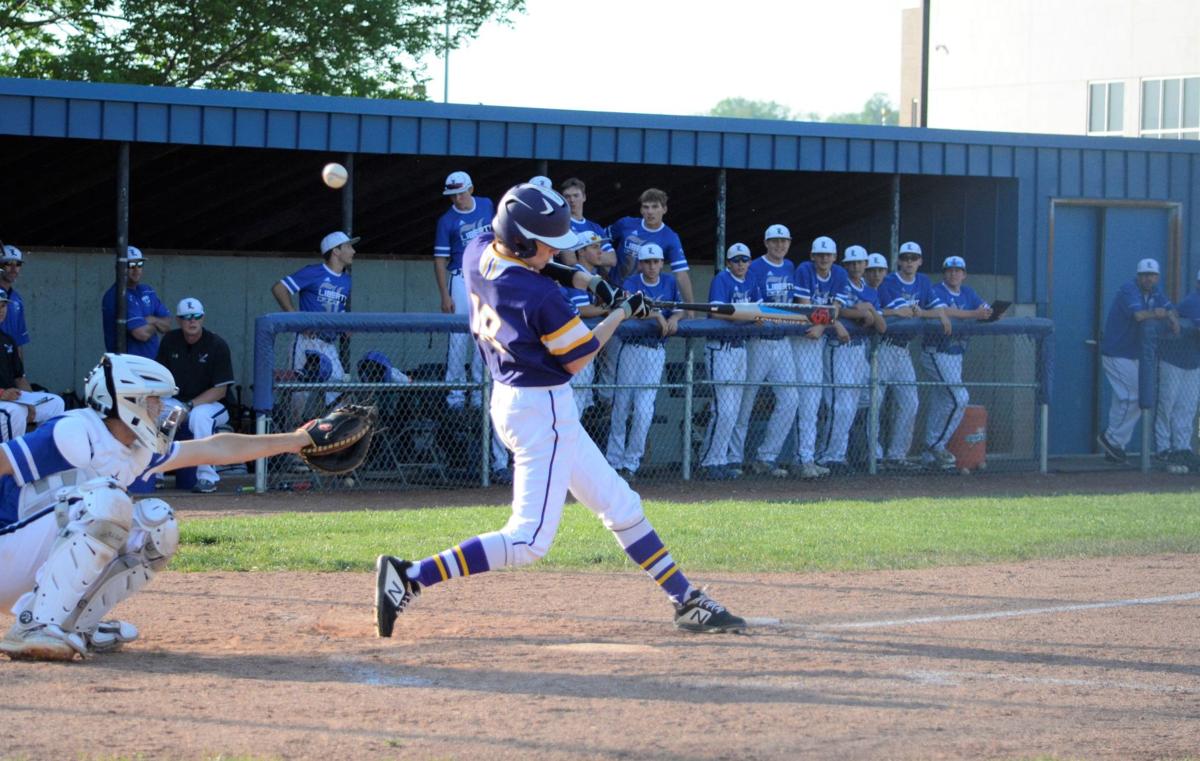 Kearney senior Austin Brewer leads a veteran group into the 2019 season as the Bulldogs look to build off of a district title game appearance. Brewer is pictured hitting a foul ball during that game against Liberty.

Senior pitcher Grant Nicholson leads a group of five returning pitchers who had significant time on the mound for the Bulldogs last year. Nicholson is pictured pitching against Belton in 2018.

Kearney senior Austin Brewer leads a veteran group into the 2019 season as the Bulldogs look to build off of a district title game appearance. Brewer is pictured hitting a foul ball during that game against Liberty.

KEARNEY — The Kearney boys baseball team finished the 2019 season at 19-12 with its deepest finish since it joined Class 5, advancing all the way to the district championship game before losing 5-0 to Liberty.

The Bulldogs have used the success of reaching and the pain of losing that game to push themselves even harder this offseason.

“It was definitely a fuel to our fire coming into this year,” senior pitcher Grant Nicholson said. “Hopefully we get a chance to go out there this year because it fueled me and my teammates to take that next step forward.”

Nicholson, a Kansas State University commit, returns from a first team all-conference season where he started 10 games and had a 2.83 ERA, earning 87 strikeouts in 47 innings. He is one of five returning pitchers who had significant time on the mound for the Bulldogs last year.

“I had high hopes for this season,” Remley said. “I think they’ve worked hard in the offseason. I think we have a couple of good arms, then we have some depth with some guys stepping up in tryouts, the first week practice type of process.”

Remley said those young guys will need to figure out how to hit at the varsity level. That became no easy feat when the season was put on hold until at least Friday, April 24, as schools have closed due to the coronavirus pandemic.

The team was only able to see live action in exhibition games during a jamboree on March 14 against Park Hill, Park Hill South and Fort Osage at Creekside Baseball Park in Parkville.

Some players started using local batting cages after the school’s facilities closed down on March 17, but Remley said many of those alternative options have closed as well.

“They can improve their hitting (without batting cages), but I think once the season starts the bats will be behind because you can keep throwing a little easier than you can find a place to go hit,” he said.

Bolles, who earned first team all-conference honors at first base while also getting seven starts at pitcher, agreed with his coach’s assessment.

“I can go out in my front yard with a net and a tee and I can get swings in, but it’s just hard not being able to really see it from a pitcher,” Bolles said. “You can’t really work on your timing and stuff like that.”

Nicholson thinks pitching presents similar issues though. The Bulldogs ace said throwing into a net is harder because you can’t visualize a batter in the box and a catcher at the plate.

“With social distancing, I don’t have much of a catcher for me,” Nicholson said.

His normal catcher, junior Kandon Sheley, is part of a group that only needs to replace four key starters after the graduation of pitcher Grant Hibbs, outfielder Luke Vickery, third baseman Chase Crockett and second baseman/pitcher Jason Jakubec. All four were all-conference selections.

'What do we know today?': Big Ten doctors keep eyes on protecting athletes amid COVID-19 pandemic